How lovely to be back in the cosy world of canals, no current and little more than 3 ft of water if disaster strikes. But this does not last for long as the Nottingham Canal is short and quickly becomes the Beeston Cut leading the Beeston Lock and a return to the raging Trent. 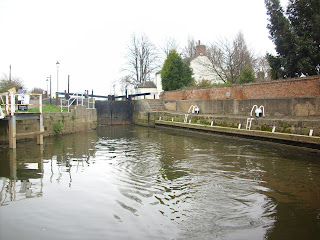 The current was still strong but the depth has reduced to “only just amber” and we seemed to be through the worst. We did as the sign suggested and “Proceeded with caution”. Judging by the debris on the banks the levels bust have peaked in the red zone whilst we were working our way up the tidal section - just our luck after a remarkably dry and flood free winter. 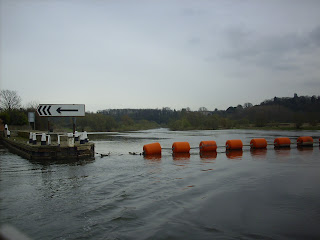 The currents really picked up in the shallow reaches below Cranfleet Cut and we were relived to take temporary leave of the river. The bad weather in the Fens had left with more time than anticipated so we decided to use two days to explore the Erewash Canal which leaves the Trent at Trent Lock, opposite the confluence of the Trent and the Soar.

The Erewash won’t win any awards for its loveliness. Whilst the locks are broad the channel is narrow in the extreme and in places it suffers from a bottom which is far too close to the surface… Weeds line most of the route, liberally sprinkled with all manner of plastic waste and industrial debris. Added to all this, the lock gear is poorly maintained and many reaches are uncannily similar the more desolate parts of the BCN. 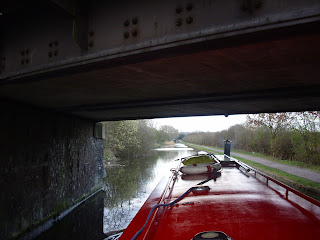 We hit real trouble in Long Eaton as we passed some school playing fields. One of the goal nets had found its way into the cut and then into a tightly wound ball round our prop. This took an hour and a half to clear using a selection of implements including a serrated kitchen knife. This represents out all time worst trip down the weed hatch. Long Eaton morphed into Sandiacre which was a pleasant town and we settled on the Red Lion as a suitable drop off point for Sal the next day, from where she would return home by car, picking up Tilly from school along the way. We pressed on beyond Sandiacre with its converted lace mills and ducked under the roaring A52, which roars overhead. 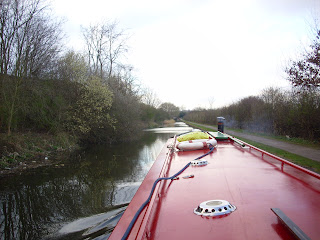 We finally reached what could pass as countryside only to be confronted by the M1 and another ear splitting cacophony. The cut became narrower and shallower and our progress stirred up masses on noxious filth, even in the centre. We eventually identified a short length of new piling by a park at Gallows Inn Lock, which had just enough depth to bring Wand’ring bark alongside. This proved to be a surprisingly good mooring all things considered – one to remember for the future.
Posted by Andy Tidy at 11:06 pm