Beyond the navigable section leading to Whixall Marina there is about a mile of in water canal, but cut off from the rest of the watered section by a mud berm (no Inspector Clouseau jokes please) and a bank of reeds. 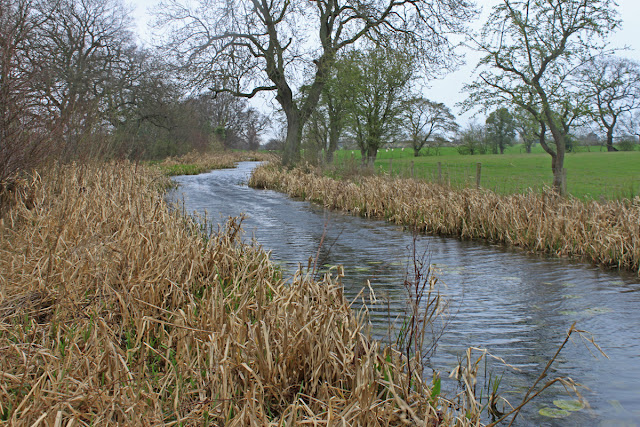 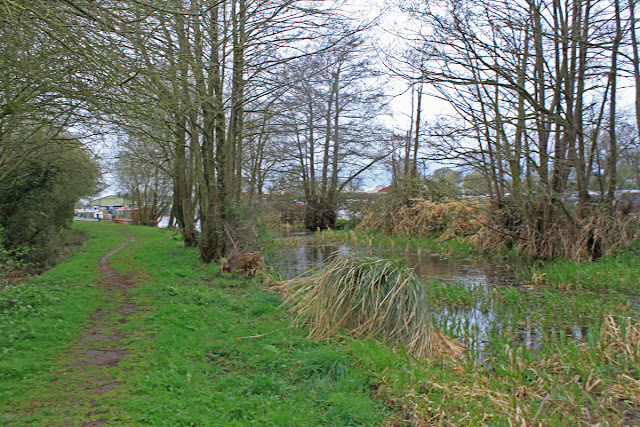 The waterway is referred to as Shropshire's longest pond and the associated towpath offers an excellent nature walk, the clear waters supporting an array of unusual plants and animals. But not all parties are quite as enthusiastic. 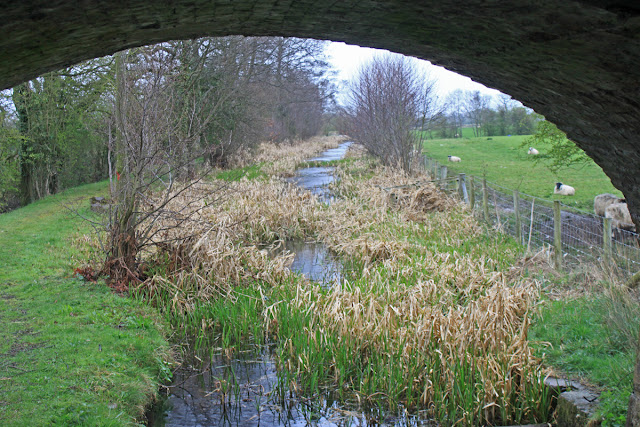 The following was lifted from the Shropshire Botanical Society's 2000 newsletter:

The Prees Branch Canal
The Prees Branch Canal is a side arm of the Llangollen which runs from the south side of Whixall Moss towards Wem. It was never completed and part of what was built has now been filled in. In the 1960s it was found to have a rich flora, including Frogbit, Red Pondweed, Needle Spike-rush, Flowering Rush, Butomus umbellatus, and the hybrid sedgeCarex x boeninghauseniana - the only place where this particular hybrid has been recorded in the county. But in the 1970s an ideological battle was fought over the development of this canal for a marina, where boats using the Llangollen Canal could dock. It was argued, successfully, that development would not harm the ecological interest of the site, and the Shropshire Wildlife Trust ended up with the southern end of the canal while the marina went ahead. Subsequently, all aquatic plants promptly disappeared from the marina and the northern parts of the canal, whilst even the reserve has subsequently and steadily declined in quality. It still has Tubular Water-dropwort, Oenanthe fistulosa, and water-violet,Hottonia palustris, but the Frogbit seems to be on the verge of extinction there. This is perhaps a lesson to be remembered for future debates on the consequences of restoration. 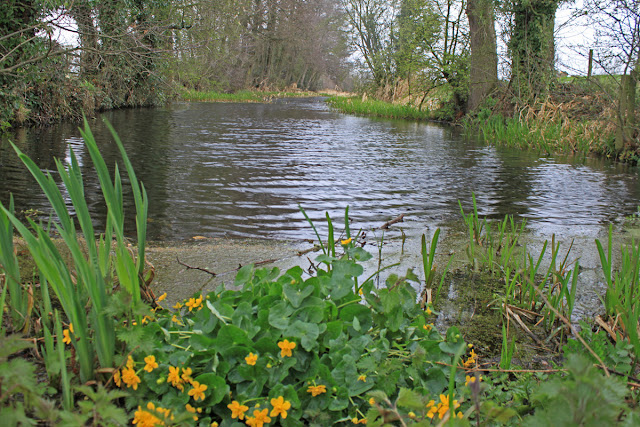 At the time of my visit sleet was driving across the canal closer to horizontal than vertical, numbing my face and finding every chink in my waterproof armour. I figured that I would have the place to myself but even in such atrocious conditions I passes an elderly couple who greeted me cheerily and explained that it is their habit to hake a country walk every Wednesday, come rain or shine. 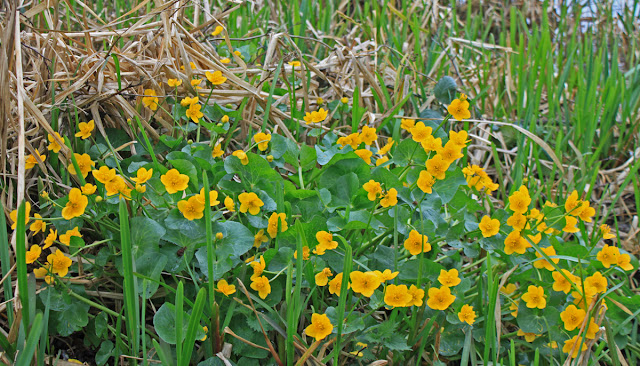 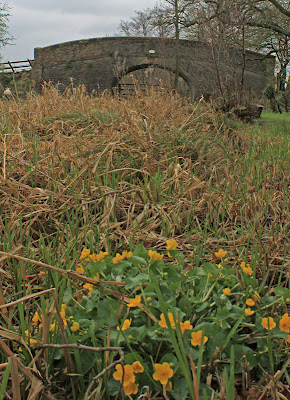 This water park, no matter how denuded it is claimed to be, offers a pleasant walk from Whixall Marina. Even if you get no further along the line of the Prees Arm, this is a walk not to be missed.