We had a plan - four days out on the water with some old friends with Market Drayton as a likely destination. 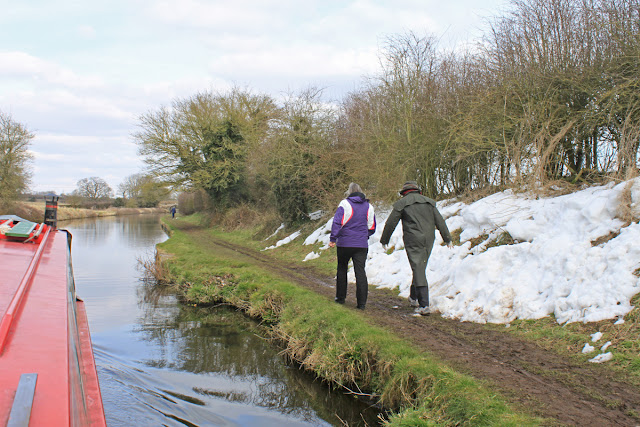 But then spring failed to materialise and we were left in the grip id winds from the Baltic, howling round the residual snowdrifts left behind from last weekend. Not the spring idyll we were hoping for! Plans were rehashed from the warmth of Malta and a limited two day trip was devised for Easter Sunday and Monday. 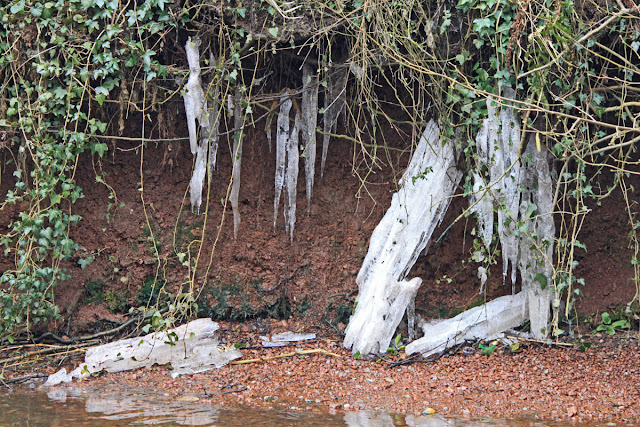 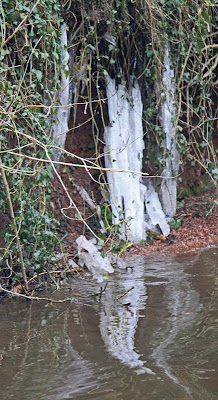 A wintry ice fall on the Shropshire Union Canal

In the event we set off on Saturday afternoon, just reaching the Fox and Anchor at Coven where we retired for an excellent meal and several pints, catching up on the months which had passed since we last met up. Of course, the boat was toasty and warm and we converted yet another couple to six handed rummy.

Sunday offered some intermittent sunshine and encouraged us to press on along the Shroppie, shaking the winter cobwebs from Wand'ring Bark. The plan was to stop at Gnosall but I forgot that the next winding hole is at Norbury so we went a bit further than planned. To my surprise a CDWF Banter was in full swing at Gnosall but as we were entertaining I didnt show my face.

Monday, by contrast, saw near zero temperatures and a penetrating wind from the east, chilling me to the bone as I steered the boat back for 7 hours. That said, it takes more than a bit of cold to put me off my boating and with the festival season rapidly approaching I cant wait to get back out there. 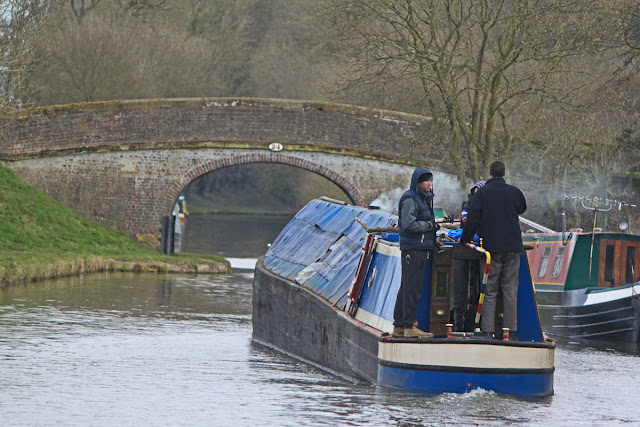 Can you recognise the un named wooden boat?

The trip offered an opportunity to test out some winter boat improvements including the new cassette loo (fully functional), the new Taff Rail (bears my weight) and the new mattress (very comfy).

Come on spring - this is getting ridiculous....
Posted by Andy Tidy at 6:00 am

Looks like the Severner motor that was at Droitwich last Easter. The wooden Severners were not named, but numbered. It has the typical Severner bluff bow, so is one of the 1929-33 batch of butty conversions (Nos 7,8, or (second use of numbers) 3-6)