A little rest and relaxation

My apologies for the lack of posts recently. The sad fact is that I have had no boating in recent weeks, and no meaningful waterways related activity - and therefore nothing to blog about!

But all that changed this weekend when we finally got a boaty fix courtesy of Barry and Sandra aboard Areandare at their winter moorings near Chester. We may not have moved the boat but we did get to spend two nights afloat tucked up snug in their front cabin, rocking with the wind and listening to the trains sighing their way past the marina.

We spent the day in Chester which offered lots of scope for photography and beer - lots of beer come to think of it. Barry's home brew, my home brew, sampling the selection of Woodfordes  bottled ales and then there was the real ale served in the Albion Inn - but more of that another day. Then there were the chocolate girls, handing out Galaxy bars to all who passed by. These chocolate girls may be generous but they had lousy memories - we were handed a bar every time we passed and we found reason to go through the cross roads no less than three times!

Barry and Sandra have made themselves very much at home in the marina, adopting a pair of persistent ducks who were as fat as they were skilled at blagging bread. But perhaps the most notable adoption is an abandoned swan whose father died and whose mother's new mate took against him. But undaunted the swan has found himself a new dad in the shape of Barry who has developed a trusting route to satisfying a swan sized hunger: 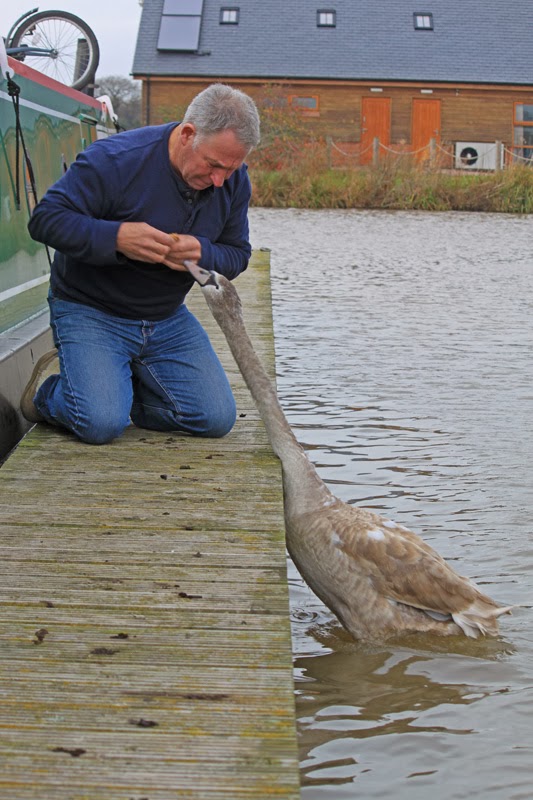 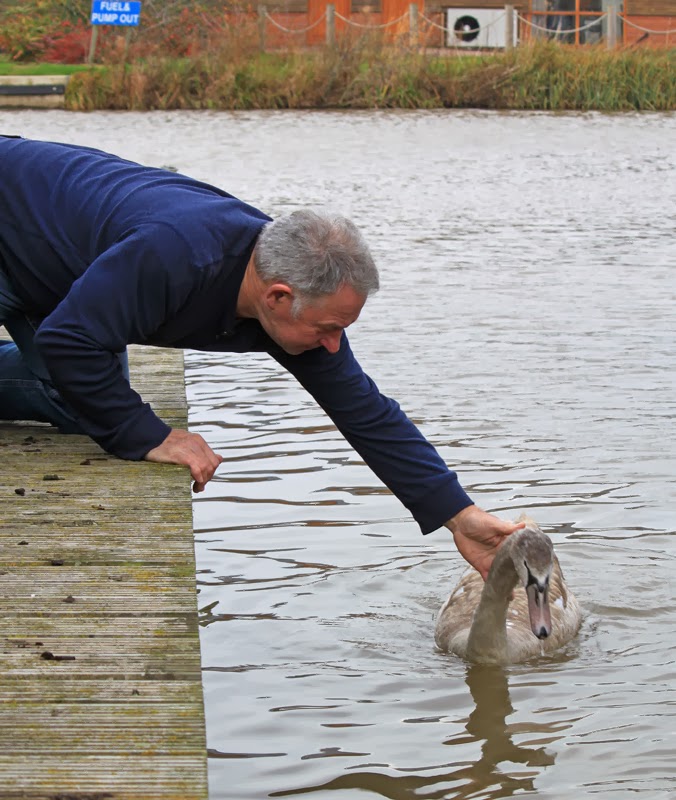 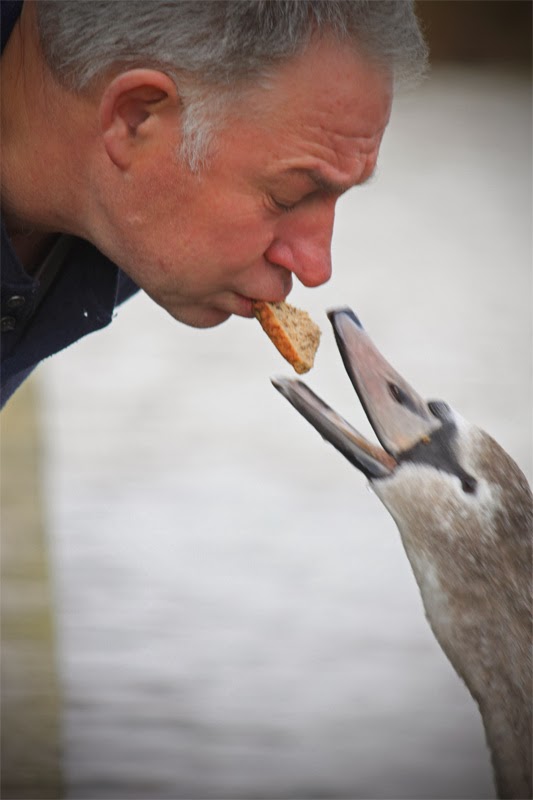 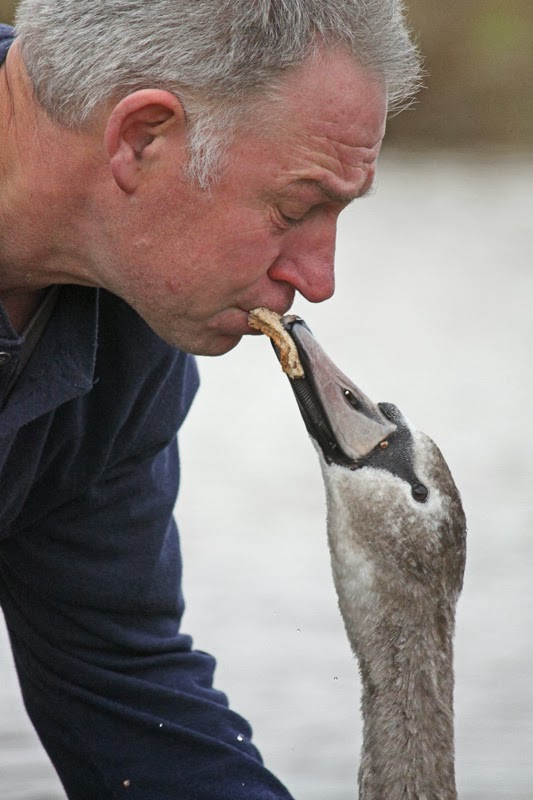 Then there was the six handed rummy which extended through the evening, northern hemisphere facing south and after three long hours we came to an emphatic stalemate - with  a drawn score and honours even. Its a shame the English cricket team cant aspire to such mediocrity!

Barry and Sandra - thanks for such a lovely weekend.
Posted by Andy Tidy at 8:37 pm

What an amazing photo! Brilliant!

(and that's a long way to go for Woodforde's!)

Halfie - I think you can guess when the Woodforde's was bought! We are making good inroads into the apples. The grapes were processed and sold, the medlars are half used and the sloes both made into sloe cordial and sold!

It was wonderful to have you both on board once again, despite the stalemate at cards lol! Great swan shots ;-)