An escape from the BCN

The title would suggest that the BCN is some sort of prison, and that's far from the truth. However, its been 18 long months since we have managed to venture beyond the 100 miles of the BCN canal system. 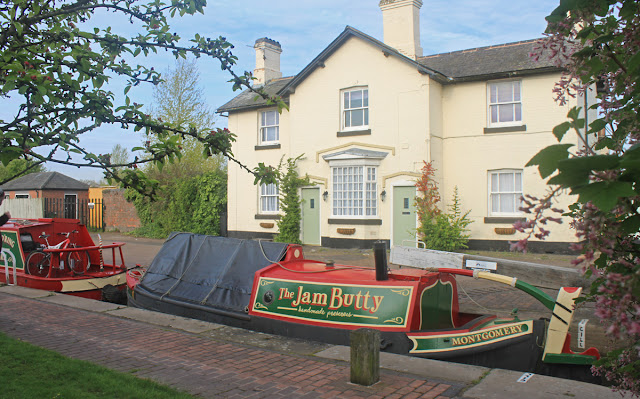 They say every journey starts with a first step and for us this was the descent of Rushall Top Lock (or the Moshies), a lock which ranks in the bottom ten in terms of usage! Progress was not rapid because no sooner were we into the "Mile Pound" than we discovered it was four bricks down. Then worse was to follow when we arrived at a completely empty pound below lock three. Needless to say the Mile Pound was down another half brick by the time we had flushed water through. 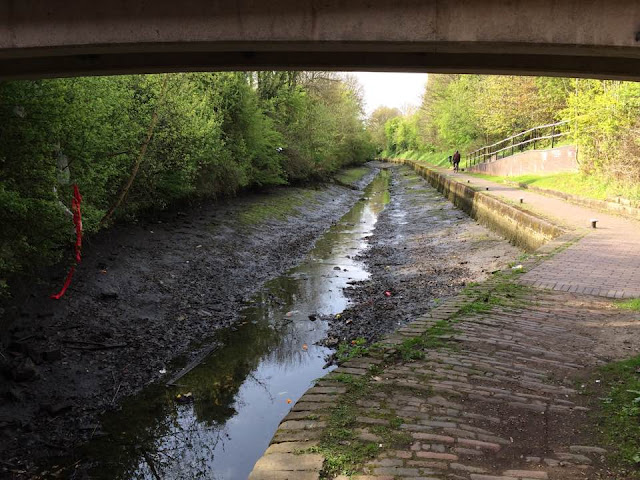 The Rushall Canal after Moses

The Tame Valley was clear of obstructions thanks to the efforts of the winter clean up squad but it was a return to filth as usual on the Walsall. We were travelling at Easter so I guess its no surprise that we encountered the yoof in Great Bridge, with about 20 of them milling around Ryders Green Bottom Lock. In spite of the motorbikes roaring up and down the towpath they were no trouble, beyond some rather aggressive questioning about the possible value of our boats. I was really grateful to have Dan's considerable presence on the towpath.

The area around the supermarket is atrocious, with shopping trolly reefs emerging from the surface all around. We probed our way into these obstructions and managed to find a passage with metal scraping both sides of the hull.

Our planned destination was the Tividale side of the Netherton Tunnel but as we made good progress we pressed on heading for Windmill End where we found four other boats and moored for a peaceful night overlooking the site of the Black Country Boating Festival. 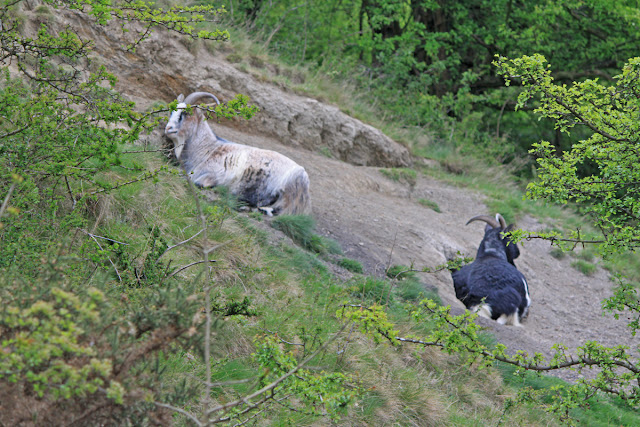 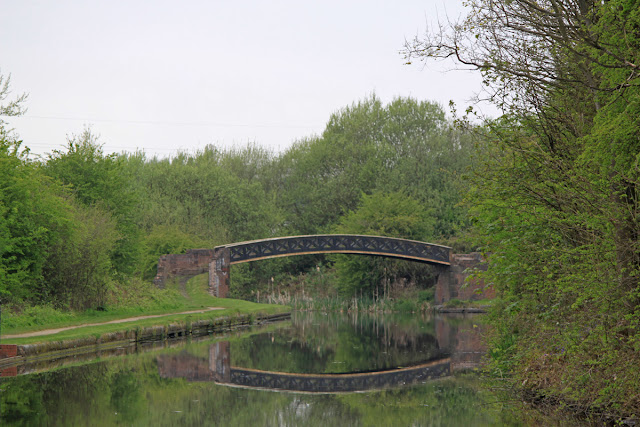 Day two dawned clear and bright so we were off by 8.00am and took advantage of the services at Blowers Green. As it turned out there was quite a mele of boats coming and going from both directions, and one which pulled in behind us had the unique privilege of being our first customer of the journey. I loved the patriotic brolley hats! 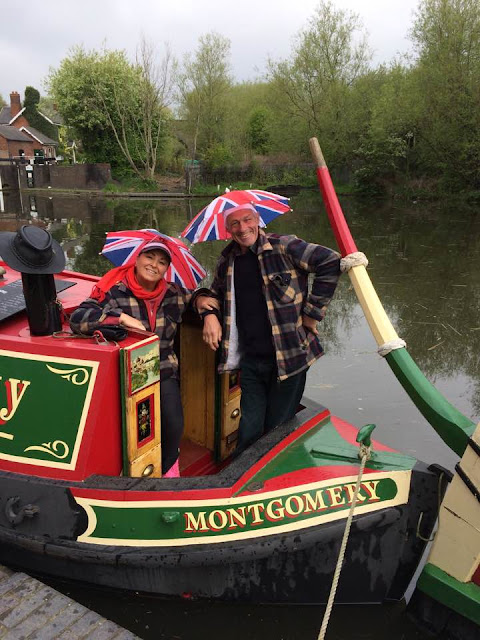 First customers of the trip at Blowers Green

Just as we came into Merry Hill I was informed that a water pipe was leaking inder the sink - great! It was a dodgey joint which was quickly fixed with no damage incurred. 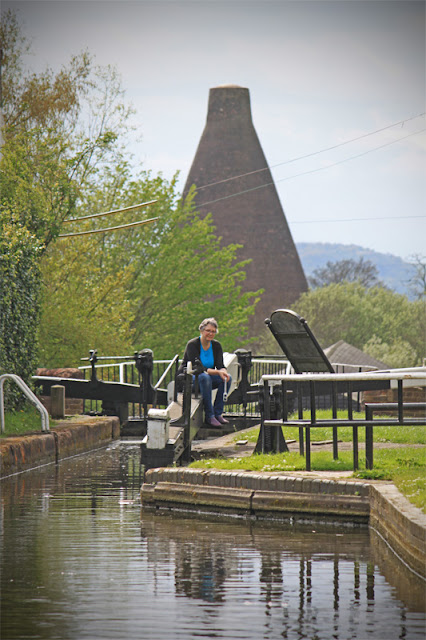 The Delph came and went, as did the Stourbridge 16 and we moored for the night at the site of the breach at Primrose Hill, just short of Stourton Junction.

It would not be property boating without the usual mishaps! We went out for just 2 days at Easter, on the first day we had a 3 hour delay owing to air in the fuel supply and then the next day a 4 hour delay owing to a fallen tree at Stourport! It makes the journey memorable though. Nb Shorelark

The engineer was talking about the delays the tree caused.
Whilst a new gearbox isnt great it is testimony to the fact we have used the boat a lot!