Well, I have finally got cracking on the next series of Canal Hunter, starting off with the elusive upper half of the Bentley Canal and the Neachells Branch. 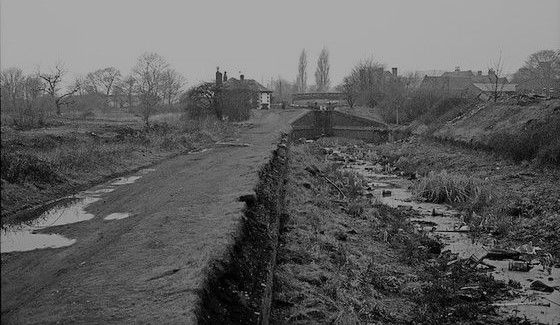 This section has been heavily built over, but thankfully there are lots of photos to fill in the gaps.

Here is an easy link to the video:

Captain, have you seen the art installation on Wednesfield Way Wolverhampton?
It's on the left adjacent to the set of traffic lights where you can turn right into Waddens Brook Lane.
It's not exactly on the line of the Bentley Canal but seems to be a kind of memorial feature built at the closest possible location.
It has the look of a double lock set with 4 sets of balance beams, mooring bollards and the canal in Staffordshire Blue bricks.

Worth a look next time you're in the area.

Hi Andy, just discovered your YouTube stuff, really interesting films. I had my first canal voyage in a canoe between the first 2 locks at Bentley bridge in about 1970! The locks were in ok condition then. I went to Wards Bridge high school between 1869&1974 we used the canal for canoe slalom practise, & there was a convenient hole in the hedge to get to the towpath at lunchtime. There was a complete set of BCN boundary posts between wards bridge & the Bentley canal junction.
Wolverhampton missed a great oportunity not incorporating the canal into Bentley bridge retail park. But I believe that the cost of culverting the canal in the 70s showed the way for the cheaper option of keeping them open, ie Parkhead locks, opened for very little outlay in 1973.
Looking forward to more content!