This post continues to follow the lost loop of the Old Mainline Canal between Tipton and Bradley, covering the section Summer Hill to the Wednesbury Oak Loop.

The number of archive photos we have found have grown over the years and there are now too many to cover the entire line from Bloomfield in one post. 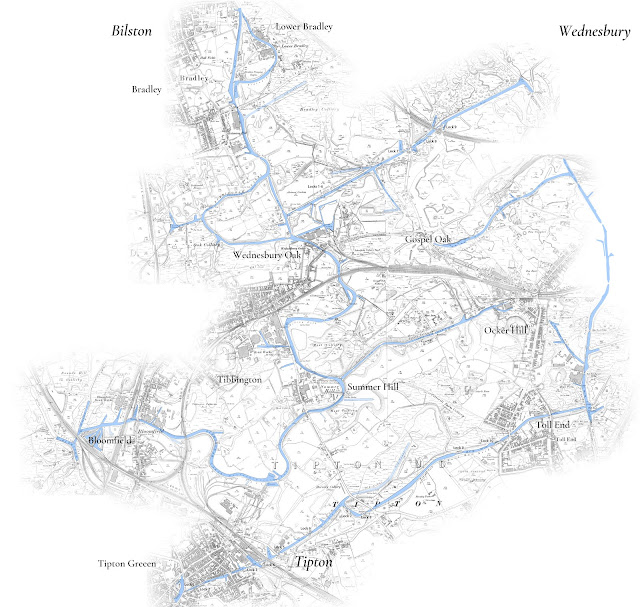 This post effectively starts at Parker Bridge at the end of what is now Moat Road, but to date no ground level images of Parker Bridge have come to light. We therefore start at the entrance to the Upper Ocker Hill Branch.

The canal continues through an area devastated by coal mining including the massive Moat Colliery to the east (served by the brief Dumaresq Branch) and the Schoolfield Colliery to the West. Along the way we pass the site of the old Mine Pumping engine which became Charles Lathes foundry in the 1920's and then onto St Johns Church with the massive Tibbington Brickworks beyond.

A feature of this industrial devastation were the swans of Princes End. The old mainline canal cut through this area and the wide bend at the junction of Upper Church Lane and Field Road (which both remain in situ) and this was home to a large population of swans. This group of swans features on many photographs and helps locate many of the images. 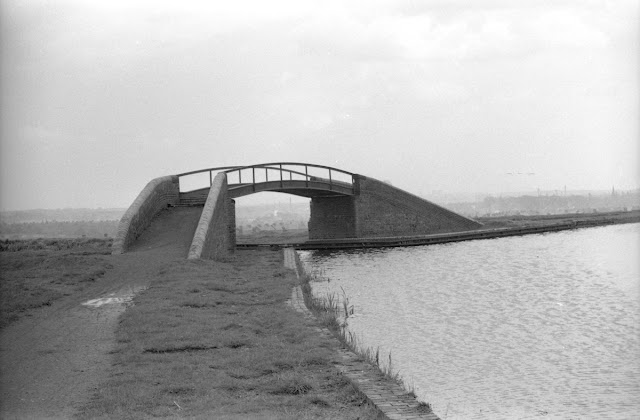 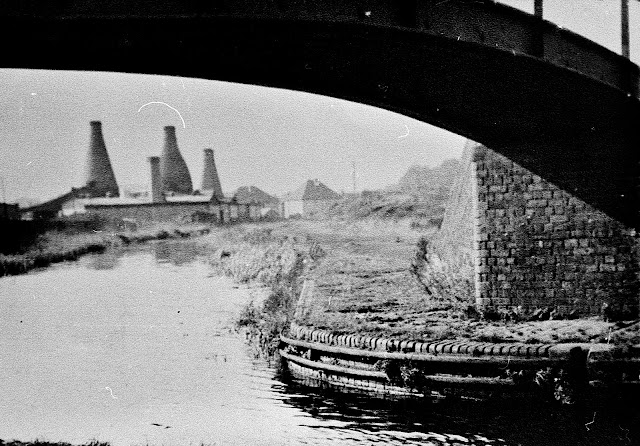 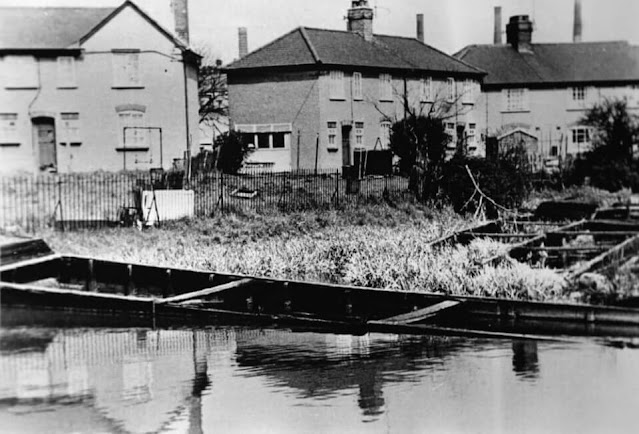 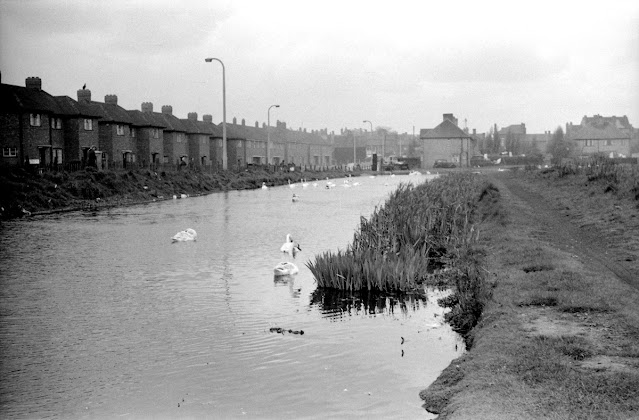 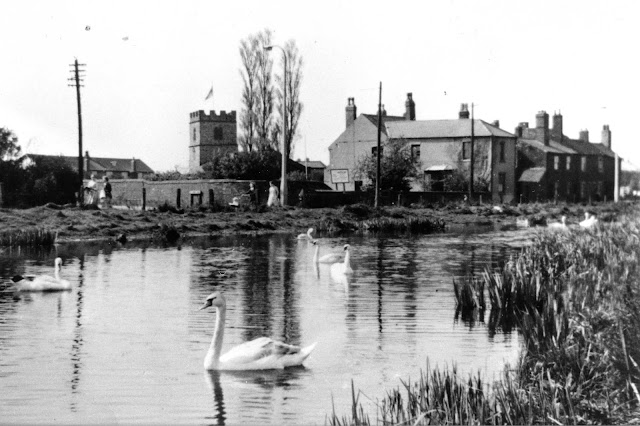 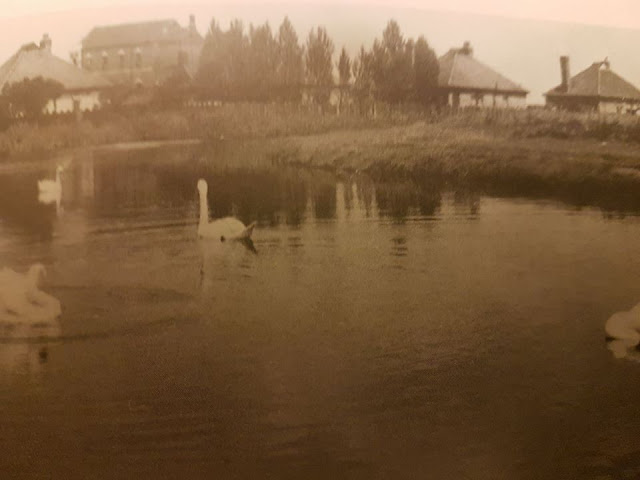 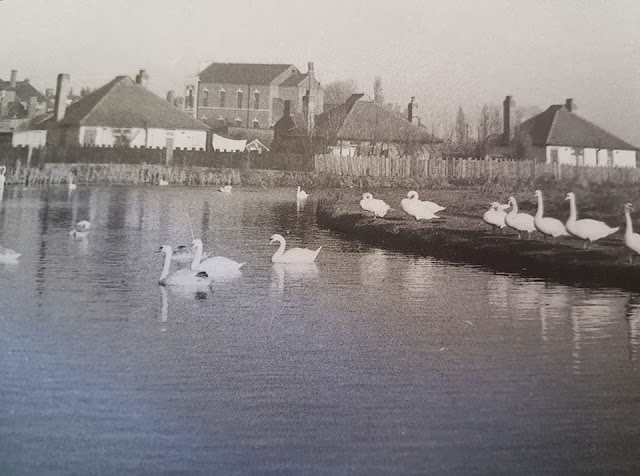 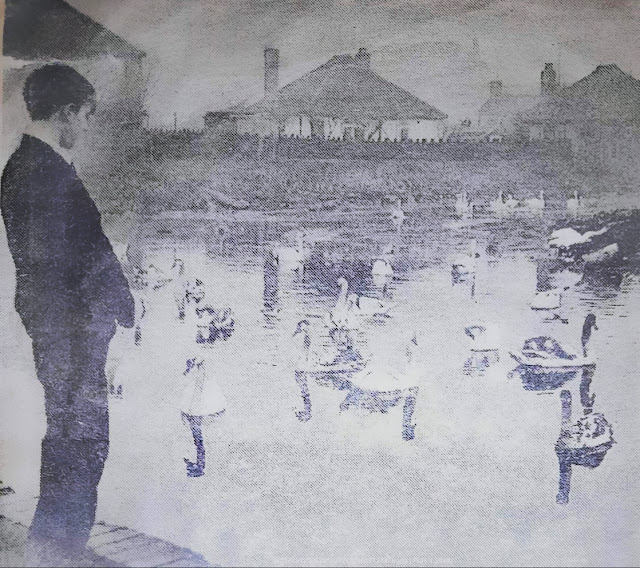 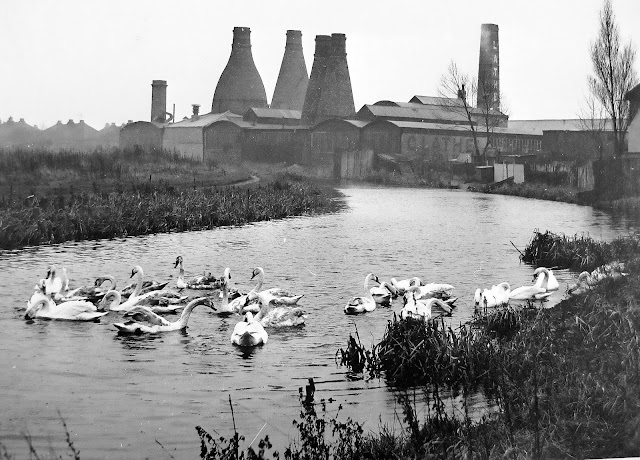 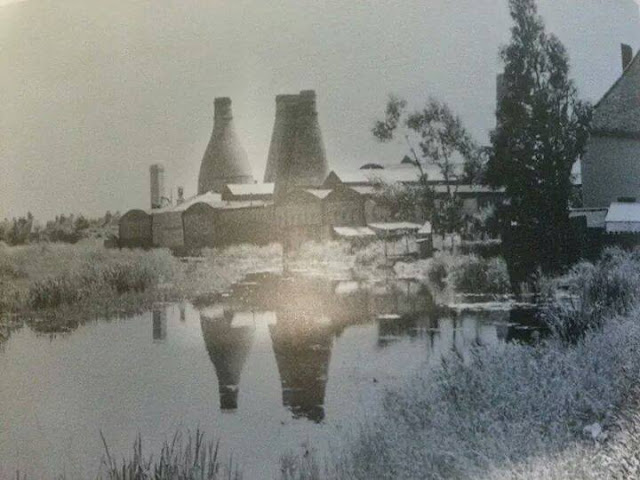 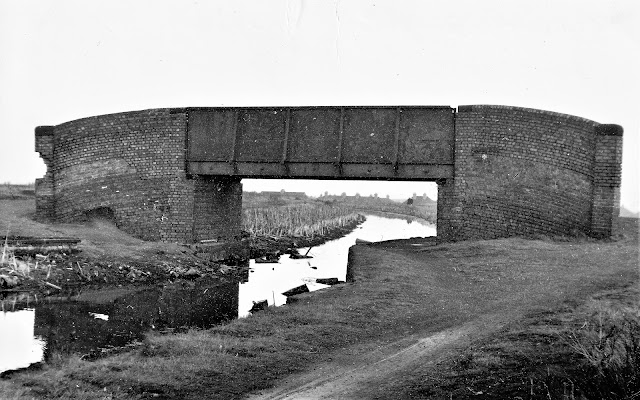 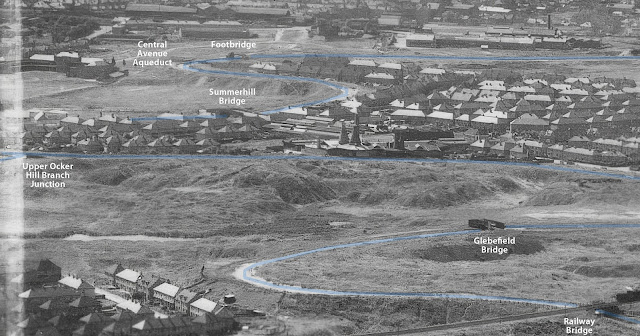 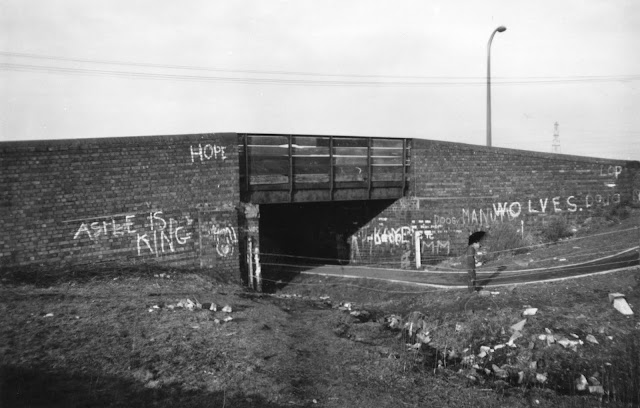 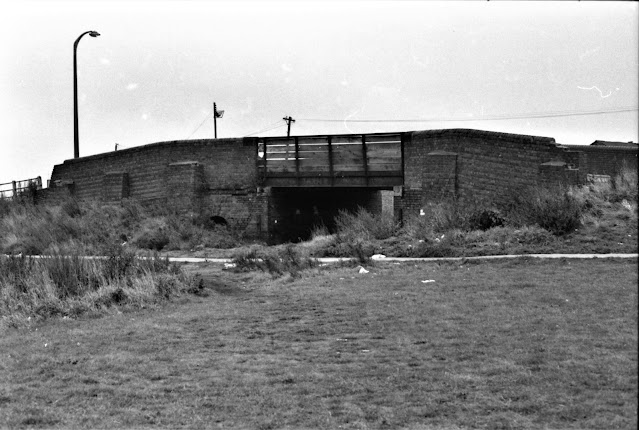 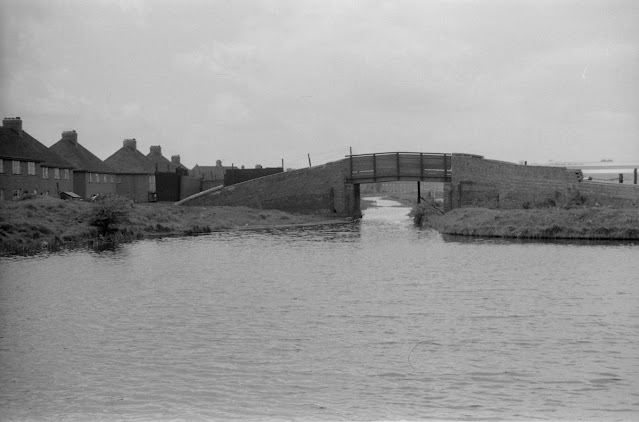 A tighter view of the Wednesbury Oak Loop