This trip was undertaken by the Captain before he was promoted to such an exalted rank!
As can be seen from the grainy photos taken on 110mm film (do you remember that short lived format?), I was barely 20 and accompanied the then Capain (now deceased), his wife (my Mother) and my Aunt. 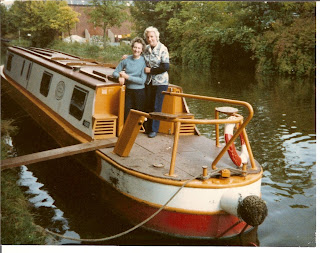 The overriding memory of the three surviving crew was rain, rain and more rain. As I recall, it rained every day for most of the day and always heavily!

Maybe this is par for the course on the western side of the Leeds Liverpool, but it went down as one of our less successful boating trips and we spent a whole week in a state of mild hypothermia. However, it must have stopped raining as some points to allow the following photo's to be taken. 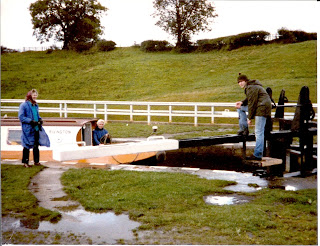 I recall the scenery being somewhat dull but even in 19

81 my father and I were both canal fanatics and enjoyed the trip. Its funny looking at a very young me all togged out in my Troll waterproofs, but clearly happy to sit out in the pouring rain day after day plodding along a lonely stretch of canal. Some things never change, and each year you will still find me in exactly the same position, happy as a pig in muck! 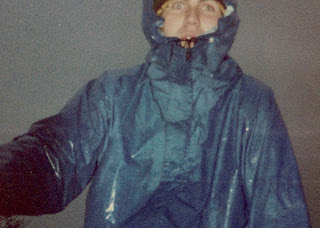 For this trip we hired nb Rivington from a now defunct yard at Rawlinson Lane in Heath Charnock. This is about an hour or so above the Wigan flight and just before Botany. 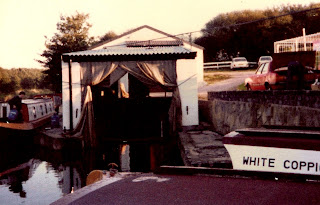 The photos don't include the name of the hire company but (I am reliably informed that it was Leeds & Liverpool Cruisers - see comments below) the boat was approx 50ft , steel with GRP superstructure and decked out on a particularly bilious orange livery. 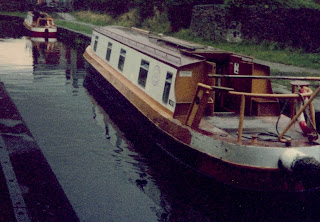 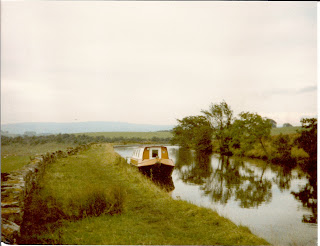 Mooring at eastern end of summit pound near Gargrave
Were it not for the images captured on this film I would deny ever having visited this stretch. This is good news because whilst I have technically "done it", it remains effectively a virgin canal ripe for exploration. 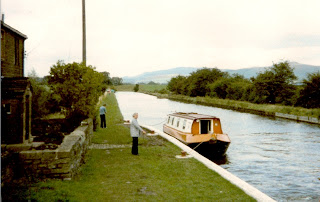 Would it be L&L cruisers at Heath Charnock? They have gone but he yard seems busy with lots of boats moored at the present time.

That will be right. Many thanks Chris.