The Swan Arm is seen by many as the least of the BCN's canals, a mere 3/4 mile stump branching off just above the Ryders Green locks. 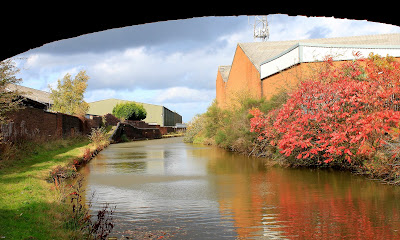 Entrance to the Swan Arm

This view is rather sad, as few will realise that it is actually one of the oldest canals in the country, and formed an essential element of Brindley's original canal plans. Technically, the Wednesbury Old Canal started at the Spon Lane locks, descending off Brindley's main line and largely followed the route of what is now the New Main Line from Bromford Junction to Pudding Green Junction. It then progressed to the top of the newer Ryders Green Locks, before joining the short stretch we see today. 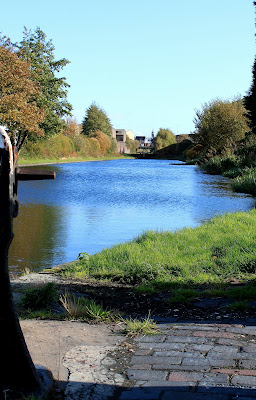 Spon Lane Locks - the oldest in the country

Every year the state of this waterway gets worse and worse, clogged with weed, rubbish and shopping trollies, before terminating abruptly at the new Black Country Spine Road. I last navigated this stretch in May 2007 and barely made it through the narrow section half way along, also struggling over the shopping trolly reef under Swan Bridge. 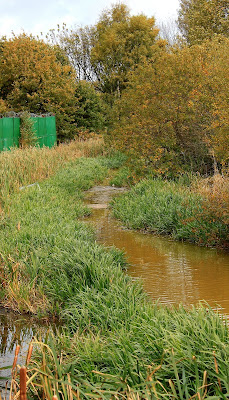 Yes, this is navigable... just

At the time of my latest cycling expedition (October 2009), the navigable gap had decreased to maybe three feet. However, the floating weed must be movable as it was clear from the trolleys on the bank that at least some of the BCN Marathoners made it to the winding hole at the end. 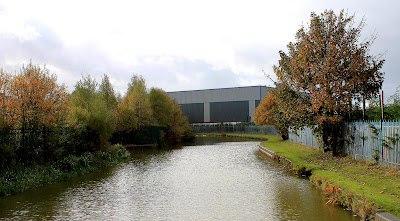 I would encourage any boaters with a pioneering spirit about them to give this arm a crack. Whilst the narrow bit is scary, and it's end isn't apparent when you start, the canal does open out again and a decent pint can be bought from the Ridgacre Inn just over the main road.

This arm may not have much of a future, but it does have a very illustrious past. If you don't use it you can expect to lose it. Personally, I give it five years before even the most committed boater is unable to make a passage to the end.

Perhaps its about time the wergies and BCN volunteers had a go at this section, the past 2 years on the walsall and tame Valley canals have been dissappointing.

Bogwoppit
Why disappointing - the numbers of helpers of the state of the canals? I have really tried to take part in the last three years BCN clean up but its always when I am away on the boat for an Easter cruise!
Andy