The planned early start didn't materialise. We woke at 8.30am and once again we didn't get on the move till 9.30am - we are getting later and later as the week progresses. 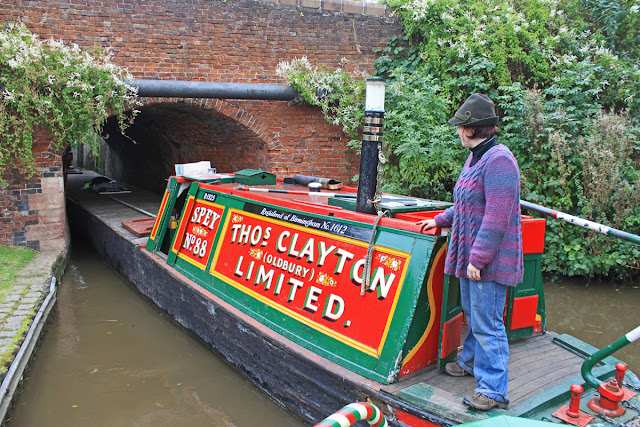 Helen was busy jam making with all our foraged goods so I progressed single handing through Trentham and then Meaford Locks - meeting just two boats all morning.

Stone, by contrast, was playing host to a historic boat rally which featured several well known craft including Aquarius and Spey. Poor old Spey was being hauled ignominiously into town having picked up a bladefull of stainless steel back at Huddlesford Junction, an impediment which demanded a total extraction from the canal. 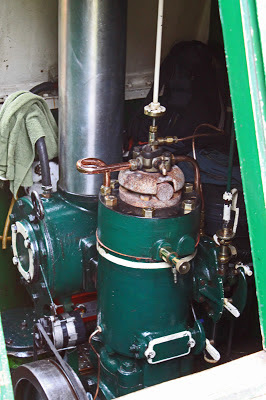 Spey's pause next to the Stone water point gave me an opportunity to learn a bit more about her. As far as I can tell she was built in 1939 and operates on her original Bolinder engine. Like Triggers Broom, its hard to tell which bits of this venerable old wooden lady are original. Over the years more and more is being renewed - the whole bow section last winter and with the counter going soft I suspect that the back will soon be up for "the treatment". Spey is now owned by a syndicate of 10 enthusiasts committed to keeping her going. 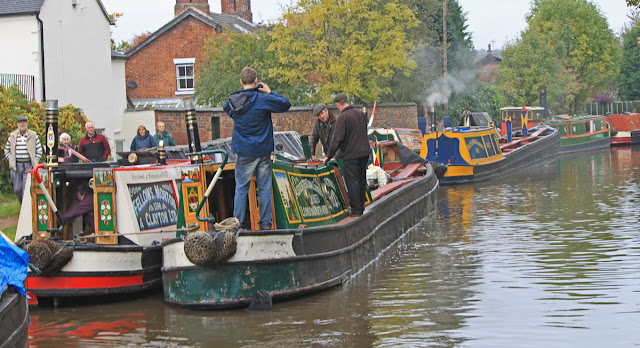 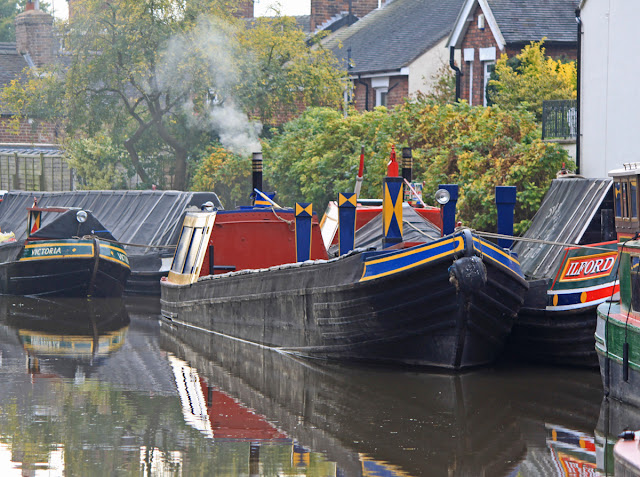 Then it was on through Stone, picking up a couple of pints from the Star and easing us on our was down the Trent and Mersey and picking yet more sloes as we went. We rounded Gt Haywood Junction at 5.30pm and moored just above Tixall Lock.