We went to sleep with the rain rattling on the cratch cover but paid it little notice. We were warm and snug in the boat and the drumming of the rain eventually lulled us to sleep. 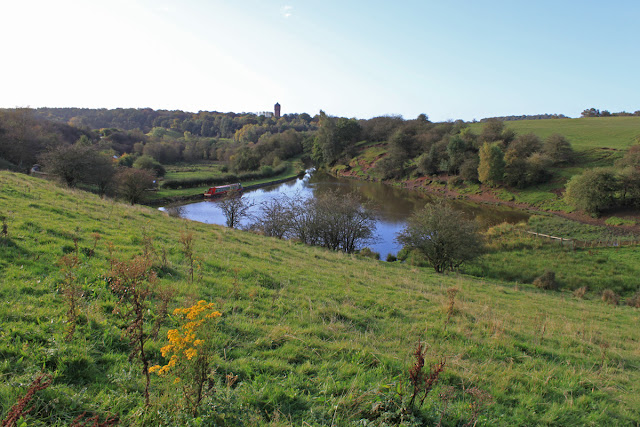 Little did we appreciate just how much rain fell last night. The first inkling that something was amiss was when I climbed over the Leek Tunnel to get some photos and discovered streams of water cascading down the path. That and the fact that the water level had risen by about 4 inches. 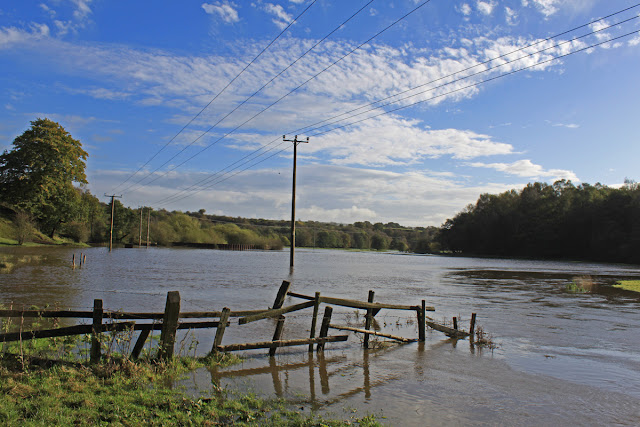 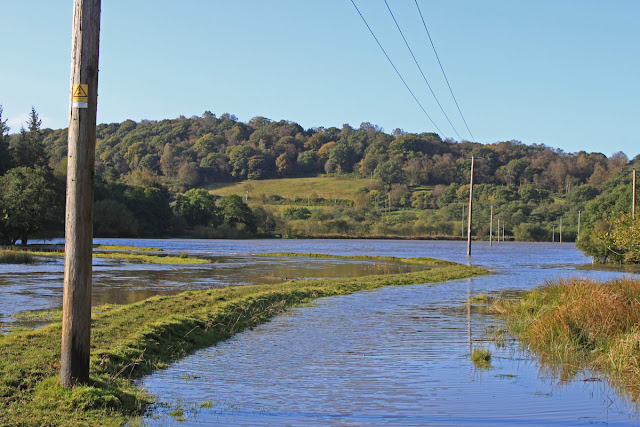 Last night we had looked down on the meadows with the little Churnet winding it's way from one side to another, but what a difference a night makes. Instead of grass I saw a shimmering lake with a roiling flow tearing along the course of the river and tumbling over the banks into the surrounding flood plain. Roads, fences - everything was gone. I could only guess at the state of the river through Consall Forge, and what a relief that we opted to return upstream yesterday! 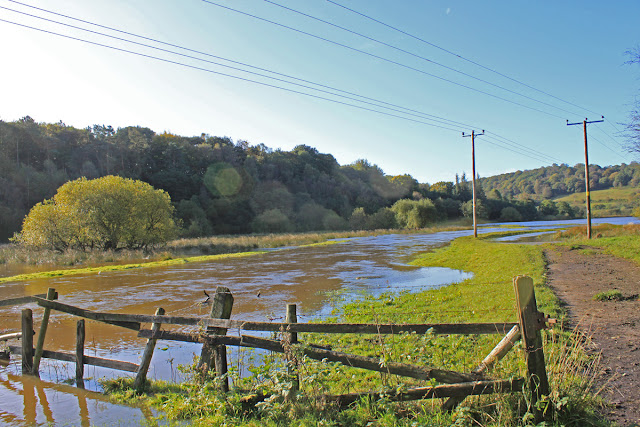 The flow can be a bit confusing when viewed from the canal. At the start is was flowing west, alongside the canal and then a mile or so later we were against the current - we had turned a corner and entered a different valley. 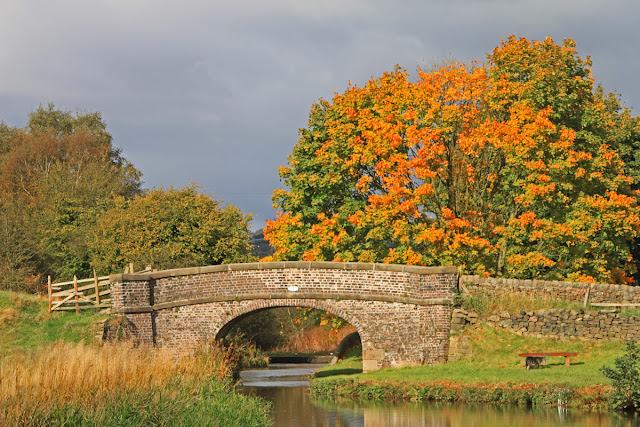 We had more sun today, and after all the rain the air was clear and offered great views. But this improvement came at a cost as a cold northerly wind picked up and wormed its way through our clothes.

Stockton Brook locks were against us, indeed as were all of today's 14 locks as it turned out. The route offered good foraging including Blackberries, Rowan Berries and Rose Hips. We has another pause at Milton, visiting the bakery and Abacus Books, plus observing a very youthful and a very full river Trent spilling into the gardens of the riverside houses. 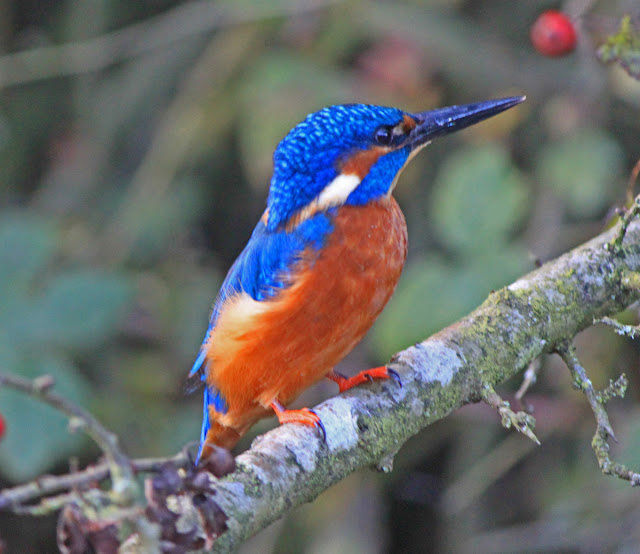 Northwood, offered an amazing shot of a Kingfisher. He swooped into a bush beside the canal and then stayed there as we crept past. Helen steered and I concentrated on shooting a series of images, one of which was satisfyingly crisp and clear. Regular readers have seen it before but its so charming I have posted it again in the context of our trip. 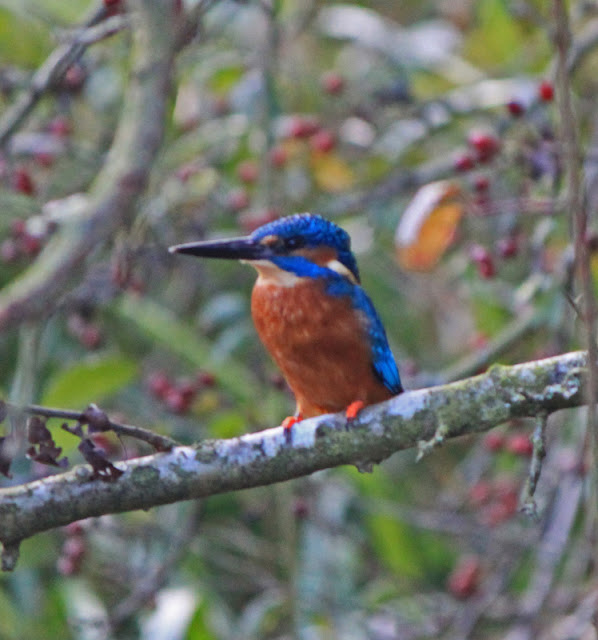 We reached Etruria at 5.00pm having seen just one boat on the move  but with a clear sky overhead we decided to press on into the sunset, reaching Hem Heath in the last wash of evening light.
Posted by Andy Tidy at 6:00 am