The day dawned grey and dreary, with rain falling on an off from beginning to end. 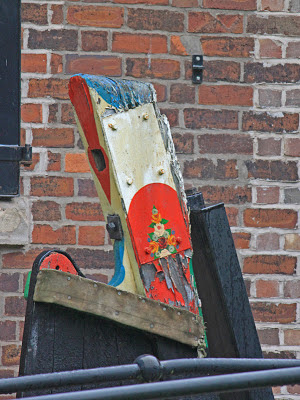 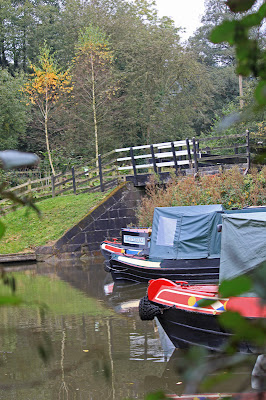 Rather than turn round and head upstream we decided to spend the morning visiting Froghall and hopefully find some fruit in the grounds of an abandoned farmhouse nearby. 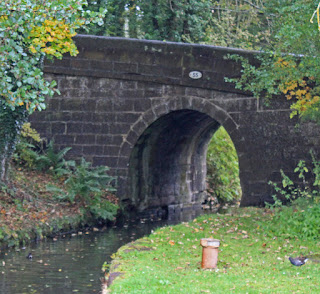 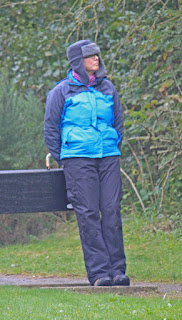 The river section ends at Flint Mill lock which is being slowly converted into housing. WB, as usual, gave the height barrier a hearty wack  but we know better and set to, stripping everything off the roof to let us squeeze through the diminutive proportions of the Froghall Tunnel, the smallest on the system. 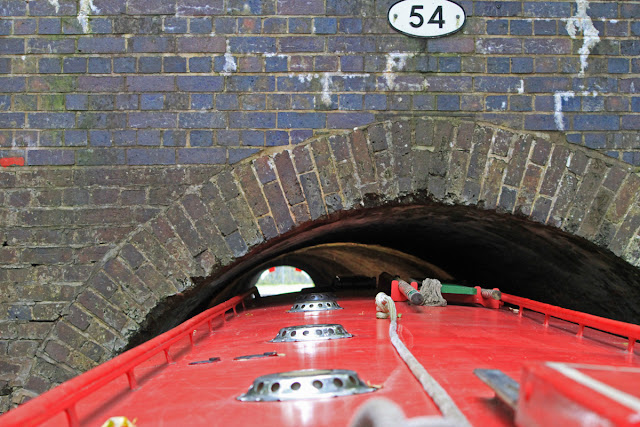 I am getting better at the Froghall and ran through with just one light touch. Instead of the usual emptiness of Froghall basin we found two other narrow boats present, but they were both closed up and laying over. In the event the foraging wasn't great, just some blackberries and apples - but it could be worse. The rain eased off as we returned to the tunnel and back to Consall Forge - the only boat moving. We paused at the Black Lion, picking us a couple of pints of take out, and then back up the docile little Churnet. 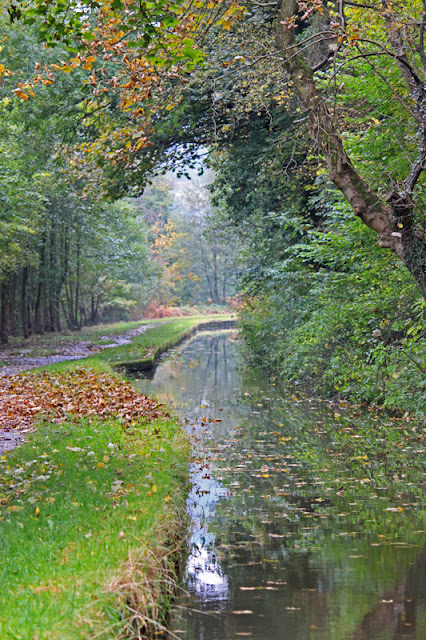 We found sloes, blackberries and rose hips, but all the pears were in private gardens and beyond reach. Then it was up the Hazelhurst three, finding the paddle to the side pound at the bottom lock firmly and emphatically blocked. No playing with the side pound this time! 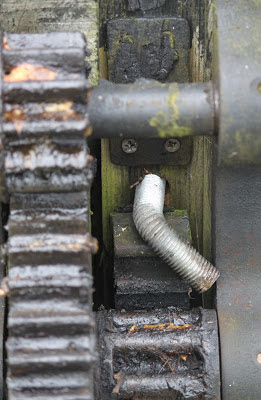 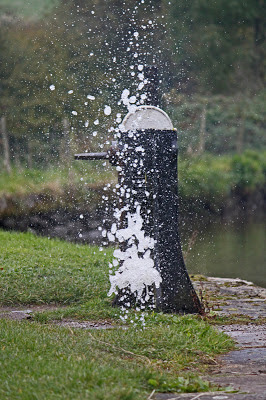 Bolted side pounds and waterspouts 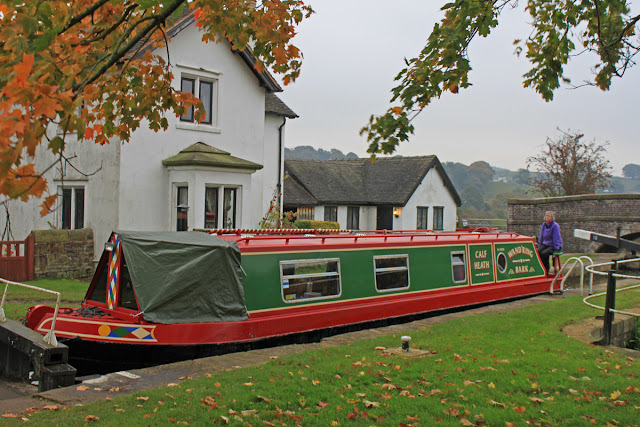 Then it was round into the very slow but pretty Leek Arm, the trees arching over the channel which expands and contracts like a pair of bellows. We stopped short of the Leek tunnel, mooring in the wide as the rain really started to fall. Its a lovely spot, if a bit shallow.
Posted by Andy Tidy at 6:00 am