You cant get more tranquil that the Wormlington summit of the South Oxford Canal. 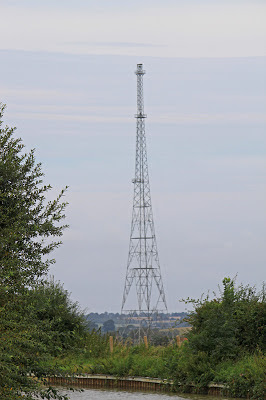 We had cleared Marston Doles last night and found a bit of bank with enough depth to get us alongside - just. Sandbag margins are not great for moorings and pilings are few and far between, but the margins of the Oxford and notoriously shallow so one has to persevere. In the end we were about 95% afloat which was enough - just the occasional grinds as the base plate grumbled against an underwater projection.

By the time we moved off at 10.00am just two boats had passed us - its very quiet up here on the top of the world. This is remote in the extreme, far removed from towns, villages, hamlets and farms - just acres and acres of rolling fields. Perhaps the closest parallel I can offer is the summit of the GU Leicester Arm. 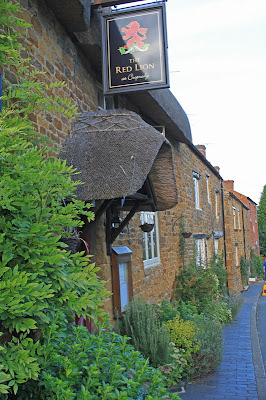 Wormlington is the only village on the route, but even this sits back away from the canal up in the trees. The defining landmark has to be the radio mast which seems to zoom to and fro across the skyline, never making up its mind about which side of the canals it sits on. Finally, eight canal miles and three as the crow flies we reach civilisation in the shape of Fenny Compton complete with water, waste, pub and a boatyard. All a boater needs really. We took advantage of 3/4 of these facilities (too early for the pub) and were very impressed by the CCTV at the boatyard which allows the office staff to check the diesel meter without having to leave their desk.

Then off for another session of lonely contemplation above decks and chutney baking beneath. I had picked up a copy of Tillergraph and Helen was delighted to have her business featured - A Tillergraph Girl as she put it!

We has a blessed day with the Claydon five set for us and then three more on the approach to Cropredy, our final destination. 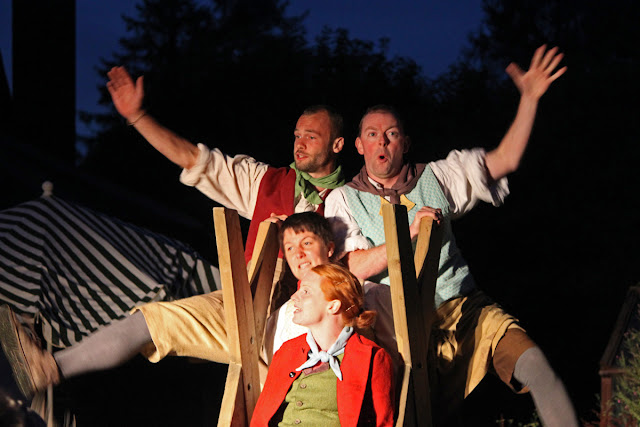 We has set Cropredy as our destination when we passed the Mikron Theatre Group moored at Pershore. They were performing The Luddites in the open air at The Wharf. We picked up a couple of pints from the Red Lion and settled in for a very enjoyable al-fresco night of theatricals - an excellent way to end a trip. 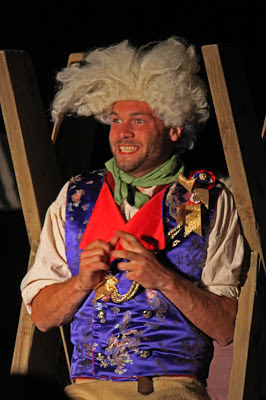 With our two weeks over, the boat was passed into the very capable hands of Martin, who moved it on the first stage of a relay to get Wad'ring Bark back to Calf Heath ready for its outing to the Black Country Boating Festival.
Posted by Andy Tidy at 6:00 am

We've yet to meet up with Mikron since living aboard though we did see them a couple of years back at Welford. They're great, aren't they.

I have recently posted about the canal literary heritage of the Red Lion. see http://nbalbert.blogspot.co.uk/