For me, this is where the trip really begins - Etruria, gateway to another world.

After all the hustle and bustle of the Trent and Mersey the Caldon is an oasis of tranquility. It always amazes me that at any given time in the autumn the number of moving boats barely scrapes into double figures. 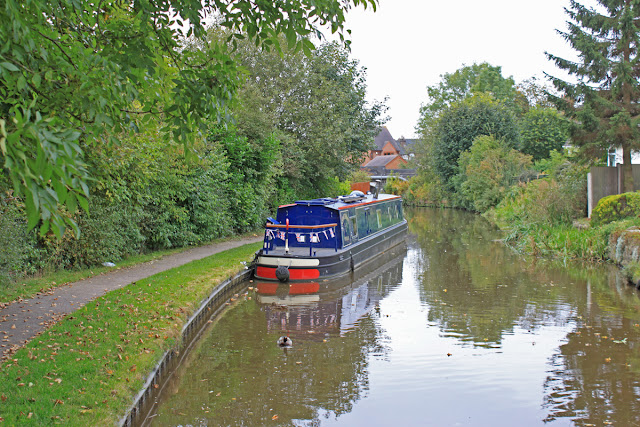 I mentioned my plan to visit the Caldon to another boater yesterday and she pulled a face, put off by the unprepossessing start through Hanley and the slow passage along a shallow channel. And I have to admit that whilst the start has  a certain historic charm, it is a far cry from the delights which lie beyond Engine Lock. Like a very good book with a weak first chapter if you like. 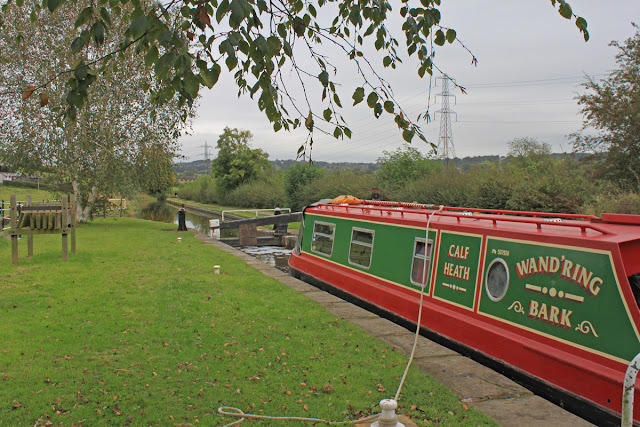 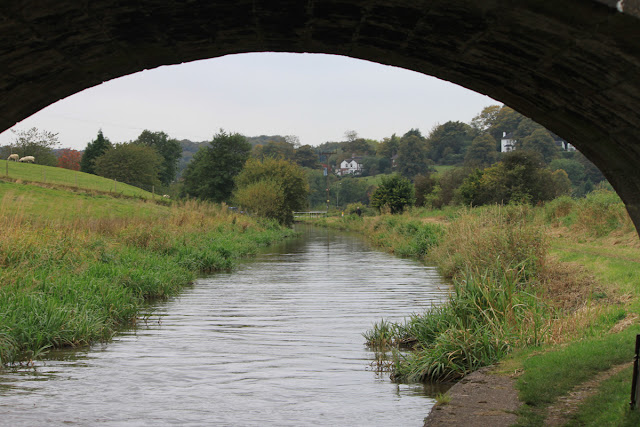 Lets get that first bit out of the way. I routinely stop at Etruria and have never had any trouble. Its a good, quiet mooring with handy access to a whole range of Trust facilities. Then its a sharp twist up the staircase pair with the Caldon doubling back on the T&M and sees the boat nearly 40ft higher and looking down on the roof of the Etruria Bone and Flint Mill. 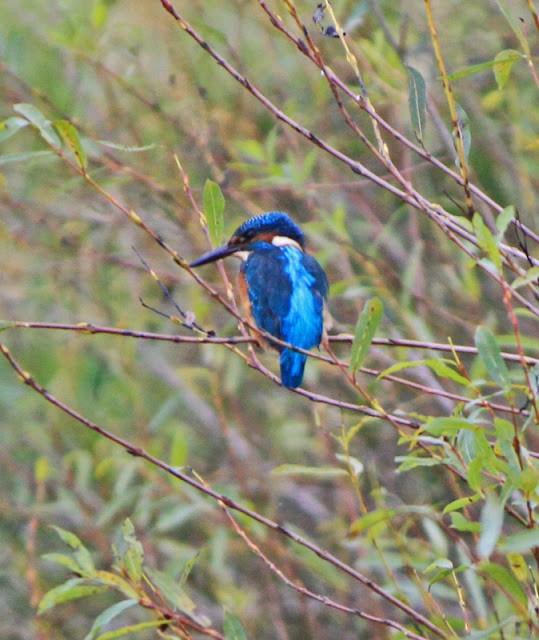 The first of several Kingfishers

Next is Planet Lock, squeezed between the heath centre and the local FE college both of which commonly provide an audience who could be described as "quaint". Perhaps the best was the drunken opera singer giving it her all but today it was all quiet. The canal corridor is the focus of a linear redevelopment which is slowly transforming the area, but at the same time wiping away much of its character.

The danger zone is through Northwood to Milton but today it was quiet. For the first time we paused to restock at Milton - the last frontier of civilisation before the Staffordshire moorlands beyond. Its a bit of a characterless town devoid of distinctive buildings but well supplied with shops including an excellent bakers, a Nisa Extra and a Co-Op. Perhaps the big find was Abacus Bookshop which is a real gem with a broad range of new and second hand stock - an unlikely find in such a small town. 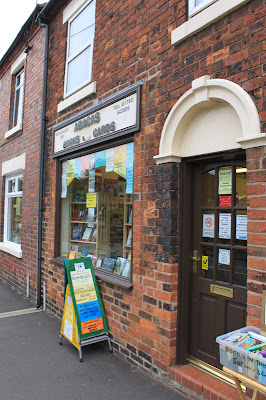 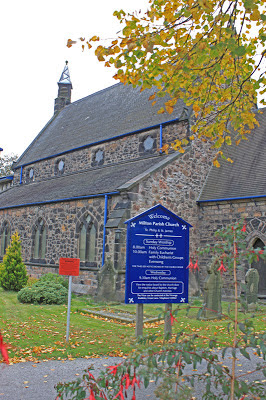 Then is was on to the deep Engine Lock which I negotiated solo and Helen was jam making continuing on to pass through the two lift bridges at Norton Green, passable solo but only with care and much fancy rope work.

Stockton Brook Locks threw up the only other boats of the day, and a good basket of cooking apples at the pumping station. 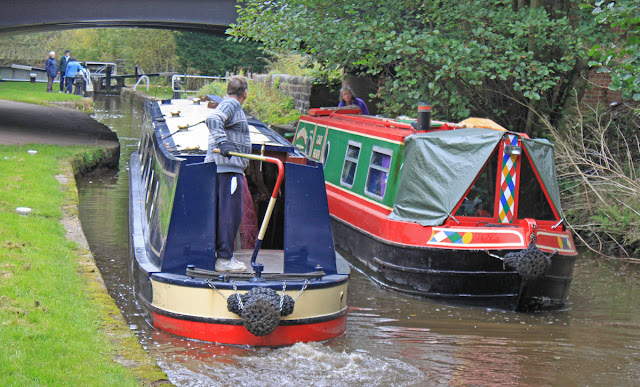 We reached Hazelhurst Junction at 5.00pm and had a decision to make. Carry on to Leek, as we have in the past, or to start down the Churnet valley. We opted to make for the Black Lion at Consall Forge which would let us sample the delights of this most isolated of pubs for the first time. The canal is shallow and slow going but we finally were released onto the river and opened the throttle just for the heck of it, the GPS soaring to a heady 5mph! 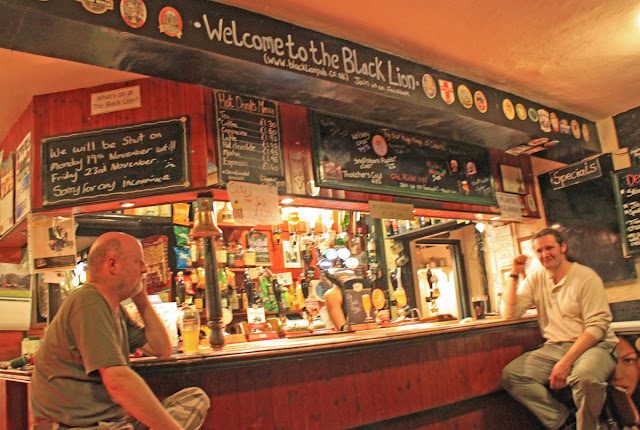 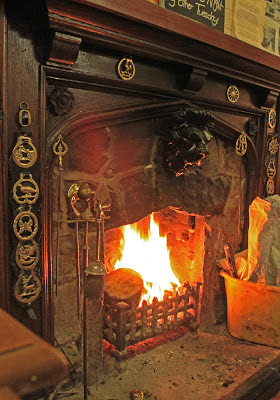 With the light gone we wasted no time in getting into the pub which was host to a select clientele of five regulars and two dogs. Amazingly they were able to opper us food and we had a good meal served quickly on sizzling platters washed down with pints of Black Hole and Hobgoblin for Helen and an Old Rosie for me.
Posted by Andy Tidy at 6:00 am