Another day dominated by locks - 26 of them raising us up from the Avon Valley to the Oxford summit pound. 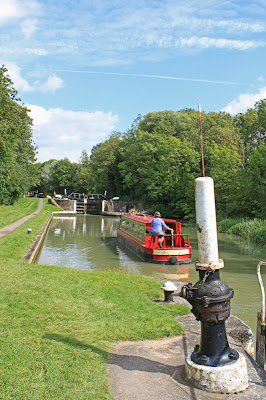 We were well into the holiday mood and after yesterday's energetic locking we didn't start till 11.00am. We were straight into the Bascote locks quickly followed by the 10 at Stockton which are a mini Hatton grinding up the hill in the 1930's concrete double locks with the old singles retained as overflow weirs. 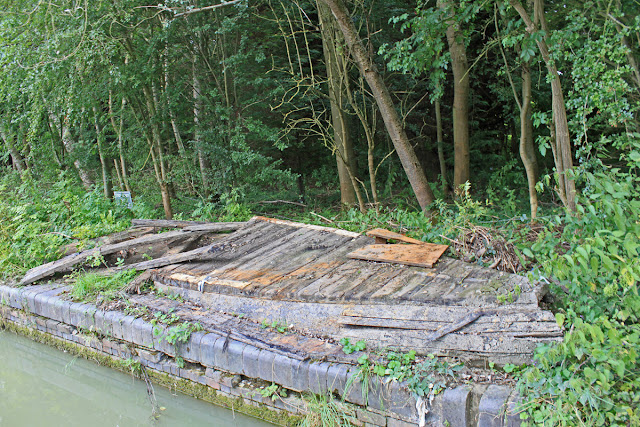 We perked up our flagging energy levels with ice creams from the shop at the bottom but the big plus was that they were all set in our favour. They have been dredging these pounds and near the top there is the Elm bottom of an old wooden butty hauled out on the bank. I wonder how many decades this relic has languished at the bottom of the cut? Aseward for all te hard work we celebrated with a pint from the Boat Inn at the top lock. Nothing spectacular but welcome none the less. 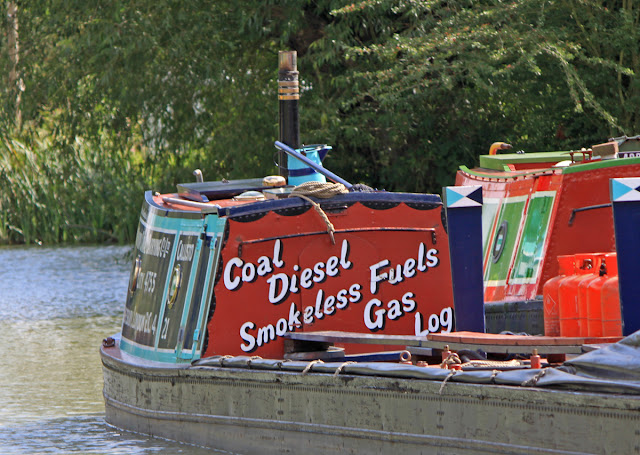 I have to admit that I embarrassed myself at Calcutt Locks. I had called in for a pump out and seeing a single boat entering the locks and the gates being closed I tooted and attracted their attention. They then left a gate open and I swung out of the marina and into the open lock. To my horror I looked back and saw that another boat has rounded the bend just behind me and had I seen him I would have hung back and given him the lock. I guess I was there first, and the other boat has held it for me, but a slightly irritated other skipper was mollified by the other occupant of the lock who suggested I was a novice boater! Inaccurate but much appreciated...

I usually have my camera to hand but for some reason I had put in the cabin and missed the opportunity to photograph a big bloke in army fatigues taking his two ferrets for a walk on a lead. 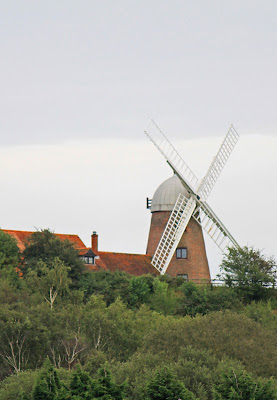 We arrived at the foot of the Napton flight at 4.30pm, which is probably a bit late to start an ascent but the weather was good and we could see a steady stream of boats descending which made our lives easier. The descending craft were so numerous that Helen started to make jam and it was only for the last four or five that I was left to work solo bringing the day to a conclusion at 7.30 about a mile beyond the top lock.
Posted by Andy Tidy at 6:00 am

I know I'm being picky (but not as much as you and Helen when encountering fruit trees, ho ho!) - but... the Stockton flight comprises eight locks, nos. 4 to 11. Lock 12 is Shop Lock (according to CanalPlanAC http://canalplan.eu/gazetteer/g3ut?session=PG32598_2 ) and Lock 13 is Itchington Bottom Lock (snigger). Adam picked me up on this in a post I did ages ago!