The descent into the Avon valley is no light undertaking. It was the nemesis of my youth with so many boat trips involving an ascent or descent of the Hatton Flight, but on those occasions a days journey involved a trip down and up both sides in a single day. Oh those paddles! 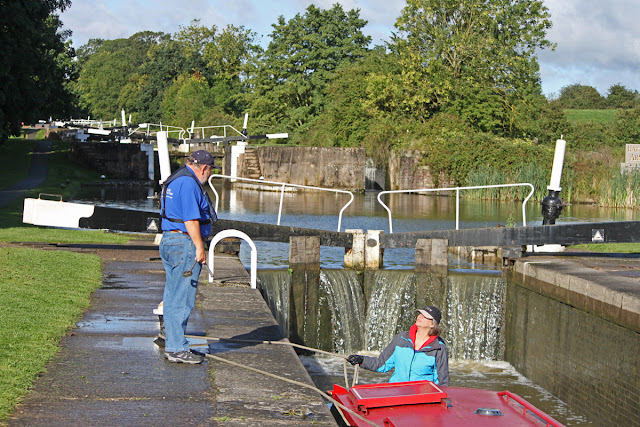 The forecast was poor for later so we were up and away by 8.00am lockwheeling ahead for the first four as far as the road bridge. By the time we got the boat there two volunteers, Eddie and Paul, had arrived and proceeded to work us all the way to the bottom. 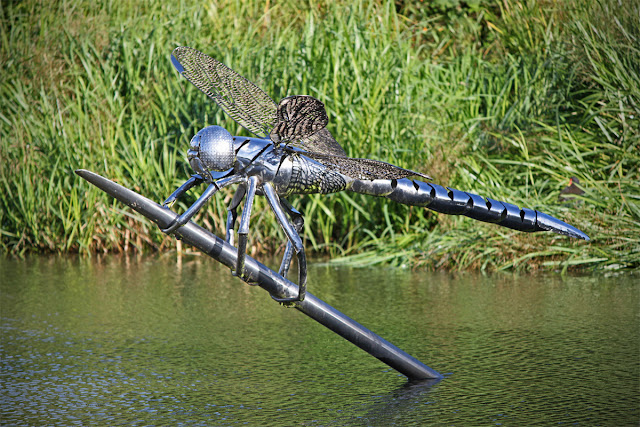 They were enjoying their 1st year on the job where they are left to their own devices and able to do what they want and when they want. I am not sure that all the other boaters operating the flight quite understood the concept of non contractural volunteers - and their ability to pick and chose their duties.. 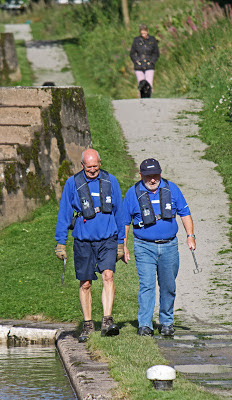 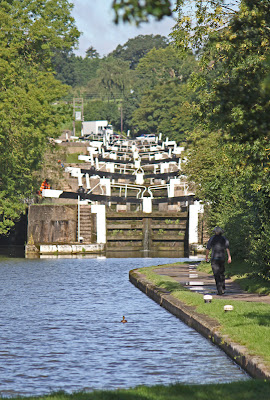 Anyway, we plied them with tea and jam sandwiches and they stuck with us, giving me time to forage the towpaths which yielded a surprising volume of material - Rose Hips, Damsons etc. The weather remained great and offered some good photo opportunities and even with these distractions we were through in 2hrs 40 mins. 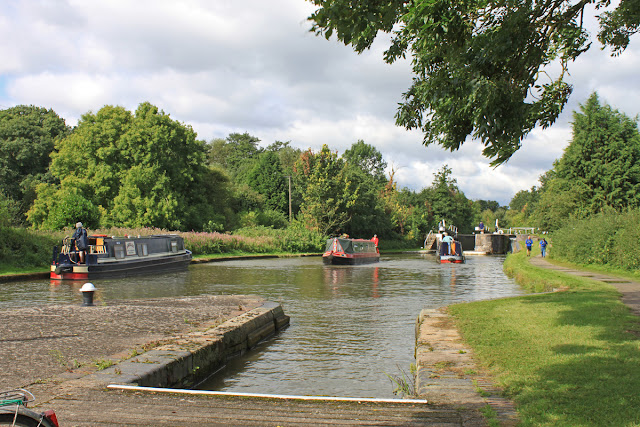 I had never stopped in the Saltisford Arm but all this cooking takes it toll on the gas tank. Predictably, the current tank expired so I looked into the arm to buy a replacement. I obtained my gas but gained the distinct impression that our presence wasn't entirely welcome. What my official welcome lacked in enthusiasm was balanced out by the greeting I received by Graham from nb Armadillo who I last was on the Llangollen back in Easter. 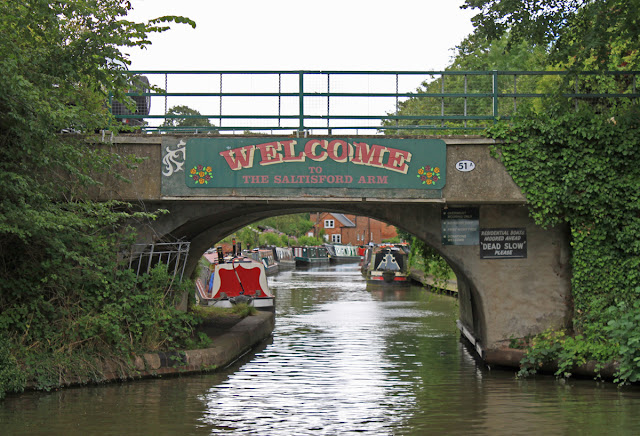 There were damson trees on the exit from the arm, but most were under ripe. The Cape of Good Hope offered more plums but once again these were under ripe - the story of this season. The plum haul got better and better as we progressed through Leamington where we found oodles of ripe Damsons  and a huge haul of big red plums, the trees groaning under their weight. 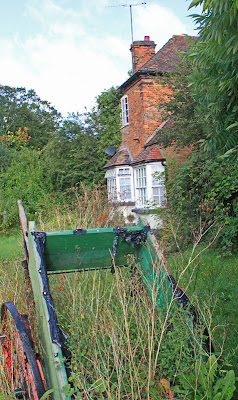 The fruits of the Grand Union

We made a start back up the other side of the valley, paired with another boat which made life easier. We stopped just short of Bascote Locks which represented 29 doubles in a day - plenty for a crew of two I think - and absolutely no rain, which is something of a novelty. As you can imagine, the evening was spent on a mammoth plum stoning exercise!

Disappointed that your visit to the Saltisford Arm was not a welcoming one. When we went in there for a night last summer it was very friendly. Maybe you caught them on a bad day.

Neil
They were ok to sell me a tank of gas but semed very concerned that I should move on asap. Maybe it was just a bad day as you say.

Neil
They were ok to sell me a tank of gas but semed very concerned that I should move on asap. Maybe it was just a bad day as you say.