Last night's stop was a bit impromptu. We had been chugging along when suddenly Helen came over all weary and I worked a couple of locks solo. Then we had a bit of a lurch and she fell over under the cratch so we pulled in between locks 34 and 35 and tied up. 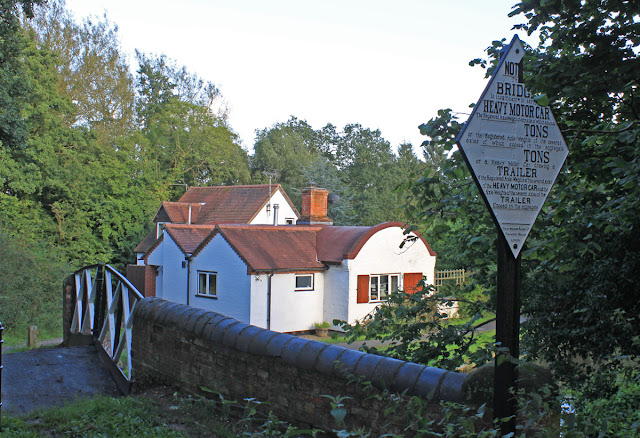 We woke to rain which eased off at 10.00 so we made a start. This proved to be a bit premature as by 10.45 the heavens opened and we abandoned progress just below lock 32 and decided to wait it out.

And so it rained, and rained and rained. Canal Traffic was virtually non existent so we found other things to do. We wrote book reviews and prepared a jumbo chutney which had to be labeled "chunky" on account of my sloppy chopping! Mrs quality control can be a pain. 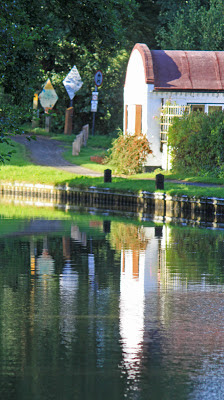 The raid did eventually ease off, 5 hours later at 4.00pm. The clouds were replaced by blue skies so whilst it was a bit late we decided to make a move. We rewatered at lock 31, and gathered a basket of apples which were overhanging the road from the lock cottage garden. The Lapworth locks from 28 on have been ruined by the din on the M40, a blight on the whole area. The noise faded as we approached Kingswood Junction and with the light holding up well we decided to make up some of the ground we had lost. Suddenly we were out on the Grand Union, relatively wide and deep letting us bash on into the gathering gloom. The light failed at 8.30pm so we stopped just short on the top of the Hatton Locks where the motorway noise was down to a muted rumble.
Posted by Andy Tidy at 6:00 am