After yesterday's downpour today was clear and bright, with us through the basin and into the South Stratford Canal by 10.00am. After a week of rivers and ship canals it was good to be back in the intimate embrace of the midland's narrow canals and the don't come much narrower than the Stratford. 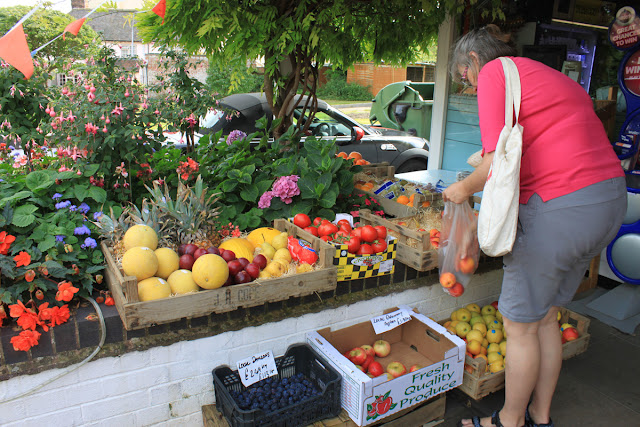 Progress may be slow but with the banks so near you can spot all the potential foraging fruitrees easily. The locks in the area are notoriously slow to fill and empty and the big single gates have a habit of swinging open under their own steam.

After our extended stay in Stratford we were planning to stop for water just beyond the town. However, like the locks, the tap is slow and there were already two Anglo Welsh Boats breasted  up so we gave it a miss and stopped instead at a bed shop and looked at new mattresses - one of the boat jobs for this winter. 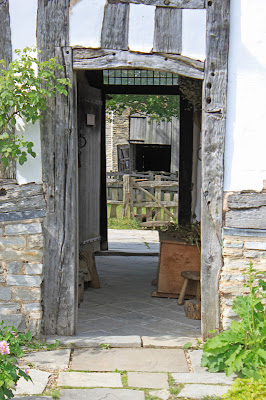 We stopped at Wilmcote and paid the village stores a visit, peering over the wall of Mary Arden's cottage and taking a good look at the period veg growing in the garden. There are some lovely flowers around the shop, which stocks lots of local produce. 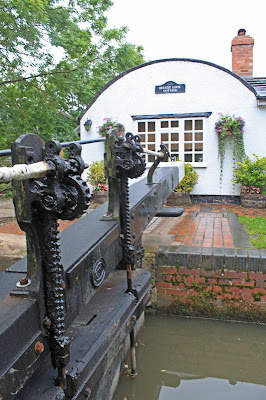 On out return to the boat we found some Crab Apple trees which were duly harvested and provided two baskets of fruit. In the process we met a couple who were moored waiting for a couple of Japanese tourists to arrive to stay on the boat for a week. They bought jam, as most do, and generally enthused about the concept of foraging. Later we started to chat with another boat descending and before long another few jars had changed hands. There appears to be a strong demand for  Helen's produce and the idea is forming to buy a short butty and develop the business further. Possibly an idea for the future. 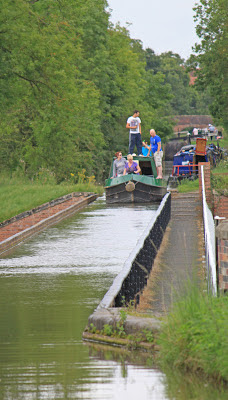 The hunt for fruit was not easy, the blackberries were few and far between and the cherry plums were rotting before they even ripened. We were hopeful for more Greengages at the Edstone Aqueduct but even these usually faithful fruiters were bare. 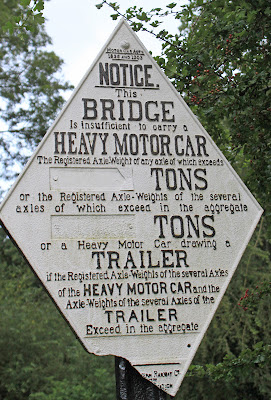 We then had the Anglo Welsh experience, a whole host of first timers heading downstream with the predictable mayhem of boats heading in every which way. We pressed on till 7.00pm, stopping just short of Yarningale as the rains returned. Tomorrow we head for the Grand Union and start another southerly leg of this two week journey.
Posted by Andy Tidy at 6:00 am