Todays destination was Frampton, mid way along the Gloucester and Sharpness Canal. Hands up how many people immediately think of Fampton Comes Alive, the classic Prog Rock album by Peter Frampton  back in 1976 every time this village is mentioned? Belle claims ignorance of this artist, which makes me feel a bit old. 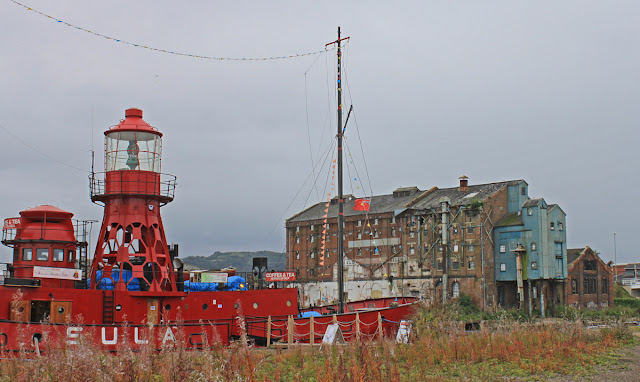 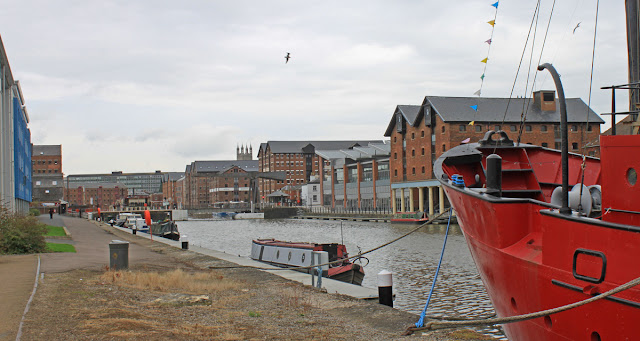 Anyway, back to boating.  Today was a delightfully short run along the canal to meet up with the  lawyer we used in our numerous skirmished with Birmingham's Education Authority. Our contacts were so regular and protracted he and his wife have become personal friends and this was an opportunity to meet up. 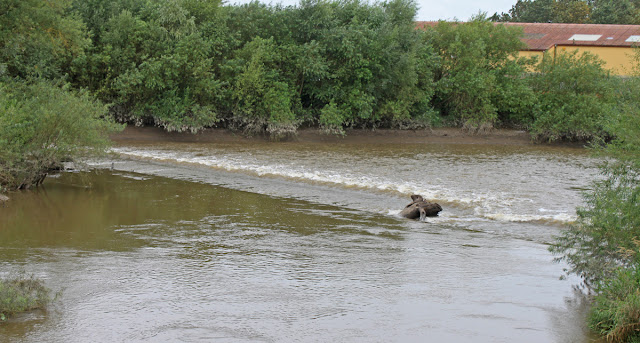 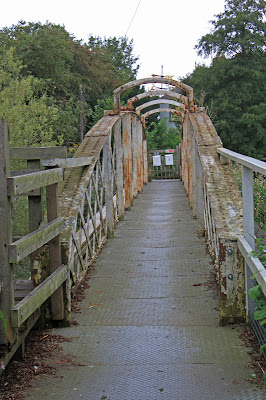 The weir below Gloucester Docks

It was a slow start with Belle making jam whilst I ventured out to Sainsburys taking a detour to see the weir over the Severn below Gloucester Lock and also the site of the old Llanthony Secunda Abbey which is now part of the grounds of Gloucester College. There is not a lot to see today but in its time the abbey extended into the now abandoned docks with the canal itself cutting right through the nave. I suspect that the idea of tearing down an abbey to build a canal would not get far today. 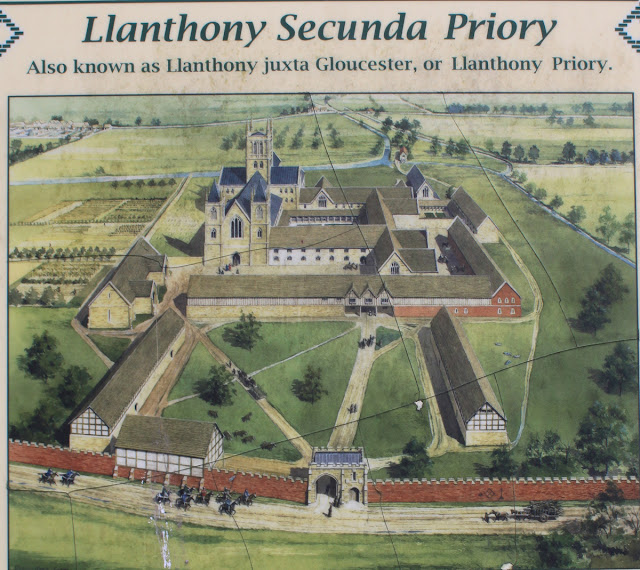 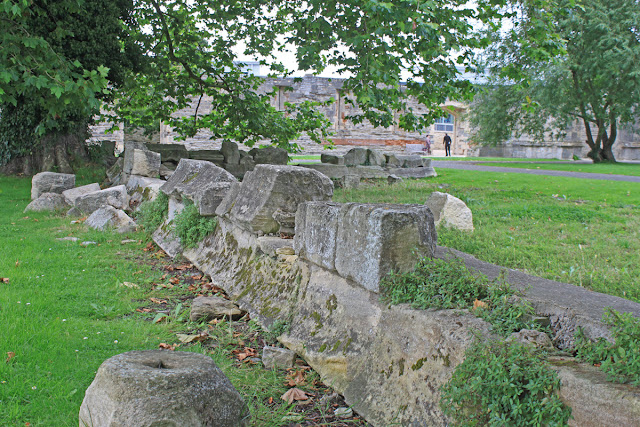 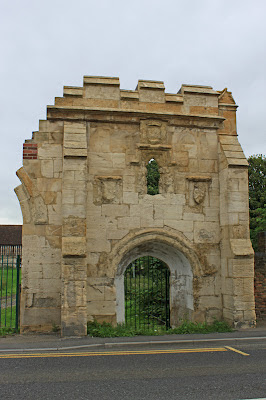 We pottered and foraged as we progressed, collecting apples, plums and blackberries before tying up just beyond the old Cadbury's factory. 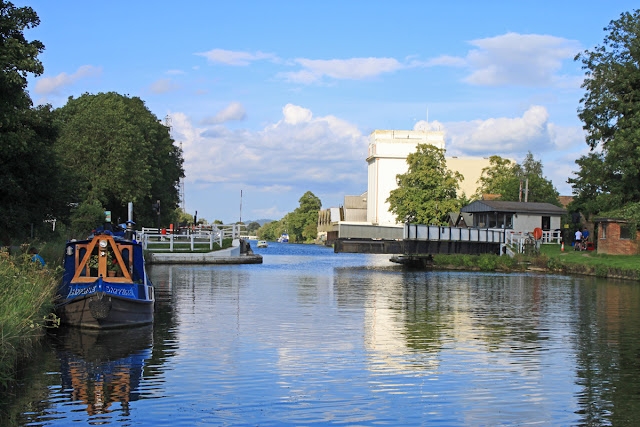 Gloucester and Sharpness Canal at Frampton

The traffic volume on the canal was low, just a few plastic pigs blasting along with thick curls of black exhaust bubbling up from their sterns. Amid this garishness we passed Rose of York, a wooden narrowboat built specifically for leisure use on 1971. Maintaining her is clearly a labour of love but she was undoubtedly a cut above the normal and had me reaching for my camera. 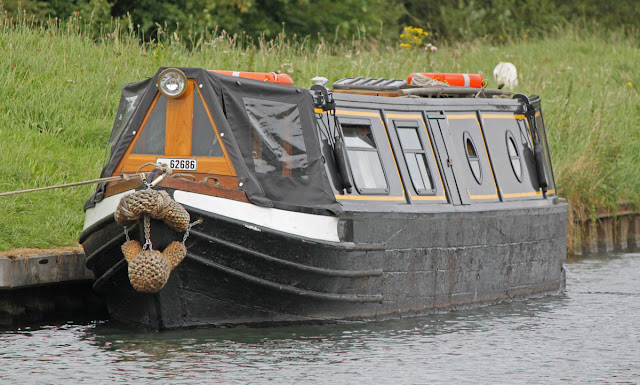 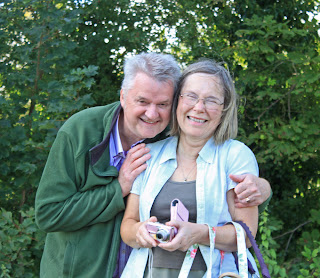 Our legal visit included an hours trip along the canal, picking up a bucket of apples and pears from trees overhanging the cut. This foraging streak continued into the evening when we wandered into Frampton - offering more plums, cherry plums, pears, apples and most unusually, green Walnuts which are destined for a bottle of Vodka to make into Nocino - an Italian tipple Belle has been planning for ages. 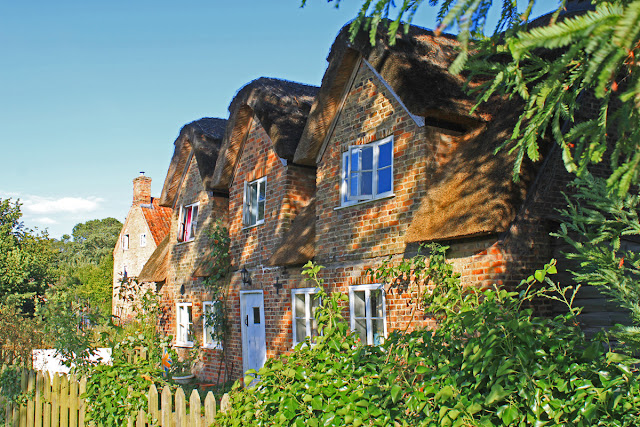 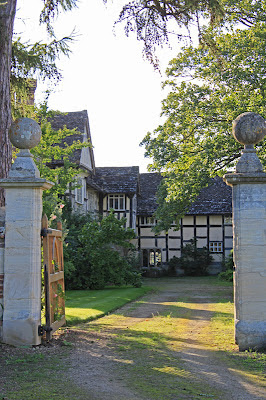 As a village, it is an interesting place. A village surrounding the most amazingly large open space. This place must have an unusual history, but today it is the preserve of city commuters who occupy the extensive houses around its perimeter.  The day was rounded off with a walk back to some damsons at Saul Junction where I collected 8 kilo's in my ruck sac and made it back just at the light was failing. The cratch is rapidly filling up with ingredients - and that's a lot of stoning and preparation.
Posted by Andy Tidy at 6:00 am

Email ThisBlogThis!Share to TwitterShare to FacebookShare to Pinterest
Labels: Gloucester and Sharpness