This was bank holiday Monday, and for us it was a day of rest.

Helen had been busy with her jam making, making use of all that fruit on the Gloucester Sharpness Canal. So busy in fact that she had used up her 200 jars and was looking for more. The only viable course was Lakeland where she managed to do a deal which saw 20% knocked off the price - but she had to buy 240 jars.  That's a lot of glassware to move from the town centre and the plan had been to move into Bancroft Basin to shorten the distance. The snag was that the trip boat had left a paddle open the night before and the basin was nearly empty. As an alternative we tied up next to the rowing club and hired a taxi which eased the challenge a fair bit. 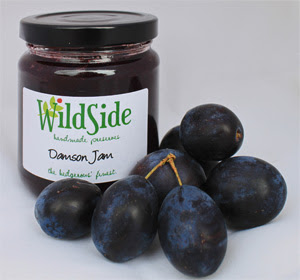 We also took a look at the craft fair but it was a half hearted effort with the stalls flapping around in the breeze and a thin crown taking a look at the indifferent items on offer. We were told that the whole season had been indifferent with many Americans staying away due to the weather and the anticipated crowds travelling to the Olympics.

We spent the morning sorting the boat out, rearranging all the stock and cramming jars into every nook and canny we could find, and then made a start on stoning those Upton Greengages. Two hours later and I was still stoning when Helena from Canal Boat arrived to do an article on Wild Side Preserves. It was a very laid back interview involving lunch, chat and perhaps most crucially  jamming and chuitnifying anything and everything in the shape of a plum! 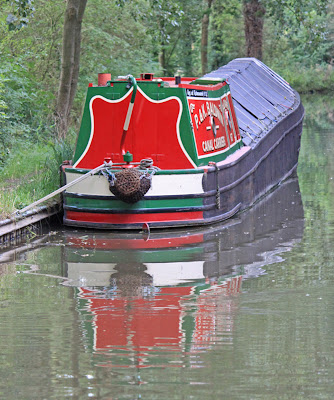 Then it rained, hard, so we were not inclined to move. We moored up again near the Chain Ferry and settled in for the day, working on photos, eating fish and chips and watching a DVD. Its good to have a static day once in a while.

I look forward to the article. Which edition might it be in?

Adam - how could I make such an elementary mistake... answers on the back on an envelope - please ;-)

Halfie - thats anyone guess - sometime between Dec and June!