I discovered the delights of the Gloucester Quays shopping centre today. I guess it must have been here two years ago, but it passed me by. The shopping centre has not one according to plan, with a much slower take up rate and the section nearest the water virtually empty. But they have a plan... All the shops have been moved into one consolidated block and it has dropped the "Designer" tag which makes it more of a shopping  destination and the aim is to move the multiplex in as well thus creating a vibe all through the day. Good news for shoppers but possibly less good news for boaters who like their moorings quiet. 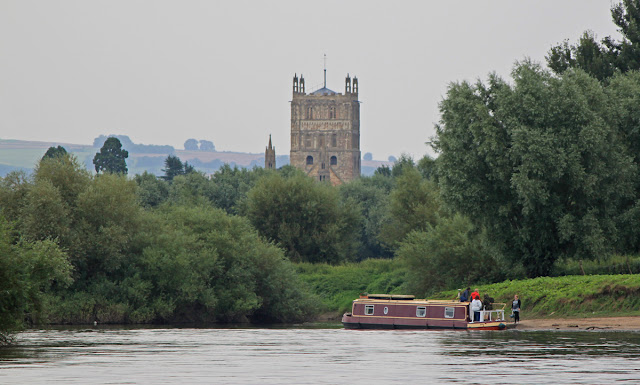 Tewkesbury from the River Severn

I made a bee line for Mountain Life and their supply of lightweight walking boots and trousers whilst Belle took a good look at Regatta. Our summer wardrobes have become a bit thin lately and this was a good opportunity to set this right.

We were on the move by noon, dropping down onto the Severn and were immediately hit by the 2.5mph current which sweeps down from Upper Parting. This adverse flow always comes as a surprise, slowing progress to  crawl, its not for nothing that this was called skippers reach and even today its tricky waters catch boaters out. 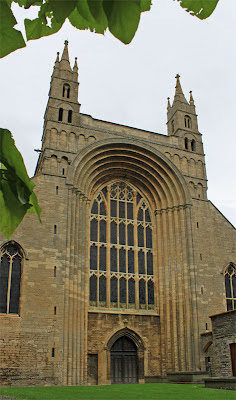 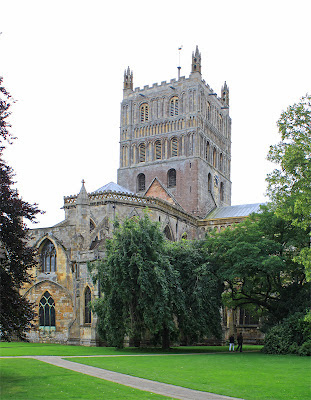 We proceeded upstream with the diesel booming out under heavy clouds which produced intermittent showers if rain. Not enough to soak me, but heavy enough to have me reaching for my waterproof. 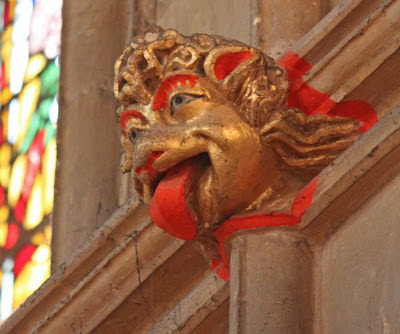 It was a relief to enter Upper Lode Lock, its gates standing open and ready following an advance call on Channel 74. As I idled in the chamber waiting for another narrowboat to catch up I asked the lock keeper why the outer, newer section of the lock is so large. I was told that it was built large enough to accommodate two dumb barges so that when they were towed up in strings they could all find shelter in the lock at the same time. Thus was particularly important at times of flood - you learn something new ever day. 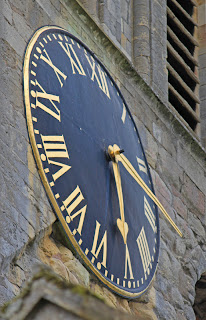 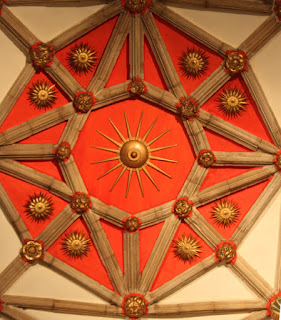 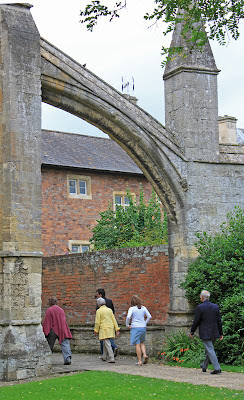 At last we were able to enter the Avon and it wasn't in flood. Our last two attempts have ended in failure so it was a relief to pass through the Tewkesbury Lock and pay our £50 fee to the Avon Navigation Trust. Having finally made it to Tewkesbury we moored up and spent a couple of hours exploring the old town and the Abbey. A nice place but on a Friday night it is absolute gridlock. 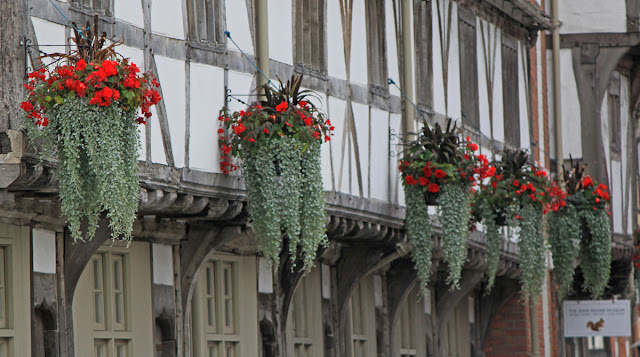 We decided to press on a bit as we want to visit the Pershore plum festival tomorrow, and we commenced what was to be a very long route round Breedon Hill which dominates the landscape. We have entered cruiser territory and suddenly the slow deep drafted narrowboat seemed out of place. Instead the local boats are small plastic cruisers with high speed and good maneuverability. These are not the towering gin palaces of the Severn, but much more modest craft, much loves and full of character. 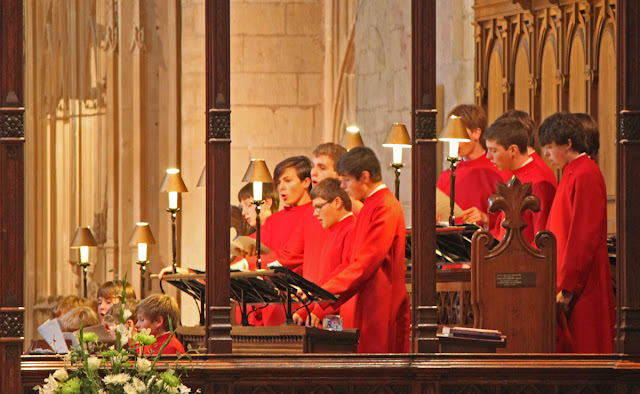 For an hour or more rain clouds built up round Breedon Hill, bowling up the valley like skittles in an alley. We avoided most but eventually one hit us head on at Strencham Lock, so I worked through alone and gave up an unequal struggle, mooring on the water point immediately above the lock. We retire for the night with the drumming rain competing with the drone of the M5 a mile or so away.