You can put away your maps when you are cruising the Gloucester Sharpness (when did it change from Gloucester Berkley as it is referred to in all the old books?) because its a there and back again sort of canal. Today I did get the Pearsons out but only because I wanted to explore the remains of the Stroudwater's direct link to the Severn.

I love my Pearson's, not because of a devotion of geographic accuracy but because of the passion and humour which accompanies the maps. However, a word of warning about these maps - the accuracy diminishes in a direct proportion to the distance you are away from the cut. Put more simply, imagine the good Mr Pearson out on his trusty bike surveying the lie of the land. All nice and accurate within his field of vision but totally unreliable as you stray further afield. Mr Pearson is directly responsible for many of my unexpected "finds" as I struggle to make the indications on the map fit the ground I cover! For pure geographic accuracy go for Nicholson or Waterways Routes. 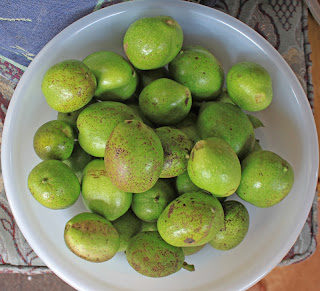 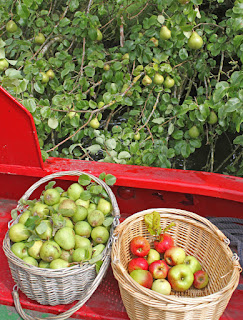 Anyway, having completed my somewhat erratic exploration of the canal to Framilode I returned to the boat and founds clouds of steam emanating from the galley. Jam making was proceeding apace so I was sent hither to seek out 40 walnuts and some sweet plums. Along the way I encountered three men and a boat, a veritable scene lifted directly from the pages of Jerome K Jerome. They has dropped their camping skiff, Wozisname,  into the upper Avon and had paddled all he way to Saul over a period of 4 days, camping in the skiff as they progressed. Next year, apparently, they will return to France for their summer lads tour. 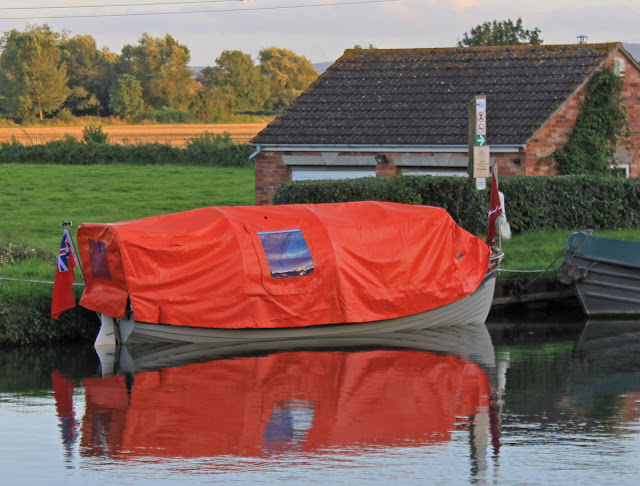 Having been here two years ago there was no serious reason why we should travel Sharpness and back. There is much left to be explored in this unique corner of the world - Slimbridge Nature Reserve, the Purton Hulks and an old castle to name but a few, but we had received a call fro a journalist wanting to to an article on Wild Side and a Monday meeting in Stratrord would be ideal - so we will say goodbye to the Gloucester and Sharpness and head back.

We refuelled at the very helpful Saul Marina (85p per litre pre tax) and lingered as we travelled past the assorted craft in the boatyard for repair. Its much more diverse that a canal boatyard in the Midlands.  Then it was the long straights into the city with just ourselves for company. Apples were picked and bridge keepers waved at and before we knew it, two hours had passed and we were approaching the crowded skyline of Gloucester Quays. 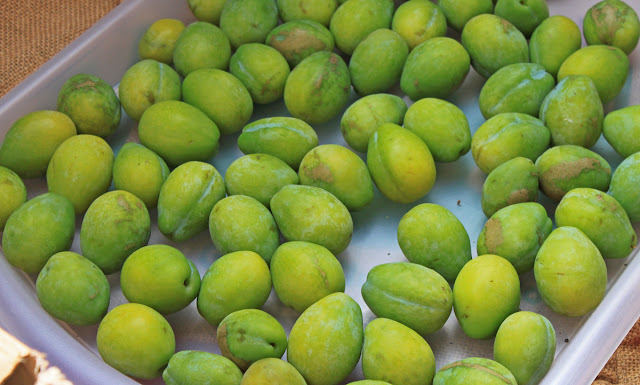 Greengages ripening in the cratch

Its always a bit of a worry, approaching Llanthony Bridge if all you want are the services before it. I always have visions of the huge structure rising up for my passage only for me to turn aside at the last moment. I pointed the bows resolutely for the tap and made a clear signal that I was turning left and the bridge desk remained solidly in place. 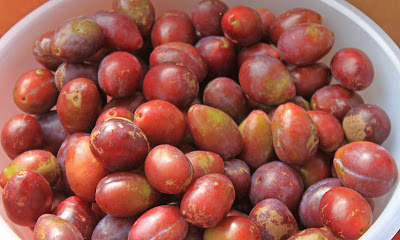 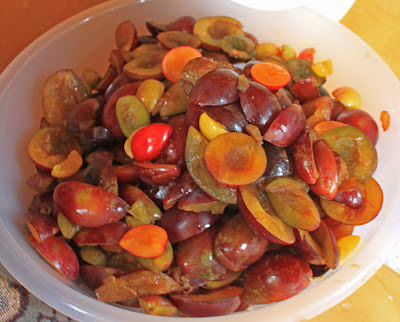 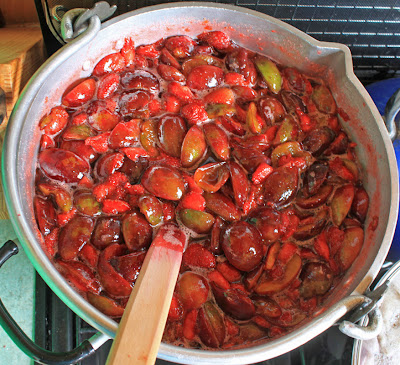 The metamorphis of Blaisdon plums

We called at Sainsbury's for more sugar, pumped out and re watered and finally returned to out favoured spot to the south of Llanthony Bridge. All very quiet and convenient for a tour of the mall tomorrow. Maybe this peace can be attributed in part to a bit of good karma emanating from the lightship Sula, which serves as the local Bhuddist centre. Quite fitting really - the Bhuddists shedding spiritual illumination from a decommissioned light ship!

By a  strange twist of serendipity, our stay in Gloucester Docks coincides with me reading the section in Iris Bryce's second book where they stopped for six months in virtually the same spot in 1975. Tomorrow it is back on the River Severn and then up the Avon, new waters for the crew of Wand'Ring Bark.
Posted by Andy Tidy at 6:00 am

Email ThisBlogThis!Share to TwitterShare to FacebookShare to Pinterest
Labels: Gloucester and Sharpness

Being a lover of OS maps, and preferring north to be up, I confess I'm a Nicholson's fan.

What are you planning to do with the walnuts? Most years we get inundated with them, and I get badly stained fingers from removing the fleshy outers.

Halfie
Inundated eh? We simply sliced them in half green and popped them into vodka to make Nocino - also adding sugar and loads of other stuff. Do you want the recipie? Must be made in mid August mind...