We spent the night on the moorings in the the company of nb's Autumn Years and Arden who spend their summers cruising together, but who were leaving before us. Given the strong flow we cast off and did a big leisurely figure of 8 in the river, allowing Autumn Years to move off - much to the puzzlement of the other moorers. I think I made things worse when I swung back to our starting point declaring "well that's enough cruising for one day - time for a stiff drink!" 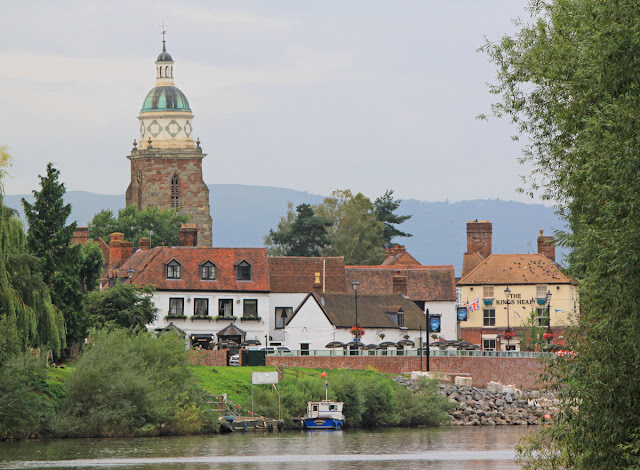 Now Upon on Severn has a little secret and I will share it with you. Its the little bookshop on the high street. It appears chaotic, and in some respects it is, but it is also a veritable Aladdins Cave overseen be an eccentric gentleman who is to bookselling what Basil Fawlty has to hotel keeping. The trouble is that he knows what he is doing and carries the most magnificent stock. The secret is to accept him as on the the world's under cherished treasures and to defer to him in his kingdom. 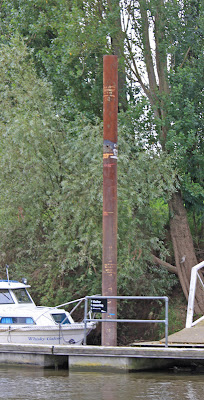 Flood markings at Upton on Severn


For starters his sign says he opens at 10.00am, but as we approached this literary holy of holies at the appointed hour its high priest was skuttling off with a "we are closed - try again in 30 minutes" called over his receding shoulder. We are no faint hearted book fiends so we retired to a local cafe to await the return of the Shekinah Glory once more. The patience of the faithful was rewarded and at last we were allowed into the sanctum, the high priest siting in his usual place, in the room to the right of his entrance which is piled floor to ceiling with books awaiting sorting and pricing. To the uninitiated it looks like chaos but to those of us in the know,   in this shambles lies the true path to literary Nirvana. 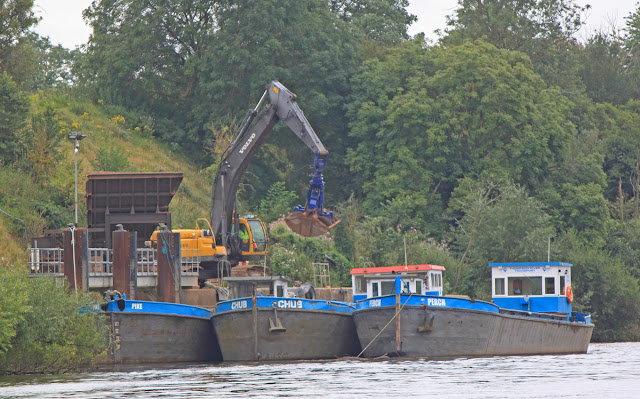 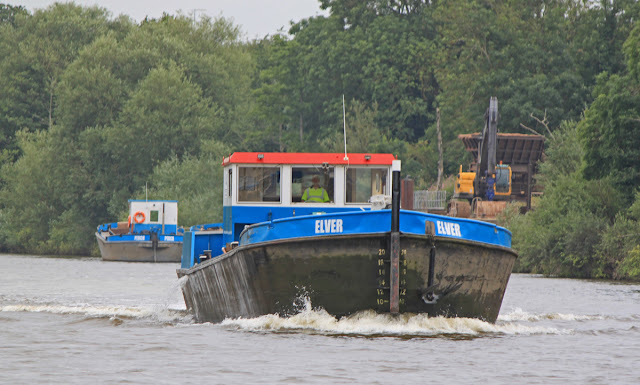 Gravel Barges on the River Severn

Oh! sorry - I seem to be caught up in a moment of rapture there. We finally escaped bowed down with a heavy load of boating and preserve making books, swapping the fine haul of obscurity for a crisp £50 note, which seemed to please the high priest no end. This little haul did include one absolute bargain - a coloured in copy of the BCN "Blue Book". For BCN fans this is the Bible but was printed in black and white. The practice was to colour the canals in blue (an unrealistic colour if ever there was one) but its a long job and it was well worth the money to have it done for me. But that wasn't the end of the excitement of Upton. No, far from it. We were out and about in foraging mode and chanced upon a Greengage tree, almost smothered in an oak. The fruit wasn't quite ripe but we quickly picked a ruck sack full for ripening in the coming days. Greengages are as rare as hens teeth so this was a big bonus.

So, we cast off for a second time at 12.15 and the strong flow helped us eat up the miles to Tewkesbury and the confluence with the River Avon. We will return here in a few days but it was reassuring to see the water flowing slow and clear - it usually looks like a raging cappuccino when we arrive.

Then its out onto the 16 mile semi tidal reach to Gloucester. We joined on the high tide with less than a foot of drop at Lower Lode Lock - the last on the river. The River Severn is notorious for its tree lined banks which seem to close in and leave you in mind of the book Heart of Darkness. But below Lower Lode the trees receded and the views open out over the surrounding meadows. This is a bit of a lonely waterway, travelled by few and hire boats are almost totally absent. Its a place for solitary contemplation and niggling worries that the engine seems to sound a bit different today.... a fear which routinely assails me when I have nothing better to worry about. 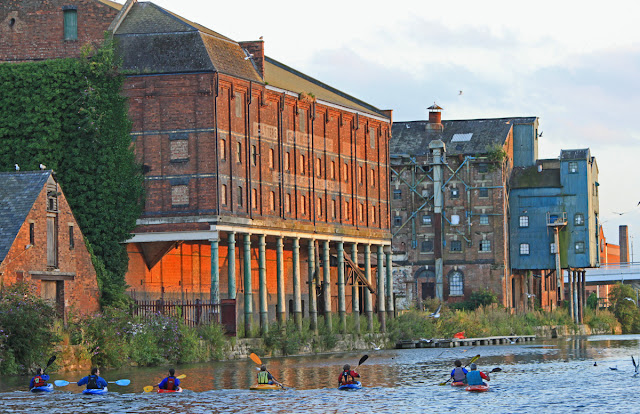 Unlike the Trent, there wasn't much chatter on the VHF but I did call Gloucester Lock at Upper Parting and again at the Railway Bridge so I was mildly irritated to turn the corner to the lock approach by the "big wall" and discover that the lock was closed and the red light was telling me to stop. This is the first time I have had to hold back on the wall and opted instead to try and hold my position in reverse. I located the stern against the wall and waited, and waited, and waited. After what seemed an age the light flashed telling me the lock was being prepared and finally we were allowed into the safety of the lock chamber, gateway to the Gloucester and Sharpness Canal. 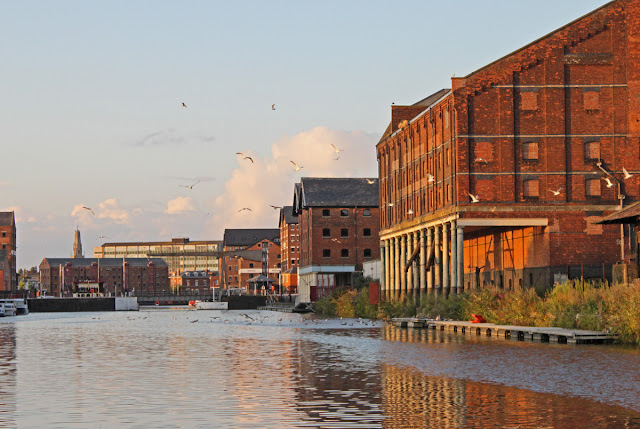 A word of warning here. Gloucester Council places a restriction on the opening of Llanthony Bridge - 8.30 till 9.00am and 4.30 till 5.30pm. We arrived at 4.32 so settled on for a wait - not that it is a difficult place to entertain yourself. Gloucester Docks are an impressive location. 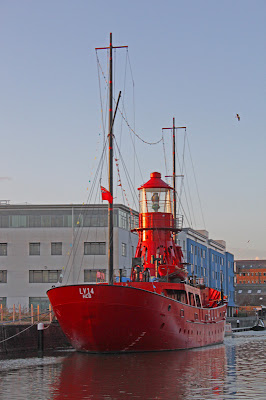 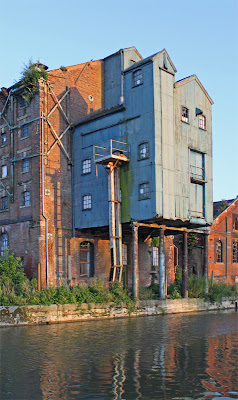 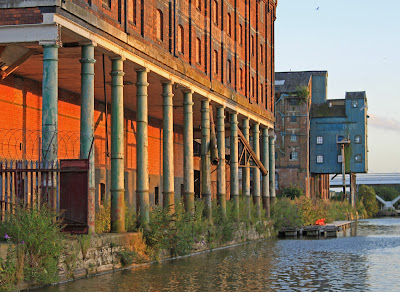 Having passed through the bridge we restocked at the very convenient Sainsbury's and then allowed ourselves to be blown against the blackberry bushes where we picked 5kg of jamming fruit. We pumped out and re watered before settling in for a peaceful night on the pontoon beside the unopened section of the Gloucester Quays redevelopment.

Great place this.
Posted by Andy Tidy at 6:00 am