Today I am breaking one of my principles - I am writing a post about a lost canal before I have paid it a visit. Not a big issue I know, but I fee I need to offer some justification. The thing is that I  regularly come across good images for lost arms of the BCN and then lose then before I get round to on the ground exploration. This is very frustrating and as my blog is increasingly morphing into an on line reference library I cant see why I shouldn't alter my approach. 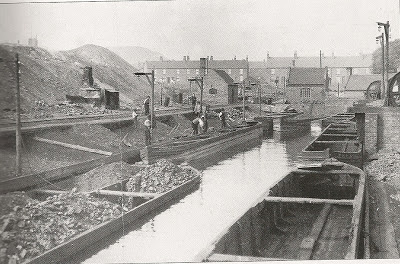 So here it is - The Causeway Green Arm which is at the southern end of the Titford Canal. Motor along to the junction where the Portway and Causeway Green arms diverge at the Titford Pools alongside the elevated M5. Today only a shallow stub remains, truncated by the M5, but Google Earth reveals the continuation of the arm beyond up to a railway line. 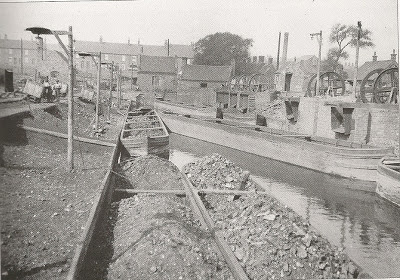 This extension was added in 1858 to serve collieries and brickworks including Rowleyhall Colliery. 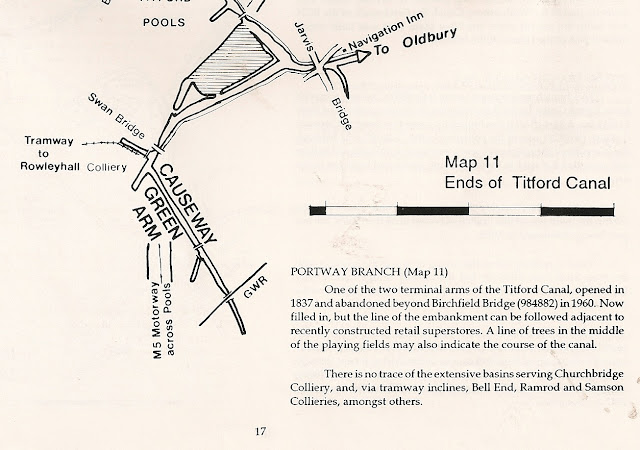 The images here were taken in 1898 at a basin near Titford Lane and York Road, with the originals found in the Alan T Smith Collection and a copy in Black Country Canals by Paul Collins.