We paid a visit to Woodforde's brewery near Norwich in November 2013 and whilst there I picked up a Nog kit plus a few bottles of assorted Woodforde's ales, which we sampled with the able assistance of the crew of AreandAre. 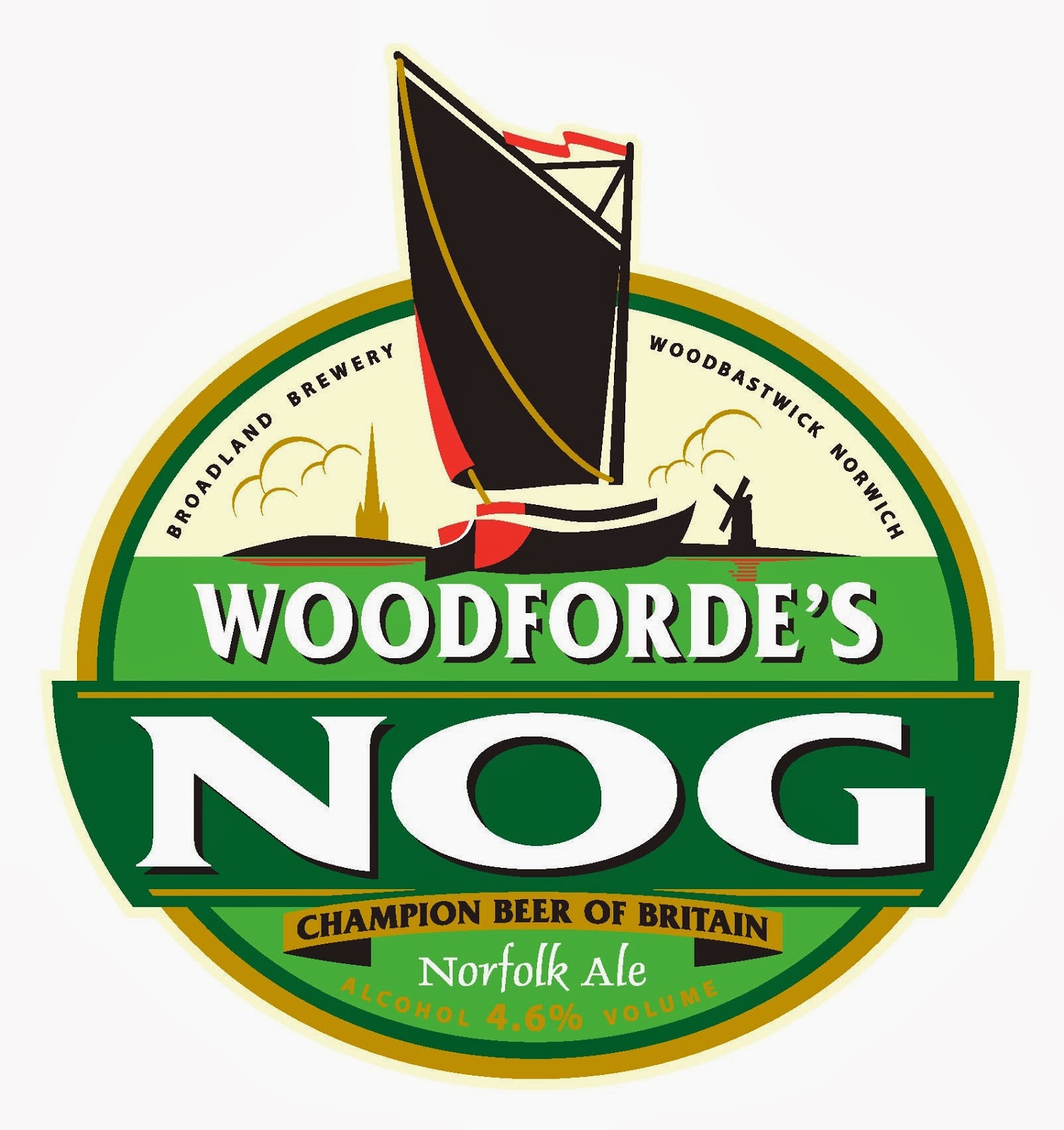 Nog stood out as a particular favourite and it was with some trepidation that I set about creating my home brew version - surely it couldn't compare with that rich hoppy flavour of the original?

As you may be aware, Barry from AreandAre is more than an enthusiastic home brewer. He is a walking encyclopedia on the subject, but more than that he has just launched his new Homebrew Boat so you can pick up your home brewing supplies from the boat or via mail order.

With Barry's encouragement and technical know how I have been varying my approach.

I have had a few less than great end results recently, where the beers seemed a bit off and Barry's diagnosis was the ingress of oxygen into the beer. They were OK in the fermenting bin but by the time I transferred the beer to the bottles air got into the mix and the rot set in.
So for this batch a new approach was prescribed by the Beer Doctor:

1. Ferment it in a pressure barrel till the bulk of the first fermentation is complete - about 5 days
2. Add 1 tsp of sugar per pint to a new barrel and rack off the brew to this barrel.
3. Add CO2 to the barrel to keep the oxygen off
4. Leave in the warm for 3 days to keep the fermentation going.
5. Put the brew in a cold room to mature and use direct from the pressure barrel
6. Accept that there will be some yeast in the bottom of the pressure barrel but if you use quality yeast the impact will me minimal - better that oxidisation,

Golden rule - oxygen if the brewers enemy - keep it away from the beer.

The above programme went well except for the overflowing wort in the initial stages, welling up and out of the pressure barrel. There wasn't enough headroom for the froth so I have bought an extra fermentation bin from Wilkinsons for this task.

The end result is an amazingly full bodied beer, rich and hoppy almost out there in the stout region. Delicious. The test will be endurance of the beer as we drink it over the next couple of months, with regular top ups of CO2 from my big new shiny cylinder.

Woodforde's description is spot on:

A classic ‘Old Ale’. Wonderful in the winter after a day outside and to be savoured in a great pub in front of the fire. Try it with game; Venison or Pheasant. A worthy former Champion Beer of Britain. Smooth, rich and rounded 'Old Ale' with a velvety texture and hints of chocolate, treacle and liquorice.

Certainly one to repeat.