If we were in Biblical times I would have to say we sojourned in Braunston. Well, if sojourned is a bit strong we certainly used the 48 hour mooring allowance to the full.

Having loaded the new fire from Yarwood we slipped back to an inviting patch of shade north of Bridge 1 and settled in to ride out the hottest days of the year. Thursday passed in a whirl of marmalade preparation whilst we awaited the arrival of John and Janet Halford aboard Jubilee, who were making a swift approach from the south with advance notice being provided by Bones who paid a flying visit accompanied by Boots. 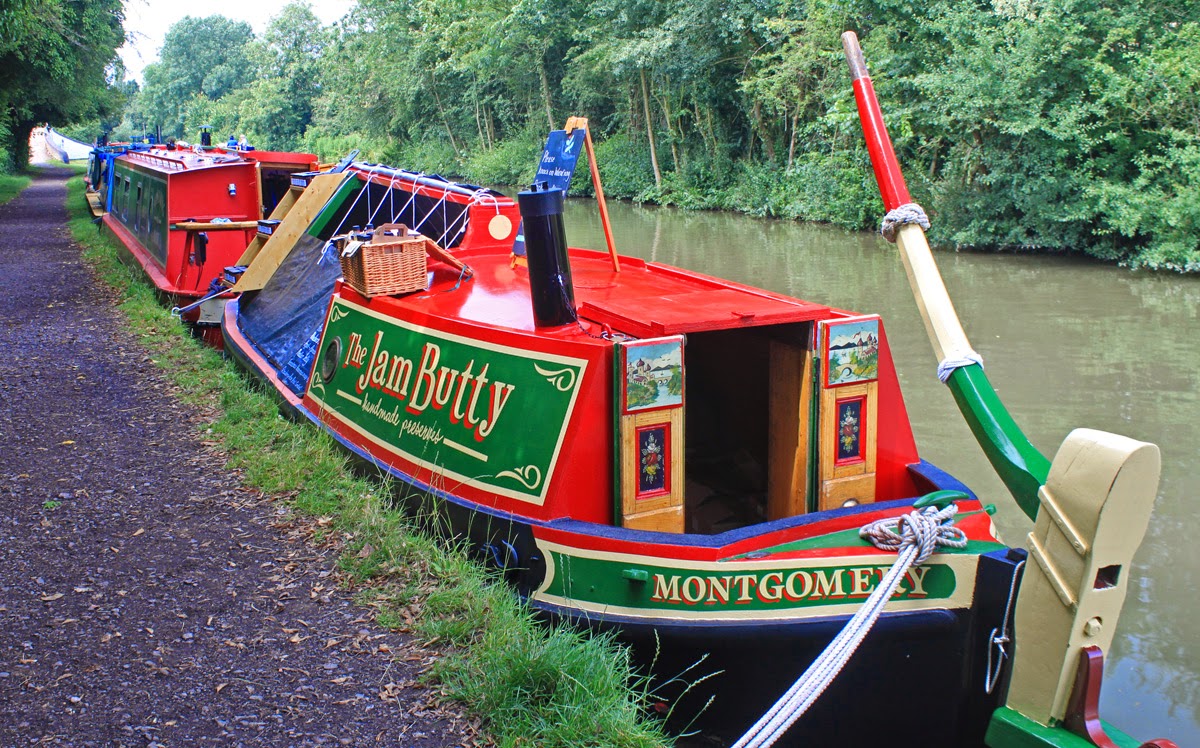 We set up The Jam Butty in ambient trading mode which essentially means putting out an unmanned display without tasters and so we spent the day customer spotting - watching walkers pass and pause. If they pause long enough I emerge and engage and as often as not not we make a sale. Its a bit like fishing but more lucrative! 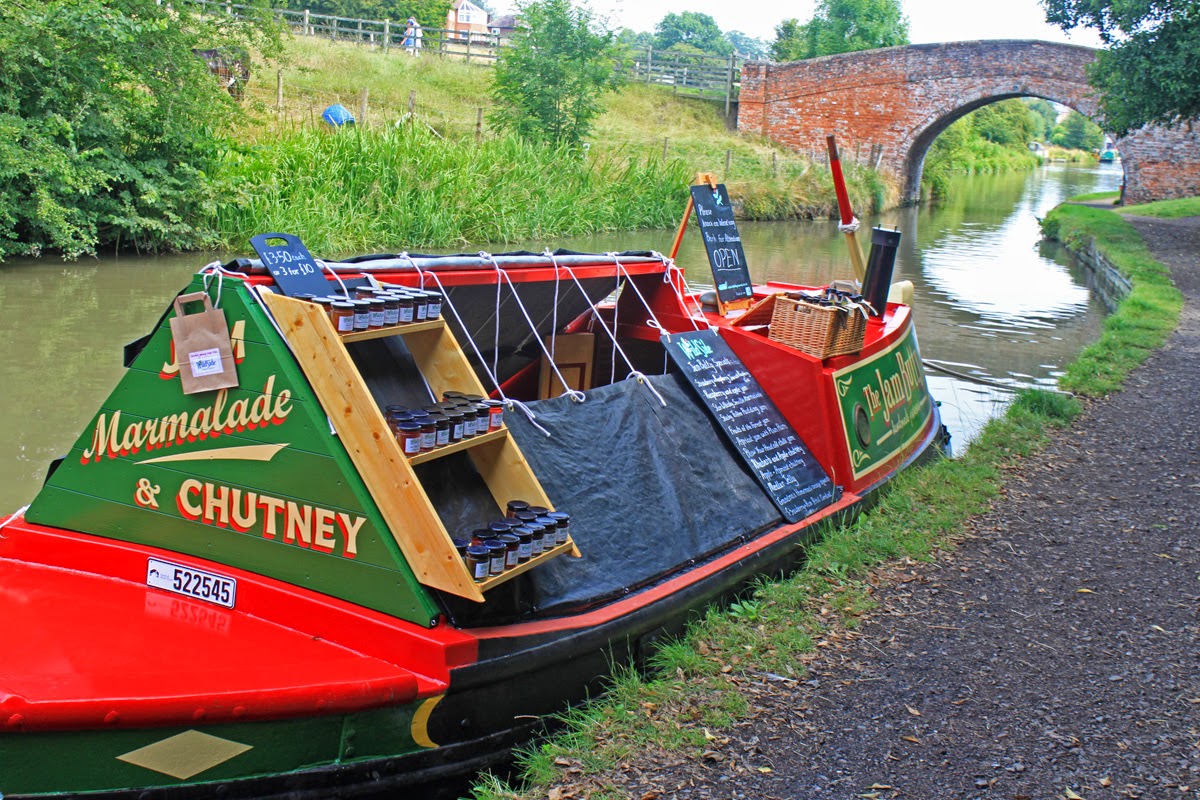 During all this "fishing" I spent about five hours prepping lemons and limes and whilst I cut a fine peel, it is an occupation which can pall so I was very pleased to hear John Halford's cheery voice outside and immediately secured a free pass to go out to play! The Halford's cruise marks Jan's retirement so we celebrated with Champagne followed by an al fresco meal at the pub. 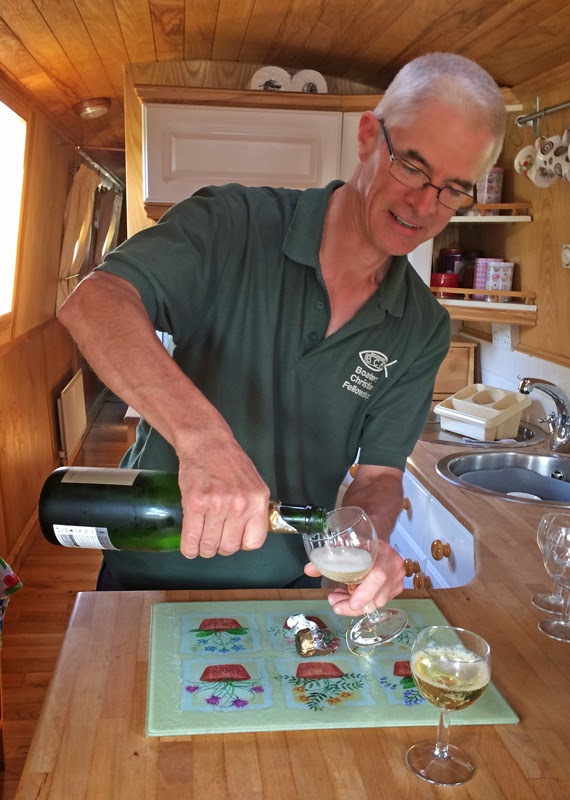 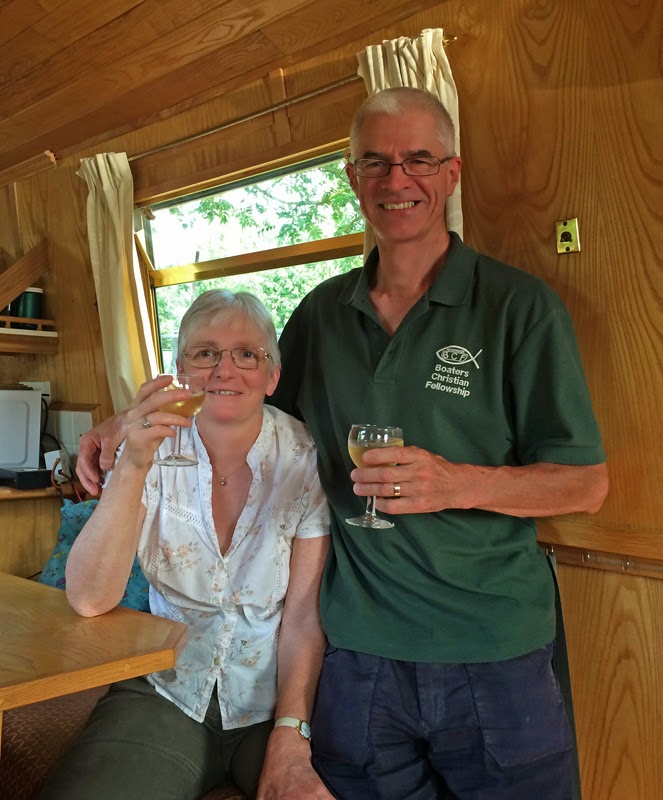 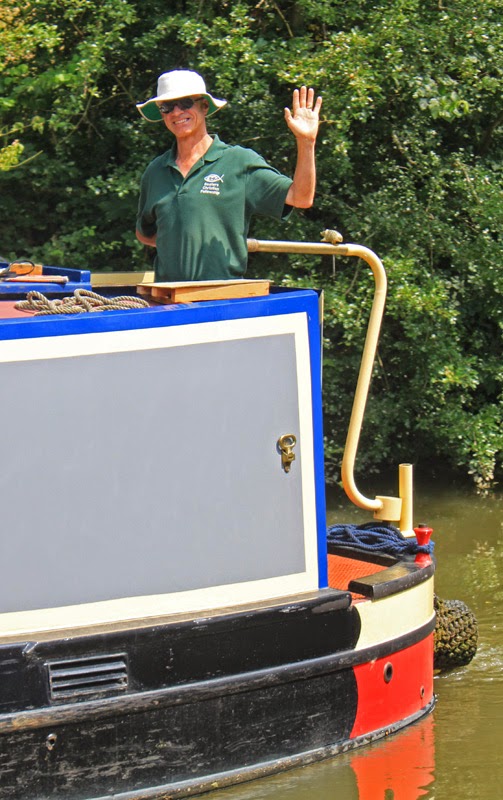 Friday marked a bit of a low water mark for me, It was the hottest day of the year and somewhat misguidedly we decided to embark on a mega Marmalade making session. It started OK in the cool of the morning but as the thermometer approached 30C outside without a breath of breeze it was warmer still inside. In the end I abandoned shop and sought some shade / air outside, watching Michael Wooding wind Draco and Success in the entrance to Braunston Marina. I was glad to see the back of Friday with the overnight thunderstorm cooling things off no end.

I seem to have fixed 95% of the butty leaky sheeting problem with a bit of duck tape and the downpours only resulted in a  couple of pints in the bilge. 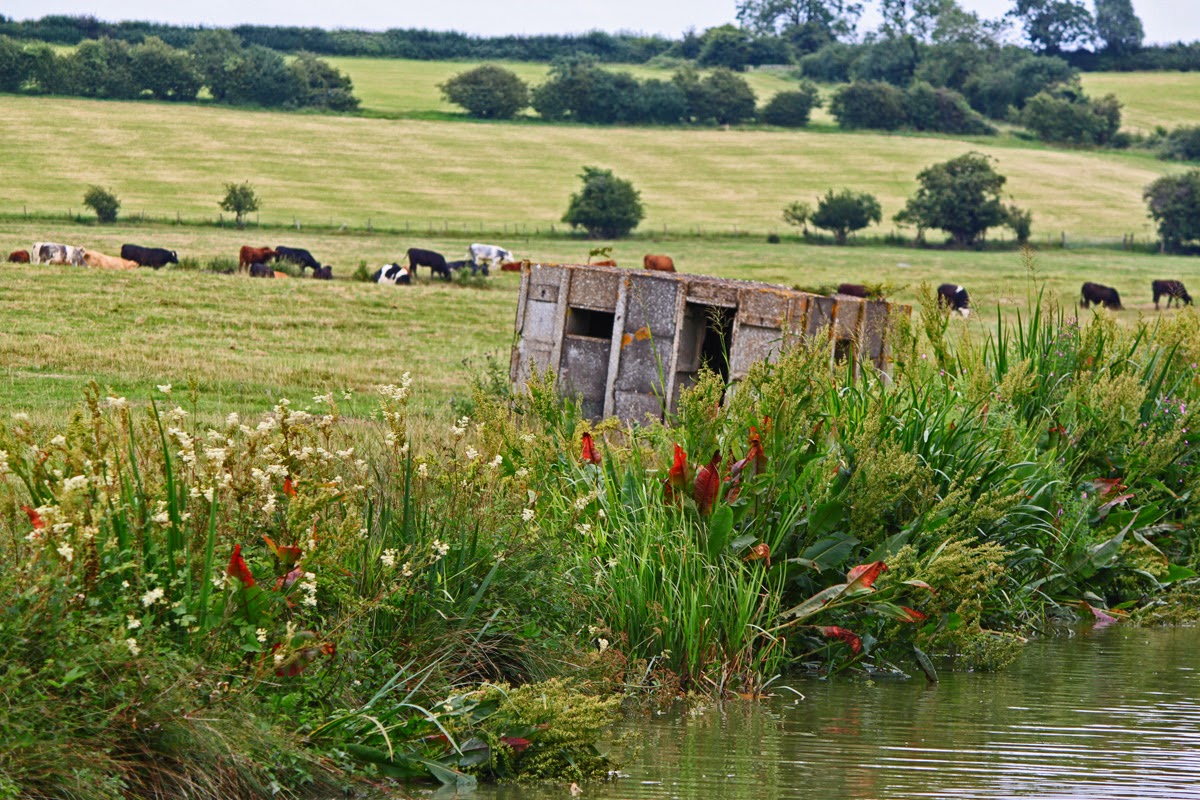 Forgotten conflict at Marston Doles on the Oxford Canal

We took our leave at 8.00am on Saturday sliding past a largely sleeping boating community, arriving at Wigrams Turn a couple of hours later. The forecast was for thunderstorms at 4.00pm so we made a swift ascent on the Napton Flight and set out on the long and winding summit pound to see how far we got before the storm hit. As we approached the Wormleighton Radio Mast the sky ahead was a sea of writhing blackness and with the next hill obliterated by rain we stopped. The trees thrashed and a spatter of rain fell but we missed the storm by a few hundred yards. 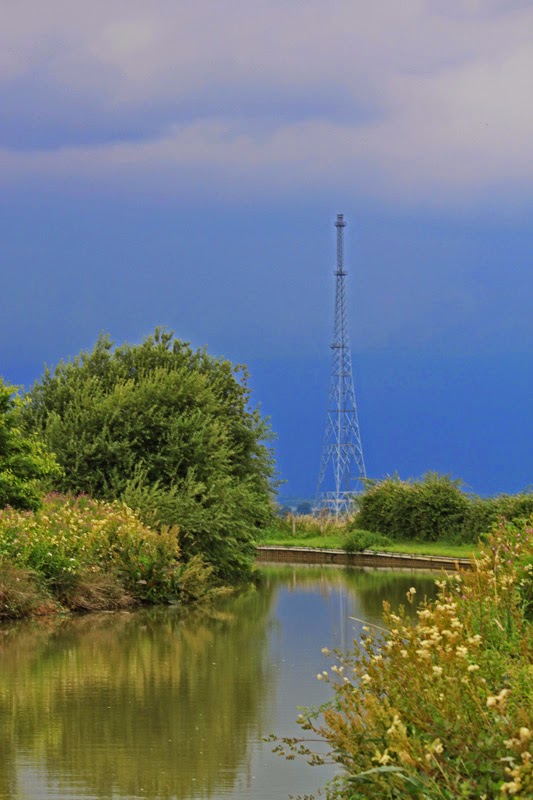 The sun then emerged so we untied and trundled on to Fenny Compton, sampling the culinary delights of The Wharf Inn. Top tip - their portions are huge. He has the £8 shared starter which was a meal in itself and couldn't finish our burgers. If we go again we will order the shared starter and a pudding.