The Stourbridge Extension Canal has near legendary status in the annals of lost waterway hunting.  From Bromley Lane Bridge north the pickings get increasingly thin. 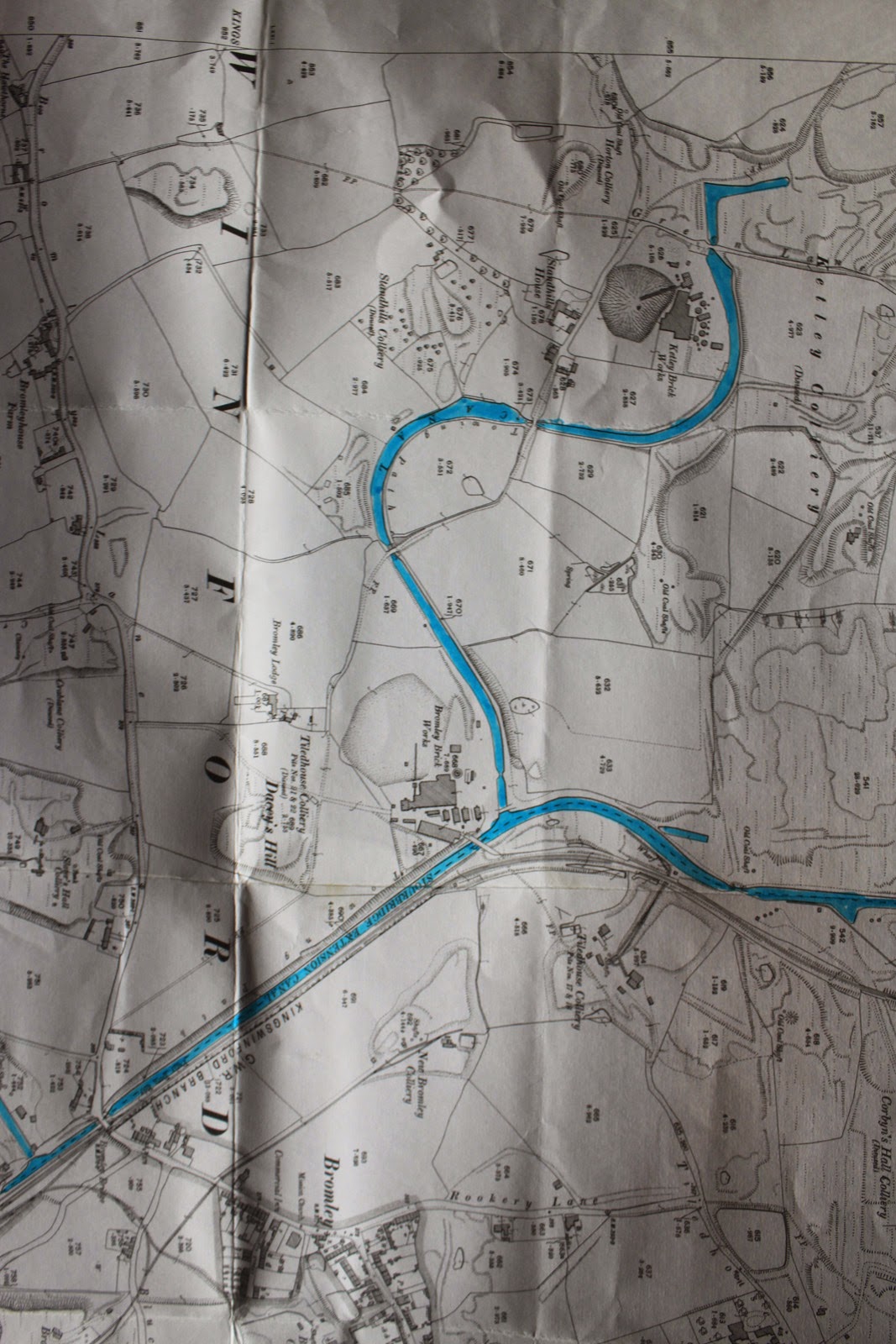 For a start they inconveniently built a housing estate in the canal line in the early 1980's, so rather that clambering through one hundred back gardens I opted for the more socially acceptable proxy of walking the adjoining abandoned railway track of which one set of rails is still in place. There was something slightly surreal about walking between the platforms of a long abandoned station (the ones you can see on the picture with the canal to the left.). 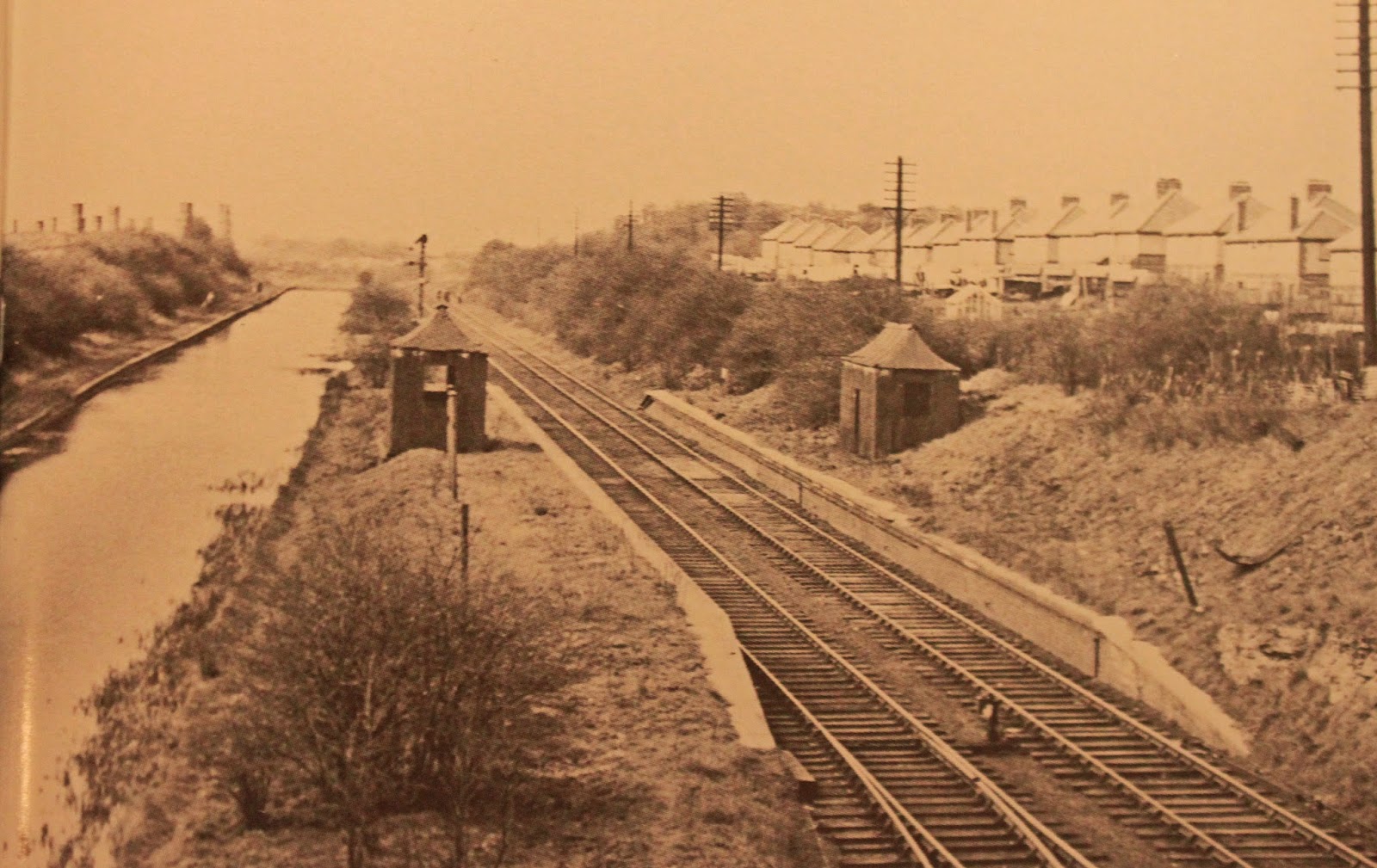 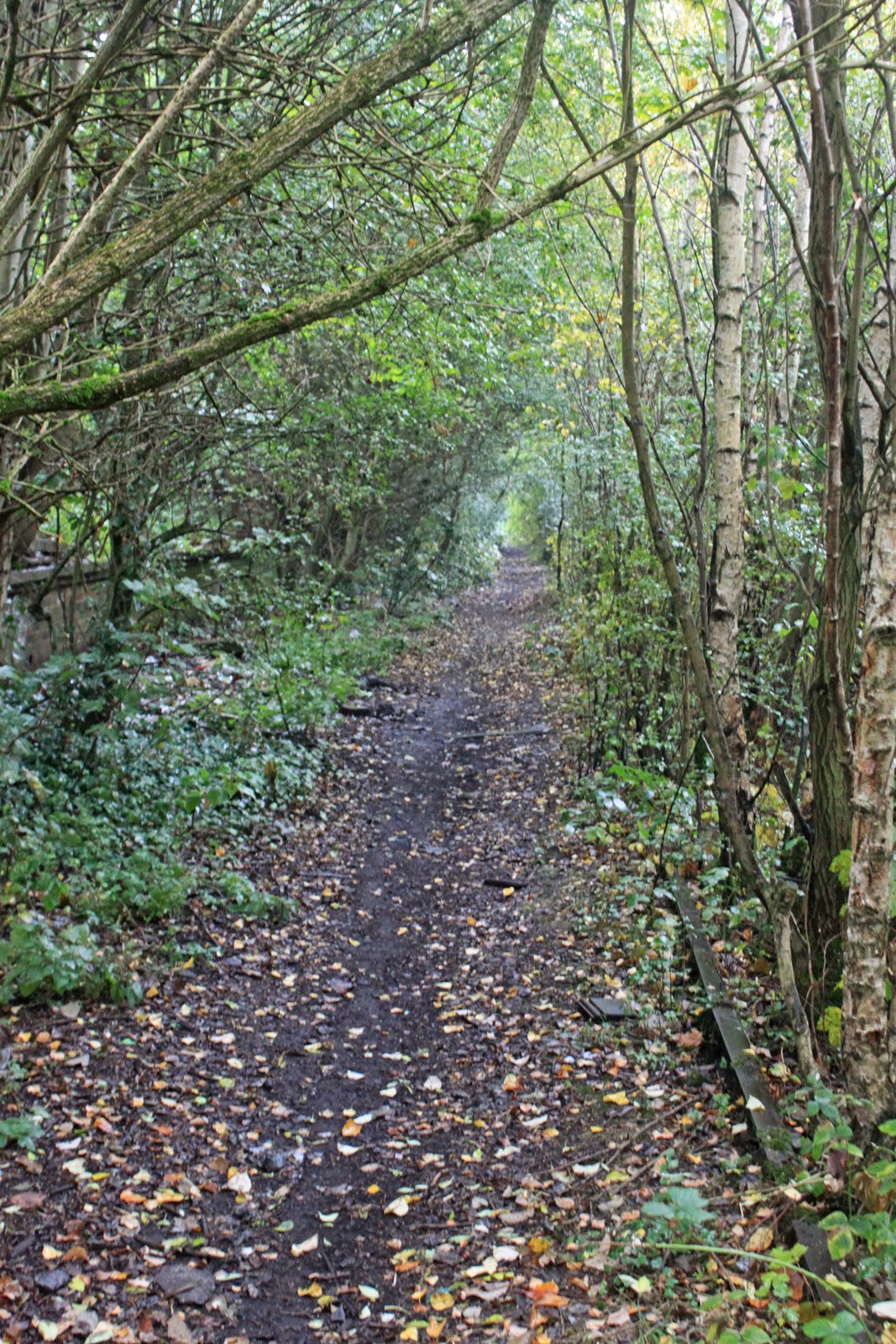 It was also very remote with no access point for 1/2 a mile. Having met a very strange chap at Bromley Junction I was glad not to run into any undesirables on this  lonely section.

Eventually you can feel as much as see the railway bending to the right, cutting a corner where the canal drifts away a couple of hundred feet. Its here the Standhills Branch left and obligingly there is an access path into Tunstall Road, which lies on the path of the canal. 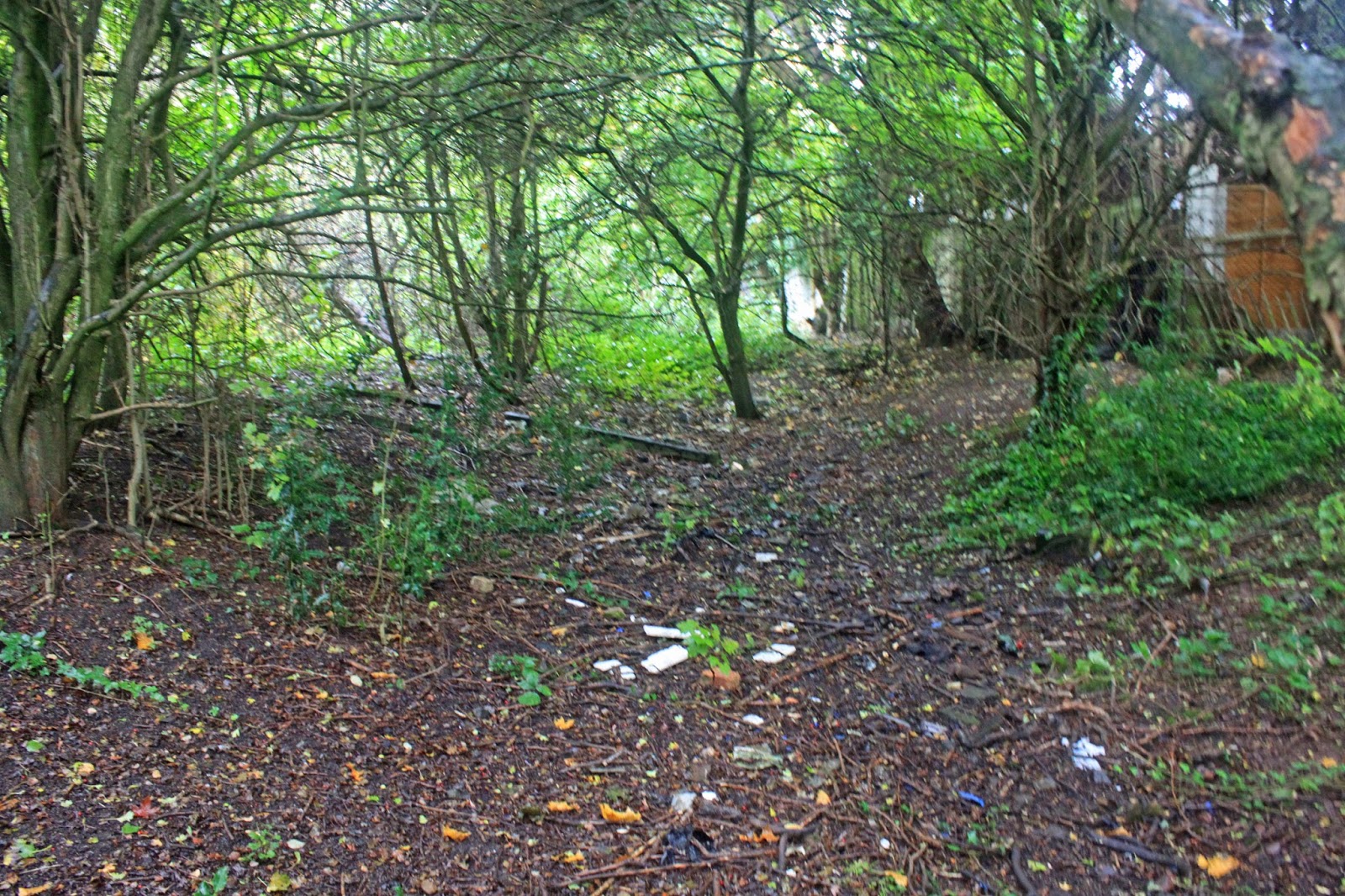 The 3/4 mile Standhills Branch snaked north west to within 100 yards of the Western Boundary Fault, being built in 1840 when there was no pre existing industrial activity along its route.

The course of the canal is ill defined, with the entire area being regraded before the estate was built. To track its course you really need a copy of the 1903 OS map and overlay this on the modern A-Z using the few reference points available to you. As far as I can tell it crossed open space between Lapwood Avenue and Vernier Avenue, went beneath Alder Road and then commenced a sweeping 90 degree clockwise arc under the sports field of The Crestwood School. It exited at the north west corner, passing under a bridge which used to carry an extended Ketley Road at Standhills House 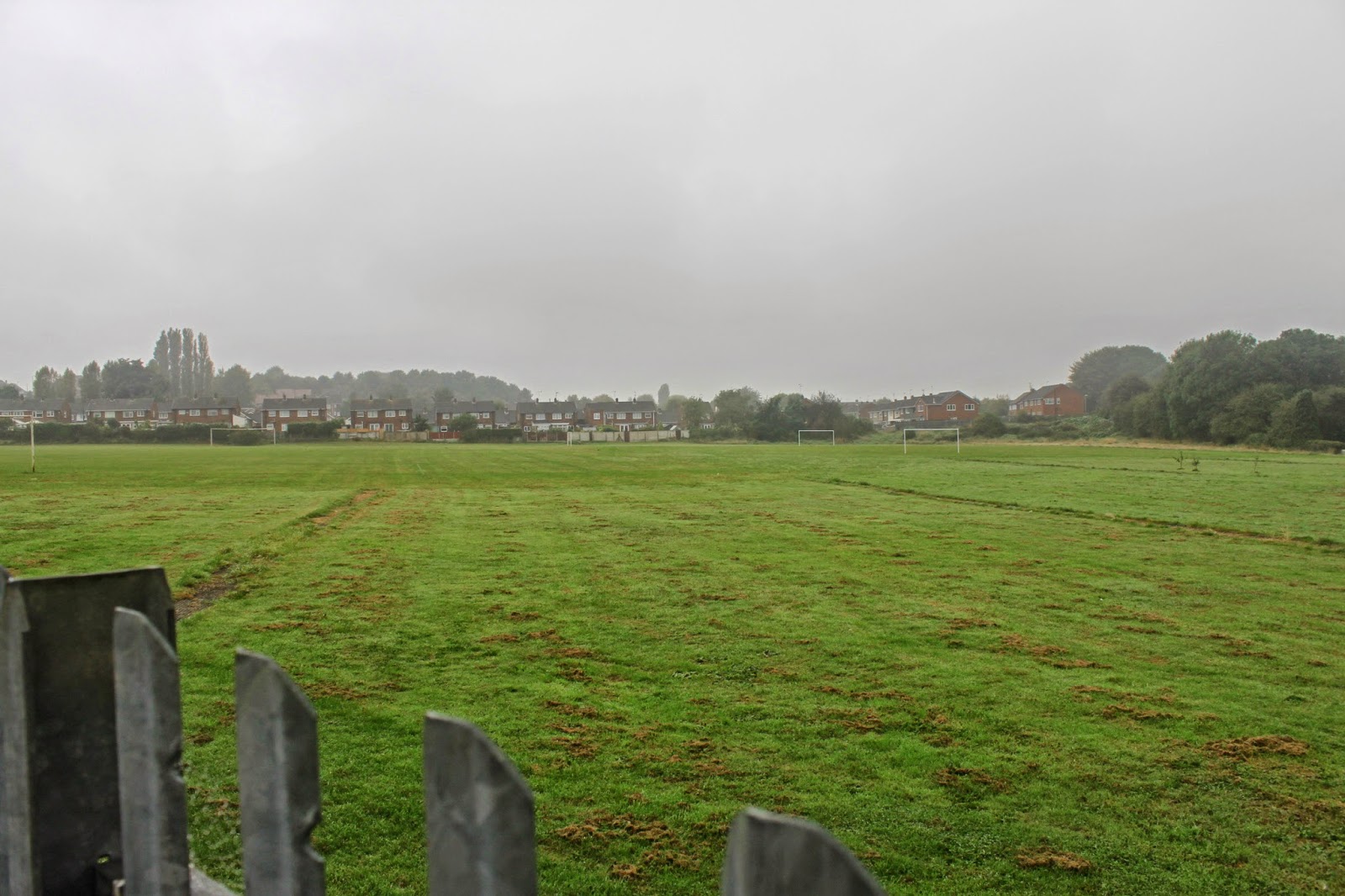 The bridge was removed to the BCLM for safe keeping,but photos remain with a constriction date on 1838 cast into the side and it has since been re erected on the Stourbridge Town Arm near the Bonded Warehouse. 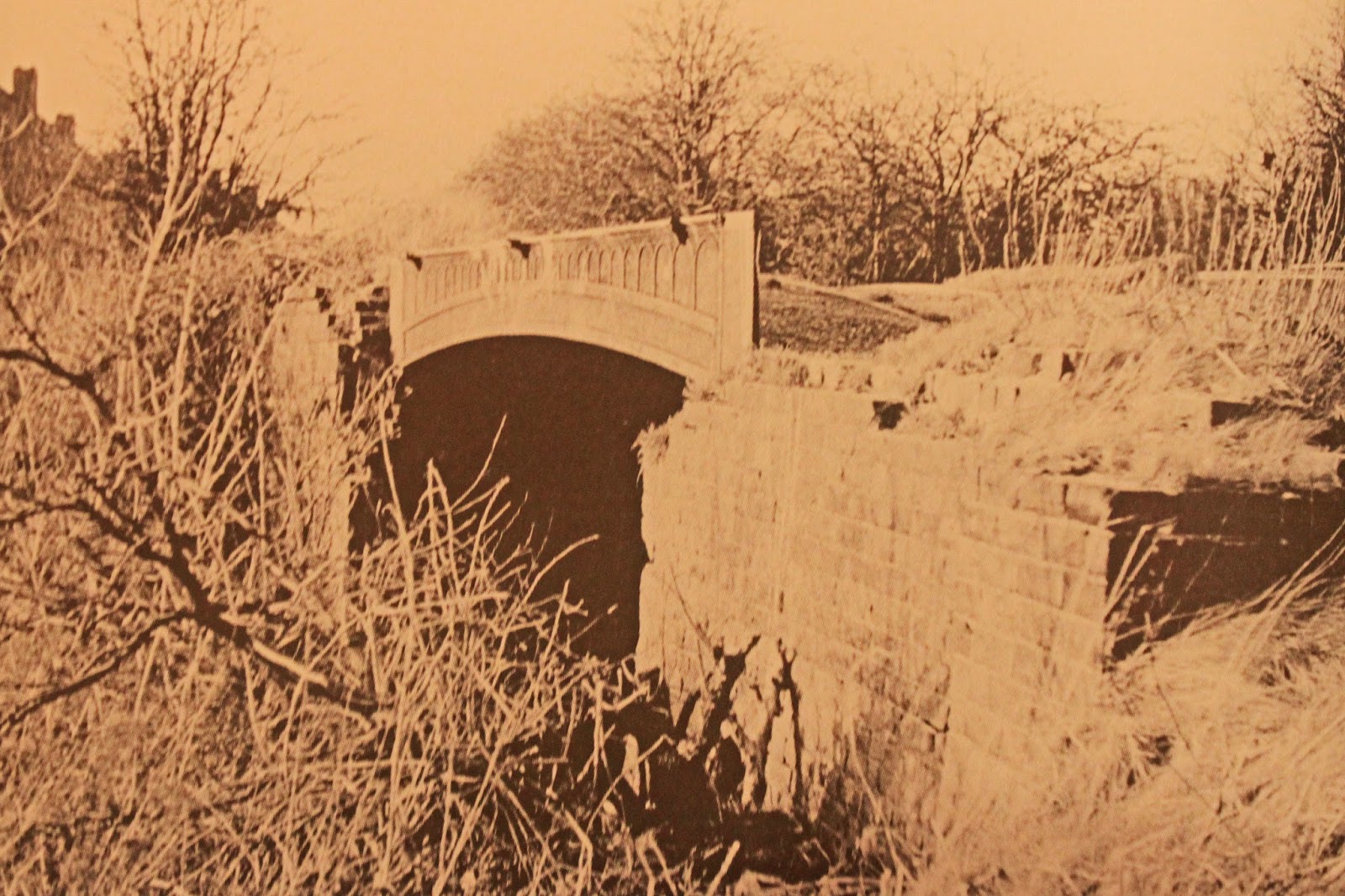 It was from here on that I expected I would find a couple of hundred yards of well preserved channel as it wound round the back of the Ketley Brick Works. Sadly, whilst it was there when Langford did his exploration in 1992, and still present on the current Google Earth images, I seem to be a year too late! The Brickworks area has just been flattened with an impenetrable fence erected round its perimeter. 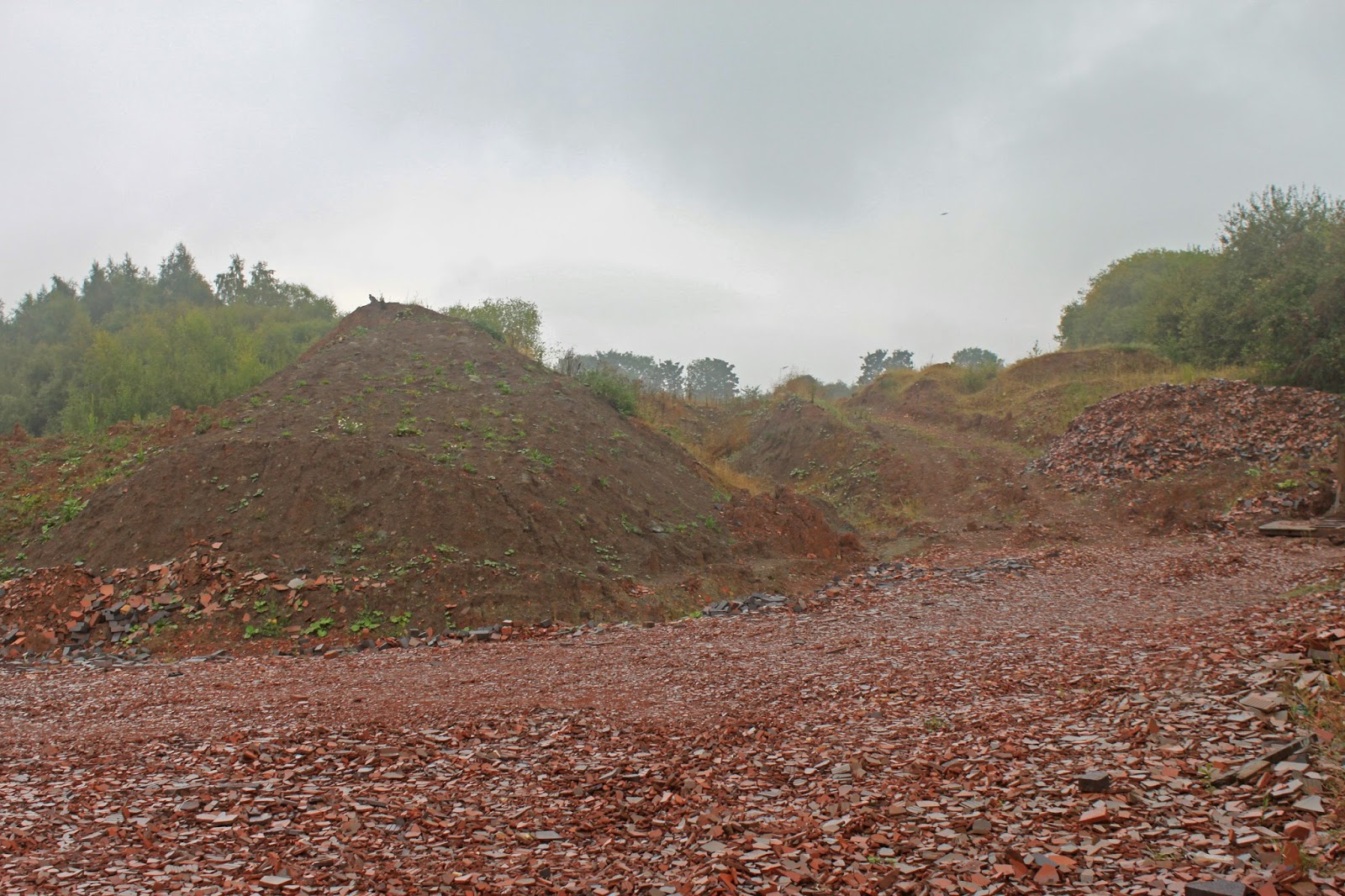 I walked round to Green Lane / Ketley Road and found what appeared to be the canal crossing point. There were even some bricks in the ground which may nave been part of the canal edging but beyond its just featureless public open space with no trace of the terminal basin. its wharves or lime kilns, all submerged in waste from the Horton Colliery in the first few years of the 20th century. I guess it means its all under there somewhere.

As was the case at Bromley, the mines were closed by 1880, with Standhills Colliery being briefly reopened during WW2, but by then the canal was long gone.

Ketley Brickworks occupied a busy site at the far end of the canal and latterly the factory element was removed to allow access to the Old Hill (Etruria) Marl which was trucked for processing at the extant brickworks on Dreadnought Road, Tansey Green a little further along the old line of the canal. The site is now being leveled and presumably restored to agriculture and or housing.

With about 2/3rd of the canal line explored you would be forgiven for expecting another couple of posts as we track the route to Stallings  at Gornalwood. Sadly, the fate meted out to the end of the Standhills Branch is repeated along the rest of the course. The once mighty Corbyn's Hall Ironworks and Shutt End Ironworks both died a death and were completely redeveloped at the Pensnett Trading Estate. I could show you photos of First Avenue which lies over the course of the canal, but its all rather depressing and dull with the final basin sitting beneath what is now the Ibstock Brickyard.

I guess its some compensation that the brick industry which used coal from the canal has survived and thrived, with modern technology managing to dig ever bigger holes  in the ground for clay. What's the guessing that in years to come fuel will be in such short supply that coal shafts are sunk way beyond the Western Boundary Fault, or maybe the area is ripe for a spot of fracking.....

Well, that's it for the Stourbridge Extension.
Posted by Andy Tidy at 6:00 am