Tracking down the western portal of the Lapal Tunnel is very tricky All trace has been covered but the maps suggest it exited just west of Lapal Lane South, close to the fishponds of St Marys Abbey. 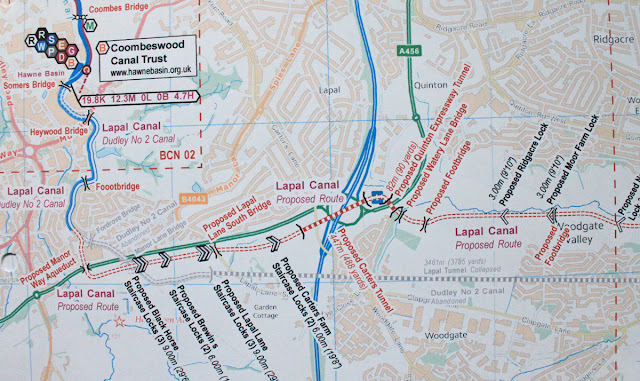 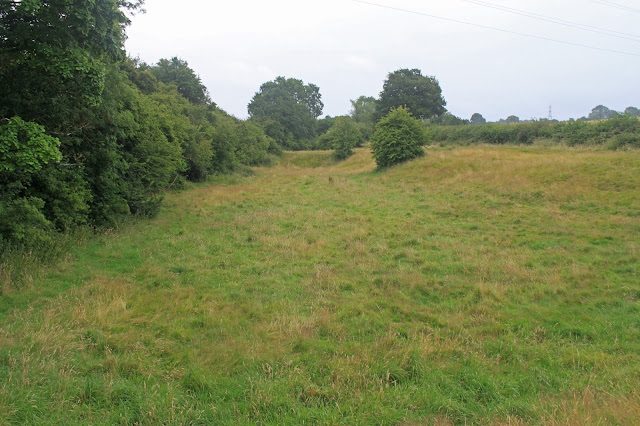 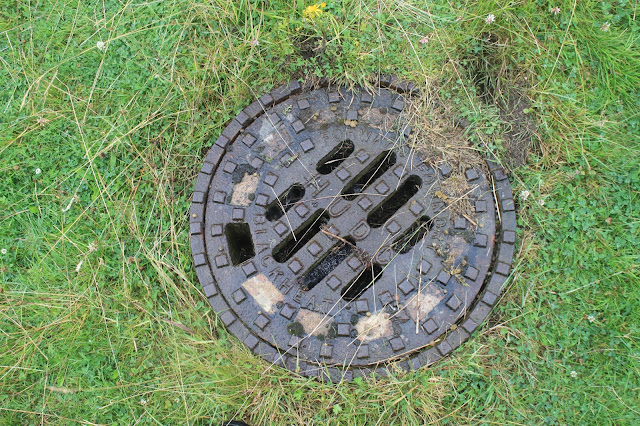 There is a footpath from Lapal Lane to the fishponds which offers a great view of the remains of St Mary's. There appears to be a vent / manhole cover in one pf the fishpond dams which clearly is not medieval and may be a tunnel vent inserted after closure. 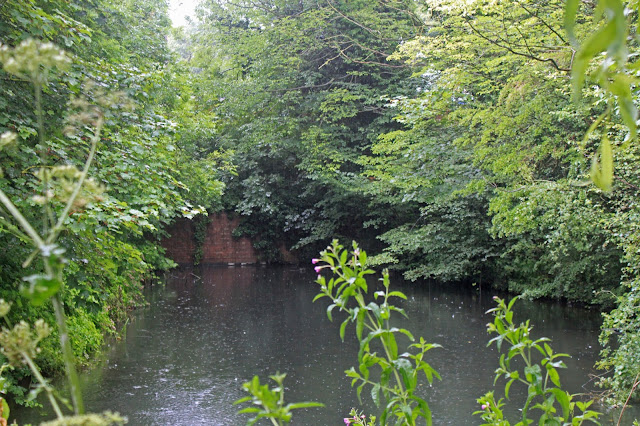 The canal swung north at this point and crossed what is now the A456 just below the  Black Horse Pub, an old boatman's pub. 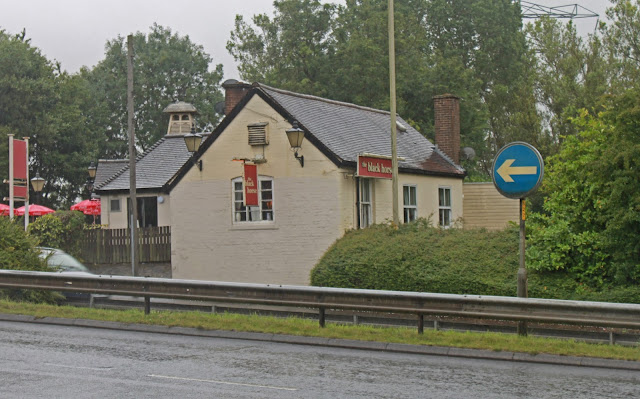 From here the canal track becomes obvious heading north just to the west of Cloister Drive with the towpath turned into a cinder footpath. The canal bed is full of weed cut clearly visible as it contours round the hill eventually reaching a narrows which was reconstructed in the 1990's. 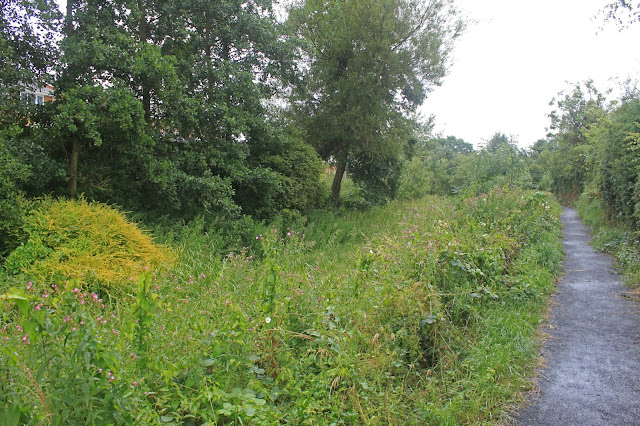 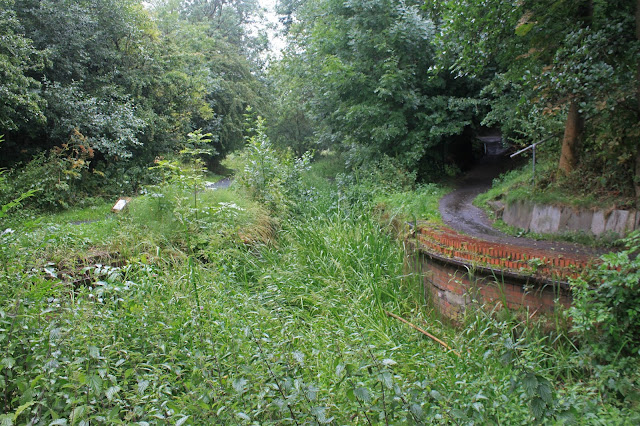 Then suddenly the canal is in water as it crosses Leasowes Park on one of the biggest embankments have ever seen. I had been wondering where all the tunnel spoil went and I guess the embankment offers a likely solution to its absence from the fields around the western end. 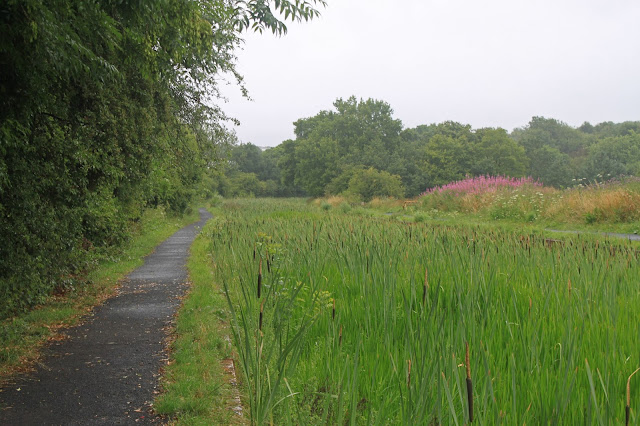 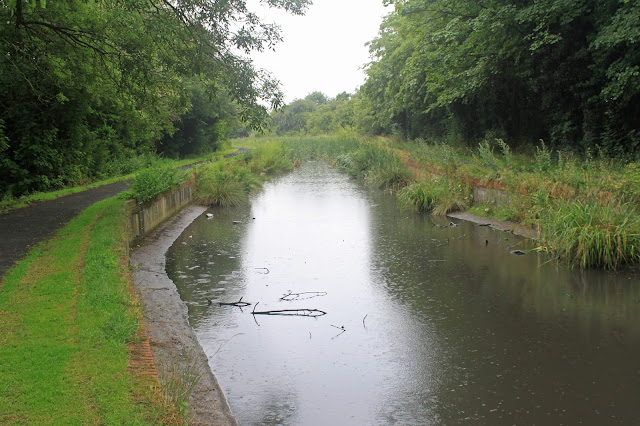 The canal is largely empty over the embankment with just a foot or so of rainwater offering a canal like appearance but it offers a great circular walk right up to Mucklow Hill and then back again on the other side, the path flanked by the remains of a minature railway track with amazing views over the trees surrounding Breaches Pool in Leasowes Park. A spectacular sight even in the pouring rain! 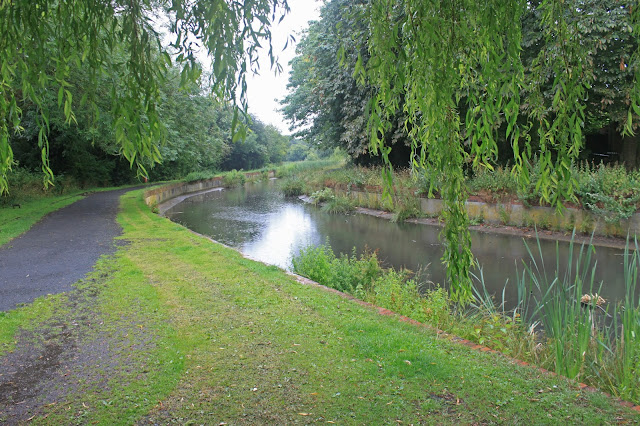 You wont forget to mention the free Lapal Canal maps at http://www.waterwayroutes.co.uk/wr/maps-lapal.html will you?

Using the Memory-Map (qct) version with its GPS tracking will lead you directly to the tunnel mouths with no doubt about positioning.

The Lichfield and Hatherton Canals maps are free too, as are all the mapped restoration projects.

Feel free to use extracts from the free maps in your blog posts without asking each time.