One mention of the word Nutbrook and the pounding tune of Tina Turner's 1973 autobiographical hit Nutbush City Limits was rolling around my head. Nutbrook was a tale of small town America whereas Nutbrook is a small stream in a remote Derbyshire valley, but there the similarities end.

I am off in search of the Nutbrook Canal, an independent branch of the Erewash Canal built by local landowners to carry minerals (coal and ironstone) from its head to the ironworks at its foot. Whilst there was some traffic in and out to the Trent and beyond, in the main it was built for local service and the profits were delivered more in the  form of increased prosperity for the collieries and meal works on its banks than from the canal trading company itself. 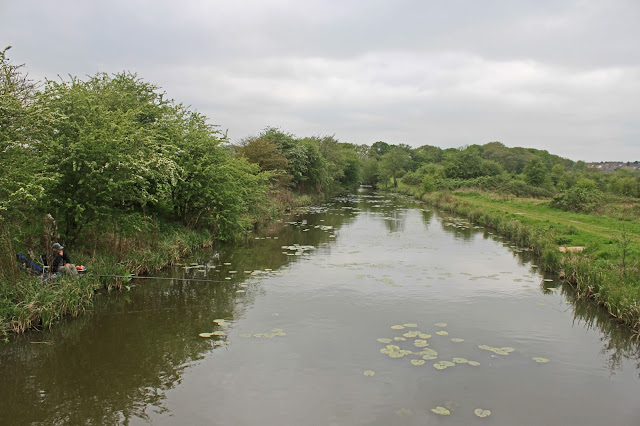 Tranquil waters of the Nutbrook Canal

During earlier research into the other lost canals in the area (Cromford, Nottingham and Derby) there was a brief mention of the Nutbrook but it was immediately dismissed as "having been completely built over by the Stanton Ironworks obliterating all trace". And there the matter rested until I came across a copy of Peter Stevenson's 1970 book "The Nutbrook Canal".  This book was written by a local historian who really knew the area and even worked in the iron works. He gained access to the official canal company records pulled this amazingly detailed book together. I have used this work to provide the historical background to my review of the Nutbrook Canal as it exists in 2016.

As ever, I am more a geographer than a historian so my inclination is to get my boots on and explore the remains than to dive deep into the  history, so I am grateful for the framework Stevenson provides which offers an excellent contextual depth.

The fortunes of this canal were dependent on a fickle water supply I started my review up among the reservoirs in the Shipley area and worked my way down the valley. However, for the sake of consistency I will document my observations from the bottom end starting at the site of the Stanton Ironworks on the junction with the Erewash Canal and working my way up the valley, using the locations of the thirteen locks as markers as identified in the following map. 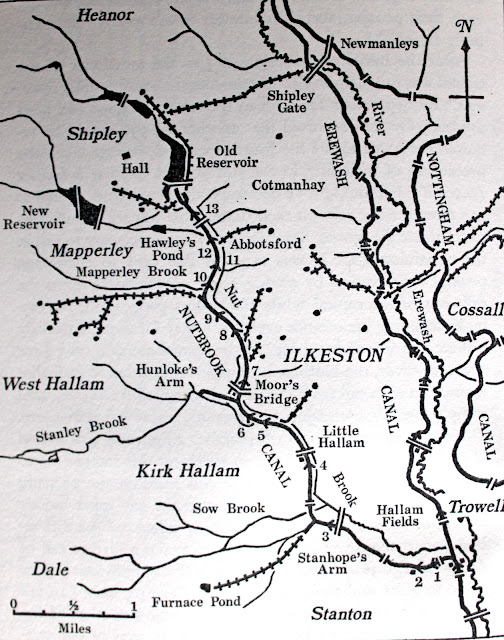 The canal itself was built by Benjamin Outram between 1793 and 1796 with the bottom three locks working by 1794, to lock 10 at West Hallam in 1795 and reaching Lock 13 and the Shipley area the following year. In all the canal was about four and a half miles long and included 13 locks lifting craft 84 feet. The locks were built to broad dimensions to accommodate the Trent Trows but in reality most traffic comprised the Midlands 7ft narrowboats. Given the scarcity of water a narrow gauge may have been a better option.

Even in its heyday this was never a busy canal with an average of just 9 boat movements per working day. 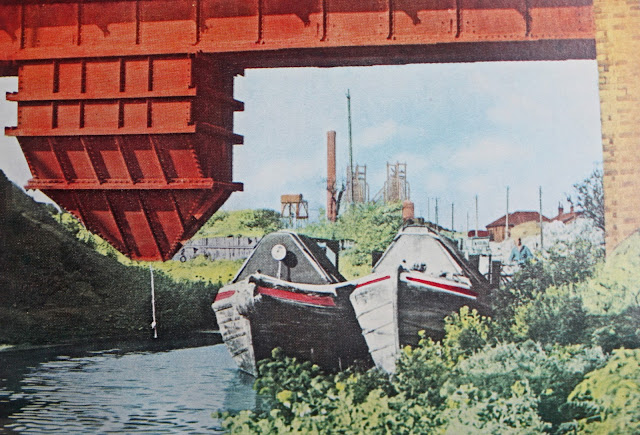 The canal eventually failed in the face of railway competition, subsidence and leakage, closing informally above Stanton in 1896. Just the bottom 1.3 miles remained in use for the purposes of Stanton Ironworks - its eventual owner. Stanton Ironworks sold its last boats in 1947 and the last independent boat left their wharf below lock one (Black Saddle Lock) in 1949.

There are a surprising array of remains to be found on this canal, in addition to the canal bed itself which remains very visible along much of its length. Of the 13 locks which existed five remain visible including 3,4,6,8 and 9 plus a number of the smaller bridges.

The exploration will be covered in stages defined by the quantity of good photos available:

Click on the links to jump to the posts (when live)

Email ThisBlogThis!Share to TwitterShare to FacebookShare to Pinterest
Labels: Nutbrook

Hope you enjoy your holiday. Glad to see The preserves are still going to be available,if on a more limited geographic spread. Hope the treatment goes well when you get back. Have just dug out our copy of the Nutbrook Canal to re-read!Beat wishes Nebulae.

Chris - in all the turmoil of moving house and mooring, did I end up with any of your books?

I think you may have Canals of Canada.No panic. I am sure our paths will cross at some point. Nebulae is on the dry dock next week,so that is our next priority.Chris