Pottering about on Pelsall Common
January 2018

Regular readers will know that we have a certain fondness for Pelsall Common, enven in the depths of winter.

Many readers will be familiar with the much photographed iron roving bridge spanning the village side of the common with the towpath leading up the Cannock Extension Canal, usually shown with the Fingerpost Pub in the background. 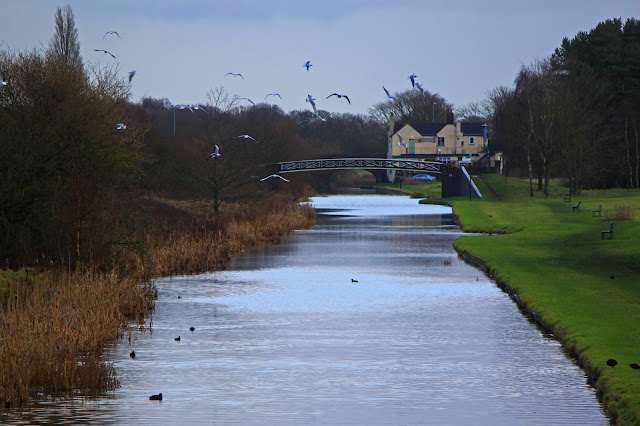 What is less celebrated is the more humble Pelsall Works Bridge at the Bloxwich end of the common. But take a closer look at this workaday iron bridge and you will disocver that it too was built by the Horsley Ironworks (then known as the Horsley Iron and Coal Company on account of its coal mining activities in its early years). 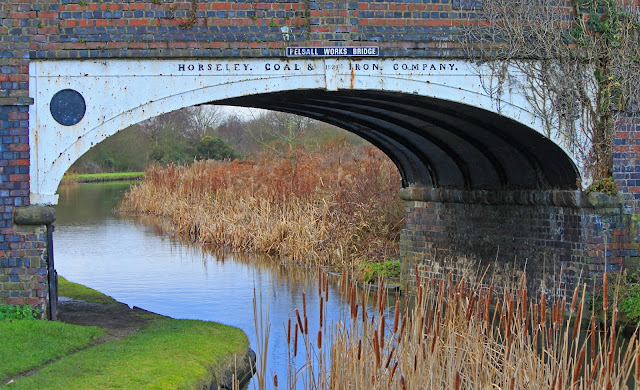 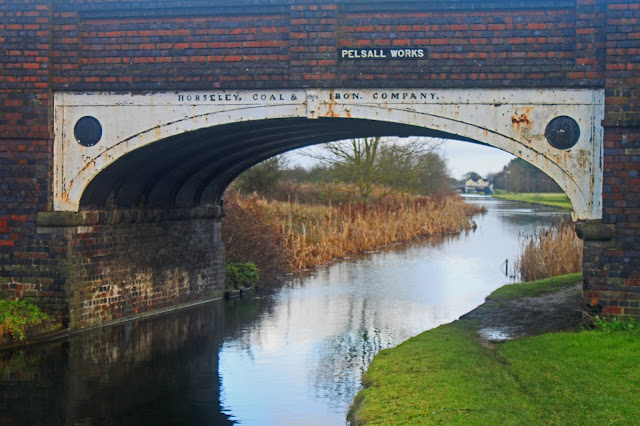 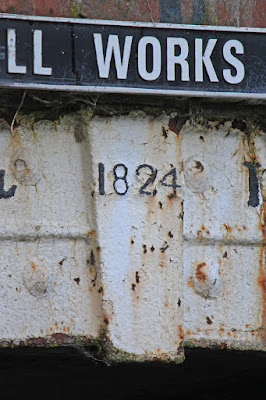 Sure this is a simple flat top iron bridge which can be found across the coal mining area, but this one carries the date [ ] which sets it apart as the oldest dated bridge from these celebrated casters from Tipton. And whats more, I think that the tell grace of the classic Horsley arch with cast embellishments can be detected even in this early example.

Local boaters please note that whilst there is a sign up notifying a navigation closure from 20th Jan to mid March for major bridge repairs, I have been told by CRT that these are likely to be pushed back into next winter.

The work has started, but due to the recent bad weather I suspect will push completion back a few weeks .

Thanks, I will pop down and get some photos of wip when the sun comes out! Looks like my trip to Hawne next week will be via the Tame Valley.