I guess I visit the North Walsham and Dilham Canal about once a year, paying a watery pilgrimage when I come to visit my mother who lives in North Walsham, just a mile or so from Swafield where the restored navigation will end. 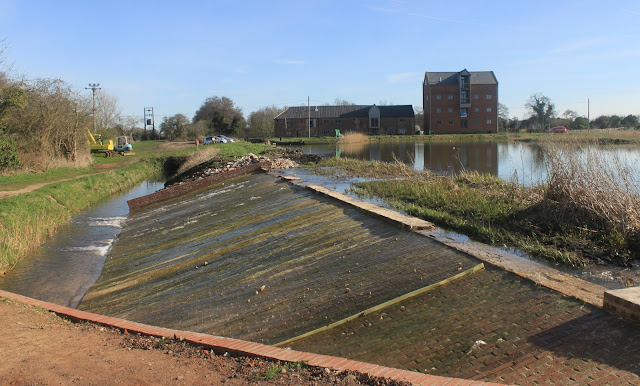 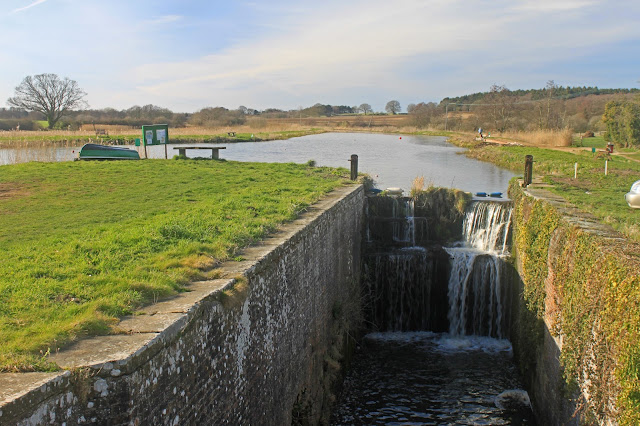 Ebridge Mill with lock and spillway

A year seems to be a good gap to appreciate progress and a cracking article by Martin Ludate in the July 2017 edition of the Eastern Daily Press's magazine "Norfolk" only served to whet my appetite. 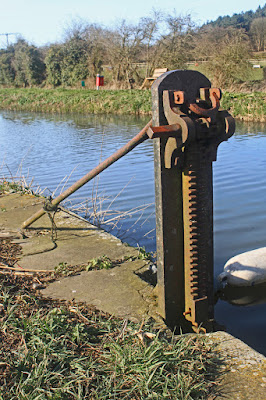 I started out at Ebridge Mill with its tranquil pool and well preserved lock chamber. When I was at school this was a sea of reeds with the remains of a steam dredger stranded on the mud in the middle. Today it is a glorious spot and the development for 2017 was the restoration of the spillway by a WRG camp. At the time of my visit the canal / river was brimming full and the spillway was in use, bypassing the old lock chamber. 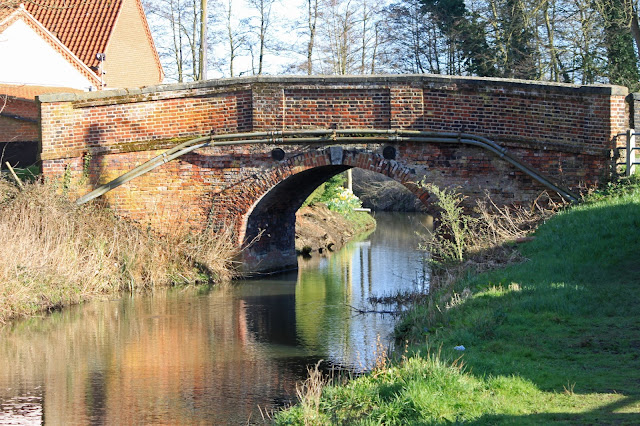 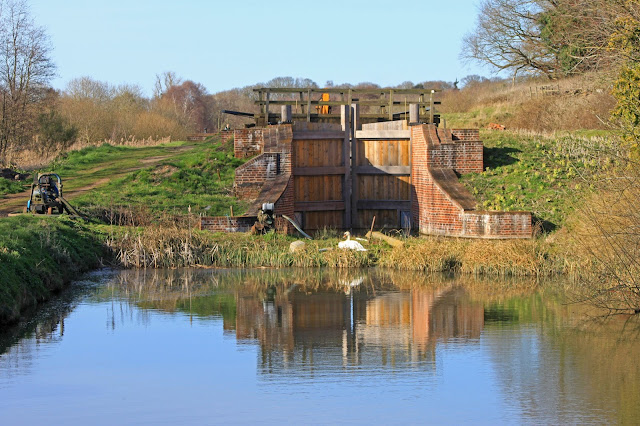 A little to the north west you come to Bacton Wood Bridge which is now the home for a slightly primitive trip boat, or should I say raft. I have long felt that the restored length would benefit from a trip boat and I guess you have to make a start somewhere! 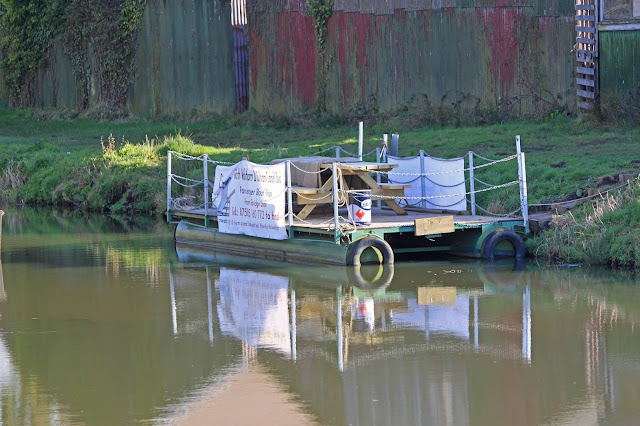 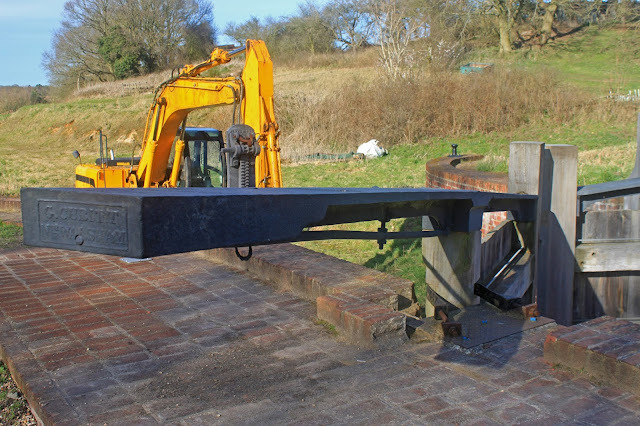 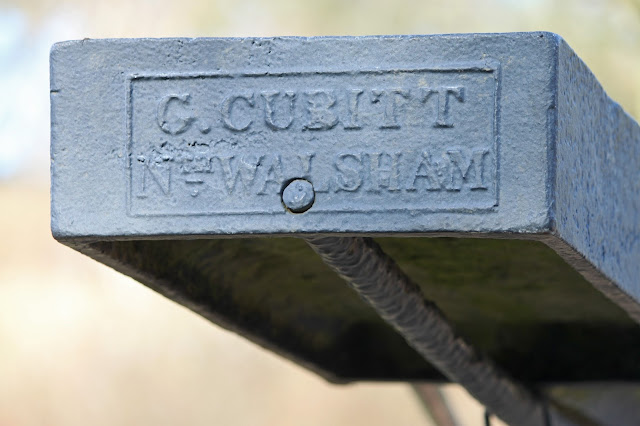 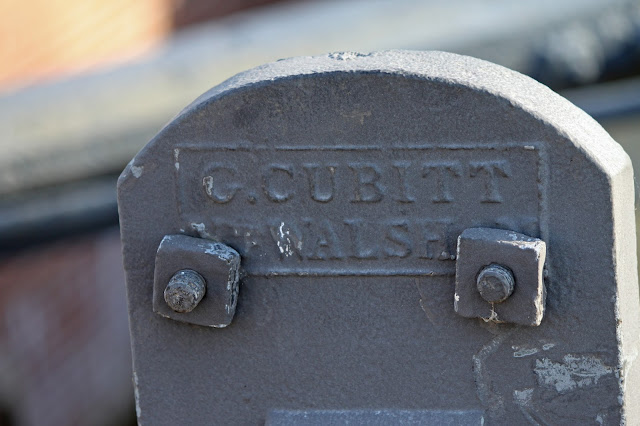 Distinctive castings for the North Walsham and Dilham Canal

The restored lock at Bacton Wood stands ready to carry its first boat and it was particularly interested to take a closer look at the "lock furniture" which is all original and recycled. The castings are unique to the North Walsham and Dilham Canal, even bearing the legend G Cubitt, Nth Walsham. 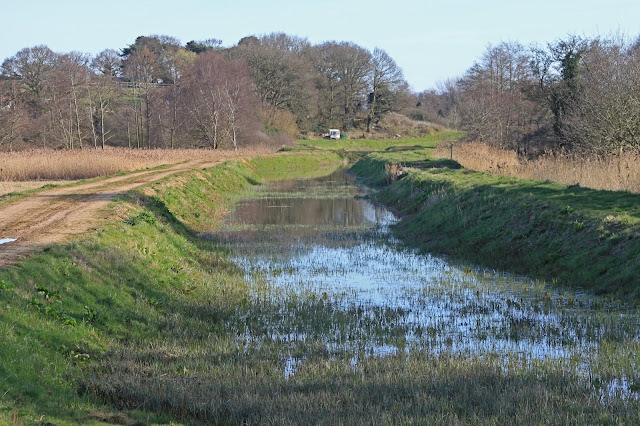 North of Bacton Wood the canal is kind of wet rather than watered but stroll up to the culverted Royston Bridge and you return to a canal full of the wet stuff. The relationship between the restorers and the Environment Agency has been very like the Brexit Negotiations with angst and strong words, but over time they are making progress. 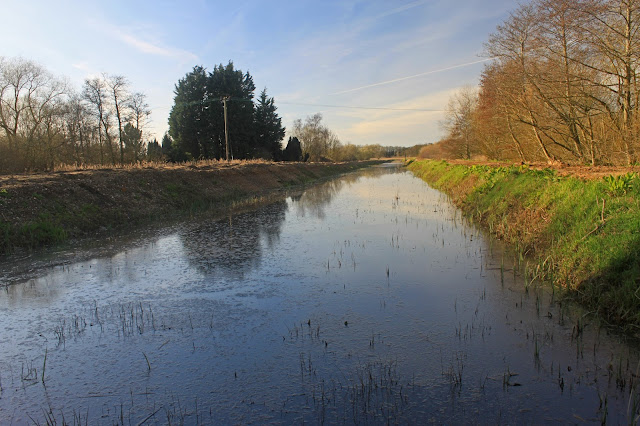 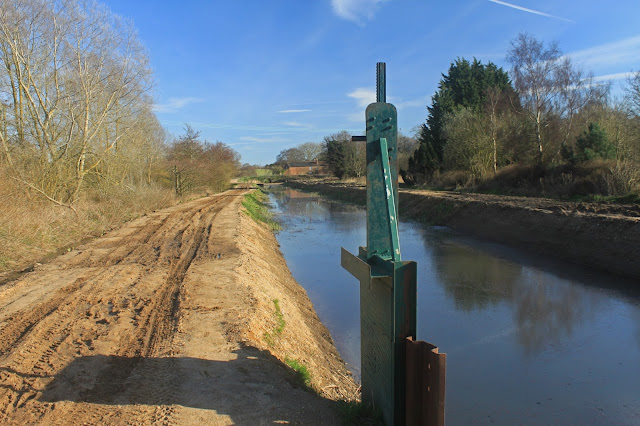 The Agency were not at all happy about the watering of the section between Bacton Wood and Ebridge and applied a stop order on their work. But over time relations seem to have thawed and there seems to be a cautious acceptance that the watering of the Swafield pound will be a good thing. 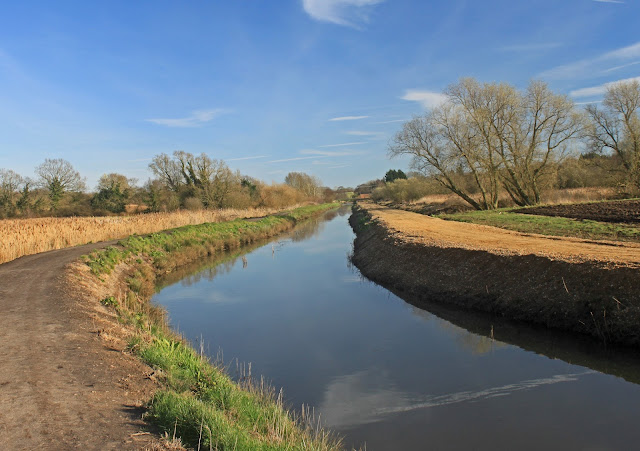 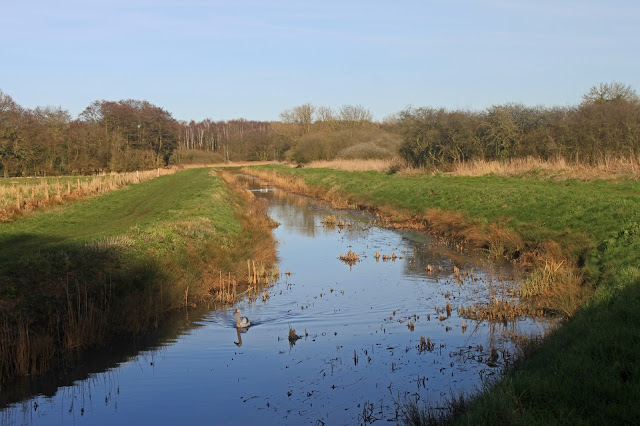 From a flood control perspective the big canal channel has to be a better bet than the narrow ditch which represents the current bed of the River Ant. The restorers have both cleared out the reeds and dredged the section north of Royston Bridge to a depth of about 18 inches. Water marks on the banks bear testimony to a full depth trial re watering in Jan 2018 when their integrity was tested. There is evidence of extra material being added to the top of the south bank in recent weeks and hopefully this is a prelude to full and permanent re watering. 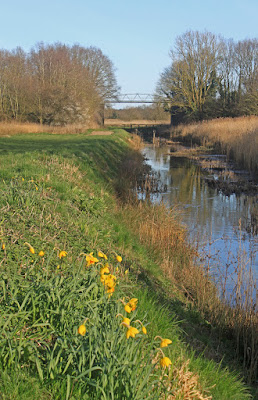 I have to admit that the restoration team always seem to be blessed with some seriously good kit which is parked here and there along the canal. All in all the volunteer enthusiasm, heavy duty kit and increasingly supportive authorities should see this top couple of miles in water in the very near future.

I will keep you posted...

Really pleased that you enjoyed your visit to the NW&DC. The NW&DCTrust have been working hard with the canal owner, above Ebridge, to get a canal back. A few things I would like to comment on. First, this is not the River Ant, nor a canalisation of the Ant. The NW&DC is a cut and fill canal, built late in the canal era in 1825/6. It follows the same valley as the Ant, and was required to meet each miller's pond, on the level, so as to provide water for their mills All watercourses, within 1000 yards were diverted, in a very sophisticated drainage system, to feed the canal. These include Bradfield Beck (the main water supply) and the River Ant. The Stop notice was for the section from Ebridge to Bacton Wood Mill, and not the dry section above Spa Common Bridge. The EA have provided licences for the trial re-watering (Jan 2018) and just kept a watching brief. The Trust are working, with the EA to have the Stop Notice removed. The work pontoon has been a successful trip boat since just before Christmas, with several fully booked trips on Boxing Day. The Trust's boating officer has been hard at work converting the former Norwood Packet/Elsa trip boat, for the Trust to relaunch in the near future, then we won't have mornings using the pontoon for moving puddling clay, and, after a wash down, afternoons for public trips. For a trip - see the Trusts website for details. Ivan Cane Chair NW&DCT

Ivan -m thanks for such and informative comment. Congrats on the progress you guys are making.