The annual Black Country Boating Festival at Windmill End is one of the highlight events in the Wand’Ring Bark / Wild Side Preserves calendar. 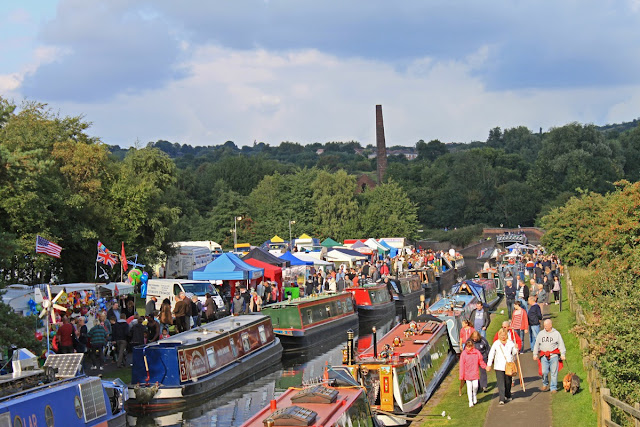 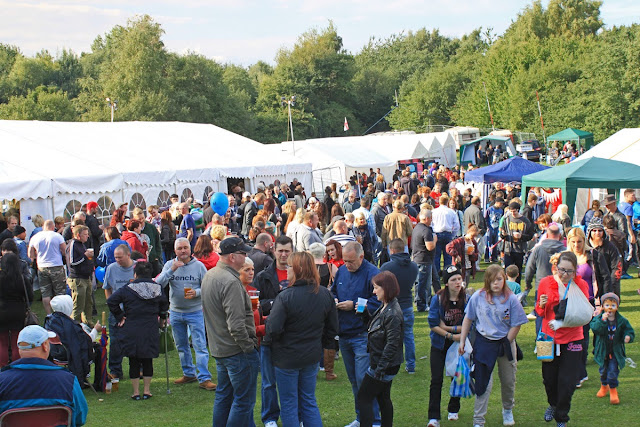 Every year in the middle of September there is a huge open festival at Windmill End (the western end of the Netherton Tunnel) when a pleasant but unassuming area of public open space is transformed into a community fair for the people of Netherton – and they come in their thousands. 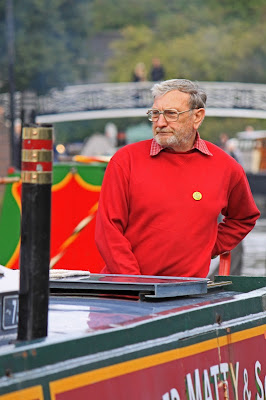 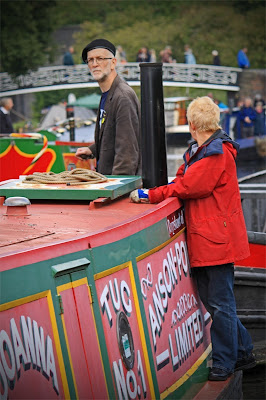 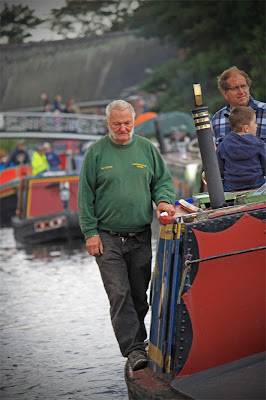 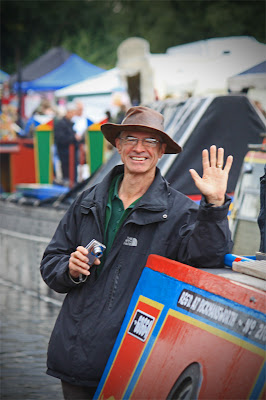 It didn't rain in the parade!

The boats lie at the core of the event, with about 100 attending representing a mix of historic craft, trade boats and lots of private boats plus a funfair, vintage car display, real ale bar and lots more beside. This is a real community event and they do like their jam! It was great to have people come up to us and tell us how much they enjoyed the jam they bought last year – and buy a load more. 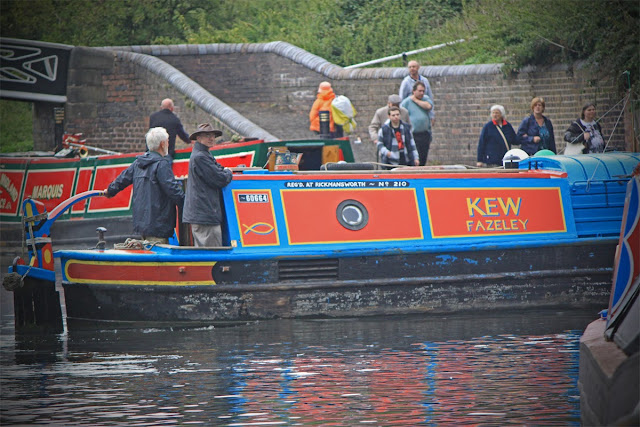 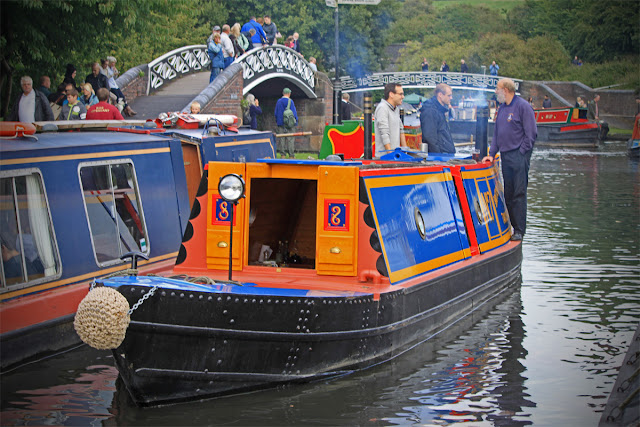 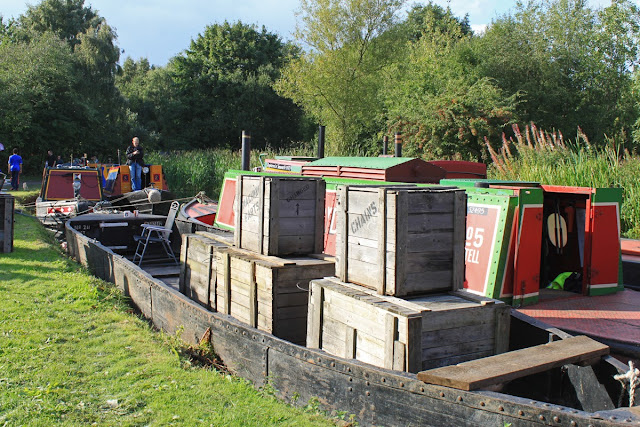 Boats of all shapes and sizes

It’s an up-beat festival where the locals mix with the boaters and all a good time is had by all. The days are for the locals with lots of boaters doing their bit to make the festival a success, and the evenings are for the boaters who flock to the main marquee to sample a notoriously well stocked real ale bar and listen to a local bank who bashes out a set of classics with much enthusiasm and no small amount of talent. 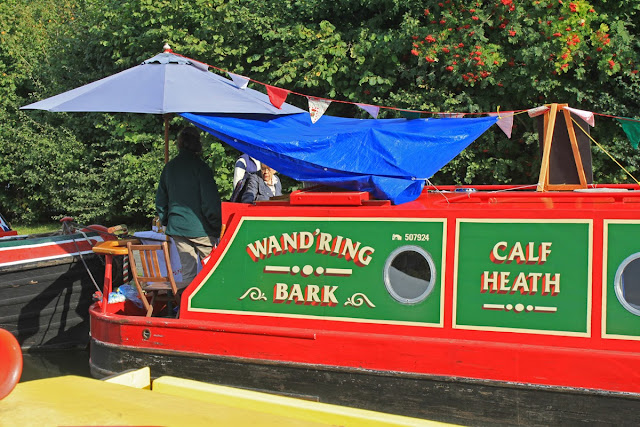 Of course, these events are massively weather dependent and this year the festival drew the short straw – balancing out the heat wave event of 2012. Saturday was OK’ish but occasional showers meant that we had to be on our guard and extra awnings were rigged to protect out rain sensitive products. As it turned out we got away with it and had a very good afternoon of trading – selling as much stock as the Saturday of 2012 in spite of numbers appearing to be well down.  But then we come to Sunday, when a stinker of a storm was forecast with rain, high winds and low temperatures. We tried to convince ourselves that all would be well but one breath of the drizzly cold air at 8.30am was enough to convince us to abandon all plans for trading on day two, and instead to join the Netherton Churches Together and BCF for their morning worship service in the Beer Tent. 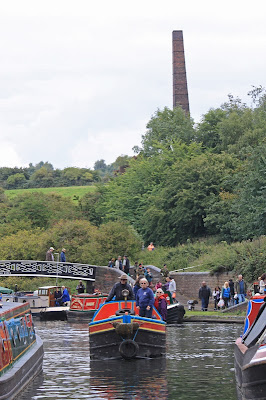 This picture isn't leaning - the chimney really looks like that.

With worse weather to come we slunk out of the festival site before lunch, reaching the Black Country Museum in Tipton just before the heavy rains arrived, and in time for a warming portion of fish and chips followed by a pint of Duck and Grouse in the museum pub. The afternoon was spent writing in the warmth of a wood fire fuelled by logs picked up en route from Windmill End. 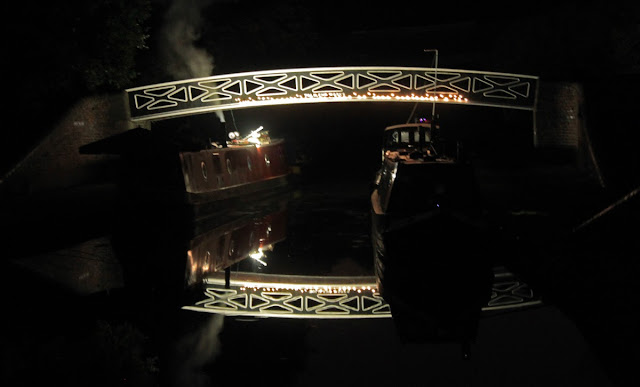 OK – so 2013 will not go down as a vintage BCBF, but the weather was reasonable for Saturday, we did a roaring trade, met lots of friends old and new. So it is still a success in our books and a firm fixture in our preserve selling calendar. Next year it will b with Montgomery in tow – that will turn a few heads.
Posted by Andy Tidy at 6:00 am

Hi Captain, Glad you enjoyed our efforts and thanks for the write up - I am normally so busy that I can't remember half of what went on. Yes Sunday was a bit of a washout but the predicted 11am storm didn't really arrive until 3pm and we still kept the bar staff busy until closing at 5pm. Lets all hope that next year (13th and 14th September) will bring us better weather. Paddy and all the festival team.

Paddy - Thank you and all the crew for pulling this event together each year. It is a superb festival and one which I enjoy with or without the rain. Sorry we couldn't trade on day two - but the rain washes the labels off! See you next year. Andy