After a mad dash down to Keadby it is time to slow the pace a bit, explore our surroundings and maybe find some fruits to preserve. 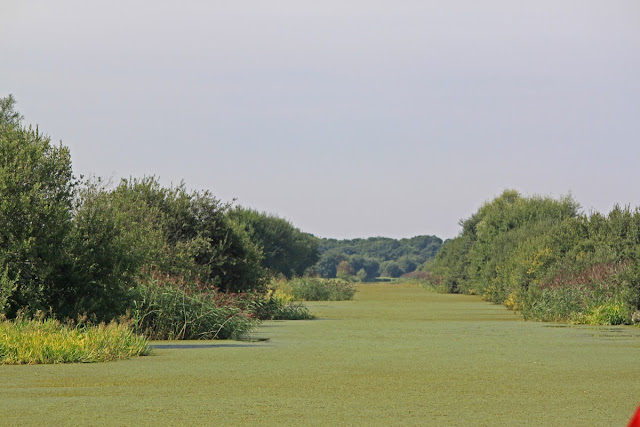 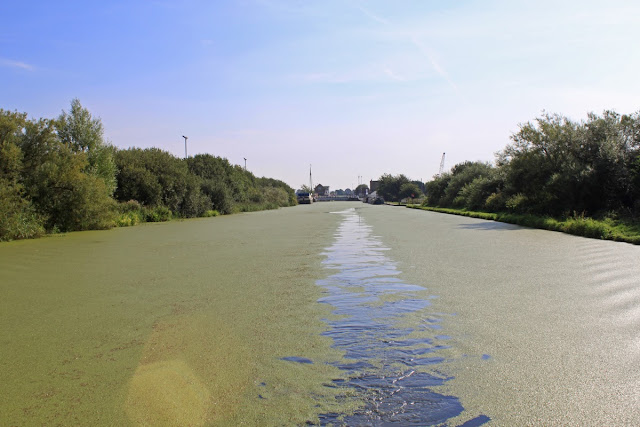 Stainforth and Keadby Canal (or is it a lawn?)

We we had a lazy start, casting off our ropes long after the other boats had forced a path through the thick weed which coats this end of the Stainforth and Keadby. The passing of the boat creating a temporary opening in the weed, which closed up a few hundred metres astern. This is a feature of the area and continues unabated to Thorm. OK for the keel cooled boats but a nightmare for those using raw water systems.

All night we had heard a succession of heavy haul trains passing over the sliding bridge just up the canal, their wheels drumming out a sonorous rhythm which soon lodged itself into our brains in the same way that "Its a small world" is a song which once heard stays with you forever. These slow coal trains ply back and forth on the tracks which run parallel to the canal, and its good to see the railways still busy. 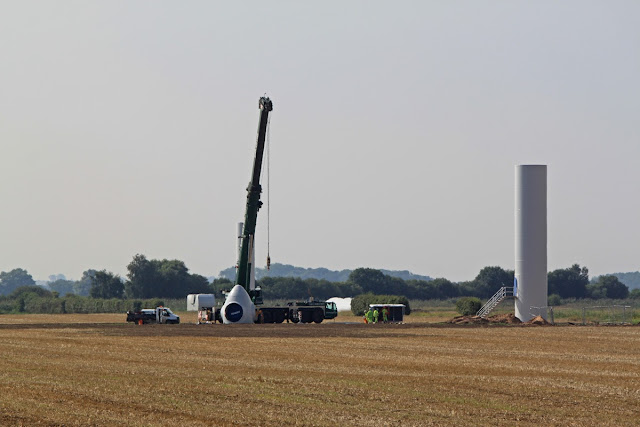 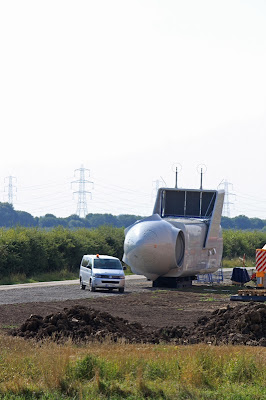 Along the way a new form of industry is evident - wind farms are sprouting up across the flat landscape and clearly late summer is the time for their erection. After the crops have been harvested but before the ground softens and prevents the movement of heavy plant. These things are huge when seen on the ground.

We paused at Thorne and visited Sainsburys, restocking the fridge. From there fruit trees were plentiful allowing us to full huge carrier bags with perfect specimen cooking apples and kilograms of big fat blackberries. Foragers heaven. 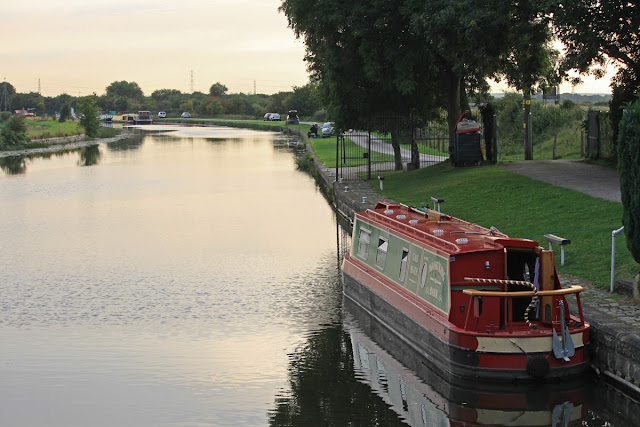 We settled on South Bramwith services as a destination for the night, the first watering point since Nottingham and a welcomed opportunity to empty cassettes etc. We like these slow lazy days, although it has to be said that the canal is broad, straight and largely featureless. Its redeeming feature is that it is slightly elevated and offers good views over the surrounding fields. 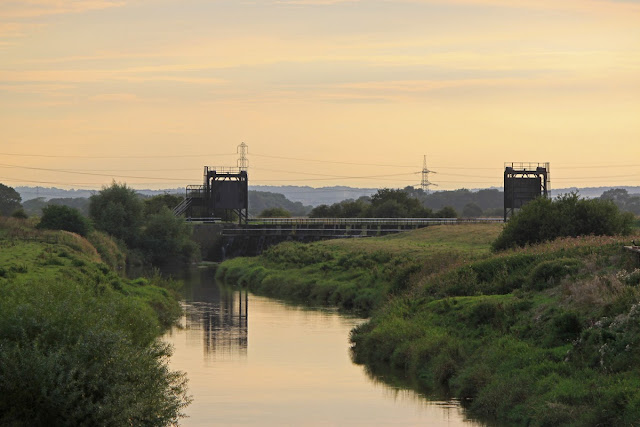 And, of course, there is the isolation - we saw three other boats today!
Posted by Andy Tidy at 6:00 am

Email ThisBlogThis!Share to TwitterShare to FacebookShare to Pinterest
Labels: Stainforth and Keadby