Well this is it. It's 12 long months since we commissioned the Jam Butty to be constructed from a replica Josher back cabin mated the the stern of a 100  year old BCN day boat and today we finally took possession of this little cut and shut gem. 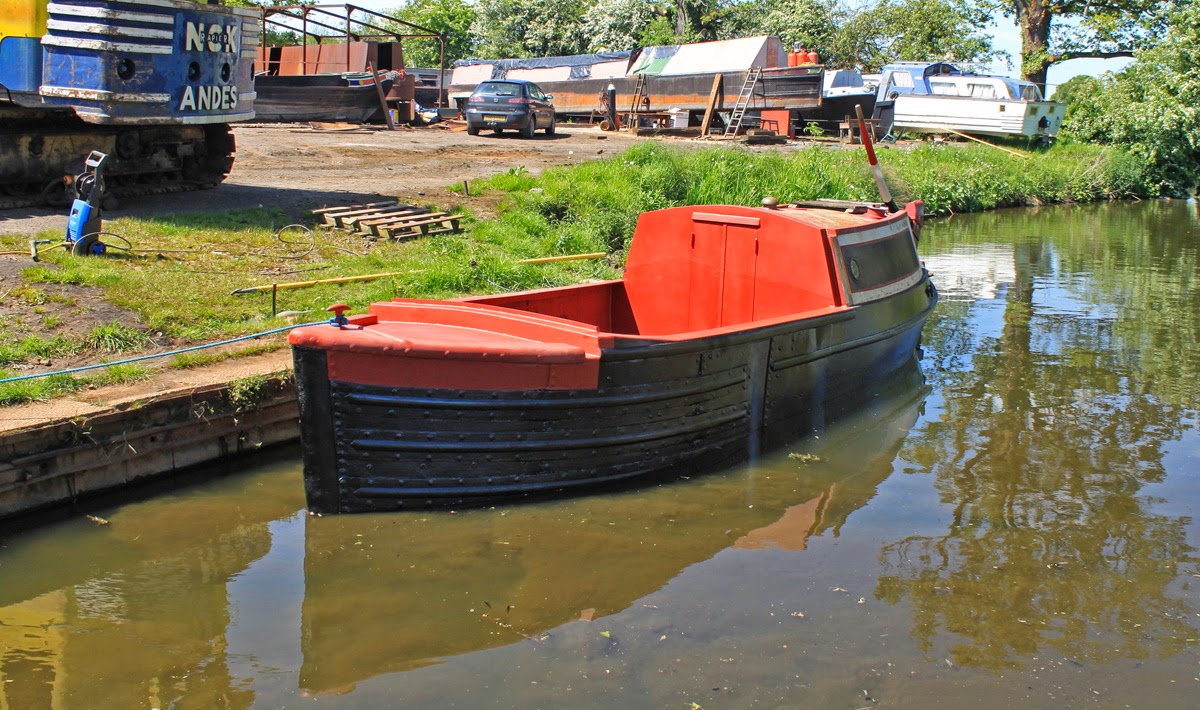 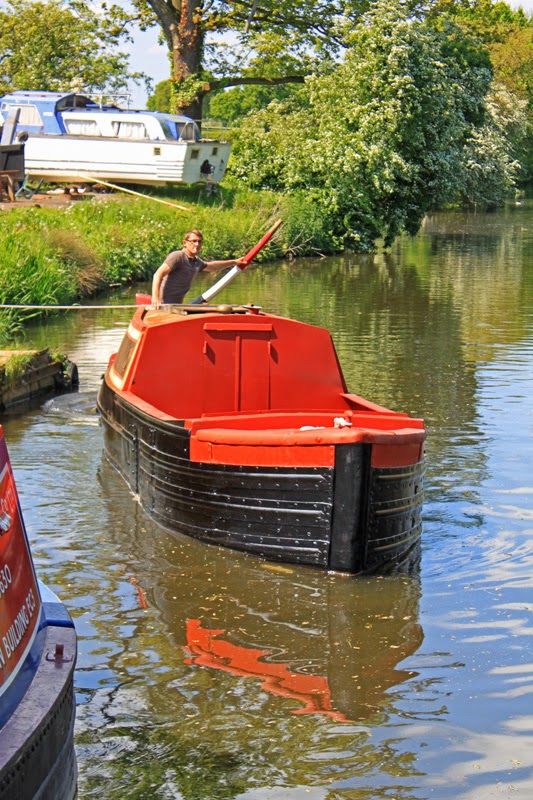 The delivery date has swung too and fro and but with the weather set fair for the past few days we settled on 17th May a D(elivery) Day. She was shot blasted, two pack epoxy'd, red leaded and finally craned into the the water at Keith Ball's Stretton wharf.

Our first glimpse of her was as we approached, low in the water and tucked in behind a working boat. And what a difference a lick of red lead and some blacking makes. Suddenly the rusty pile is transformed into a coherent little boat ready for the off. 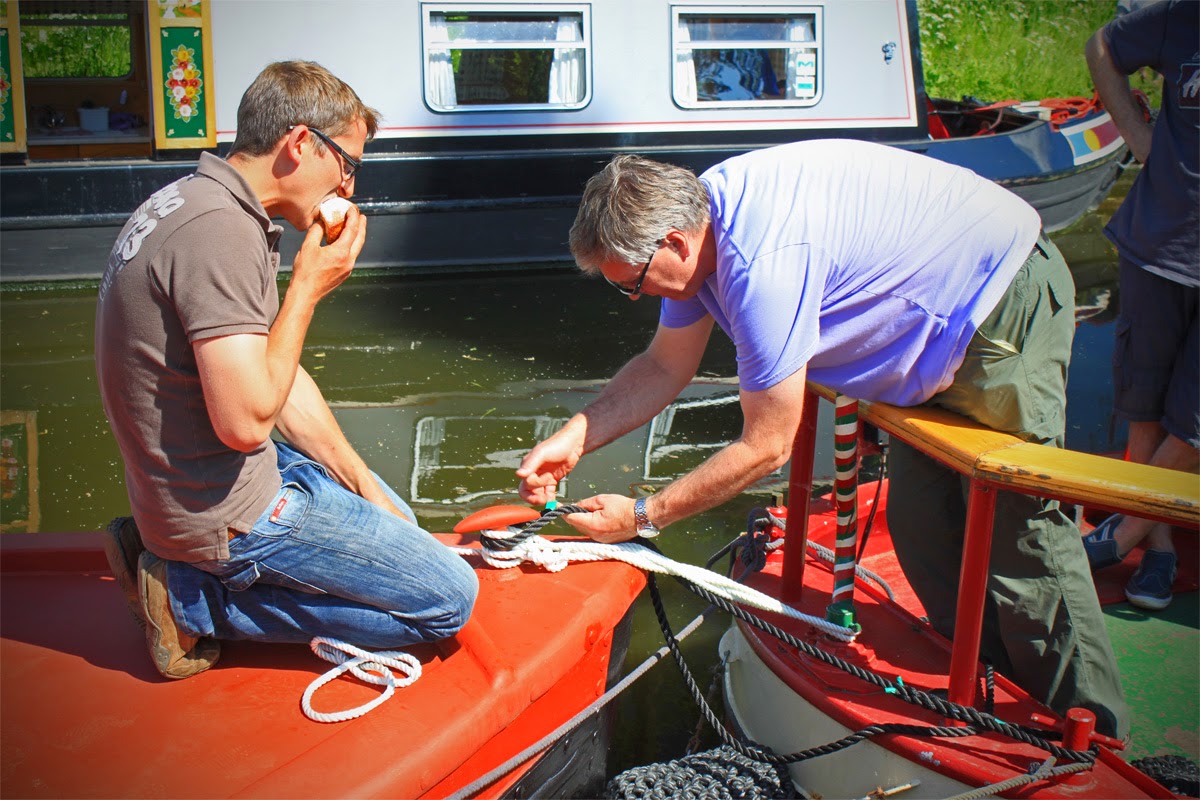 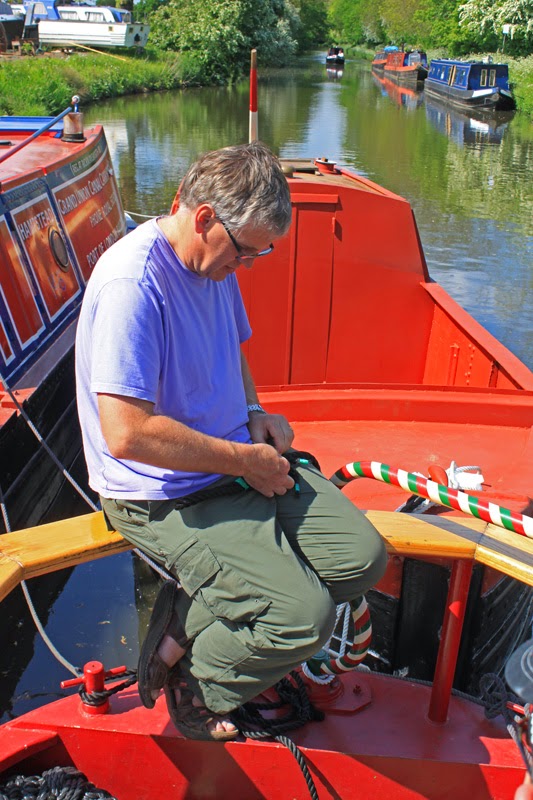 Of course, there was the small matter of the payment and then it was on with the fenders and a crash course in splicing by Barney to let me make the cross straps. This wasn't terribly easy but we got there in the end. 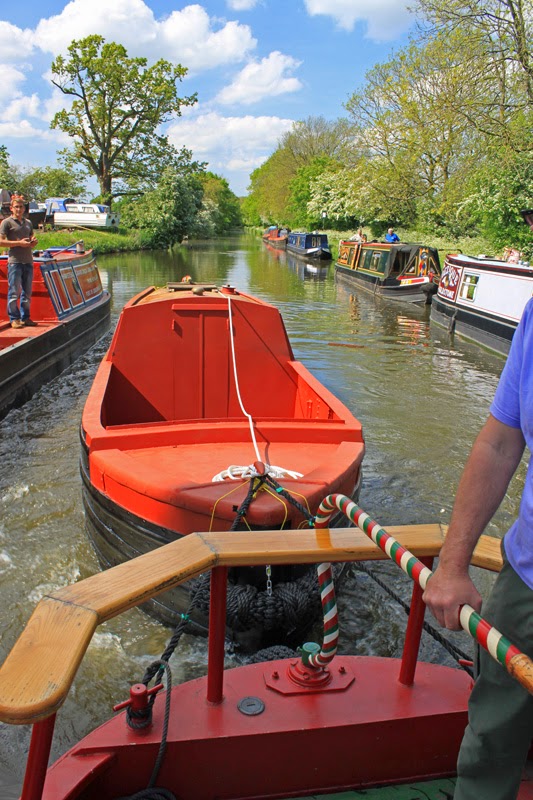 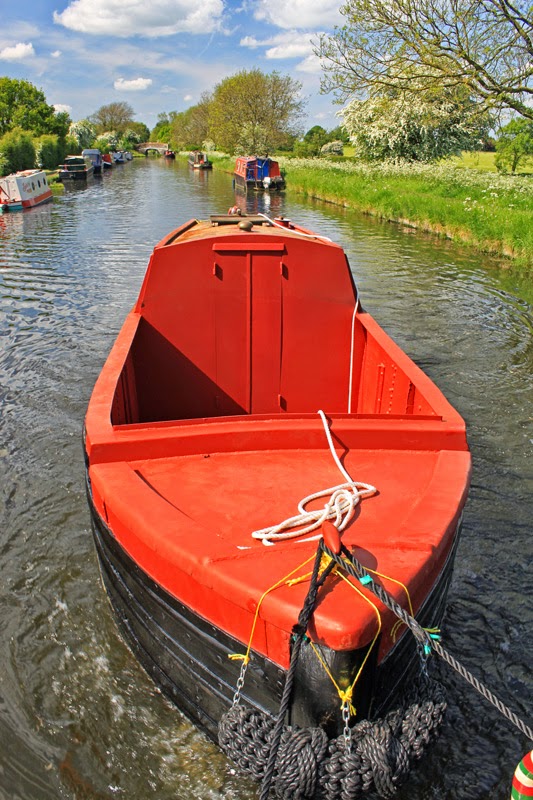 Then came the moment of truth. Would it tow? This was a pretty crucial question as a negative outcome would be annoying, costly and embarrassing. But I shouldn't have worried because it towed behind like an obedient little dog. The good natured relationship between the two boats was apparent by the time we reached Stretton Aqueduct, 400 yards to the south. The butty slides along in the center of Wand'ring Bark's wake and its huge elum and fine rear swim keeps it straight without recourse to a steel pail over the stern. 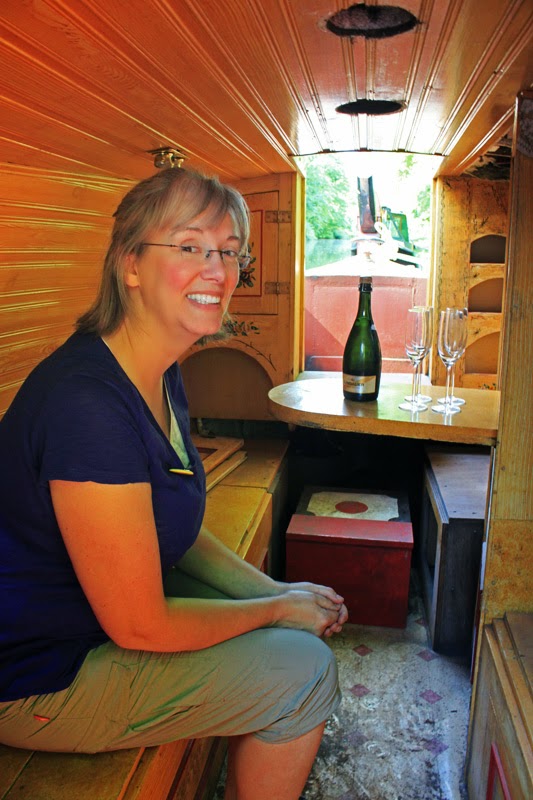 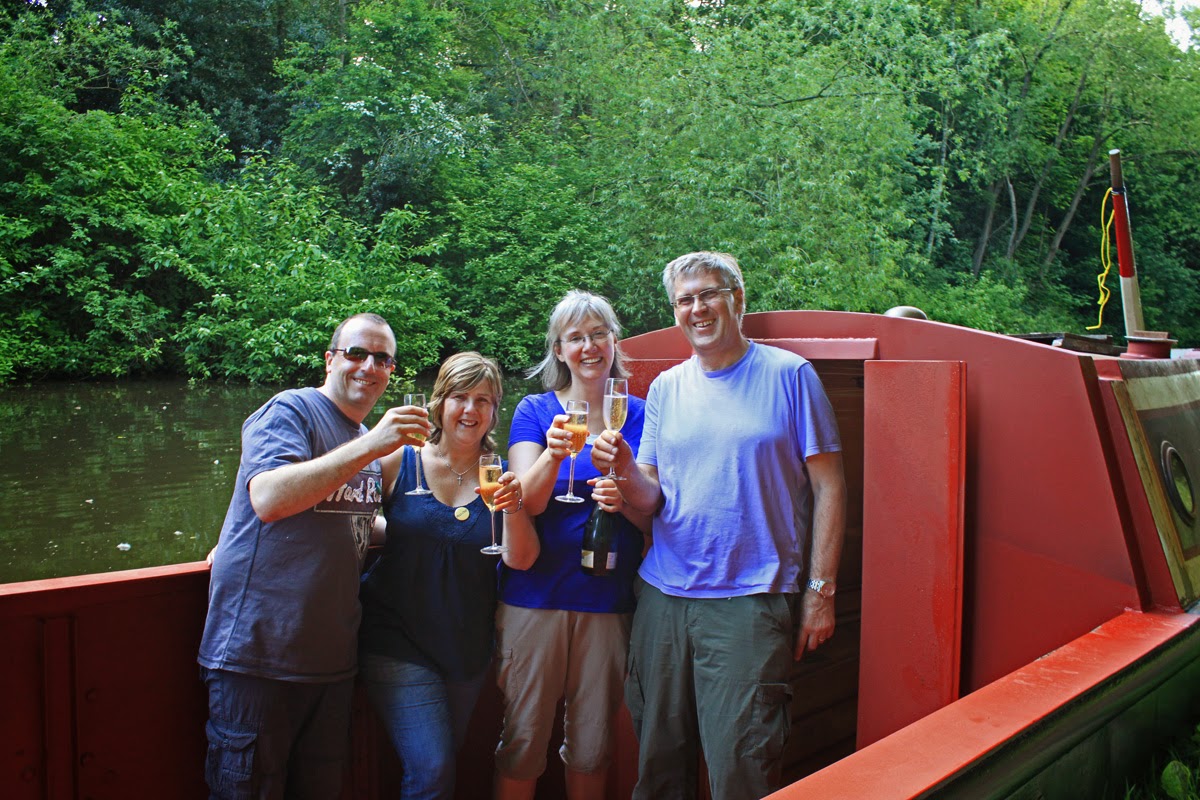 Our first journey was short - just as far at Brewood where we moored up and toasted the event with a bottle of fizz left by some friends who I took out last Sunday. No sooner had we moored than a trickle of the curious came to visit and find aout more about the odd little craft. So that was my second fear dissipated - would it attract attention and have a bit if "wow" factor to it. People came, people chatted and would have bought jam if we had thought to pack any!

The WOW factor... she certainly has.

Captain Ahab ! I'm kicking myself for not realising it was you yesterday, I'm just so used to your name, and not the boats, and it didn't click until I got your comment, and when you were passing I'd got me head down dodging the water hose and puddles around my feet. As I'd been away too this week, I wasn't catching any blogs so didn't know you had just gone by Brewood. Oh what a pity, we couldn't chat. The butty looked great. A very happy cruising to you. Jacquie

all the best, and good luck

I am so pleased for everyone involved, and a little bit proud of having made the introductions taht started the whole process. Can't wait to see Montgomery fulfilling its new role.

Thank you all for your comments - I will post a few more photos from the first trip over the next few days. Sarah - a particular thanks having been their at the conception stage!

Congratulations! Looking forward to seeing the Jam Butty in the flesh.