The wonders of Wolverton

Helen has been complaining about my use excessive of alliteration in my headings and is suggesting I use rhyme instead - so try this for size: Wolverton is great, Wolverton is fun, Its got Tesco, Asda plus trains that pass at the ton. I am thinking that my poetic gifting has yet to arrive? Feedback please..... 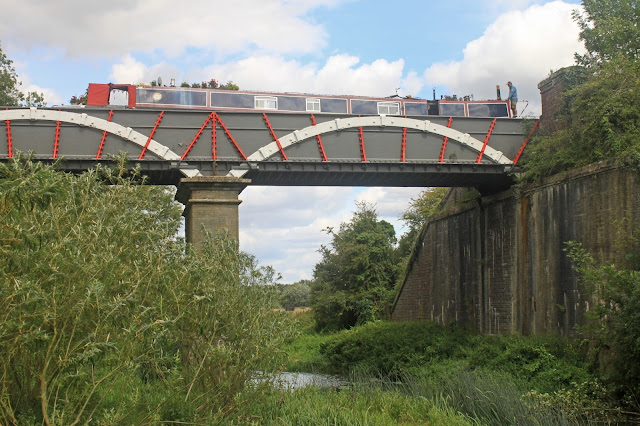 Anyway - Wolverton. Since my last post on Milton Keynes I have discovered that Wolverton was one the northernmost existing towns to be subsumed into Milton Keynes in 1967. But there is a lot more to Wolverton than that. It was built as a railway town along the lines of Preston and Crewe. Located mid way between Euston and Birmingham it represented a good location for rolling stock construction and maintenance. It still sits on the West Coast Mainline but these days its railway focus is much reduced. Its claim to fame is that it still looks after the Royal Train. 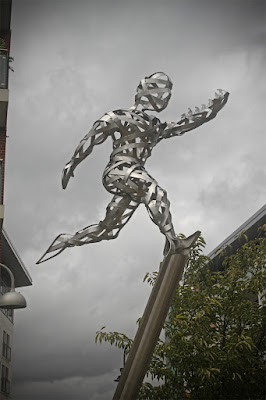 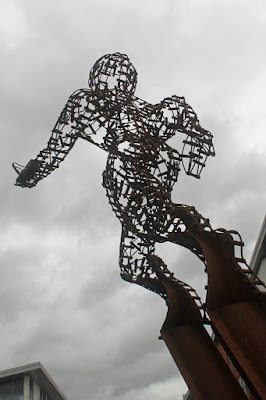 When it was built it was constructed at a company town in the format of a northern town, and so it sits rather uneasily on the Buckinghamshire landscape. Its red brick buildings belonging 100 miles to the north with the materials ferried in along the Grand Junction Canal ,as it was then known. 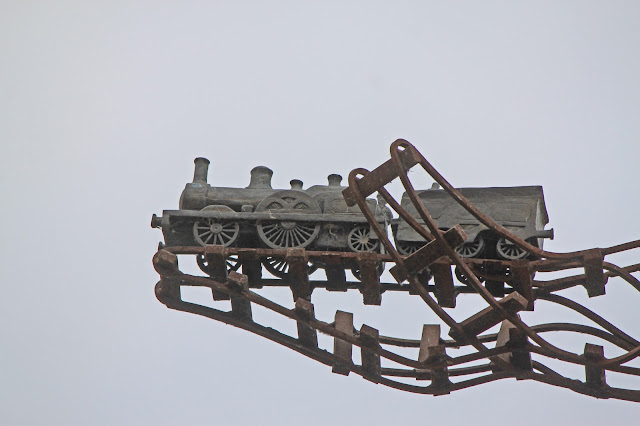 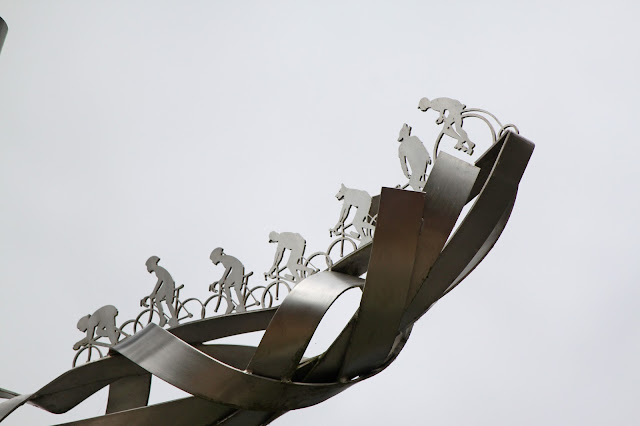 The canal margins are now occupied by new blocks of flats adorned with two rather amazing sculptures of men reaching our to each other across the water. The towpath side seems to represent cycling through the ages and the town side harks back to its railway heritage. 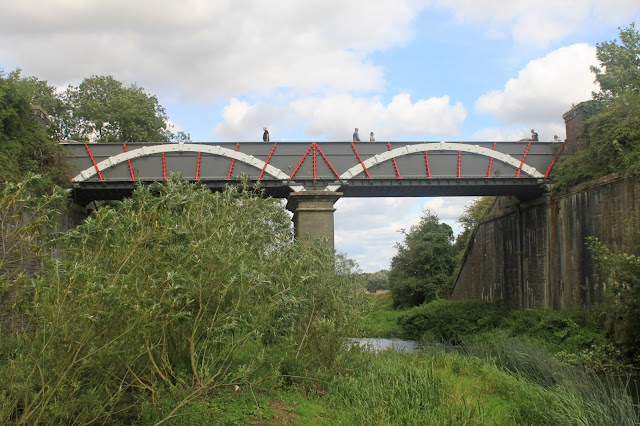 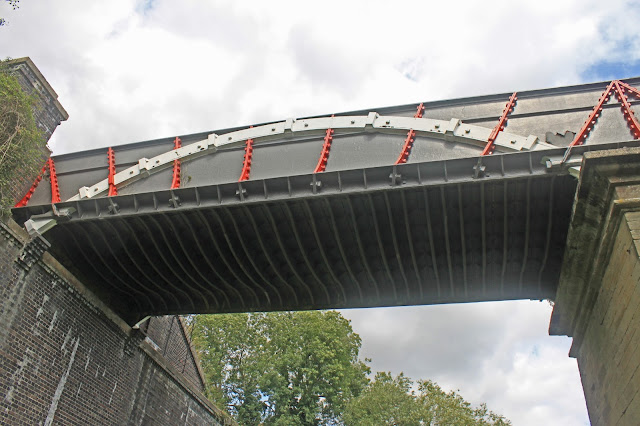 Wolverton's other claim to fame its its aqueduct over the River Ouse. This represented a major obstacle to the canal company and initially the crossing was achieved on the river level with four locks stepping down on each side. This was slow and water hungry so they built a aqueduct, which promptly collapsed. The loss of revenue was catastrophic so they spent over £2000 building a makeshift aqueduct out of wood which served its purpose till today's iron "trunk" was built and save a bit of maintenance, has stood firm joining the Wolverton / Cosgrove embankments. 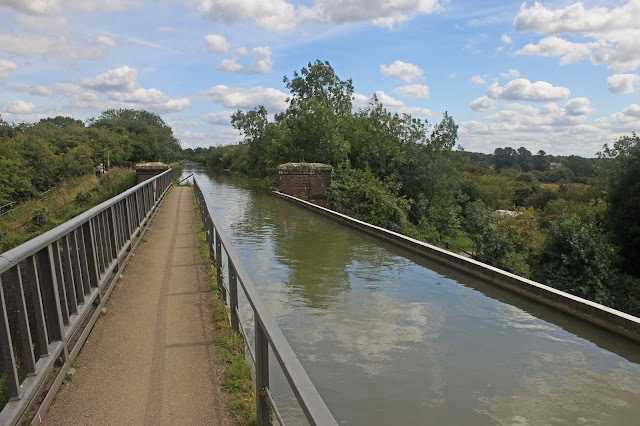 The aqueduct and its area have become a tourist attraction in their own right with lots of foot paths and cycle ways all joining beneath its ancient spans. The line of the old lock can still be traced on both sides of the river and on the Wolverton side a single lock (shortened) has been built complete with redundant lock gates to show how it would have looked 200 years ago. 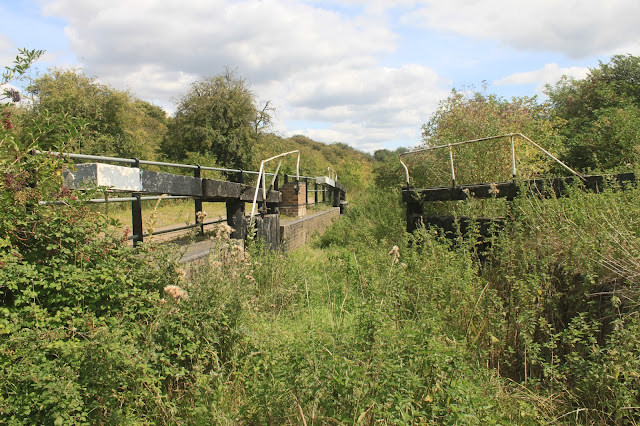 All in all a wealth of interest after the barren miles of Milton Keynes.

I should stick to the alliteration Cap'n!
Wolverton wasn't only for maintenance of trains they built them there too. My brother was an apprentice coach builder there in the dim and distant past. British rail was a big employer
Kath (nb Herbie)

The cycling statue is because there used to be a velodrome at Wolverton. In fact, if you walk down the steps between the two blocks of flats, there's a park where it used to be.

That's fascinating. Helens working theory was that the historic train industry was reaching out to a new leisure future. I would never have guessed that reason!

Don't give up on the alliteration.... you won't make money selling poetry...