New Zealand has a big network of "Freedom" Campsites which are semi regulated wild sites. 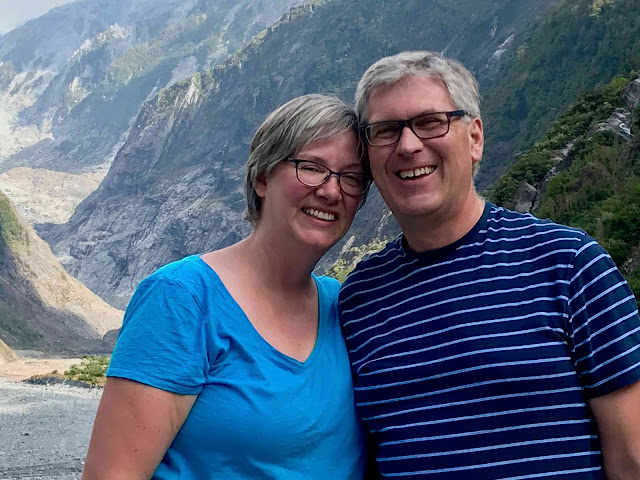 Last night we used one at the north end of Lake Wanaka, hunkering behind the bushes to avoid a howling wind and enjoyed an unspoilt beach which was completely devoid of any human rubbish.

Today we crossed to the west coast on Highway 6 via the Haast Pass and then north to Glacier Country where we stopped near the Franz Josef Glacier. For the last week we have found the southern alps crowded with Chinese visitors celebrating their New Year but we are finally entering the much more isolated west coast where things are quieter. 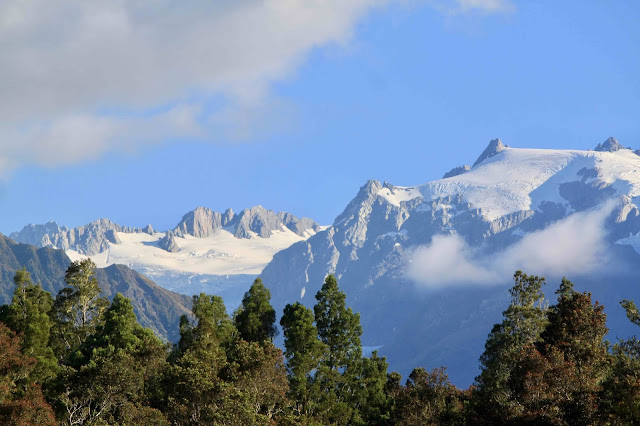 The view from the camp site

We covered 240 km and crossed dozens of single track bridges, pausing at various waterfalls and beaches plus one unscheduled stop courtesy of the New Zealand Highways Police for speeding on section under repair. One fine later and we were on our way.

Our destination was the Franz Josef Glacier which involves a one and a half hour hike to reach its current end. All along the trail were markers saying when it was last at this point and the scale of the retreat in the last century is shocking. That said it is still awe inspiring and well worth the effort. 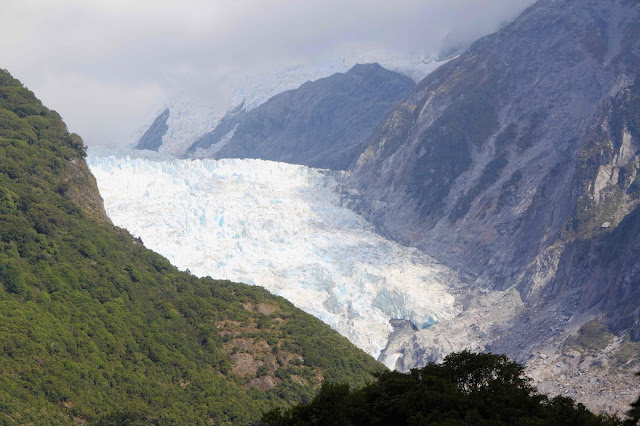 The snout of the Franz Josef Glacier

One top tip given to us was to go and see it on the day we arrive if the weather is good, because it rains 350 days a year! Today the sun shone and we had great views.

Cycled round the South Island in 2001/2. Did a heli hike on the Fox glacier which was spectacular but the exchange rate then was about 3.3 so it worked out at about £40 each. Also kayak trips on Milford Sound and Doubtful Sound
Spent about 10 days on the west coast and it only rained once, meanwhile there were floods in Christchurch. The highlight was sitting in a hot tub with a bottle of wine watching the sun set. Not a posh hotel it was a £10 a night backpacker hostel in Punakaki.