We have covered a lot of ground sing our last post, over 700km and have moved from the Southern Alps to the sandy north coast on the Golden Bay. 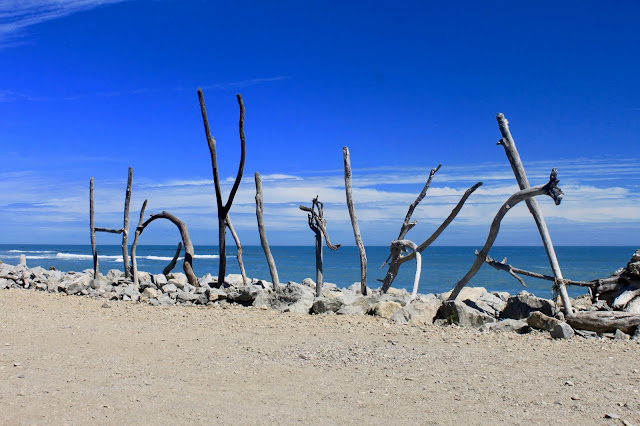 The West Coast is famed for its insane levels of rainfall and finally, after two weeks of wall to wall sunshine, the clouds rolled in and gave us a massive drenching. In fact it rained so hard we had to stop the van and wait for the squalls to pass. it seemed slightly surreal that we were heading for Nelson which was reporting wildfires and the closure of Route 6, on which we were travelling. In the event we saw nothing of the fires - not even a smudge on the horizon. But the ground in the north is tinder dry and the pastures are very brown. 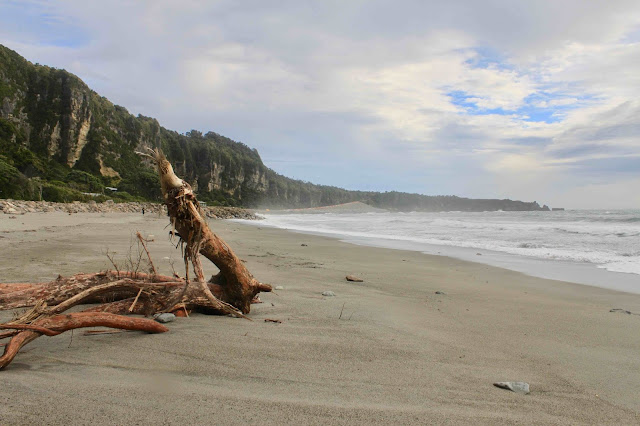 For the last week we have been listening to Rose Tremain's "The Colour" which is set in New Zealand and follows the fortunes of a settler couple who suffer the privations on their small farm outside Christchurch and then get caught up in the gold rush of the 1860's. By a strange coincidence the main character came into Hokitika from the sea just as we arrived by road, but separated by 160 years. 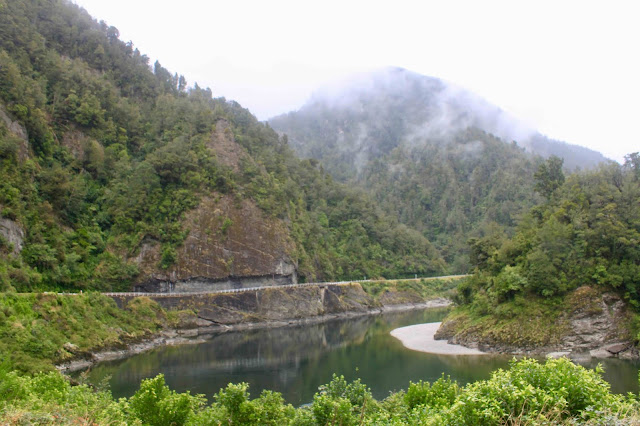 Hokitika retains the feel of a frontier town with its single story buildings, wooden store fronts and victorian covered walkways. 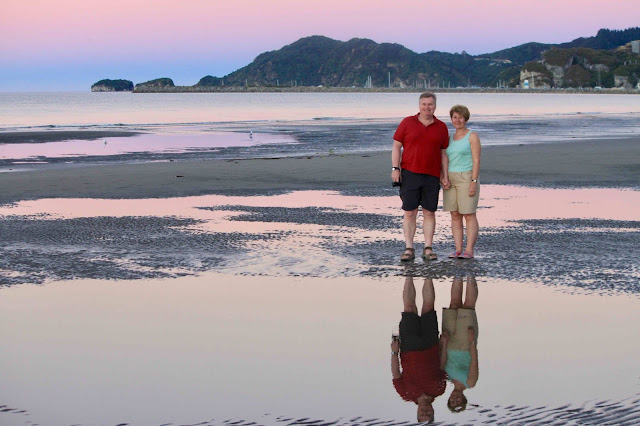 We spent our first night on the north coast in Nelson, one of the largest towns on South Island using it as a stop over site after 260km of travel through the mountains. Then it was north west to Golden Bay and a night on the fabulous Pohara Beach. 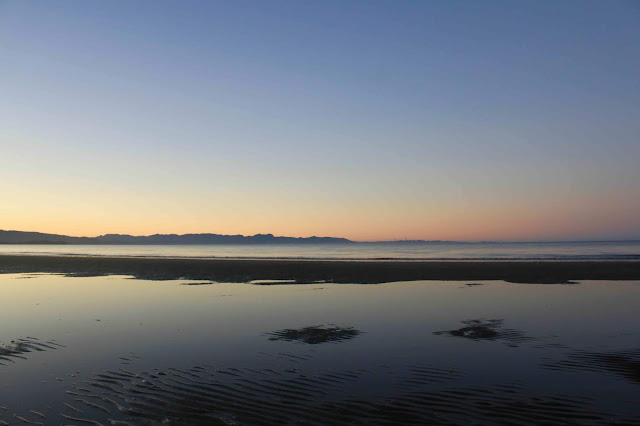 The sad thing is that we are closing in on Picton, the point we will leave Andy and Fi, our travelling companions for the last 10 days, and catch the ferry to North Island and the rest of our journey to Aukland.

Hi
I'm Liam's Dad, Michael, the one who helped you lift the rudder gear off "Jam Butty" last year.
I've only just discovered your blog & spent the last couple of hours trawling the BCN with you. I actually lived as a child about 100mtrs from the Coles Lane bridge over the Dartmouth branch, it was still in water then 65 years ago. I became addicted as a kid & still smitten.
You're repeating at the moment pretty much what my wife & I did in NZ 5 years ago at the same time of the year. Much like you I loved Napier & its Art Deco, but everything else about the trip was wonderful too.Enjoy the rest of it.

Just an add-on. Hokitika, north-west on the stormy coast of South Island, was the site of Eleanor Catton's Booker 2013 Prizewinner "The Luminaries". A very strange book, as usually, the Booker alumni seem to be. But, however, a wild & unusual place, bit like the BCN, & forever associated with a goldrush, although the BCN mineral prize was mainly carboniferous.