All aboard for Abingdon

What a wet week!

We have spent nearly a week moored at Thrupp, starting with a weekend with our friends Fi and Andy. We decided to do the Oxford "mini ring" and went out onto the Thames at Dukes Cut in what turned out to be incredibly windy conditions. Had I known that the wind would be so strong I would have stuck to the canals which do offer a bit more shelter. 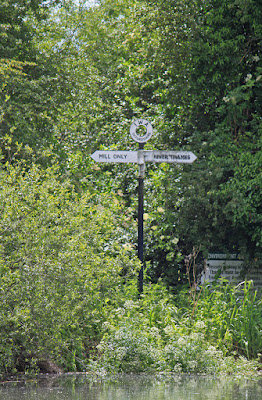 Back onto the Thames

On the plus side, we were waved through Godstow Lock with instructions to pay our license fee at Osney Lock, but as we were turning in at the Sheepwash Channel it meant we had out short excursion on the river without paying a toll. We moored opposite the old Jericho boatyard and by misfortune it turned out to be hosting a street party night, with loud live music playing till 11.00pm. So with music ending late and the railway marshalling yard starting early we didn't have the best nights sleep. 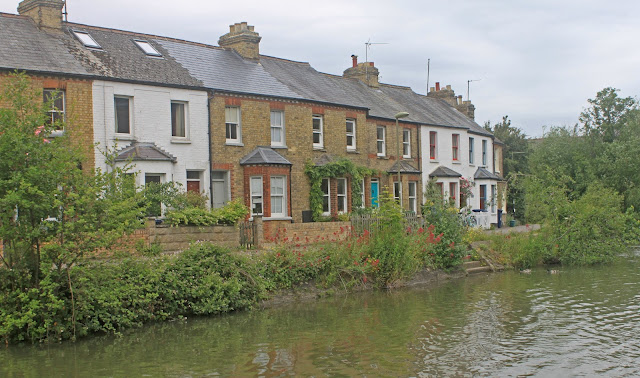 We then returned to Thrupp and then back to Birmingham for a planned visit home. It turned out that we couldn't have timed our trip better. It rained all the way home, rained all day every day we were there, and rained all the way back to Oxford. All the rain has scuppered lots of river based plans in other parts of the country, but thankfully the Thames Catchment has been largely spared.

Our time at home was devoted to jam making, this time Strawberry and Elderflower, Strawberry and Raspberry with Raspberry Gin and Goosberry. There was supposed to be  a lot more Elderflower jams, but you can only pick the flowers in the dry - and we didn't see any if that! 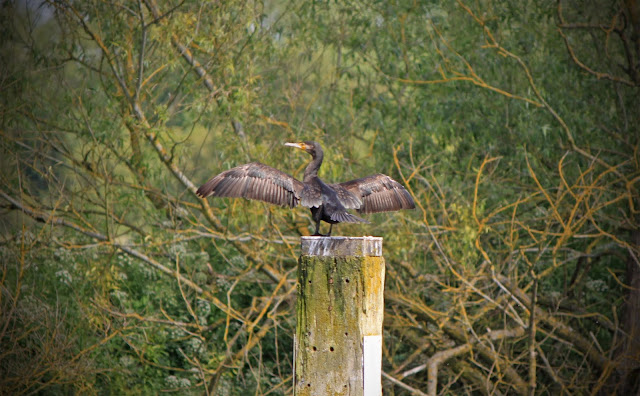 Cormorant airing itself on Dukes Cut.

After returning the van to the very convenient Enterprise site on the London Oxford Airfield site, we waited out the last of the bad rain, used all the Thrupp services, and then set off back down the canal heading for Dukes Cut.

I guess it was the break in the drizzly wet weather, but suddenly everyone really NEEDED jam... so our departure became something of a process with the sam store going down and the cash box filling up.

On our return to the Thames we found the water levels ok, but the flow rates well up. It's a good job out journey is downstream. We were toying with the idea of paying an upstream visit to Lechlade, but given our slow speed all those winding bends we decided to leave it for another time. In the end we simply went down two locks, paid our EA dues for two weeks and stopped just above Osney Bridge, next to the allotments on the island. On the subject of fees, last time we were here there was much confusion about how to approach the butty. At that time it was classed as an unpowered craft and attracted a fixed fee of about £25. This time its a houseboat and cost about £40 - which is 50 % of a motor boat of the same dimensions and is consistent with CRT policy and is therefore fine. 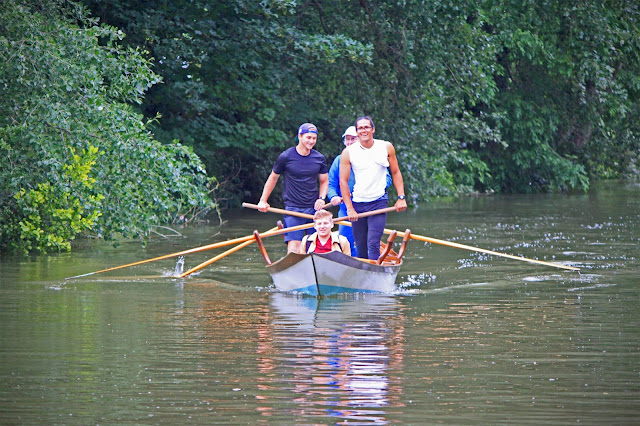 Loads of these today

Our plan is to drop down the Thames in 10 mile stages so today's (Saturday) objective was Abingdon. Being the weekend there were a lot of rowing boats out and about but very few powered craft. One boat I noticed tied up beneath Oxford contained a bee hive. We are often asked if we supply honey and our stock answer is that the bees wont follow the boat - but maybe this off the cuff answer is wrong? 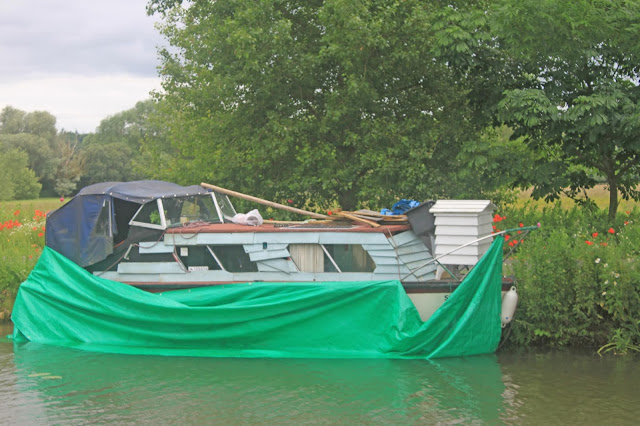 Further down the river at Nuneham Railway Bridge I was idly watching the trains cross when there was a rumble and a blast and, would you believe it, the Flying Scotsman came past, steam billowing, pistons pounding and whistle screeching. Of course, I didn't have my camera to hand to capture the fleeting sight of green crossing the river! 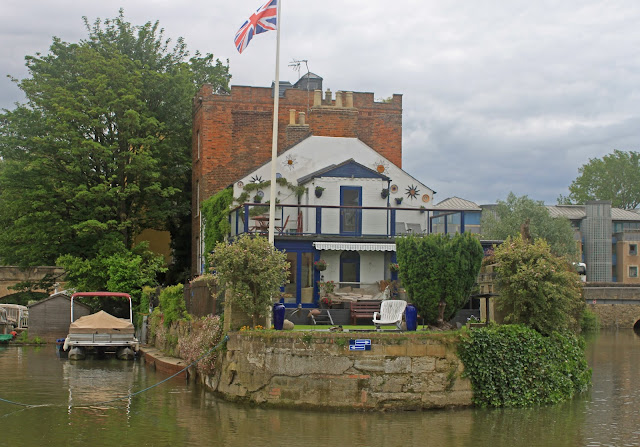 Heads of the River, Oxford

I was not entirely surprised to see Sue and Vic on No Problem XL moored above the lock as I had been following their progress up river for the last few days. I had, hiowever expected to see them somewhere on the meadow below the lock. 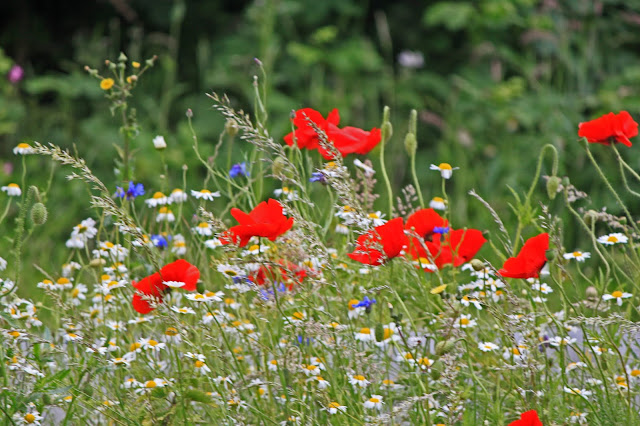 With poor weather forecast (again) we decided to stop in Abingdon  and were warned to avoid the "camouflage boat" beneath the lock on account of the generator they seem to run night and day. In the end we moored just downstream of the bridge, doing a slightly ungainly 360 degree pirouette to ease ourselves into a 50ft mooring space - the only one available in the park.

We like Abingdon - the pace we first learned to play six handed rummy.