The Canal of the Pharaohs

The Canal of the Pharaohs
June 2019


I visited the Ashmolean Museum in Oxford today, mainly to take a look at a very ancient ceremonial mace head, which depicts a ruler known as King Scorpion (on account of a scorpion near his head) formally opening what appears to be an irrigation canal. 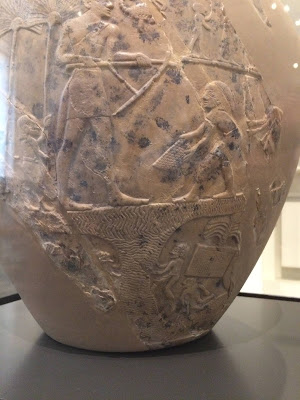 The reason for my sudden interest in ancient Egypt is some research I have been undertaking looking into the various ages or phases of canal building, and it soon became apparent that canal building goes back to the dawn of civilisation. There is a fine line between irrigation canals and those which are navigable, but the ancient records of the Pharahos indicates that they were avid navigable canal builders. 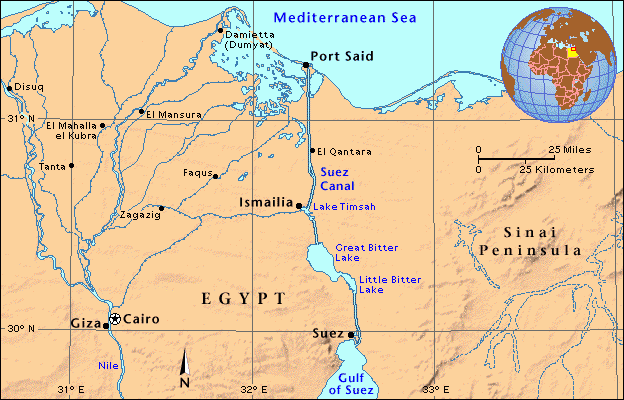 Map of the Nile / Gulf of Suez area

First they constructed canals round the cataracts on the Nile, sections which are shallow and fast flowing. These will have been short lived water shoots but we soon find records of huge irrigation projects, taking excess water off the Nile when in flood to store in vast artificial lakes and feed huge networks of irrigation channels in the Nile Delta. The administration of this complex system of water management involved an army of administrators who occupied a massive complex known as the Labarynth. These canals were so numerous and interconnected that they became the sole means of transport in the region. 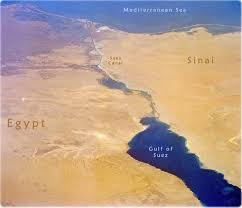 But these are not the canals which really grabbed my attention. The ones which I have found so interesting are the routes which were built through the Wadi Tumilat and in so doing connected the Nile near what is now Cairo to the Red Sea, and from there to their trading partners in India. There is a Killers song "Spaceman" which refers to the Nile flowing from east to west, but it's certainly true that at least a portion of the Nile used to flow west to east.

The records suggest that 4000 years ago Pharaoh Senwasret II at least started to build this canal which followed the route of an ancient dried up distributory of the Nile east to the Bitter Lakes, which were at that time tidally connected to the Red Sea. Its believed he gave the project up not because he couldn't do it, but because his advisors believed that the Red Sea was higher than the Nile and that if dug it the salt water would flood into the breadbasket of the Egyptian civilisation and poison their fertile lands. 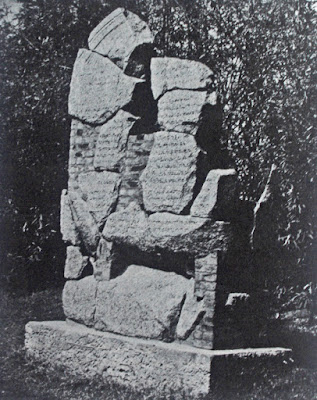 One of the stones commemorating the opening of the Darius canal

This view persisted till Persian King Darius (who probably wasn't so worried about the fertility of Egypt) dug the canal in 454 BC. This accomplishment is evidenced by a number of "proclamation stones" found along its route which, in four languages, declared the glory of his achievement. This was a seasonal canal which was flooded with surplus Nile water when the water level was high enough, and it only remained in water till the river levels dropped.

The problem with canal building in the area is that sand gets blown into the channel and in time it was lost. The waterway was re-dug by Ptolomy II in 285 BC and it is recorded that the passage to the Red Sea took 4 days, which is about right for a waterway 60 miles long. The next version was built by Roman Emperor Trajan in about AD100, but by the time he constructed the canal the Greeks had developed flood gates which he built across the mouth of the Canal, and possibly higher up, raising its level, slowing the outflow and extending the navigation season.

These ancient links between the Nile and the Red Sea all succumbed to the advances of the sand and so the connection lapsed, this time for nearly 2000 years.

In 1869 the Suez Canal was cut linking the Mediterranean with the Red Sea, this time as a ship canal on a route due south from Port Said to the Bitter Lakes where it joins the line of the ancient canals and it was during its construction that fragment of the old waterways were unearthed.

Brindley may have kick started the British Canals in the late 1700's, but I think it's fair to say he stood on the shoulders of some heavyweight engineers going back literally thousands of years.