Overnight we entered the zone where the cold Labrador current meets the northern strand of the warm Gulf Stream and the result is fog. We entered the foggy area in the middle of the night and it gradually permeated my consciousness that the foghorn was letting off its mournful drone at two minute intervals. Not that we have seen any other craft for the last two days and if I am honest I am not sure I would fancy venturing this far out into the cold North Atlantic in a small craft, and if I did and I heard a foghorn of a liner approaching at over 20 knots from an uncertain direction I am not sure I would know what to do about it. 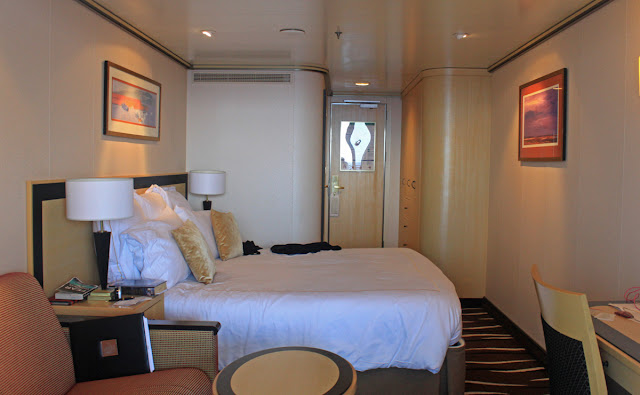 Anyway, we are cosy and warm up in out 11th floor room watching the swell surge past with the boat now developing is distinct pitch and roll.  Today we picked up the grand Circle route and are about 1200 miles out from New York, and over 1000 miles north. In spite of the size of the ship it still feels more run a little lonely way out her, far beyond the scope of a quick rescue.

You fall into all sorts of odd conversations with fellow travellers and today the subject of average ages cropped up. I think it's fair to say that  silver surfers dominate, and mature ones at that. But give them their due, they are a game bunch our for a bit of an adventure to the limits of their capabilities. The sobering fact was the discovery of a well used mortuary, one which contained no less than eight bodies at the end of the last trip! I assume that this crossing will be no different, bringing a mix of happiness and sadness in equal measure. There is also the mystery sounding of the horn at unexpected moments. We made enquiries about the reasons for this but the ship's officers would not elaborate leading us to suppose they are sounded as a mark of respect for the fallen. Either that or they're sounded in Hunger Games fashion ...! 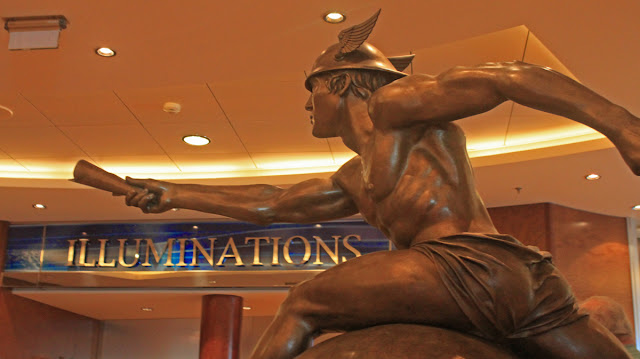 Annoyingly I have picked up Helen's cold so while she assures me that it's not terminal I'm not at the top of my game and this is limiting my enthusiasm to do anything much more than read, sleep and eat. However, we were enticed to extend our opera experience with a 3D screening of Carmen filmed at the Royal Opera House in Covent Garden. This was a fabulous 2.5 hour unabridged version with a series of well known songs following each other but I have to conclude that anyone daft enough to follow a floosie like Carmen should realise that her affections will always be fleeting at best. 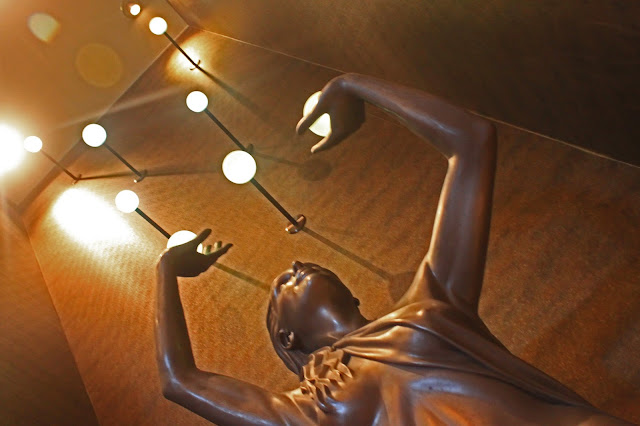 Tonight we move back to smart casual after two nights in black tie (not that I actually own a black tie) with the dining room bucking up and down, offering a real "at sea" experience for the first time.

Overnight we will cross the mid Atlantic ridge and will mark the half way point in this epic journey. It's hard not to think of all the people who made this journey before air flight came to pass, or the wartime supply convoys which inched their way across these remote waters. These days this is the only liner which undertakes a scheduled and rather lonely crossing and whilst it has lots of life boats, I really wouldn't fancy making use of them
Posted by Andy Tidy at 6:00 am