Falling Stort of my objective

Four days and not a single post - don't worry I am still out here and moving along! 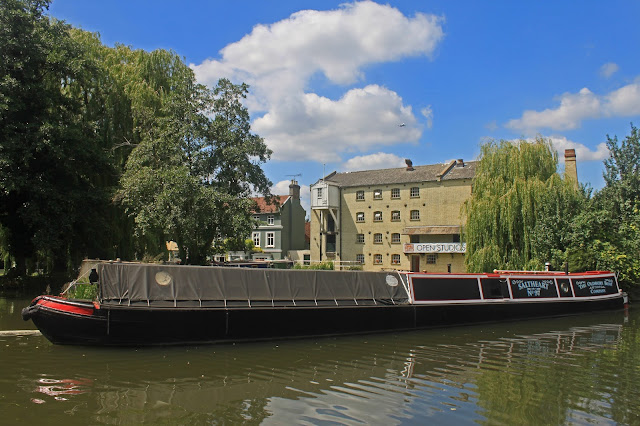 I left you at the Ware Boat Festival where the Saturday proved to be surprisingly busy. As the stall was all set up on the butty, there seemed no point in packing it away till Sunday evening. The Sunday had little formal action so we took part in the morning worship service held on one of the trip boats. As soon as it was over we scuttled back to the boat and got the stall up and running to pick up the passing trade from the well used towpath.

Monday saw Helen's departure for a few days so she could visit her mother in Hull, leaving me to baby sit the boats. I saw her off on the train from Ware's diddy station. Helen was looking for the right platform for London till it clicked that there is only one and trains come and go on a single track. 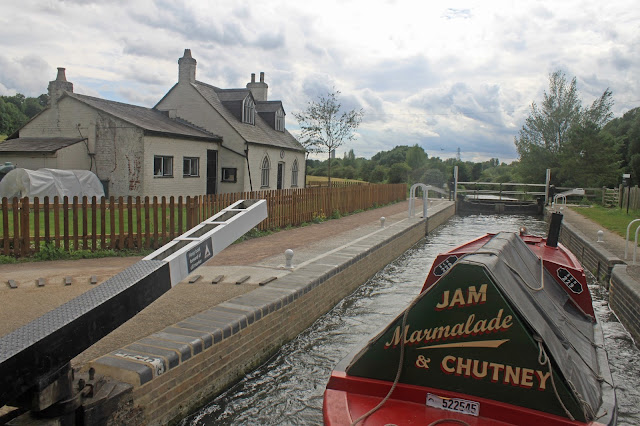 With Helen gone and the water tank rather empty I set off down river, this time with both boats in line. This is a bit faster but crucially, the locks on the Stort and broad but not quite broad enough to fit two narrow boats side by side.

After the big Lee Navigation (oddly the river is spelled Lea) the Stort seems very narrow and winding. The waterway is known for its sinuous path and this tested my steering to the full. With constant switching from sharp right to sharp left I had the butty swinging all over the place and I am glad to report that I neither went aground nor hit another craft.

I moved up the river for about three miles and through three locks, mooring up at about 4.00pm. Then it was on with the chores and run a week's clothes through the washing machine. To run the washing machine we need to keep the engine running and supplying extra power to the inverter. 8.00pm arrived and I was still 45 from the end of the process. Etiquette is that you don't run engines after 8.00pm, so I wandered back to a boat moored 200 yards behind me. He was most surprised to receive my request because no one had asked before and it was so quiet he could barely hear its muted burble. Needless to say he had no issue with my request and proceeded to plug me for information about typical drafts of boats because he thought his recently purchased craft was much to deep (a not excessive 28 inches). 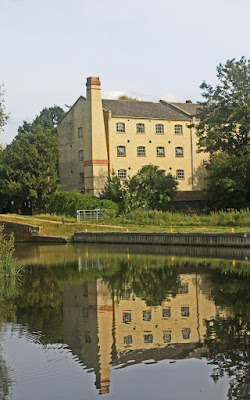 Whilst the washing was running I pressure cooked the three batches of Lemon and Lavender Marmalade I had prepared the previous afternoon.

The mooring wasn't ideal if I am honest. A busy rail track to Harlow, Bishop Stortford and Stanstead ran close by. But is wasn't the woosh of the trains that was the problem. There must have been five or six unmanned crossings up the valley and the trains all had to toot twice as they approached each one. You could hear them for ages before they arrived and sadly one of the tooting spots was opposite where I moored. I never realised that trains all have distinct voices, even within the same models. Some offer an asthmatic rasp, other a high pitched screech and worst of all were the two tone versions which made the air tremble. However, come 11.00pm the trains (or their whistling) stopped and we had peace till 6.30am when it all started again!

Tuesday was forcast hot so I took advantage of the Greater Anglia wake up call to finish off the 30 jars of Marmalade, and then took it easy pottering around the boat till about 4.00pm when it cooled a bit and I moved three locks up river to Harlow. For those of you that don't know, Harlow is a new town and as such has about as much character as Milton Keynes. However the river seems to keep back from the town and is rather pleasant. 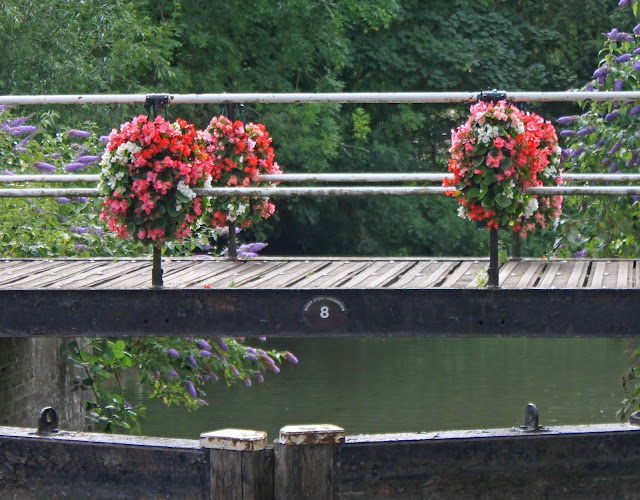 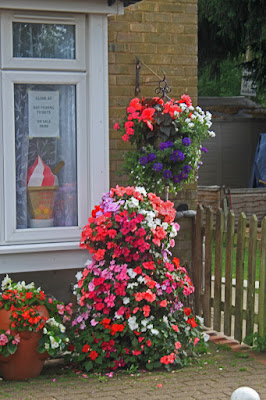 Usually I would want to complete all the navigable water but with it being so hot and with all the locks against me on the way up I called it a day at Harlow, the half way point. A further eight miles remain, but they can keep for another time.

I used the visitor moorings next to the station and whilst I was woken at 7.30 by the announcer, it was far more tolerable than the tooting. One good thing about Harlow it its shops. Helen left me with a long list and I manfully dragged the shopping trolley 20 mins up the hill to Sainsburys and was thankful for the gradient on the way back as the temperature had risen to the middle 20's.

Helen is due back on Thursday and the plan is to meet her at Broxbourne, so I motored through the heat of the day, gulping pints and pints of water. Roydon Lock house is occupied by a lady with an entrepreneurial bent and it was impossible to miss the fact that she sells ice cream. As I entered the lock she emerged and carefully scrutinized my menu board and asked for three jams, I in turn, scrutinized her ice cream list and settled on an Almond Magnum. The net effect was cash to me and an ice cream so I was well pleased. This time every lock was in my favour and I reached the Lee at 4.30pm. I immediately spotted a shady mooring above Fieldes Wier Lock and decided to call it a day, doing some outstanding DIY jobs in the relative cool.
Posted by Andy Tidy at 10:18 pm

We found a mooring at Little Hallingbury, further up the river, which had the same train hooting problem. On a walk we crossed one of the level crossings and discovered that not only were the trains hooting, but there where large white boxes on either side of the crossing with solar panels on the top, and when a train was approaching but still in the distance, the boxes hooted too!

As the icing on the cake, it turned out that we were directly under the flightpath for Stansted Airport.

That would explain it simon. I am now moored at the junction with the Lee and still hear them faintly in the distance. They must drive the locals mad.