Thursday in Aylesbury at 4.17 pm - that was my agreement with Helen, so the final batches of marmalade were completed in the shade at Bridge 12 and off I went through the last three locks and the final two miles into the town basin. 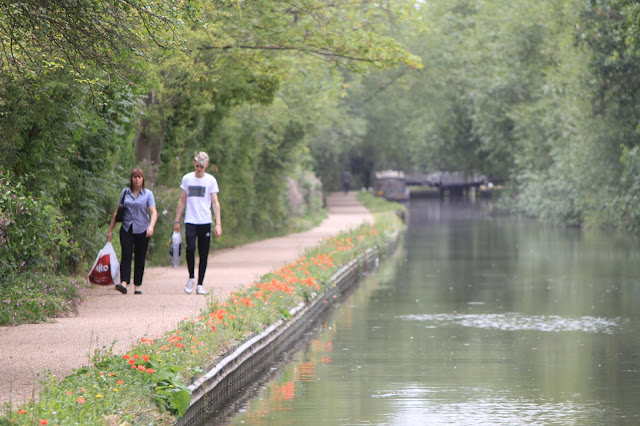 New Visitor Moorings by Tesco, on the old Nestle site.


Aylesbury stands back from the canal in its final approach although new housing developments are springing up to the east of the town. The old Nestle site just above lock 16 is currently the focus of a huge building effort, next to the new Tesco superstore. With visitor moorings right beside Tesco I can see this becoming a popular stopping point, but right now its noisy and dusty. The towpath from town to Lock 13 has been upgraded to a high standard in recent months and has become an immediate hit with cyclists and joggers, all paid for with funding from the local developers. 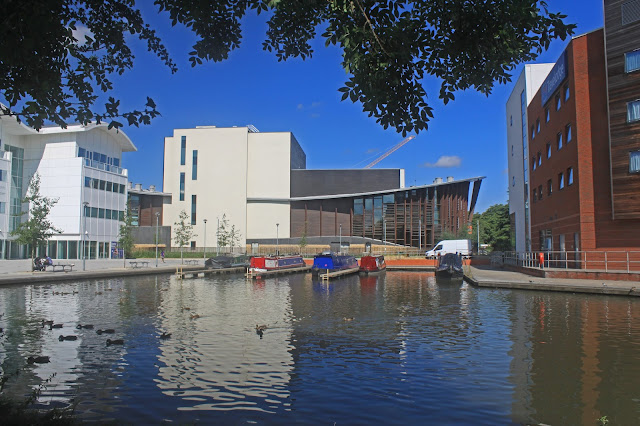 The Aylesbury Canal Society has a big basin and club house between locks 14 and 15, replacing their old home in the town basin. 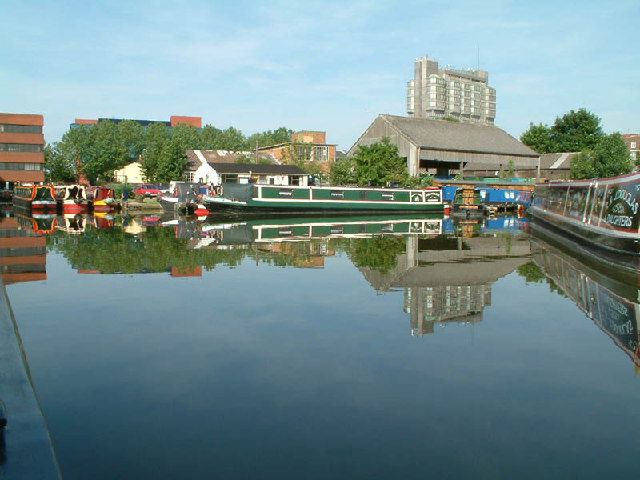 And how it used to look

The original plan was to continue the canal to link to the Thames at Abingdon, but this never happened and the arm comes to a halt in a waterfront basin now surrounded with a Travelodge, Waitrose, theatre and a University Campus. These buildings are all very new and the basin is now a focal point in the town and a far cry from how it used to look.

Most of the 48 hour moorings are in the basin to the north of the canal, with boats tied to 70ft solid pontoons. None of those stubby bouncing jobbos here! The pontoons are surrounded by a 6ft moat which discourages non boaters from reaching the craft. Fortunately there was one slot vacant in the middle. 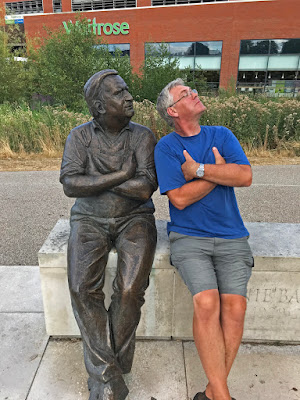 There is also a good service block and a long run of service moorings and several taps. I suspect that the extensive service moorings are to prevent visitors mooring opposite residential boats rather than a particularly high demand for water.

The train station is just a quarter of a mile from the basin so I legged it and met Helen off the train.

There is one problem with the basin moorings - the lack of shade. When I left the boats at 4.00pm it was 27C inside, but by the time we returned 30 mins later it was up a very sticky 32C and the sun beat down mercilessly till gone 7.00pm when the nearby university building created a bit of shade. I know it sounds like we are a bit obsessive about shade but believe me, life in a boat beyond 25C is a bit uncomfortable. 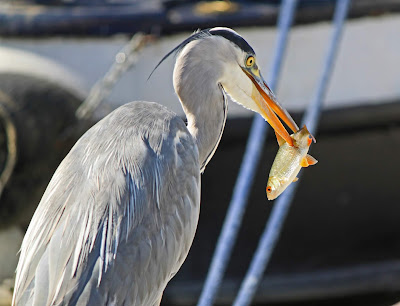 If we cant get shade on the boat we figured we would go and find it for ourselves, preferably in an air conditioned building. We started off with a very good burger followed by two tickets to see Mama Mia 2 at the nearby Odeon. I was a bit shocked to be shown the seating availability and discover that only the one half of the front three rows were free. Clearly we were going to be part of a sell out crowd! 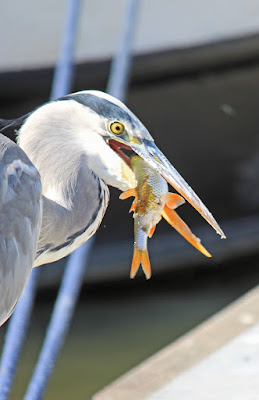 Heron getting it in there

We trouped in to air conditioned heaven and I started to realise it was an estrogen heavy environment. I looked round and for every man there were 20 women! I didn't realise quite how female the target market was. As a film the plot was a repeat of the last one and hit after hit from Abba's back catalogue were squeezed into the storyline. Now I like Abba, they were part of the soundtrack of my youth and the renditions were generally good, especially Julie Walters who manages to introduce slapstick into any role. Then there was Cher singing Fernando. Her face may be a bit immobile but wow has she still got a pair of lungs on her. So all in all a predictable and somewhat stretched plot, but lots of fun if you like Abba. 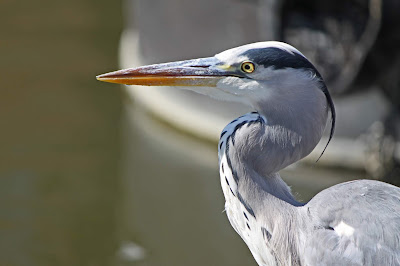 Fish? in my throat?

On our way there we found a statue of Ronnie Barker who started his career in Aylesbury.

By the time we emerged into the twilight the air had cooled, but the boat remained stifling. The batteries took a caning trying to keep the fridge and freezer cool in such high temperatures. We had toyed with trading in the basin over the weekend, but with the forecast suggesting temperatures of 30C in the shade (if there were any) we just didn't have the heart. Whats more, our stock of preserves don't like the heat either so we decided to set off up the canal in search of a bit of cool.
Posted by Andy Tidy at 9:00 am