One of my enduring regrets from last years trip up from London was that we missed the arms of the Grand Union, notably the Slough, the Wendover and the Aylesbury. The truth was we were against the clock so they were left for another day's cruising. 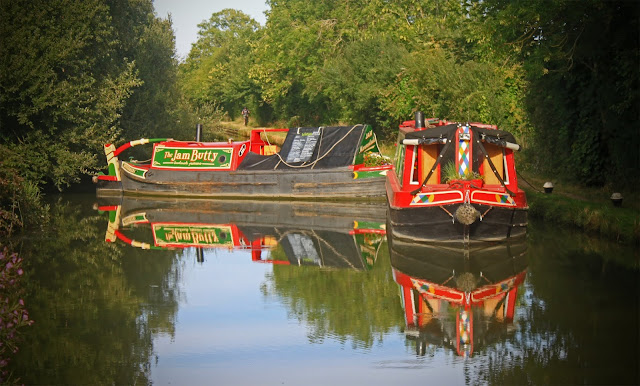 With three weeks between Linslade and Blisworth festivals we had time to kill, and with stock a bit low we decided not to join the Fenny Stratford festival. Instead we decided to spend a few days exploring the much praised but little visited eight mile Aylesbury Arm.

Helen had returned to Birmingham to see her Mum and make Strawberry Jam and my task was to replenish our marmalade store with 60 jars of Lemon and Lavender, and at the same time to get the boats to Aylesbury. 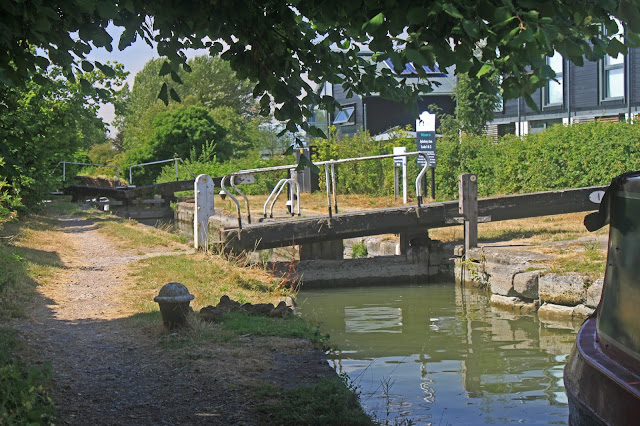 With the weather staying hot I decided to make preserves early in the morning and move for four hours or so each afternoon. I spent two days moving south through 11 wide locks on the Grand Union to reach Marsworth (of Maffers) Junction where the Aylesbury Arm starts its 8 miles descent to the west.

The plan for the first night went to pot due to very low water levels in the pounds and my inability to reach the bank. I carried on into the cool of the evening, stopping after eight  pm between the two locks at Ivinghoe. This isn't an ideal mooring as short pounds have a habit of draining overnight, but I dropped a precautionary lock of water down as I moored and stayed off the bottom till morning. 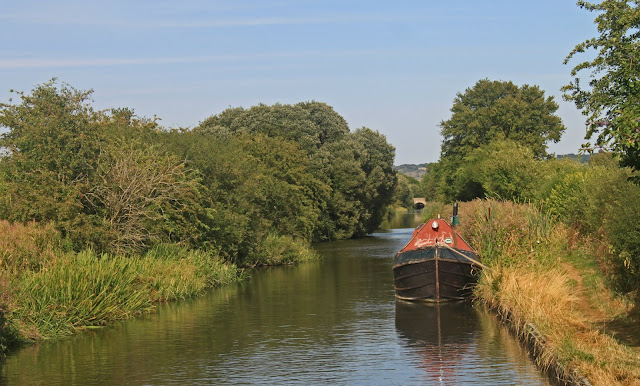 With 20 jars made and another 2 batches prepped I was off again at lunchtime, passing through the Seabrook locks where I stopped for a sale and a natter with boaters I have met along the way. The final two locks at Marsworth had a very low middle pound and a fair bit of water was needed to get me over the cill.

In theory there are lots of moorings at Marsworth but on this occasion an evening fishing tournament has set itself up and every gap was occupied by a fisherman staring sullenly at the water. As I got closer to the junction I started to despair of finding a gap without getting someone to move. I am not sure that the etiquette is in this situation, but I did find a gap by snuggling up to an unoccupied boat.

Another night and another morning making marmalade.

Wednesday was Aylesbury Arm day, so after using the Marsworth services it was onto new waters. Suddenly you are off the 1930's wide locks of the Grand Union and only the narrow locks which existed when the Grand Junction was built. 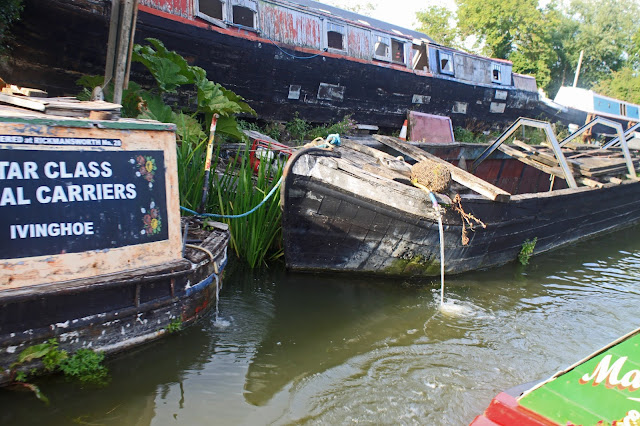 Working a pair single handed is no small task with each step taking a lot of time and effort. Of course, the sun decided to blaze away and I was up to a pint of water every two locks  to keep myself hydrated. The plan was to cover half of the canal (eight locks) leaving the other half for Thursday when I meet Helen. However, even on this remote canal things didnt go according to plan. Eight locks takes you to Wilstone bit here the fairly extensive moorings were all occupied and the iffy ones were in the sun. 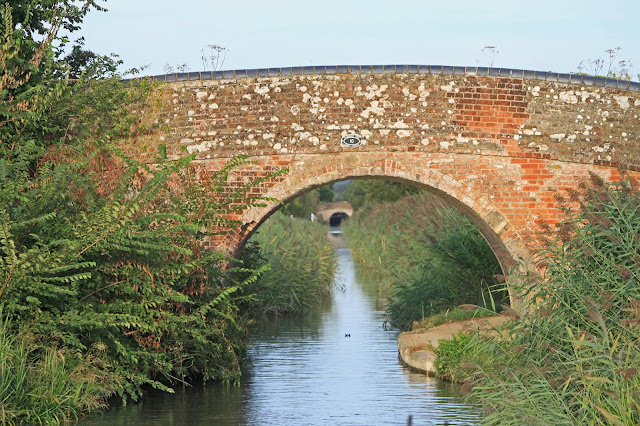 Is that supposed to be a canal?

The plan was revised and I worked on into the evening, passing the amazing Bates Boatyard at the foot of the Puttenham Locks. There are quite a lot of boat yards dealing with historic metal craft but only one specialising in wooden ones, Here in sleepy hollow a select group of wooden narrowboats lie in varying stages of decay, some on the bank and others kept on life support with pumps operating 24/7 to keep them off the bottom. 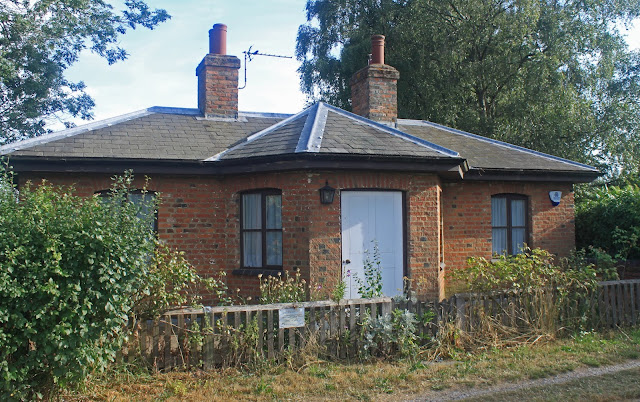 Then is was into the reedy section where the channel narrows down to a mere yard from side to side. Fortunately the water channel is wider and the boats eased through but at a very sedate pace. Paul's Waterways Routes maps came in very handy, identifying possible mooring spots including one below Bridge 12 which offered both depth and shade. 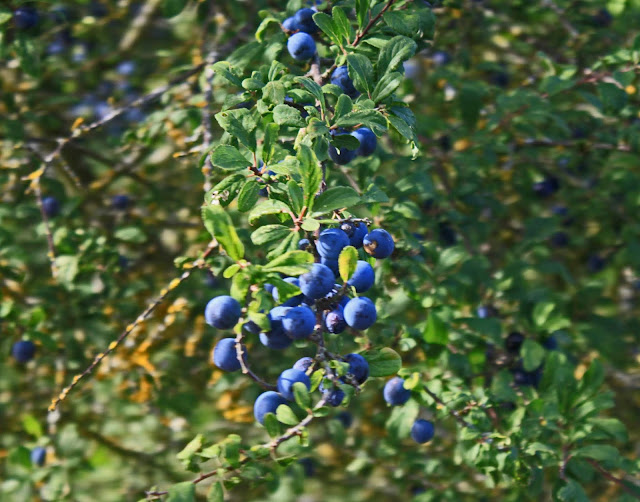 The towpath into Aylesbury has just had an upgrade so even in this remote location joggers, cyclists and dog walkers make periodic appearances, certainly more frequently than boats. In total I think three came past by noon on Thursday.

The Aylesbury Arm certainly lives up to its billing as a remote rural canal.