All you need is love

Football clubs aside, its hard to visit Liverpool without The Beatles featuring front and centre stage. 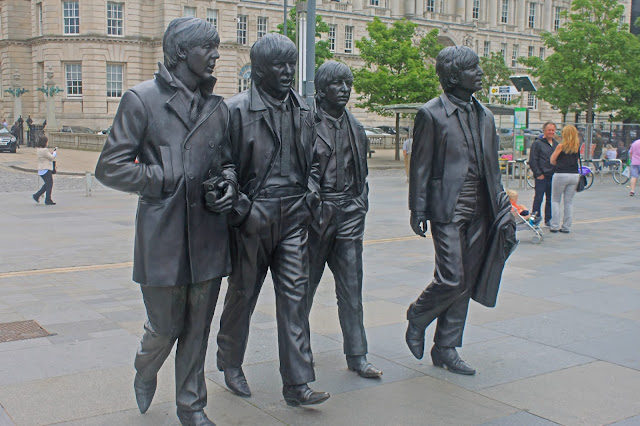 We spent our first day exploring the Princes Dock area, swanning around in tee shirts and shorts whilst much of the rest of the country was sheltering from tropical thunderstorms. 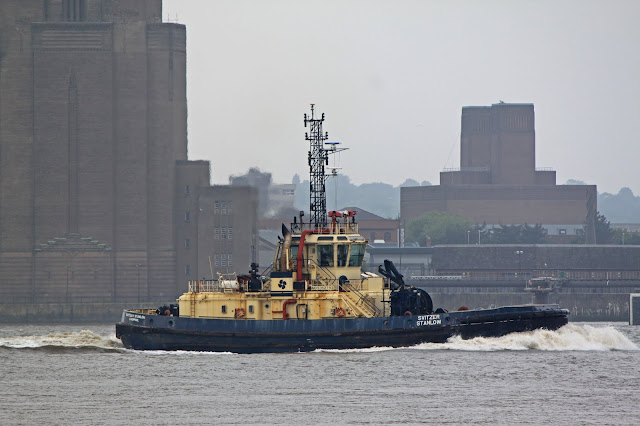 Real boats on the Mersey

We had a wander around the docks area, having a look at the official life size Fab Four statue in front of the Liver Building and then, fortified with some lunch from one of the street food vendors we paid a visit to The Beatles Story. This is one of those audio tour affairs where you move from zone to zone with a digital player and earphones. 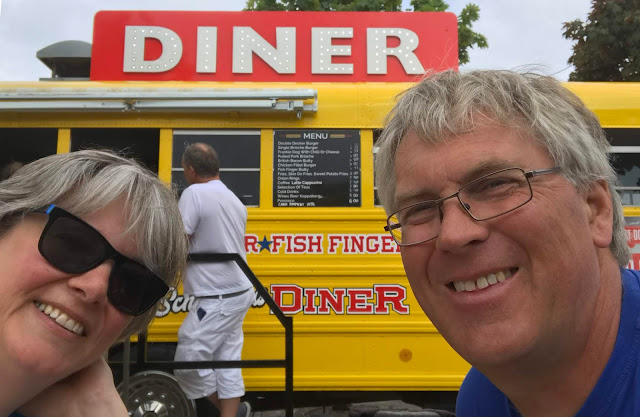 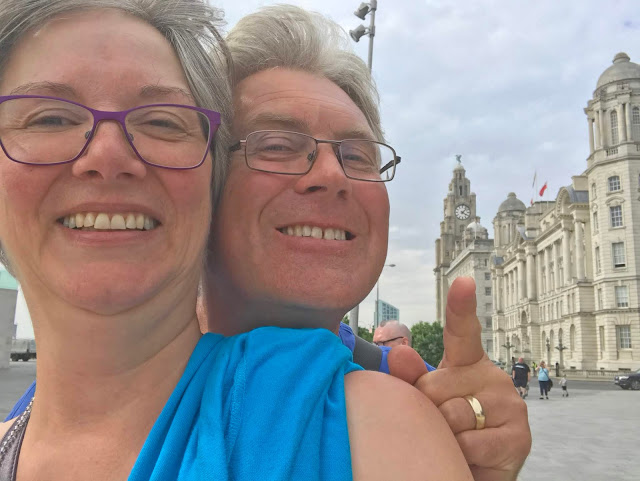 The dastardly duo at large

I guess it is always difficult to deliver such a well known story in a fresh way, and we left feeling we hadn't learned a lot new. The place felt a bit jaded and with some elements missing it didn't really live up to expectations, or justify the £17 price tag.  The elements which I liked were the descriptions of them getting started.

Consider this... They started out on the Casbah, which was actually some womans basement where teenagers of both sexes came to hang out.  I suspect that this would raise  a few eyebrows in today's protective environment.

Then there was the Cavern Club, which has been carefully reproduced and the commentary was graphic in its description of a smell made up of dettol, smoke and sweat, with condensation running down the walls from a packed audience. Imagine playing for eight hours a day in those conditions. 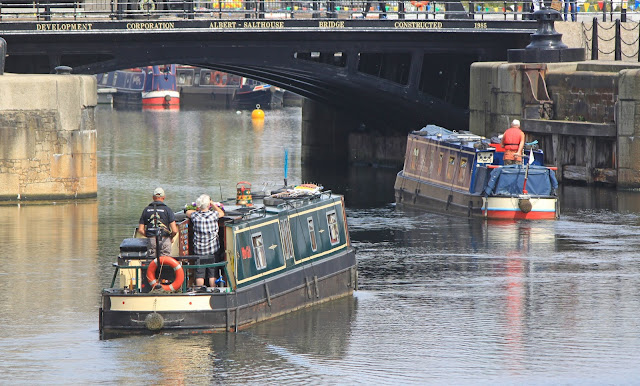 Given this was a musical tour, the trick which is missed is to offer the music in a realistic manner. By that I mean light strains of Hey Jude are all very nice, but something like the Cavern Club or their final performance of the roof of Apple Records should be delivered with power and impact - ie at volume. I couldn't help thinking that the whole thing would be better if groups were moved from zone to zone and experienced a realistic musical rendition of the aspect being illustrated. 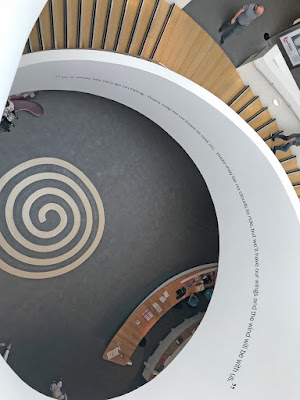 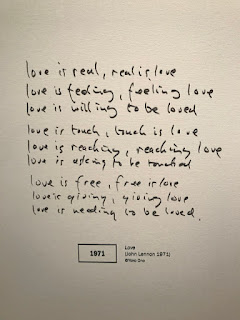 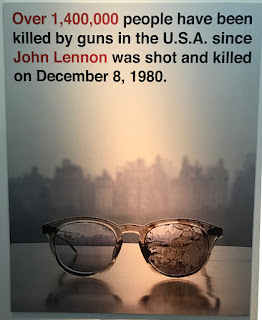 From there we moved on to the free Maritime Museum which was really hot and failed to grab our attention so we moved on to the Museum of Liverpool (also free) and specifically to the Double Fantasy exhibition about John Lennon and Yoko Ono, from their meeting through to the present day. Whilst I do find it hard to "get" a lot of Yoko Ono's art, I found their story compelling and rich and a way the The Beatles Story wasn't.

Friday
This was a day of two cathedrals with a bunch of pottery warriors thrown in for good measure. 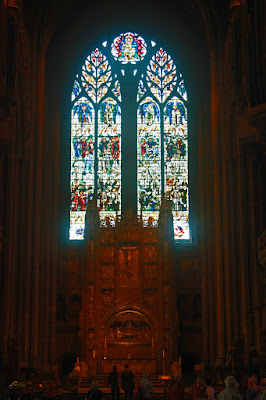 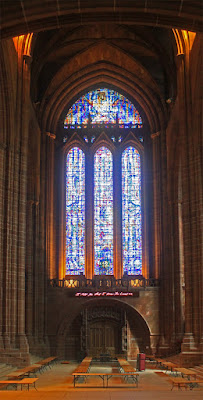 East and West windows of the Cathedral

The first thing we saw as we entered the docks was the bulk of Liverpool Cathedral looming on St James Mount above. What I didn't realise is that its the largest cathedral in the country and the fifth largest in the Europe. Whats more, its not exactly old as it was started in about 1905 and not opened till 1978. I read the opening chapter of a guidebook and it suggested that its architect took the classic cathedral design and applied modern construction techniques thus letting then build an "old style retro cathedral" to dimensions unattainable in times gone by.

The problem (and I am ready to be shot down in flames here) is that the result is a building which is both breathtakingly enormous but lacking in subtlety and beauty. Its a bit like comparing an american muscle car with an Italian supercar. If you like sheer ballsy brawn, ok, but if you are looking for ride and beauty built into every detail you need to look elsewhere.

There are some interesting modern works of art near the altar and I later discovered the sign under the west window is a Tracey Emmin special but none of this does much to lift ones spirits. We came, we grabbed a photo of both the east and west windows, and we moved on. 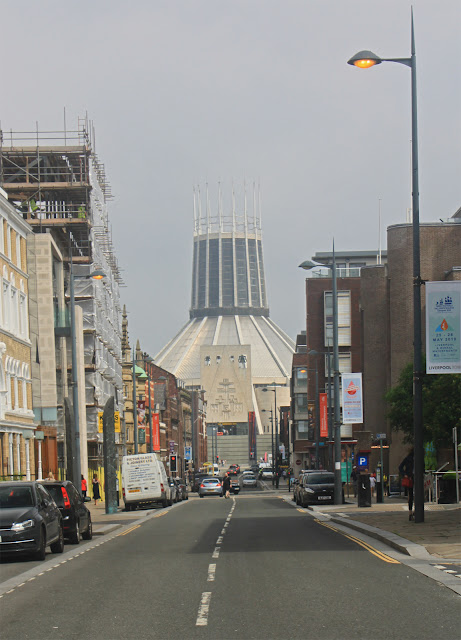 Then we visited the very distinctive Catholic Metropolitan Cathedral which was built in the five years to 1967. This cathedral is as different as chalk is from cheese when compared to its Anglican counterpart barely half a mile away. Gone is the heavy masonry and in its place is Paddys Wigwam (aka Metropolitan Cathedral of Christ the King). Here innovation and light are used to create a massive circular auditorium capable of seating 2,300 people and all are very close to the central altar. It does indeed resemble a wigwam, but one with a massive lantern window on the top and multi coloured windows all round. Its a daydream of colour and space, with glass and textures used to lend moods to the various alcoves and crannies. Seen through a camera lens its almost like a light show has been created, with the space changing in feel and atmosphere as you walk round it. 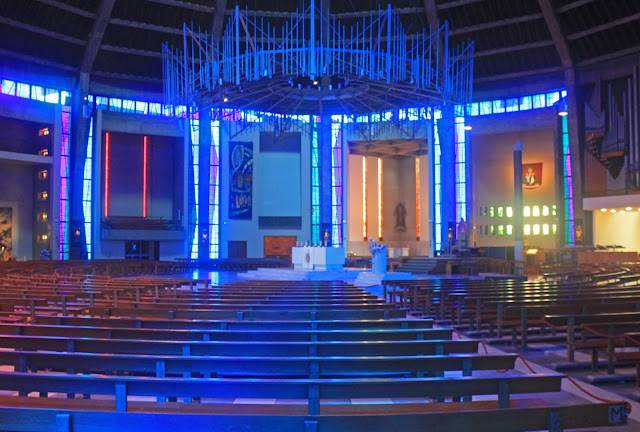 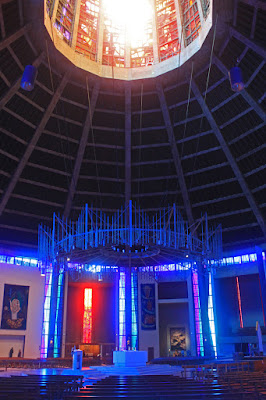 I do appreciate that the church is its people, and the building merely provides shelter for gatherings, but as an inspirational place of worship the Catholic offering wins hands down. 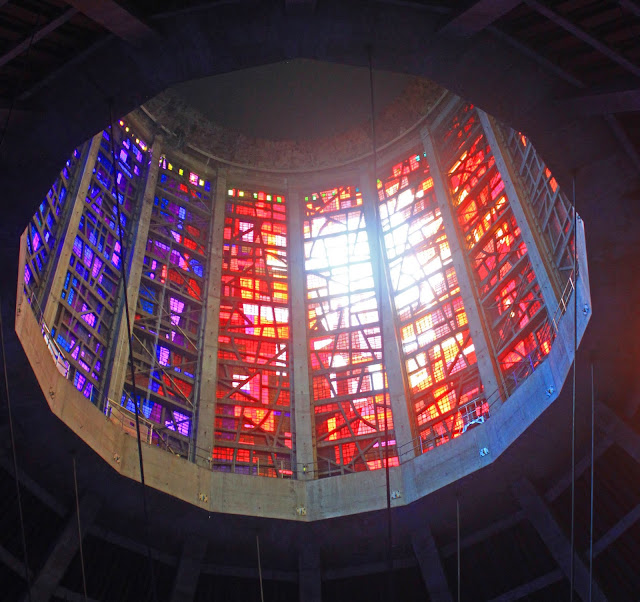 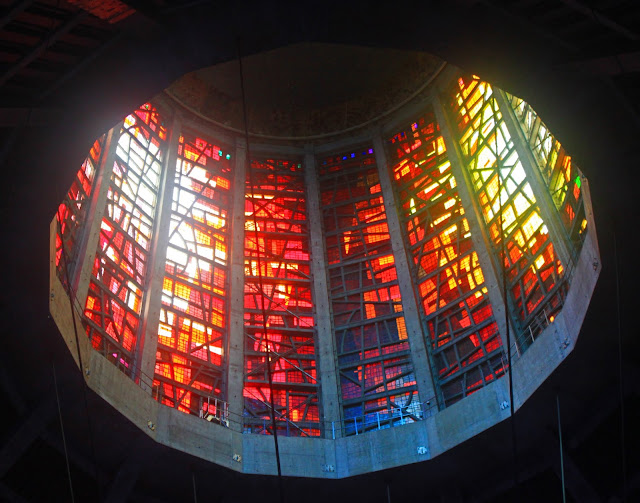 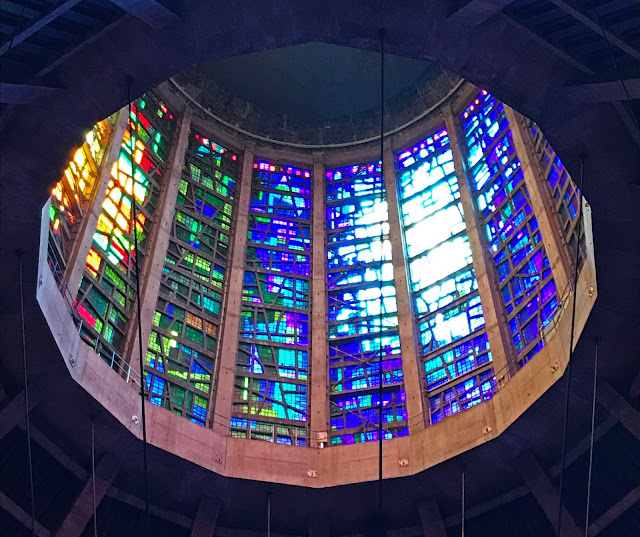 On our wanderings between the two seats of worship we discovered Falkner Street, location for the recent House through time" TV series. The house isn't very different from its neighbours, but the insight it offered into Liverpool life was fascinating and has offered a great foundation for our visit to this city. 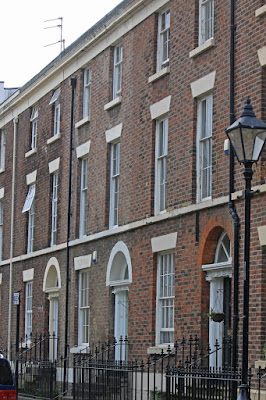 Then it was on to the main museum and a visit to see China's Terracotta Warrior exhibition. This was on Helen's long held to do list and it was interesting to see a sample of these ancient earthenware figures in the flesh, so to speak. 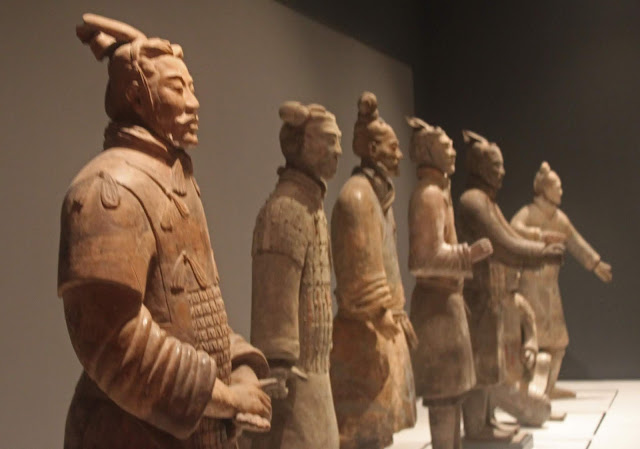 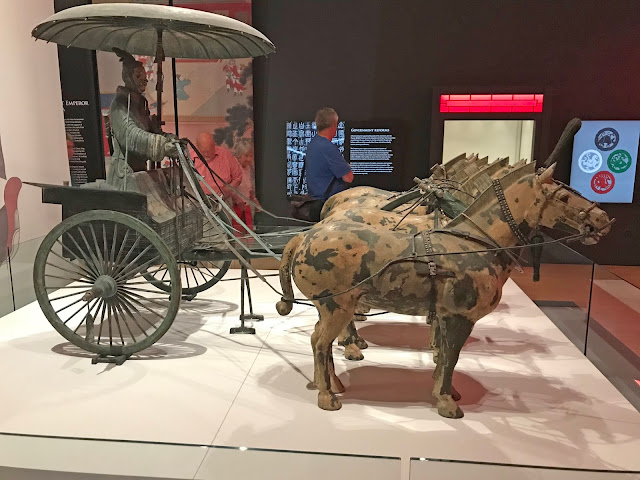 Sadly, the exhibition rooms were insanely hot and 30 minutes was about all we could take. The exhibition itself would justify a more lingering visit, so lets hope your tickets are valid on a cooler day! 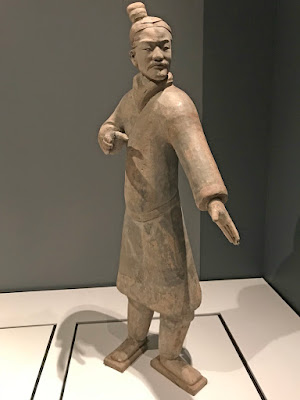