Our monthly visits home form a regular intrusion into our life afloat. These visits offer an opportunity to catch up on lots of domestic tasks like deliver jam to The Fairlawns, have haircuts, do the washing and, on this occasion, to make 60 jars of Strawberry and Elderflower Jam. 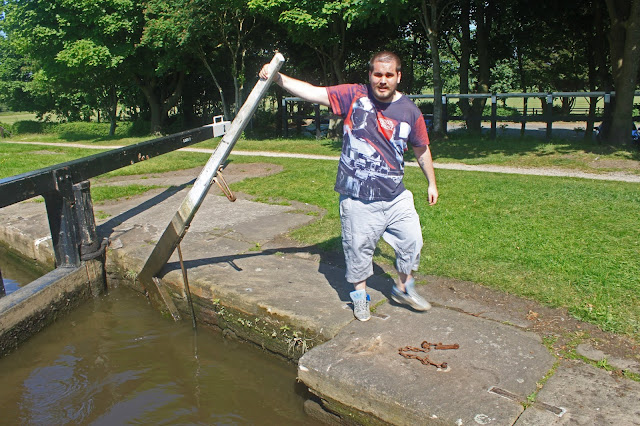 Dan with the unconventional paddles

Dan joined us for our return to the boats, combining a holiday with some help with the locks on the trip from Rufford to Skipton. 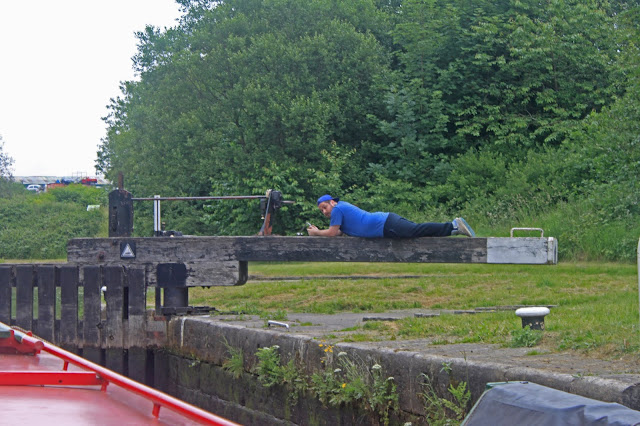 Hard at work on the Wigan Flight

The Rufford Arm really is sleepy hollow, with very few boat movements. All very remote and chilled. We climbed the six locks back to the Leeds Liverpool mainline and restocked at the nearby Tesco before moving on to Parbold where we managed to find a mooring just beside the windmill. 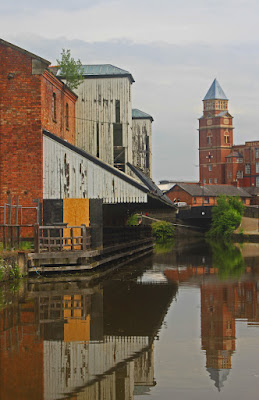 Friday involved the relatively short hop to Wigan, covering ground we travelled in the other direction a couple of weeks ago. Having had a look at the lie of the land we elected to moor between locks 86 and 87, bracing ourselves for a noisy night. In the event the towpath stayed empty and we had a silent night. You wouldn't think we were in Wigan at all. 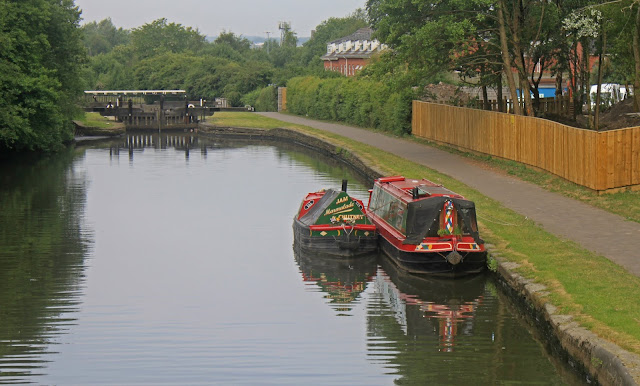 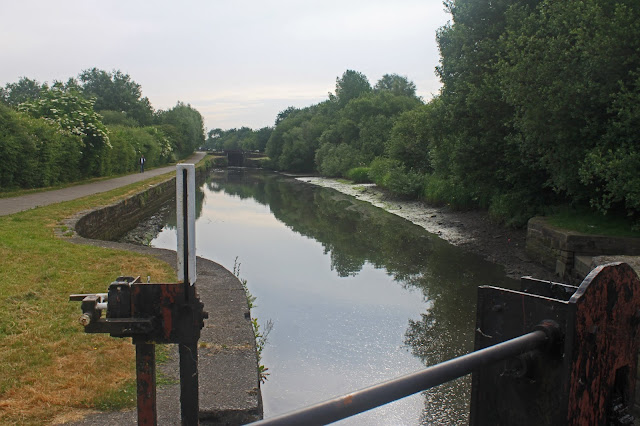 Waiting for empty pounds to fill

Saturday presented possibly the sternest challenge of the trip so far - the slightly intimidating Wigan Flight - 21 irregular and unpredictable large locks. Forewarned is forearmed so we had joined the Facebook Wigan Flight Crew and let them know we were coming. 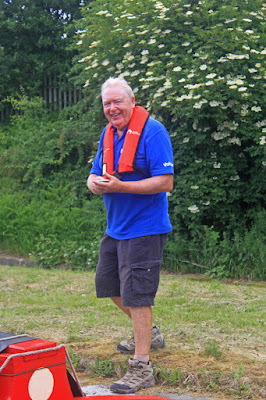 Barely had we reached the second lock than John Shaw turned up as a volunteer lock keeper and provided support all the way to the top. The pound between locks 82 and 83 was pretty much empty as a result of leaking gates so we had to wait 30 minutes whilst extra water was run down from the long (ish) central pound. In the end we completed the ascent in four hours - three and a half if you discount the wait for the empty pound which seemed like a very smooth climb up the hill. 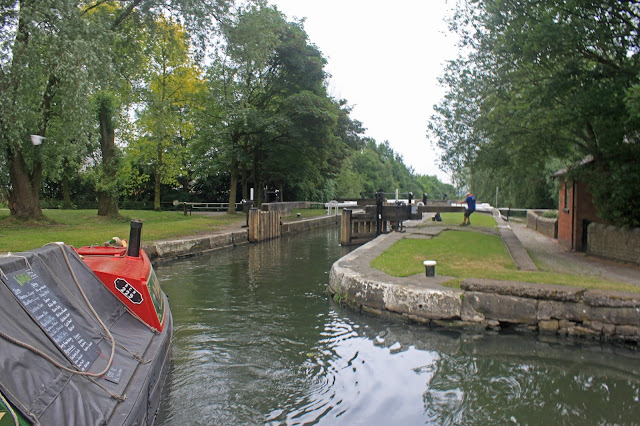 We exited the top lock just after noon so it seemed a waste not to continue so we pressed on in the heat of the afternoon. The Wigan Flight represnets a physical barrier most are unwilling to cross so above the locks there are very few boats on the move and you soon drop into the solitary boating routine, paying little regard to the bridge holes. 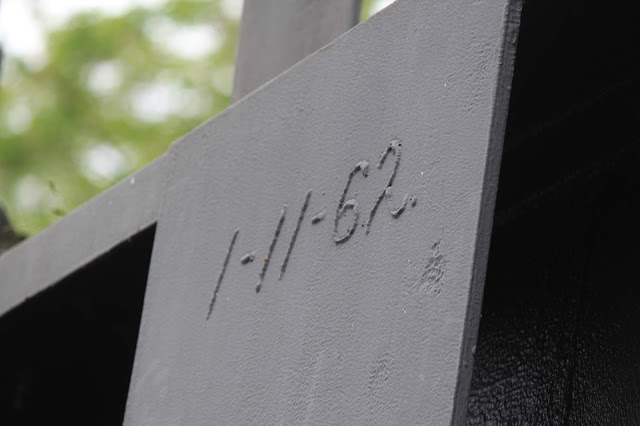 Some of the gates are over 50 years old.

The initial target was to reach Adlington and fill with water, but it appeared to be a private yard and so we carried on to the slow filling tap at Botany and then found a towpath mooring just below Johnson's Hillock Locks.

Whilst we were next to a pub and therefore expected some noise we were dismayed to hear a DJ starting up at 11.00pm. In the event it wasn't the pub but rather the Party Boat from Botany with a full compliment of guests and a party in full swing. The noise got louder and louder and then seemed to stop right next to us before finally passing, only to return 15 minutes later going the other way. 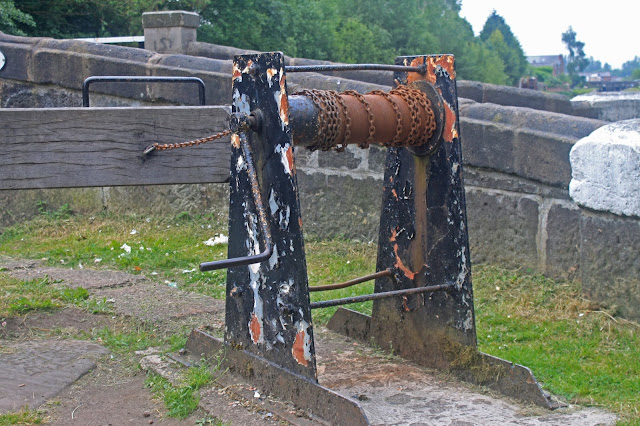 In initially I was less than chuffed about all this but in the morning I realised that with the butty moored alongside I had left little room for the widebeam party boat to get past, and they must have got stuck on the mud the night before. I guess that they had the last laugh because I woke the next morning to the stern grinding on the rocky bank and the bows stuck on the mud next to the pub.

My mooring pins were not in very securely and the passing of the party boat must hacve pulled the front rope free.