To Liverpool and beyond

Liverpool was a blast but all good things come to and end, and Sunday morning saw us hooking the butty onto the stern and crossing the Stanley Dock ready to be at the lock at 8.00am. 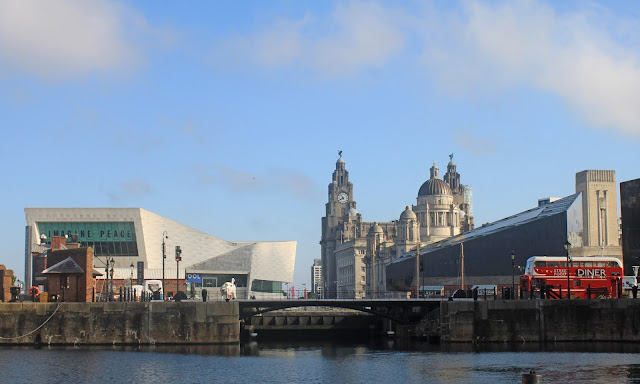 Thwarted by the tidal barrier

What I hadn't realised was that the first obstacle was the barrier to Canning Half Tide Dock, which spends the night in the up position and we had to circle for a few minutes till the CRT staff showed up and dropped it back to the floor of the dock. 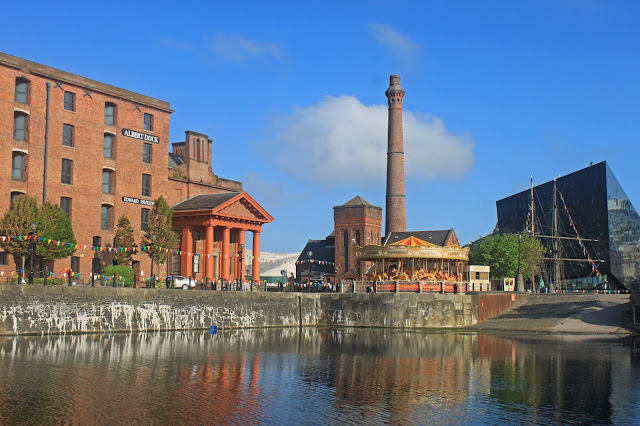 When we entered Liverpool it was under grey skies which threatened rain but our exit was under clear blue skies, which offered some great photo opportunities. 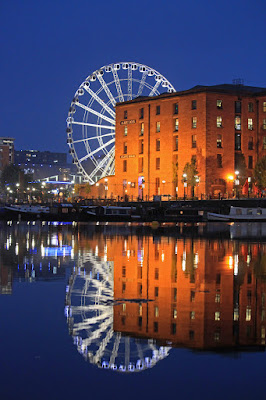 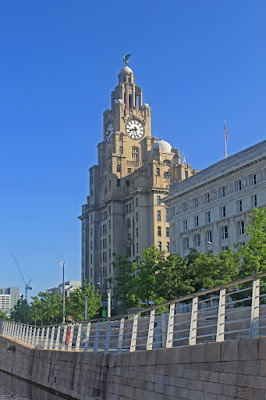 We shared Stanley Locks, selling jam to fishermen as we rose - a first for us.

An hour of travel took us to the Litherland services, where we used the much needed Elsan, filled with water and encountered the unmistakable Spey which was progressing into Liverpool. Spey also paused at the services just long enough to top up their preserve reserves. 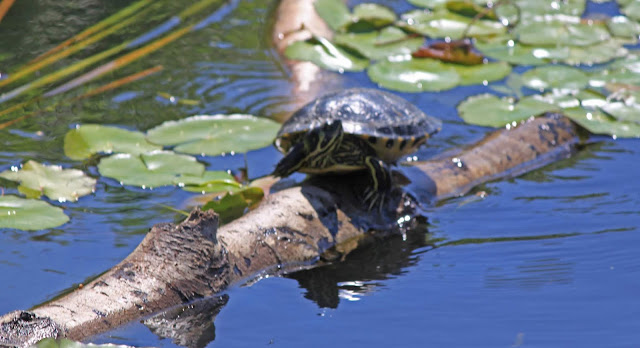 For the last three years we have been wanting to make more Rose Petal Jelly, an intensely perfumed preserve. The problem has been a lack of Japanese Roses in sufficient volume. This drought came to an end in Bootle where we found a big bush heaving with the violent pink blooms. These were duly picked and converted into 12 jars of the pink nectar. 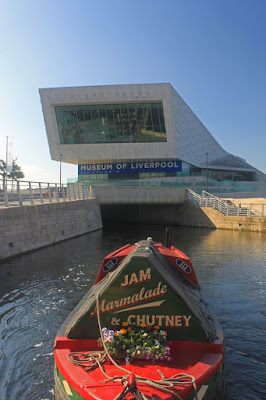 One snag about towing is the reduced rate of travel, and this was made apparent by the timed swing bridges. We reached Netherton Swing Bridge just before 2.00pm but there was no way we could get to Handcock's Swing Bridge before 2.45pm, so we resigned ourselves to a bit of a wait. The afternoon was incredibly hot so it was no big hardship to tie up for three hours and wait for the bridge to be reactivated at 6.00pm. 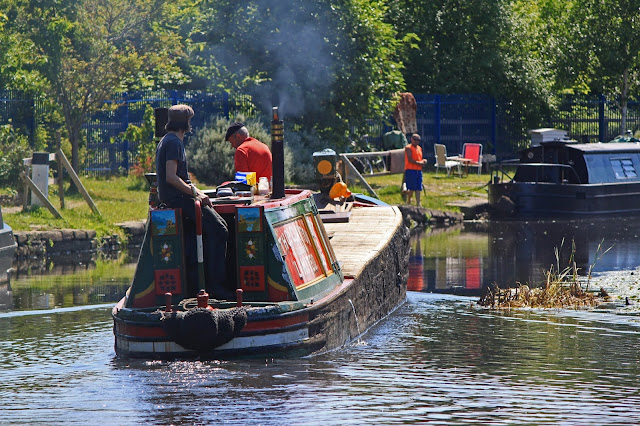 With the day cooling off we decided to press on through bridge 10 and on through the many bridges of Maghull, mooring just north of the village.

Monday's objective was to make it to the junction of the Rufford Arm, which simply involved putting in the hours on those long straights. One item on our schedule was to call in at Scarisbrick Marina for some diesel. We motored in and were delighted by the warmth of our welcome. As well as supplying diesel and ice cream we also discovered their enthusiasm for preserves. In the end refilled the tank and had more cash in our pocket than when we arrived - cant be bad! We also spotted the mother lode of Japanese Roses and picked enough for another 24 jars - enough to see out the season. 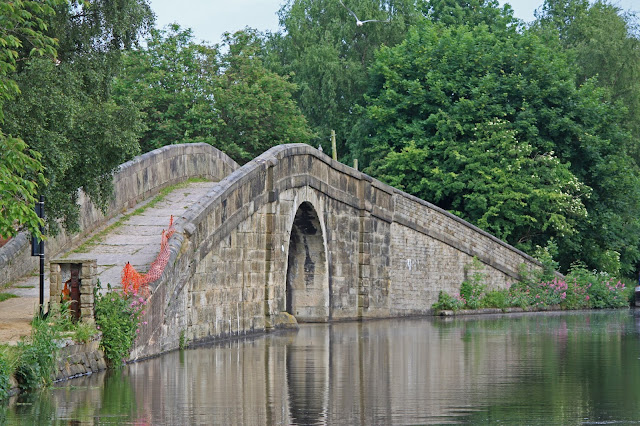 Gateway to the Rufford Arm

The evening cooled off so we moved through the Junction and dropped through the first six locks so we ended up just above Rufford, a mooring spot for a few days whilst we go home on the train.
Posted by Andy Tidy at 10:19 pm