Update
I recently came across a period photo of the Haines Branch at Great Bridge showing the navigation channel as it was in the 1970's, in an advanced state or infilling. If you ever wondered what was used to fill in the canals this picture tells you - any old rubbish to hand! 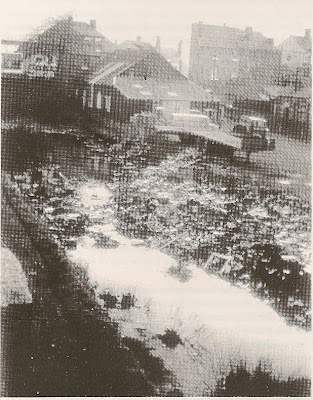 I also unearthed a 1970's photo of Sheepwash Bridge before the canal channel was underfilled, also showing the site of one of two aqueducts on this line as the Haines Branch crossed the River Tame. 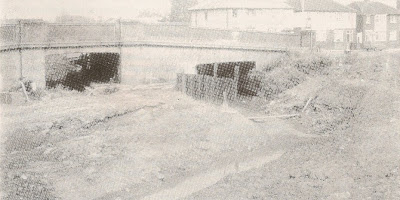 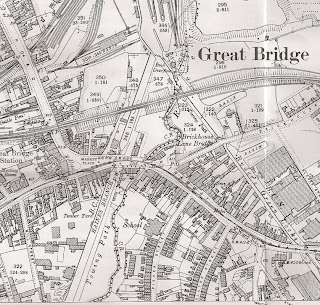 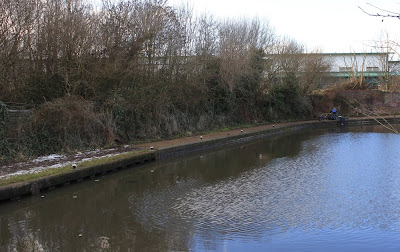 Entrance to Haines Branch from Walsall Canal
The canal left the Walsall canal immediately below the bottom lock of the Ryders Green flight and was built in 1833, which makes it one of the later canals. An inspection on the ground reveals no trace of its passing and there isn't even the nerest hint of a closed branch along the towpath. In fact the first few hundred yards are built over and lost entirely, intially in the form of a factory building and then a large car park. 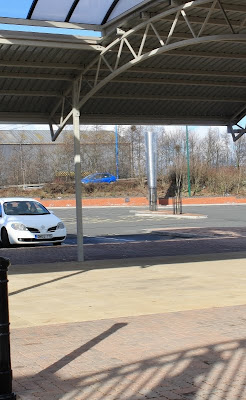 Line of Haines Branch from junct to Great Bridge
One has to skirt round to what was the old market place of Great Bridge to pick up the line in the shape of a bridge with the name of the area embedded into the railings. Great Bridge was clearly a thriving local community a hundred years ago, but now most of it's character has been lost as it has been blended into the wider area. 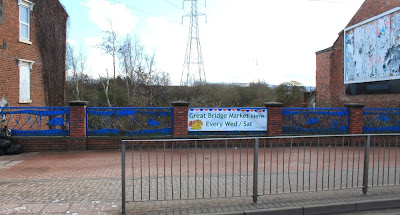 The bridge at Great Bridge
The canal emerges triumphant south of Market Place, with a reed filled watercourse fringed by a well restored towath trail. There is even a commercial building with a cantelevered deck leaning out over the cut, which is a relic from it's operational days. This clogged channel continues into a wilderness but with all traces of the arm to the west now lost. 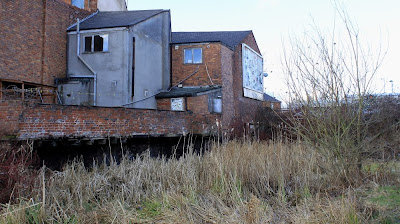 Haines Branch Canal south of Great Bridge
The pathway crosses to the west of the canal, with the bed veering towards the course of the river Tame, which is ultimately cut into the old canal track, but a good 5 or 6 feet lower down. 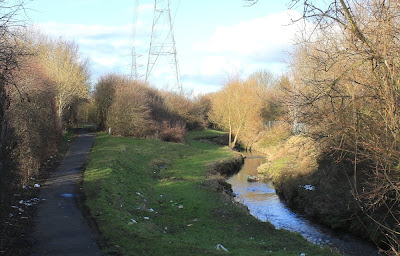 River Tame in the base of the canal bed - Sheepwash Bridge
This tree lined section ends at Sheepwash Bridge though which the river now appears to utilise the canal culvert. However, a closer inspection of the southerm face of the bridge reveals a bricked up entrance beneath the apex, with a new apeture having been created for the river's passage. On the northern side the canal entrance has been covered by a ramp carrying the path up to road level. 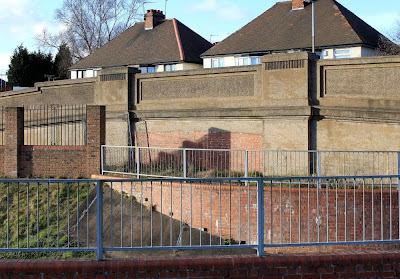 Bricked up canal under Sheepwash Bridge, Great Bridge.
Posted by Andy Tidy at 6:00 am