A Star is Born

No we havn't been on Strictly - but close!
September 2014

If you were wondering why we made a mad dash to Wigrams Turn over the bank holiday, all can now be revealed. 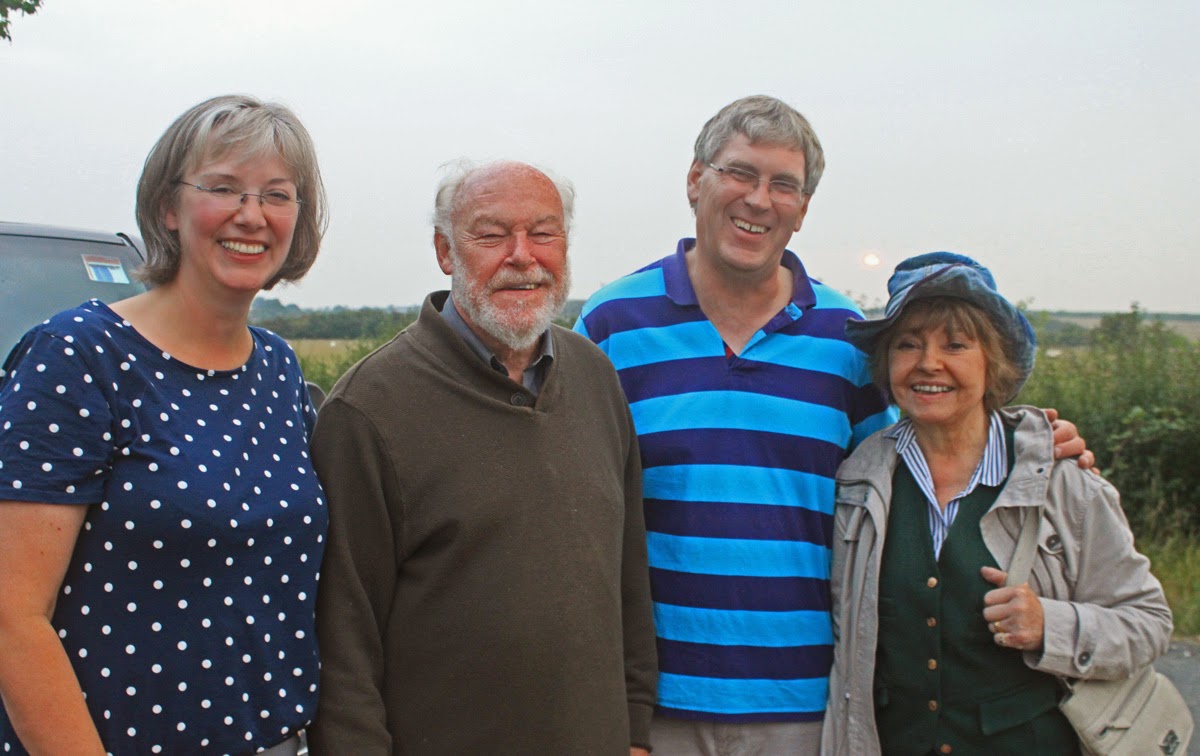 With Tim amd Pru - after the "its a wrap"

Thanks to a comment by Maffi, we were asked to take part in the next series of Great Canal Journeys with Timothy West and Prunella Scales. And so we spent the better part of Friday afternoon miked up and trying very hard to ignore the presence of huge cameras in the confines of Wand'ring Bark. 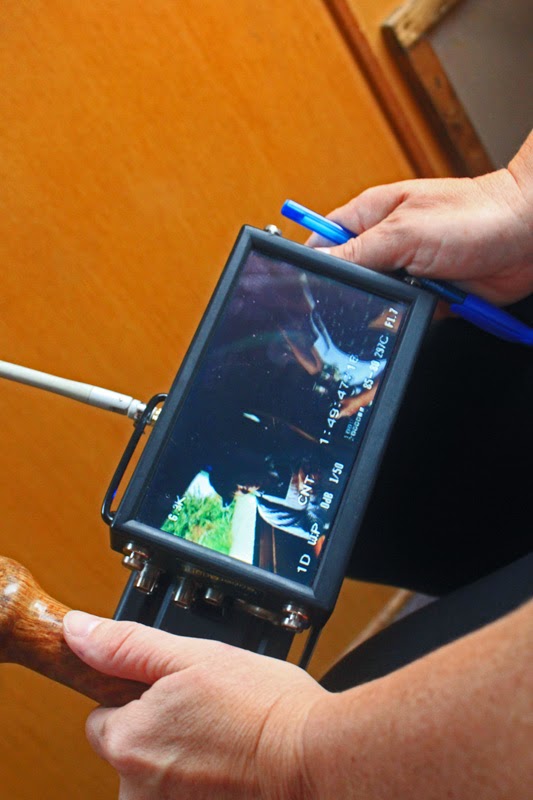 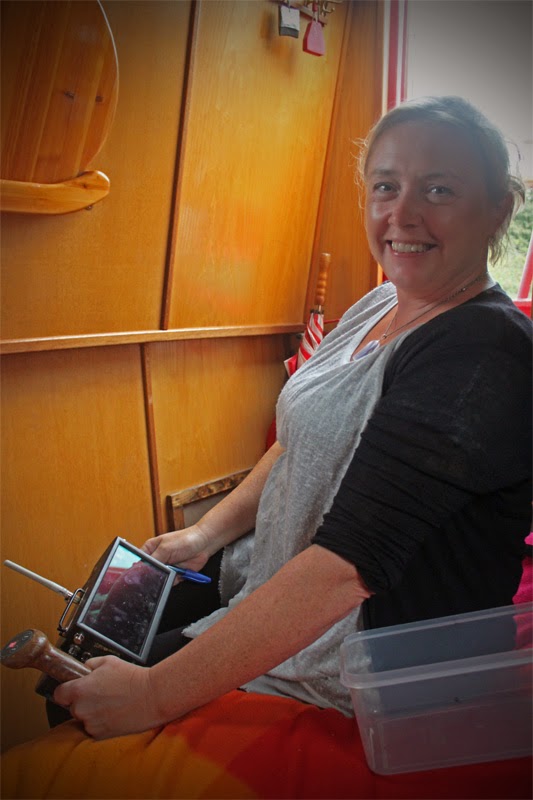 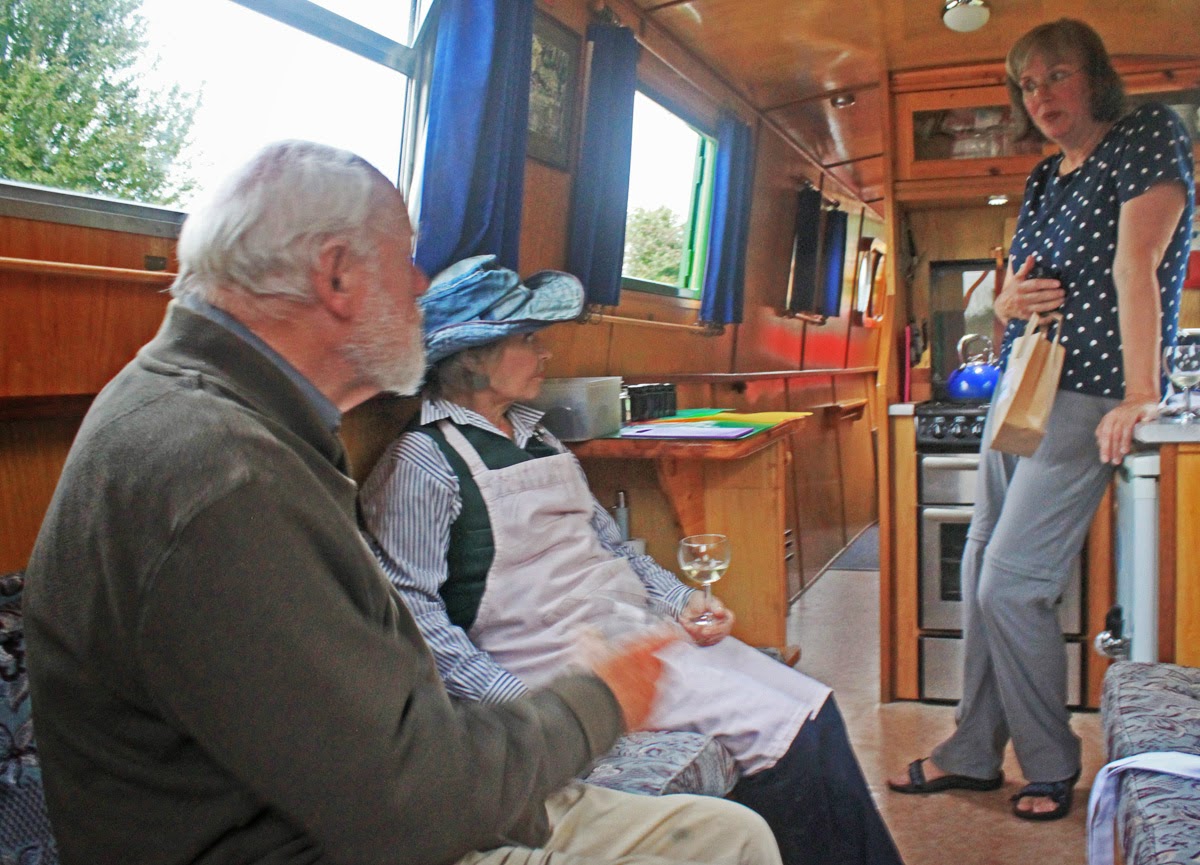 Filming in a narrowboat has its challenges

The brief was to do a spot of foraging with them as they explore the South Oxford Canal so Helen was off with Pru making jam whilst I paired off with Tim to pick Sloes and make Sloe Gin. 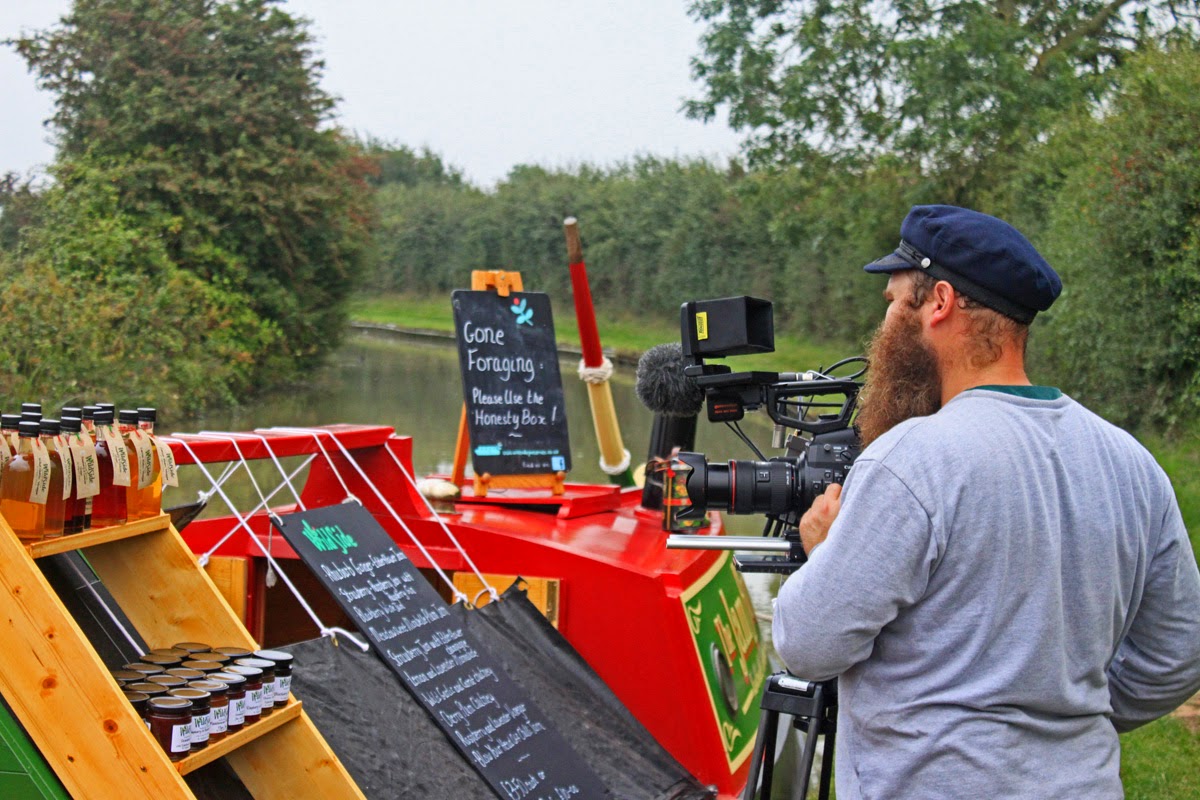 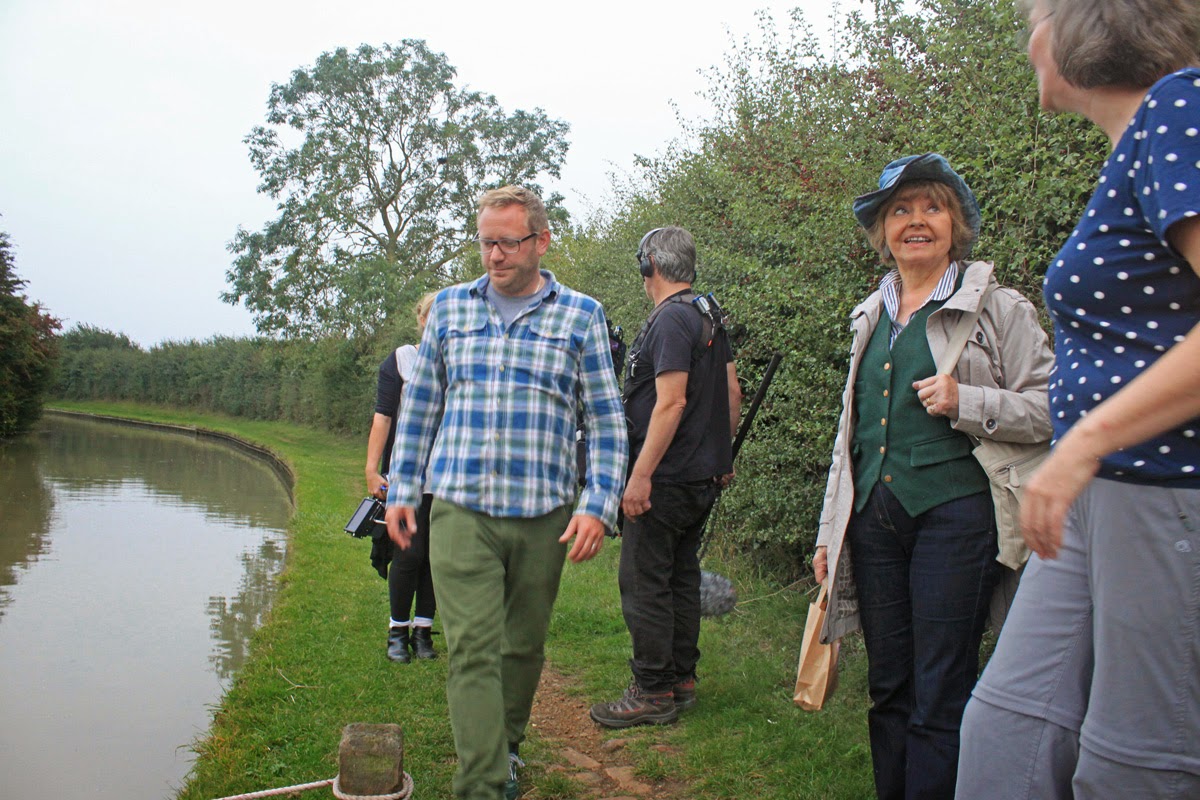 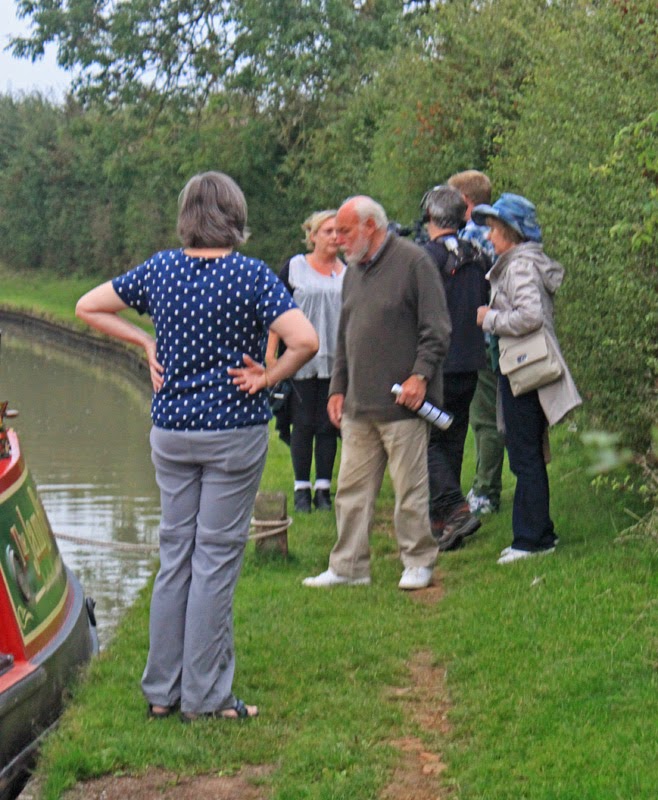 I have to admit that the whole experience was great, certainly a highlight of 2014 and Tim and Pru were a delight to meet and spend time with. 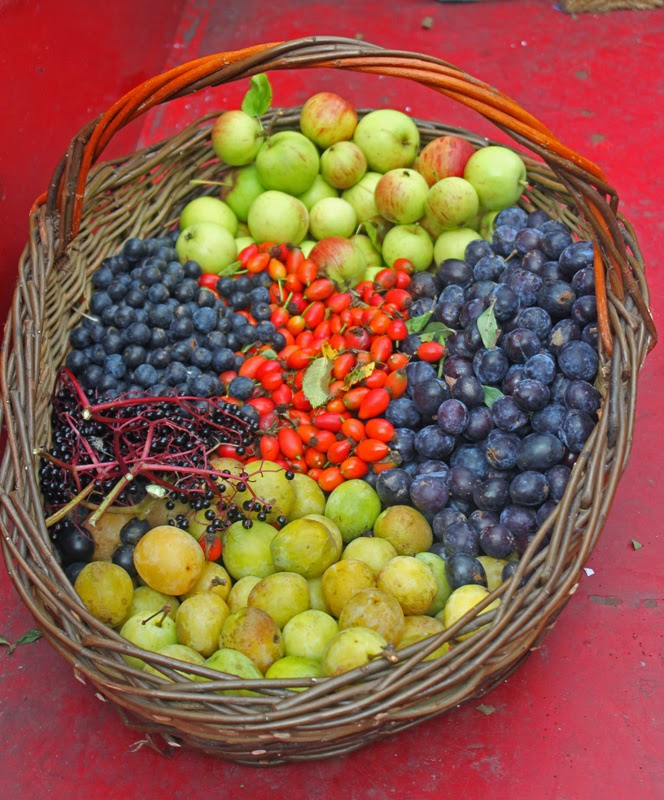 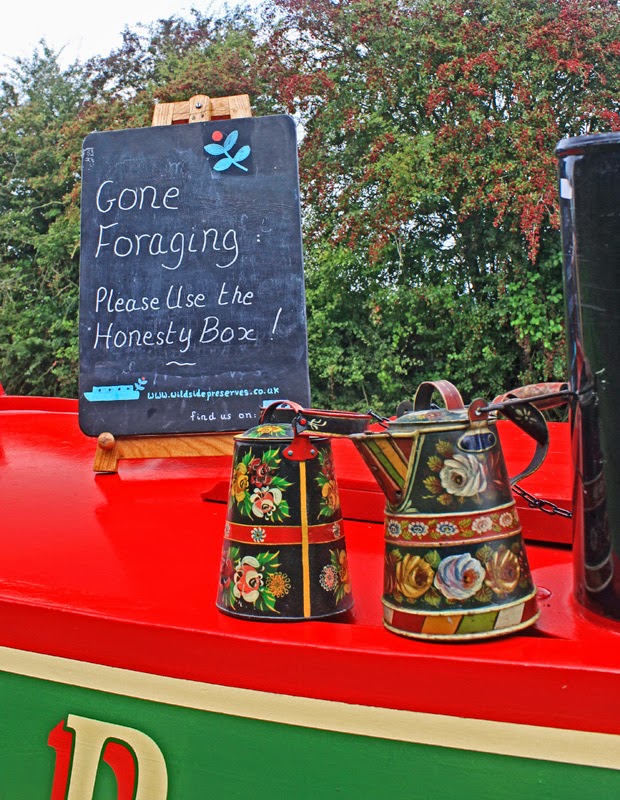 Hopefully the snatched photos give a flavour of the experience. 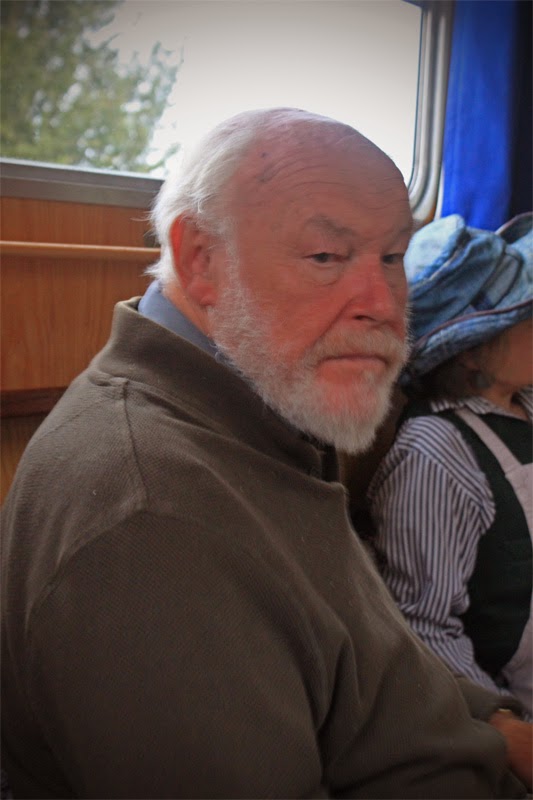 My big apology is to all the boaters using the Napton Flight who found both out boats tied up on the lock landing - it was their idea, not ours - honest!
Posted by Andy Tidy at 7:04 pm

What a great experience and honour to share some time with Tim & Pru, what nice people they seem to be :)

Will there be a 'special edition' of the Pru Jam available soon, Celebrity Come Picking?? LOL

What a great experience for you both!