We pick up the trail of the Oldbury Loop as it emerges from beneath the Health Centre and Primary School. 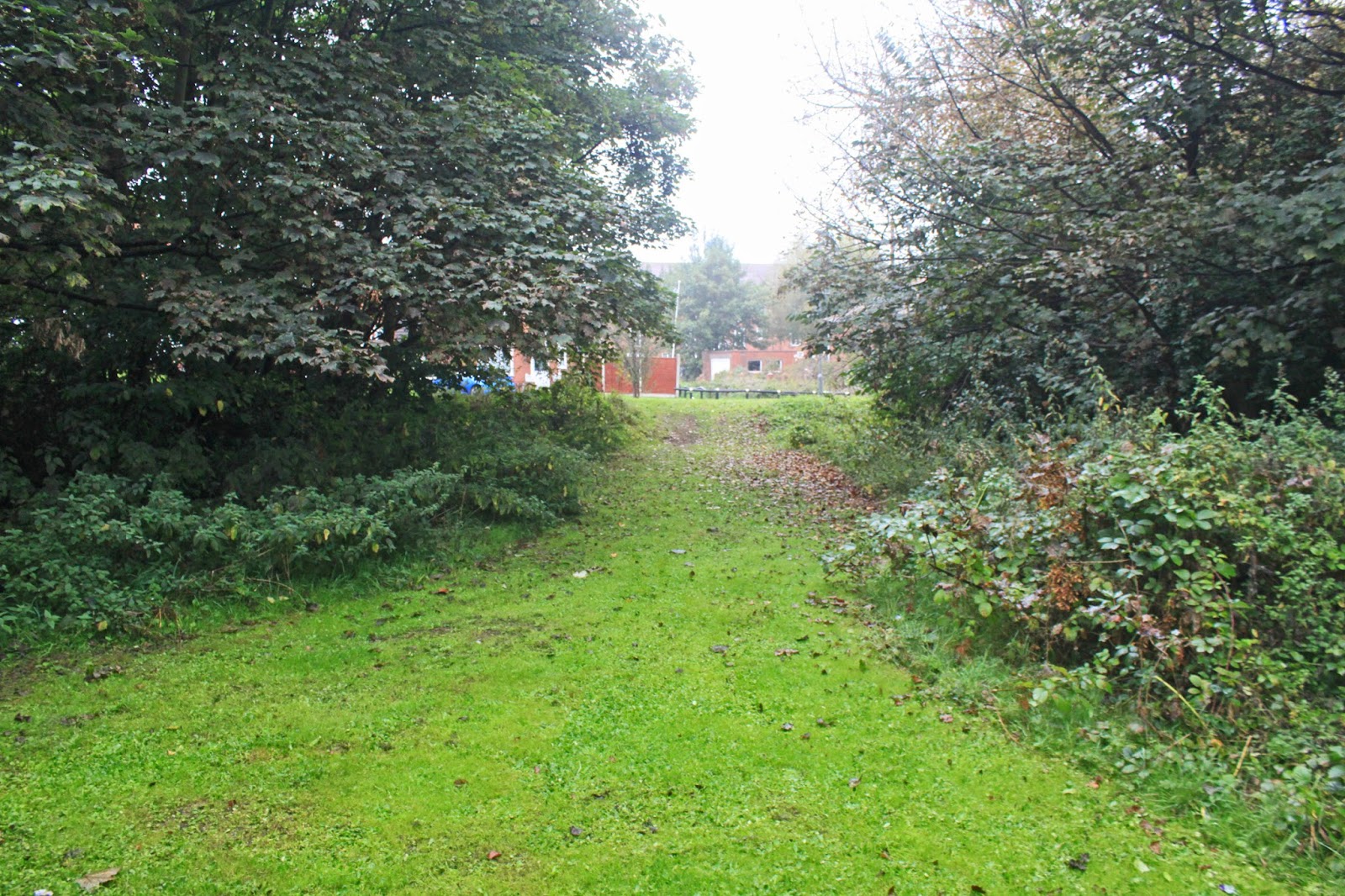 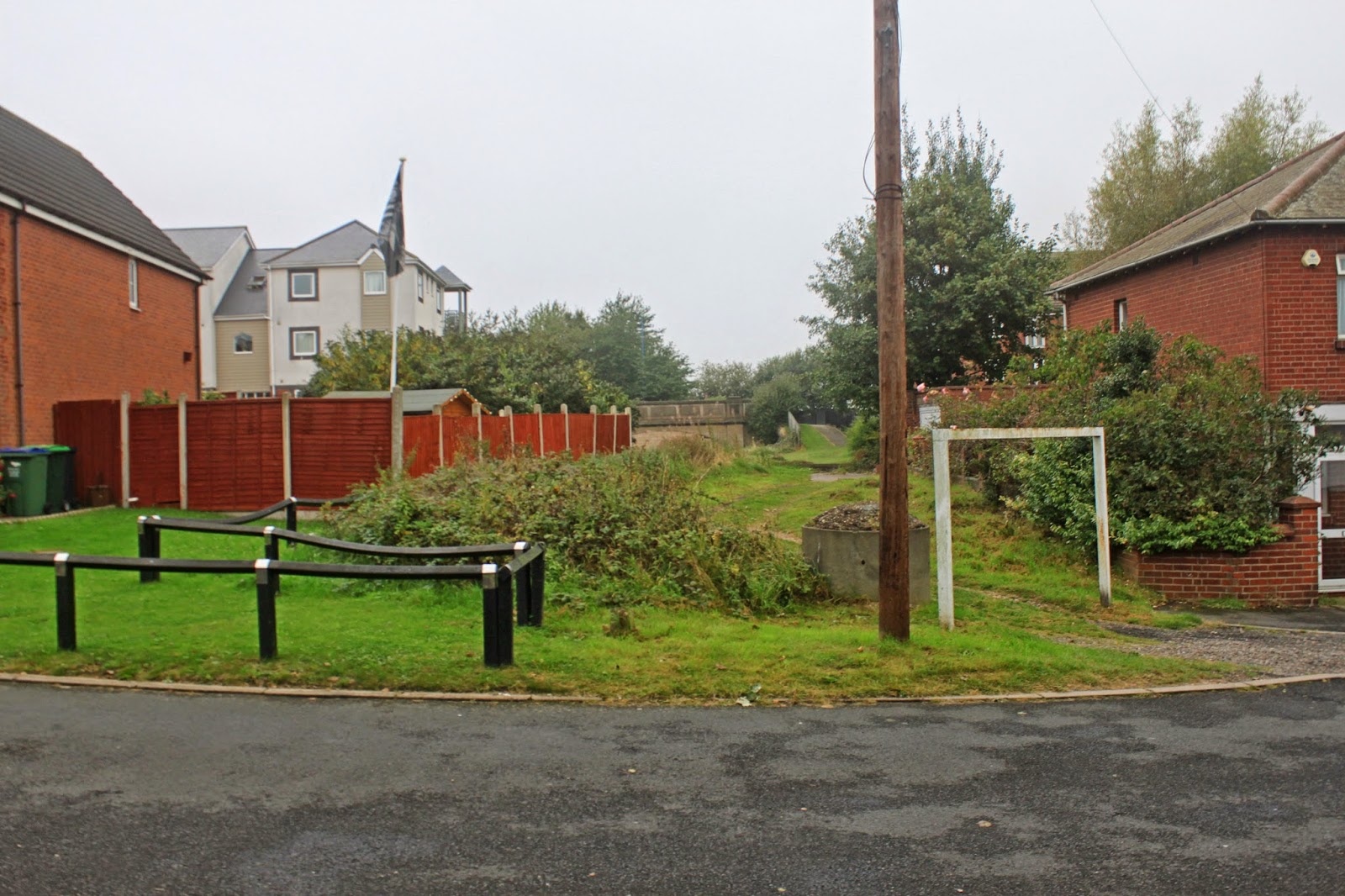 Undertaking this sort of field work does carry its risks. Fortunately my wanderings were conducted at 9.00 am on a Saturday morning but mooching around a school with a camera isn't generally very advisable and I was glad that I wasn't picked up for some sort of illicit or undesirable activity. That said, a delivery driver saw me marching round in purposeful but erratic circles and asked me if I was lost. He seemed genuinely interested in my quest for a canal which was filled in 60 years ago and suggested that I may find some remains neat Sandwell Council's offices to the north of the town. 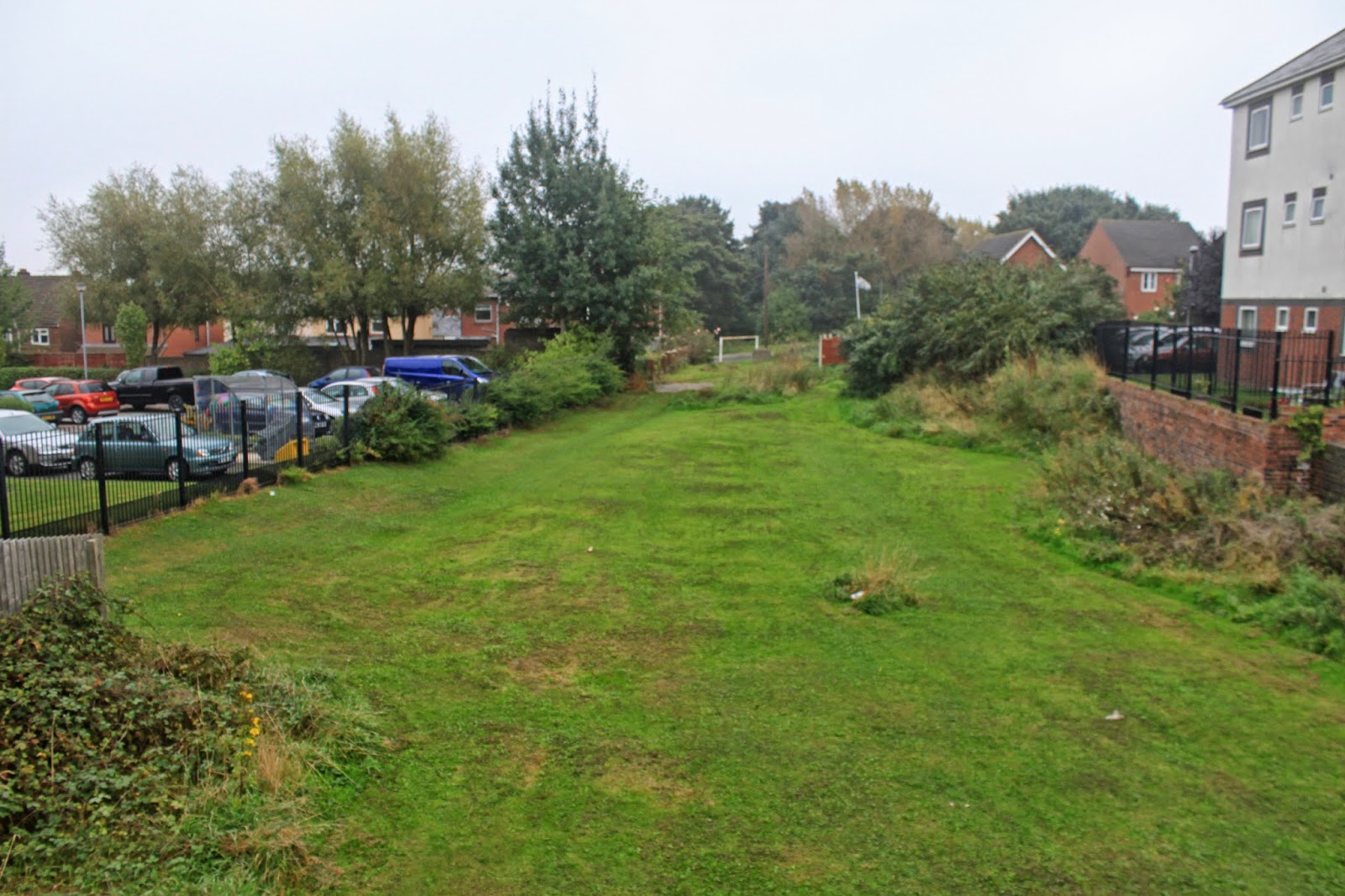 I skirted round the school playing fields and managed to pick up the line of the canal just beyond New Meeting Street, an area occupied by modern housing. The line of the canal has been left as public open space and I laughed out loud when I approached Bromford Road. The canal may have gone but the bricked up arch stands clear and proud, probably the best built remains on the 2.5 mile waterway. 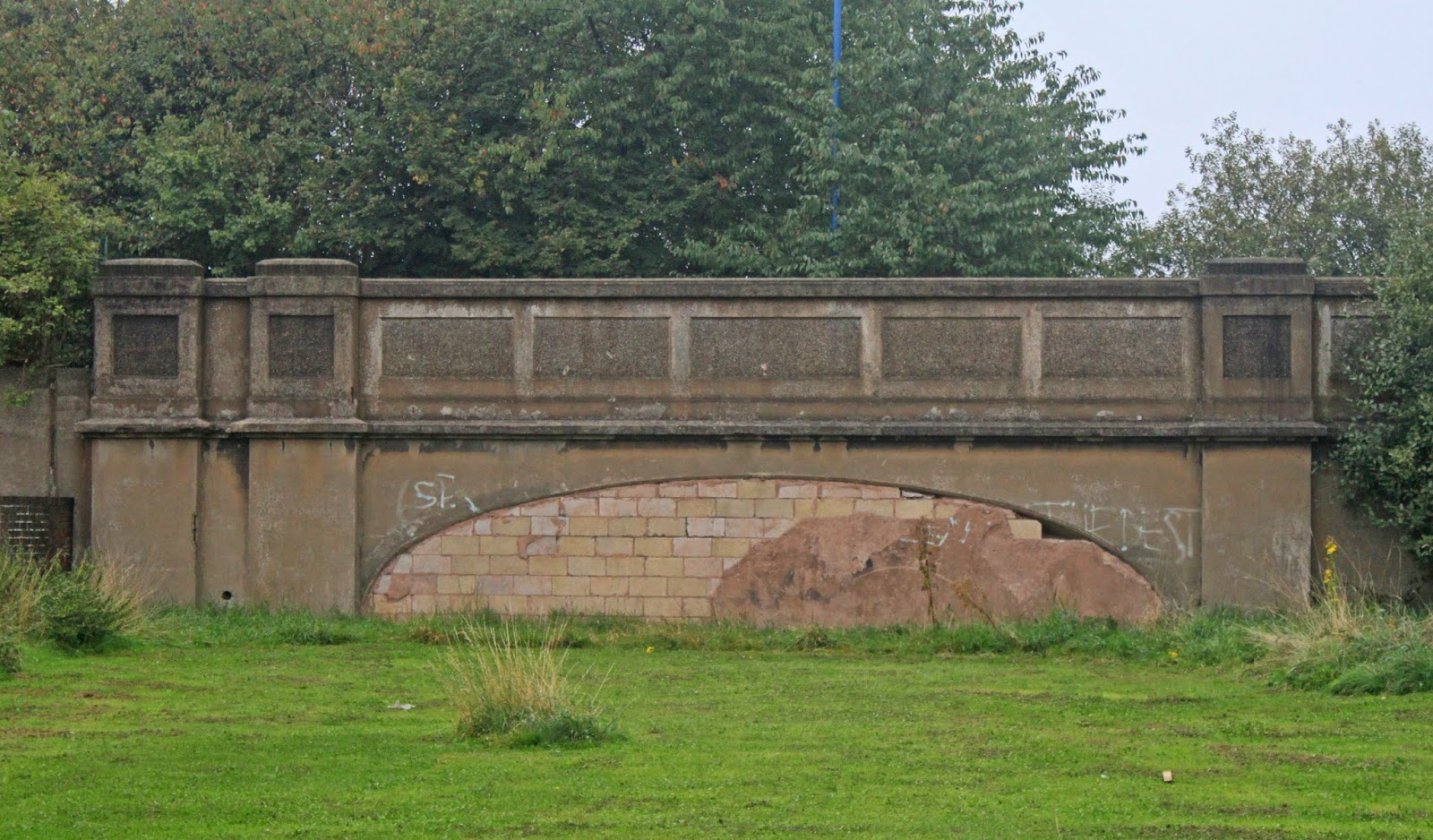 Beyond Bromford Road the canal bed can be found in an overgrown stand of trees (behind the fence marked "Dangerous - no access"). It's course then either tracks beside or lies under the Oldbury Ringway, but the wide bit of open ground to the north of the road and the off set location of the foot bridge support (probably on the site of Cockscroft Bridge) gives credence to the canal route being to one side of the road. Certainly the 92 year old gentleman and long time local resident I stopped seemed to think that is where it used to lie. 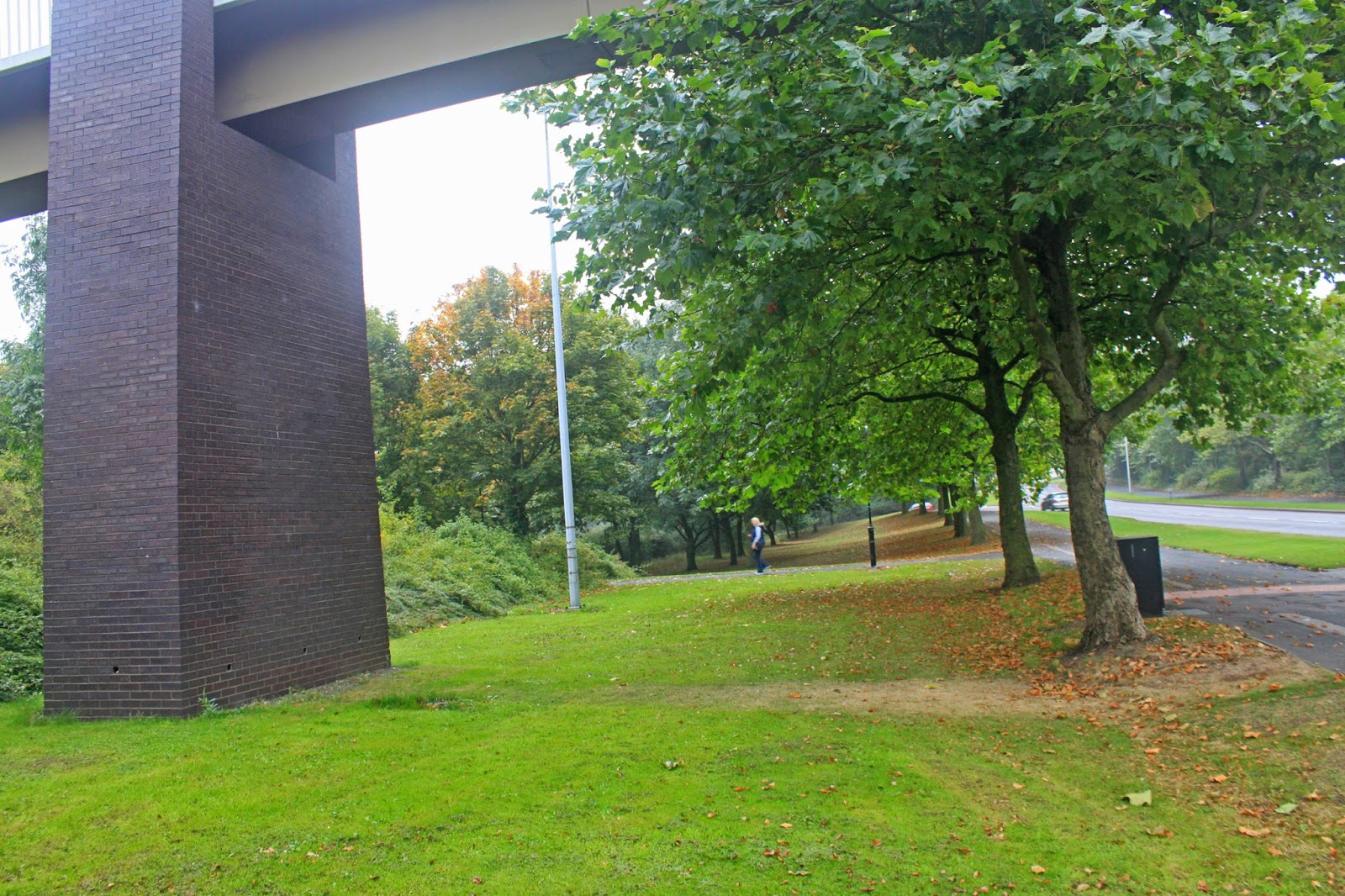 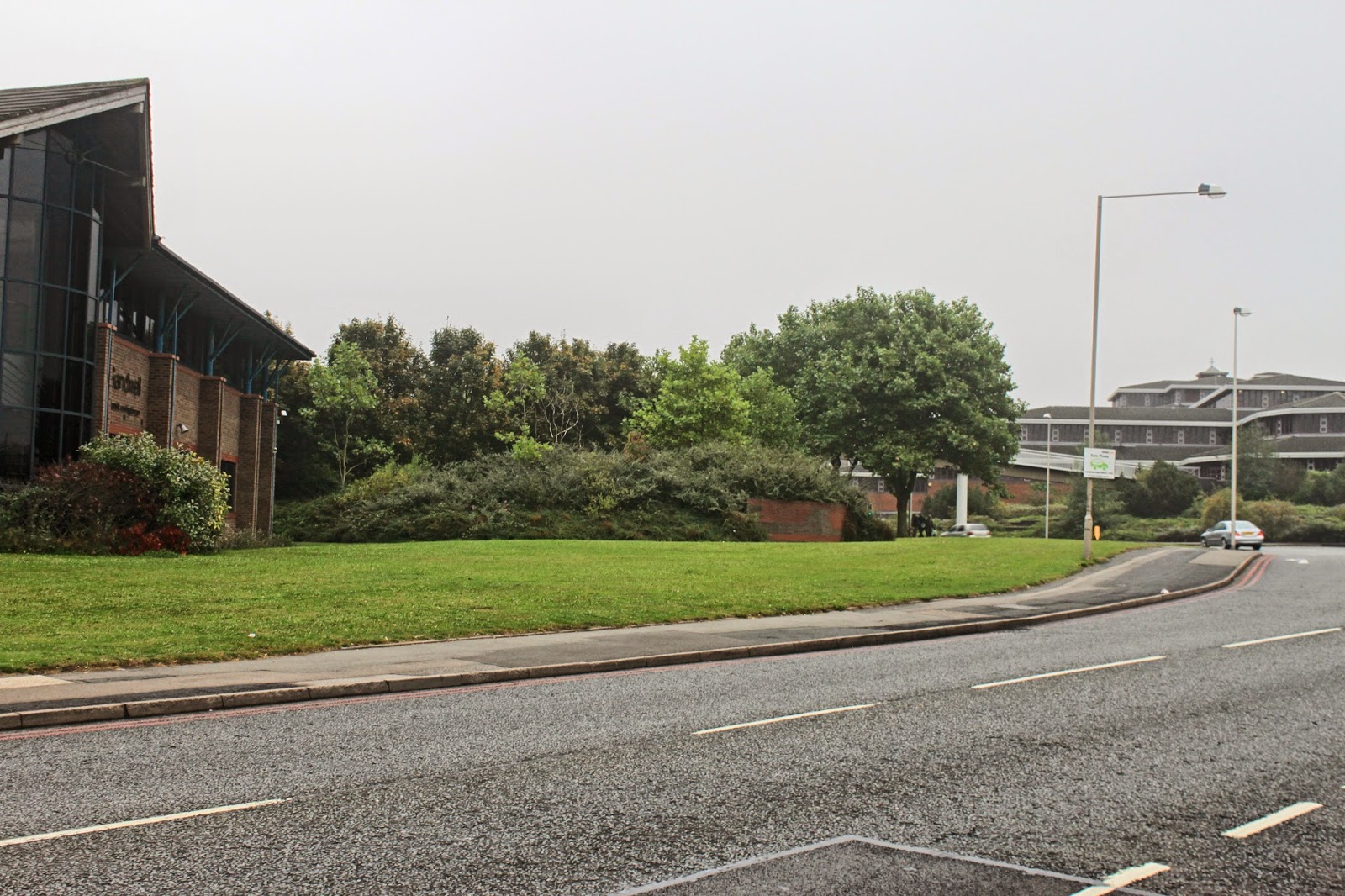 Probable line of the Canal near Sandwell Council's offices

For the remainder the course is a matter of conjecture. The line appears to track just to the north Newfield Road, running behind an electricity pylon, behind the loading bays of the new retail outlets, and in the grounds of a now abandoned factory. The site was closed at the time of my visit but reference to Google Earth reveals a very short length of canal as it approaches the New Main Line, and still in water being used as a cooling pond. 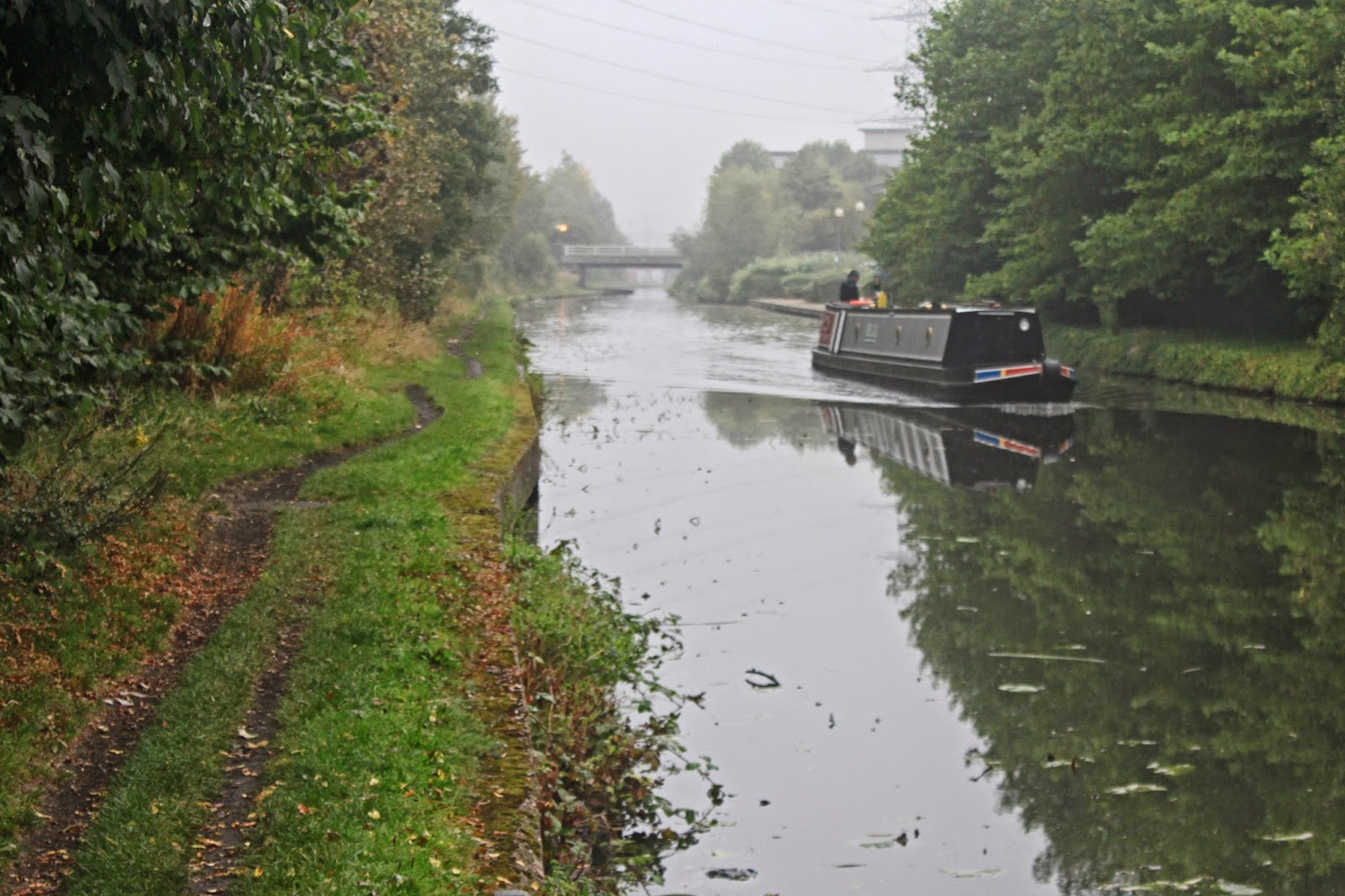 The northern exit to the Old Main Line is even more obscure that its fellow to the south. There is no trace of a roving bridge and the only clue as to its whereabouts is a gap in the bull nose engineering bricks which edge the towpath, replaced by a rather crude stretch of concrete.

To be honest, I never expected to find a lot of remains here but in the end the route more than justified two hours of my time and a soaking when the heavens opened on an ill prepared canal historian.