Whilst looking at the Oldbury Loop. I also decided to take a look at the Tat Bank Branch, originally a feeder from Fens Pools to Rotton Park Reservoir and later part extended to navigable dimensions. Tat Bank Branch Canal Map from The Other 60 Miles 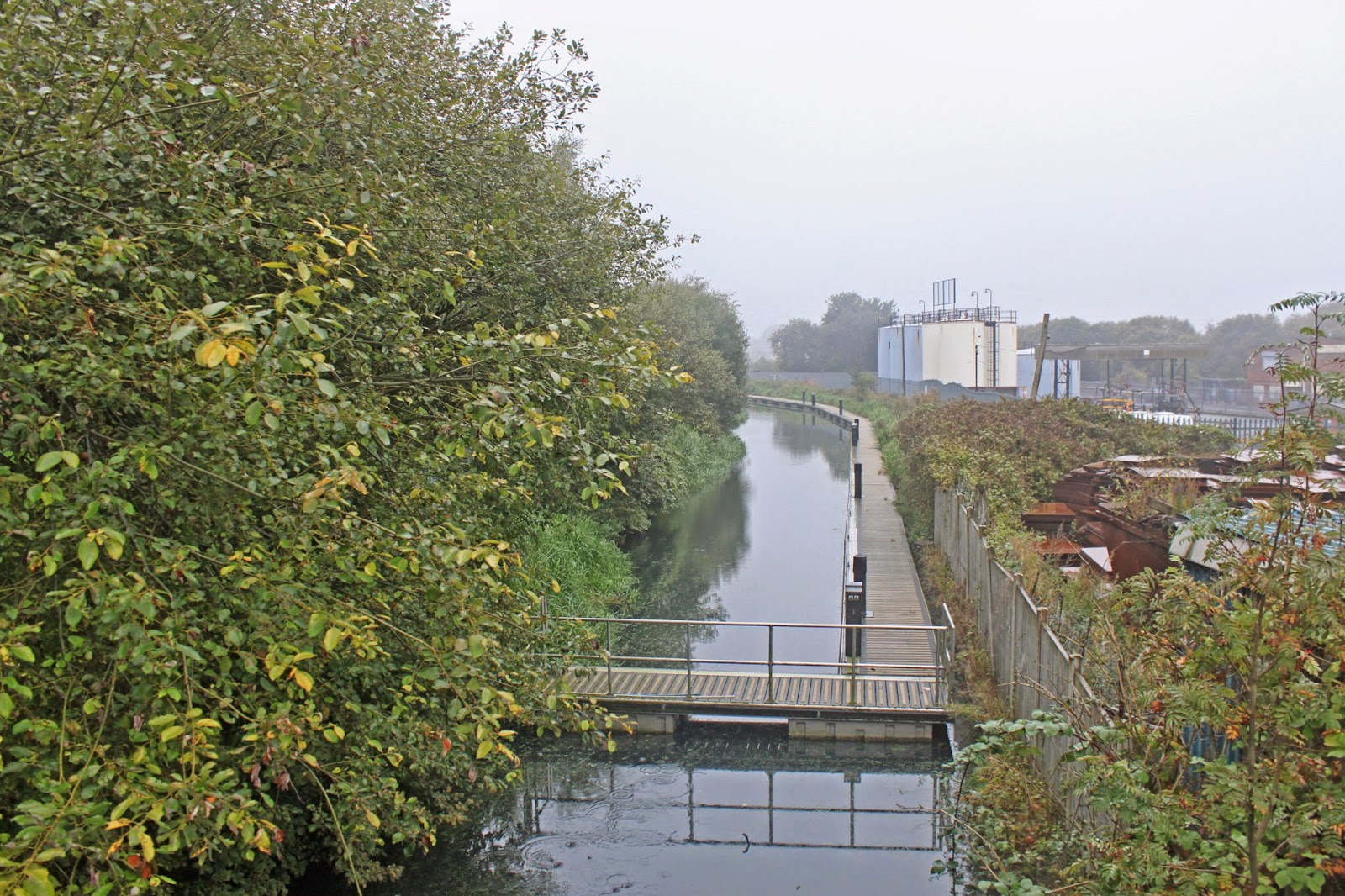 At the time of my visit it was pouring with rain, which was particularly suitable for a canal with no tow path access as it passes through factories. This was therefore a bridge hopping
expedition.

The feeder channel can still be found here and there but the navigable enlargement took place in the 1860's. It failed to generate much traffic in spite of a railway interchange basin being build and by 1900 it was quietly abandoned. 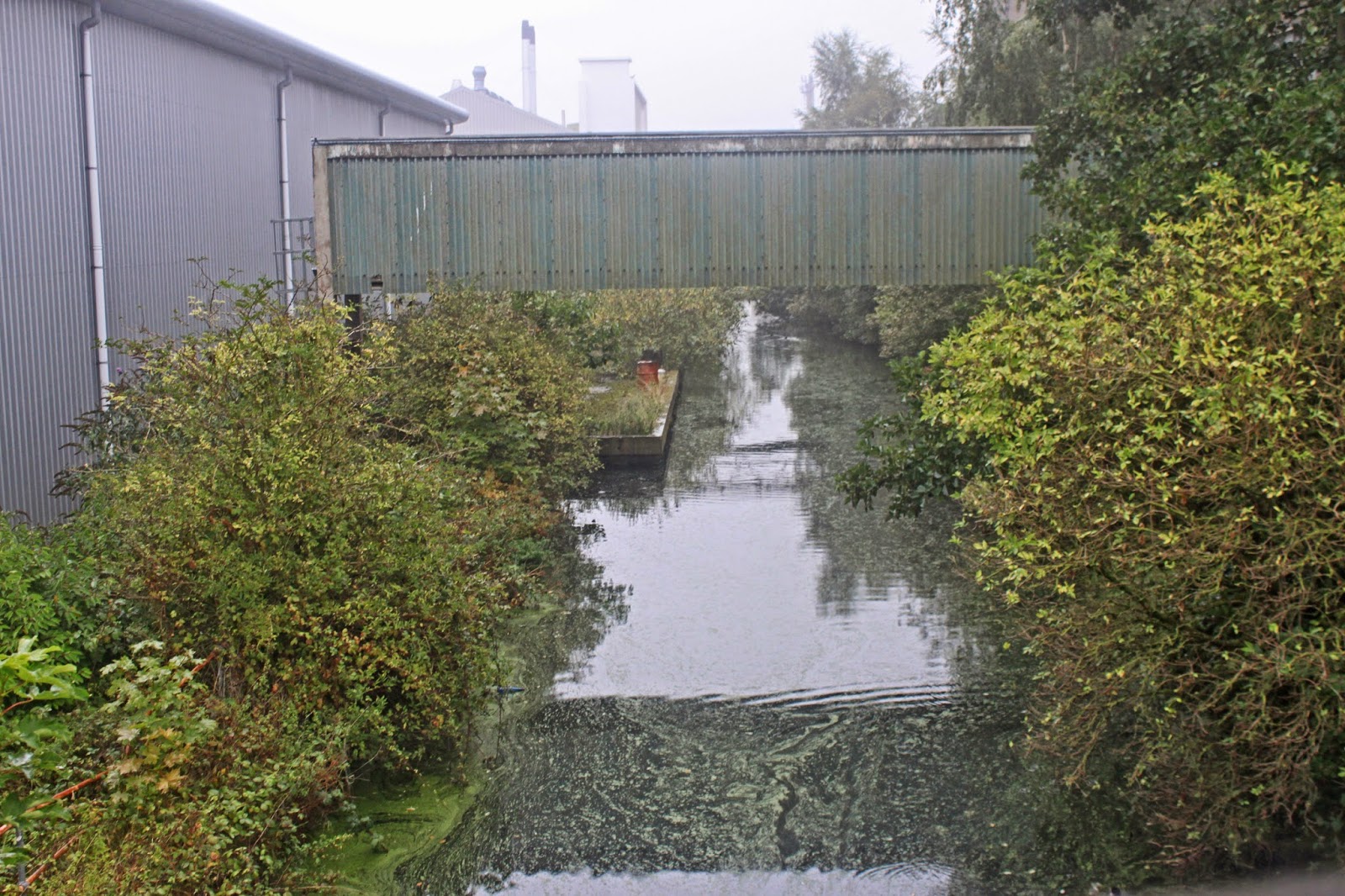 The branch turns sharply left behind the Titford Pumphouse,from the top of the Titford Locks. The first few hundred yard are lined with floating pontoons for residential moorings but strangely they were all empty at the time of my visit (Sept 2014).

This short navigable section is ended by Tat Bank Bridge, but the canal continues in water as it runs through an industrial area with gantry and pipe bridges spanning its murky waters at regular intervals. To be honest its amazing its still in water as it has been abandoned for over 100 years. 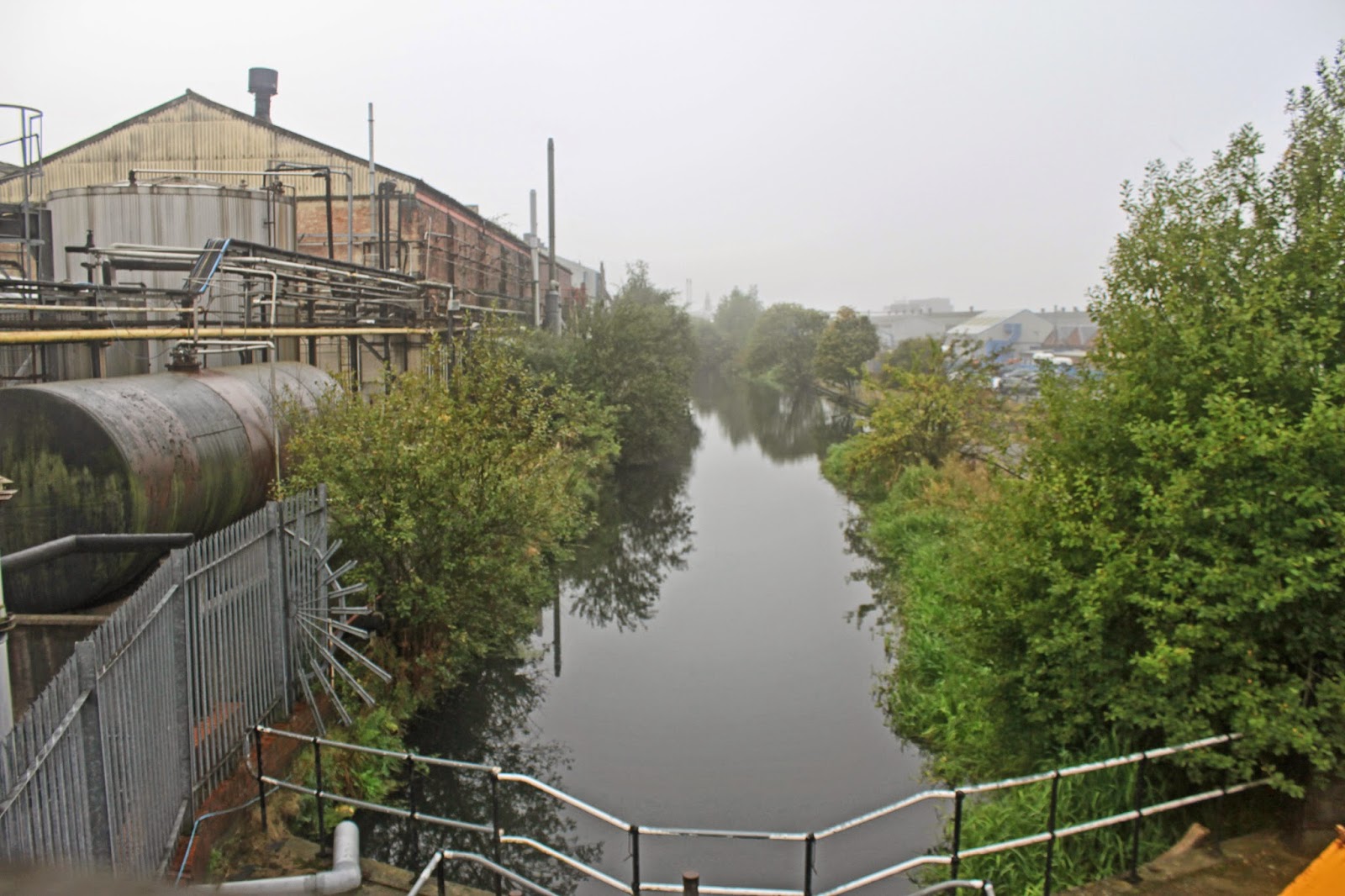 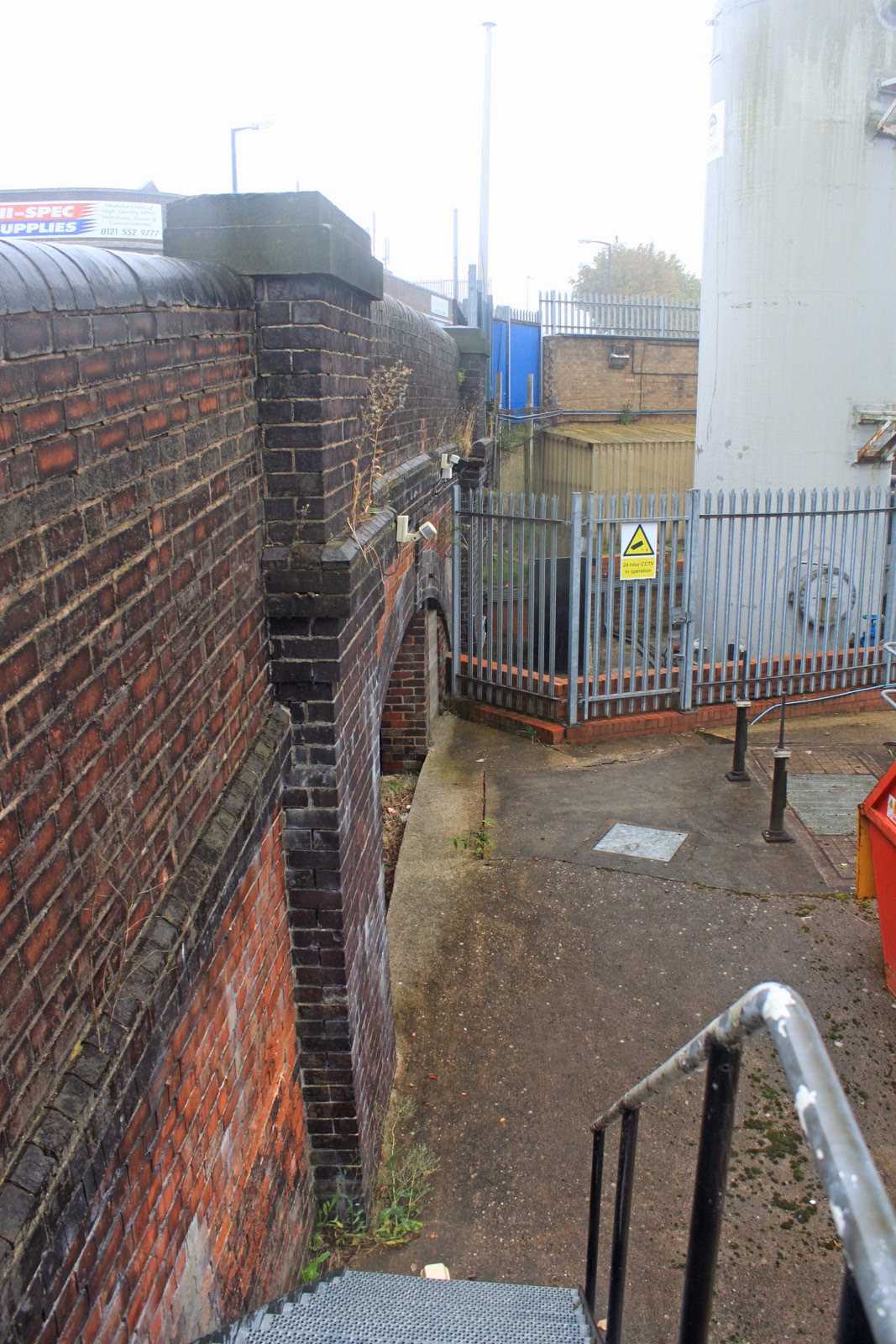 The next crossing is at Rood End Road and most sources mark this as the end of navigation. However, by peering round the bridge it is clear that there is a bridge hole of full navigation dimensions suggesting that boats can and did go further. This is the end of the watered section with any flow regulated by a valve mechanism in a purpose built narrows. 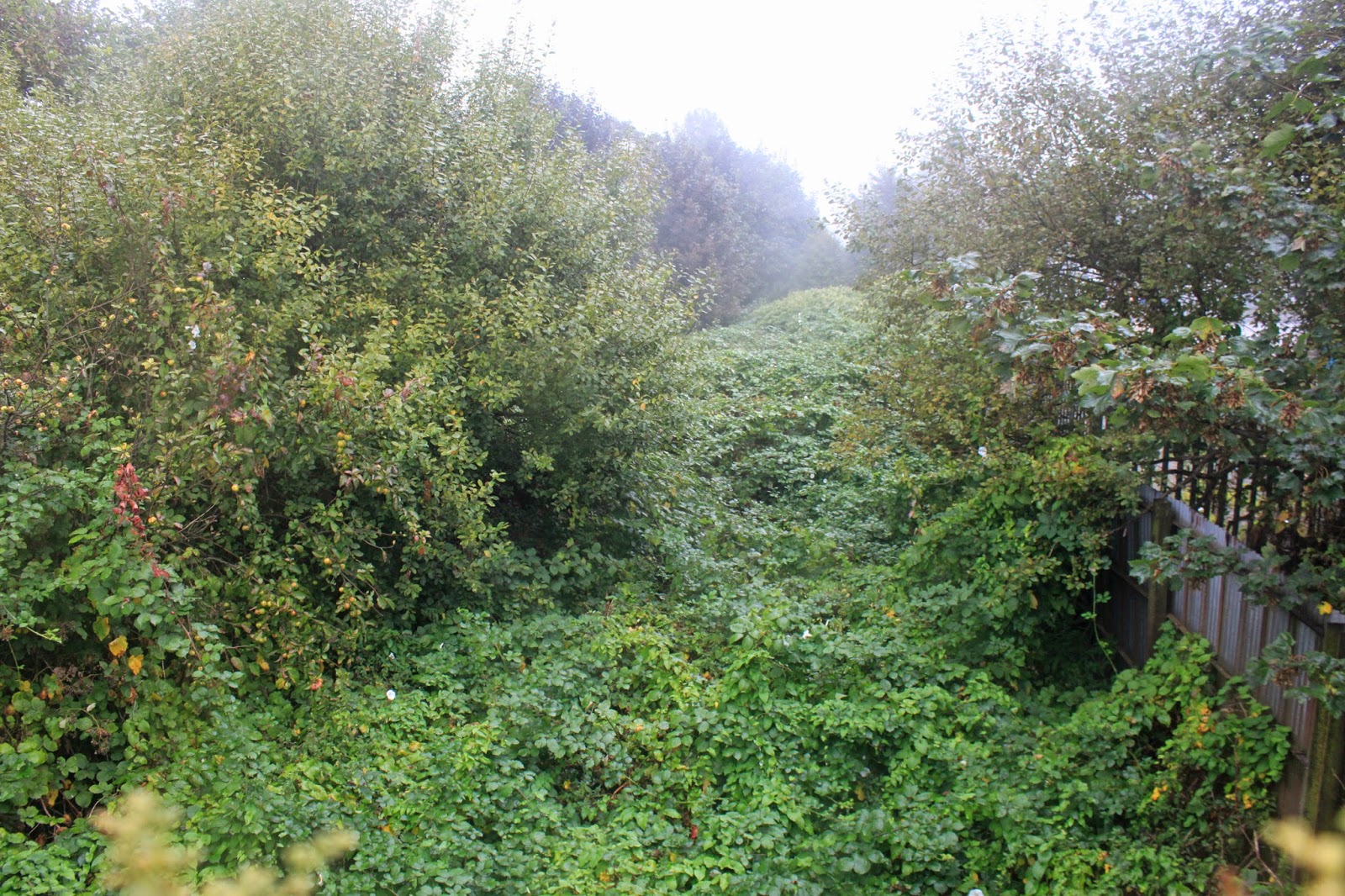 Beyond Rood End Bridge the channel continues but is reeded up. I traced the line to the next accessible crossing where Mallin St meets the Oldbury Road, Whilst there is no trace of a bridge, the canal channel is wide and suggests that this ,may have been the terminus for the 40 years of its operations. Does anyone have any views on this? 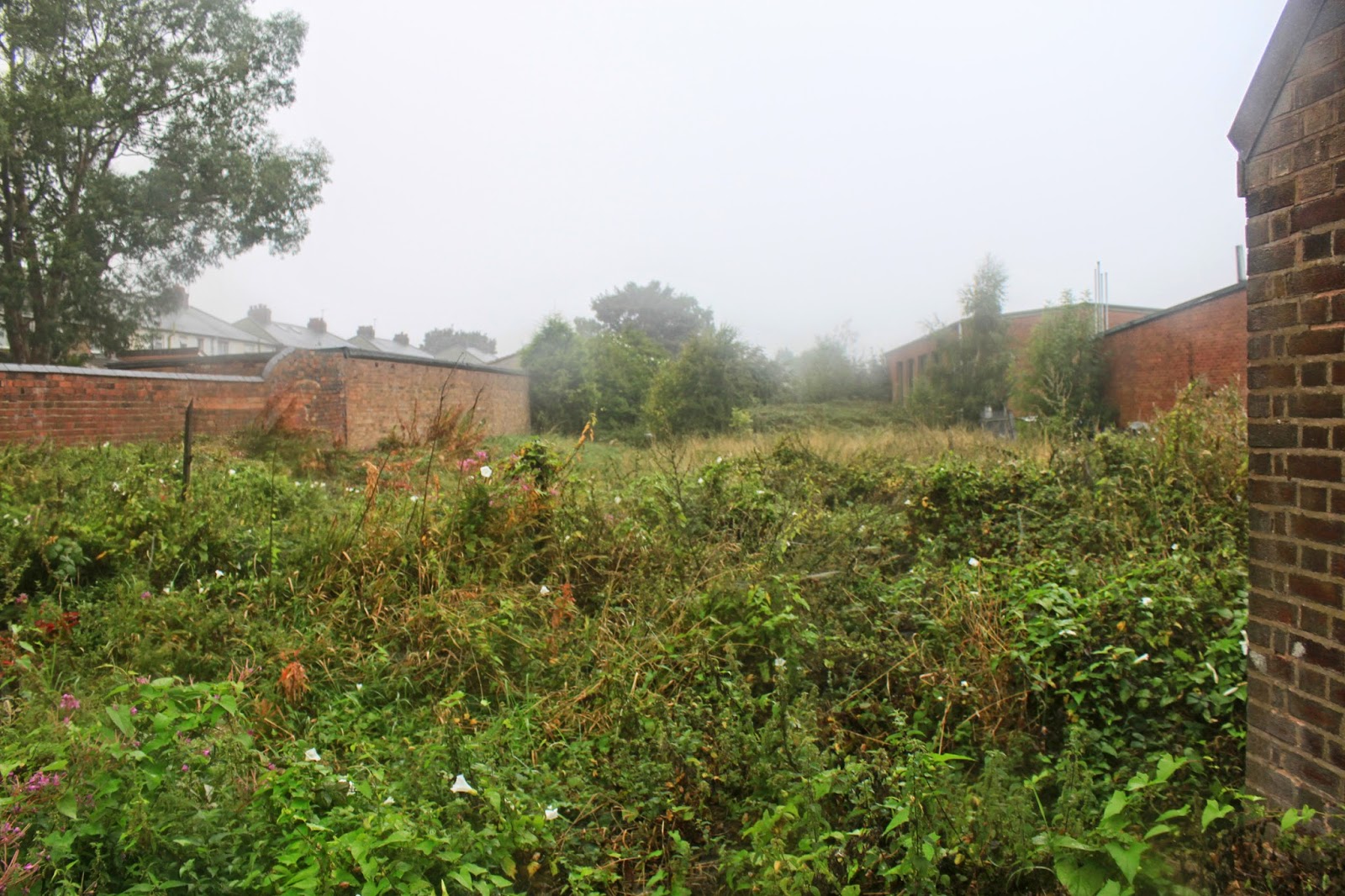